Accessibility links
Tracee Ellis Ross Hits 'The High Note' Amid Racism and Sexism : It's Been a Minute with Sam Sanders Actress Tracee Ellis Ross has been acting for years — from the early 2000s sitcom 'Girlfriends' to her Golden Globe winning role on ABC's 'Black-ish.' She talks to Sam about pushing back against Black stereotypes on and off-screen, pursuing success at any age, finding Black joy during a tumultuous time, and sharing her singing work in her latest film 'The High Note' with her mother, music legend Diana Ross. 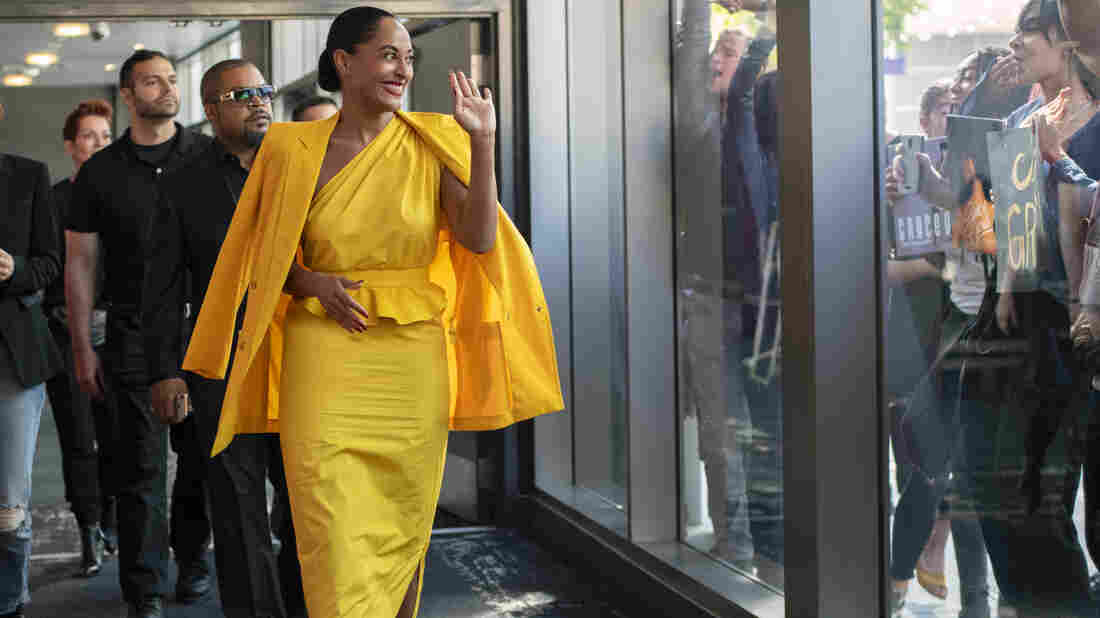 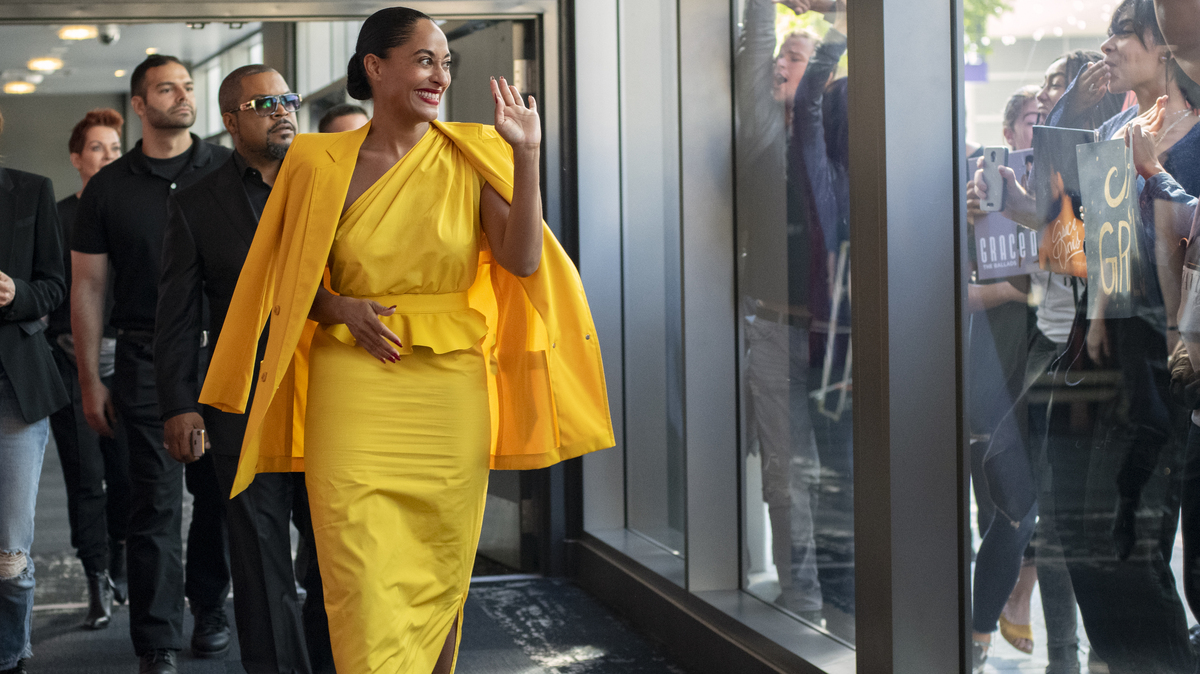 Actress Tracee Ellis Ross has been in the entertainment business for years — from her work in The Lyricist Lounge Show, the ensemble sitcom Girlfriends, and her current Golden Globe winning role as Dr. Rainbow "Bow" Johnson in the ABC comedy Black-ish.

Ross catches up with Sam Sanders and talks to him about processing a global pandemic and witnessing protests for racial justice nationwide. She talks about what the current moment can mean for Black narratives and representation in Hollywood.

"I feel very encouraged about what is happening right now. It also feels untenable and destabilizing," she says. "But there are real structures in place and systems in place that continue to keep things as they are. And they need to change."

She also shares her frustration with an ageist Hollywood.

"We still live in a world where ageism, sexism, racism, they are alive and well,'" Ross tells Sam. Yet she points to the example set by other women she admires. "Look at Michelle Obama. Look at my mom. Look at Jennifer Lopez. Look at Sanaa Lathan. Look at Gabrielle Union."

Ross says the way women are treated across different industries makes her ask one question: "Why you get to a certain age and you get to stop dreaming?"

The High Note is out now and stars Ross alongside Dakota Johnson.

On her mission in her acting and her hair care company, Pattern Beauty

My mission, I feel, has always been around sharing the beauty, the joy, the power of black women. And supporting ownership of our own narratives and the expansion of our equity, both on a(n) individual and personal level. In how you invest in yourself and have your own power in your own life and inhabit your own skin with freedom and joy, whatever that means for you. And also how we do that collectively in the world, how we support each other in doing that.
...
I mean, black women and hair have been at the center of movements and economic shifts and elections and political change and all of that. 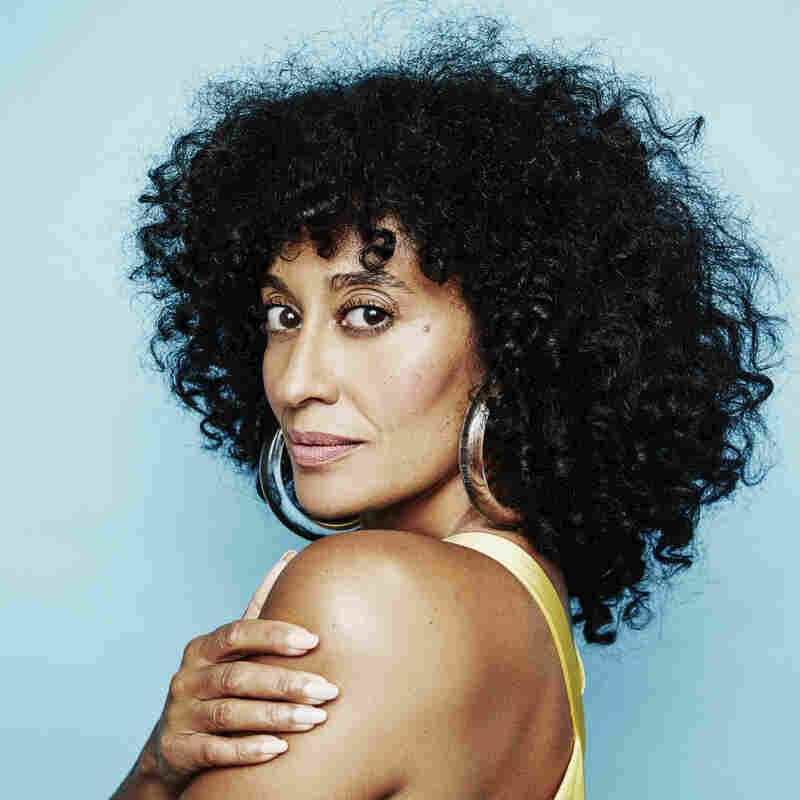 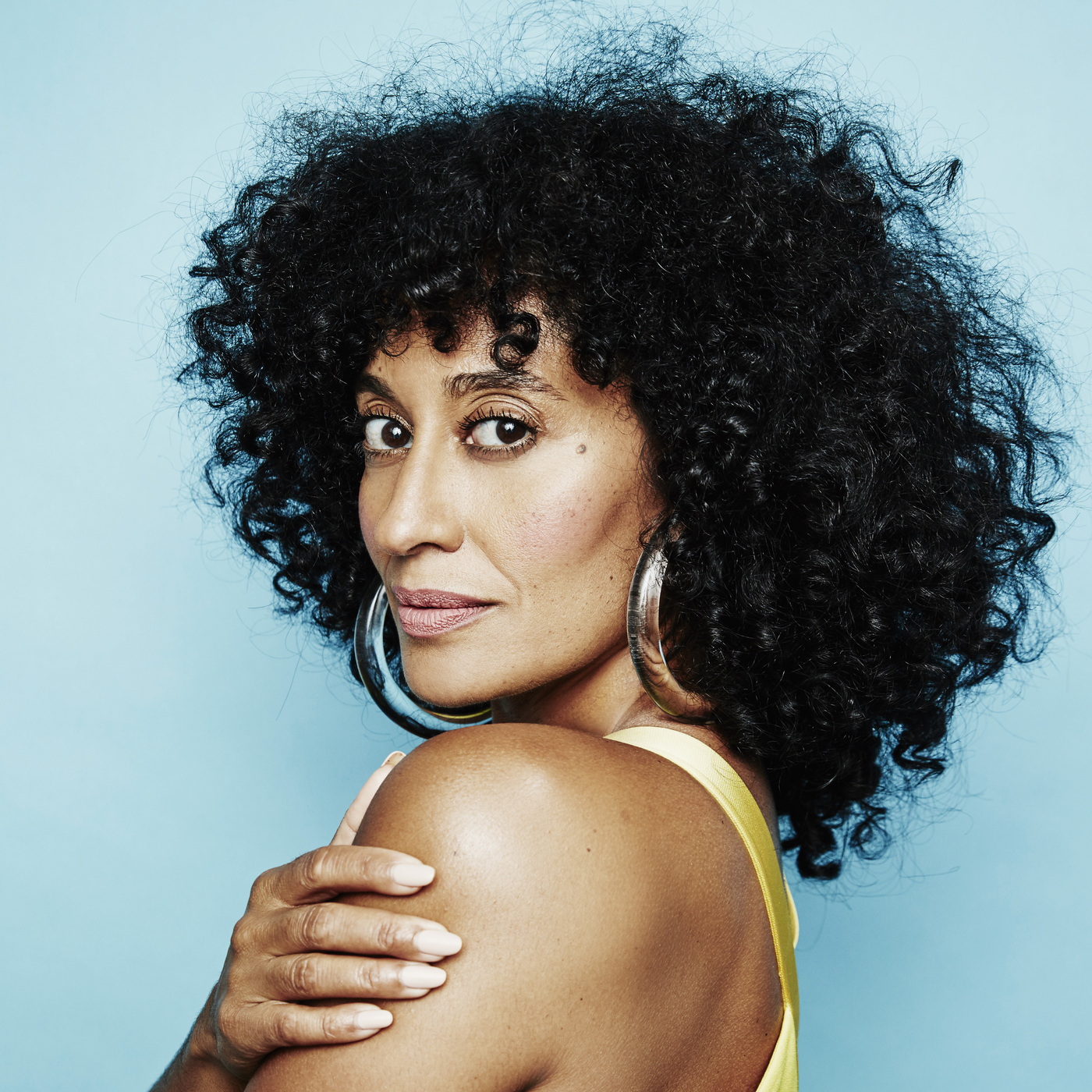 Tracee Ellis Ross stars in the film The High Note.

Maarten de Boer/Courtesy of the artist

Look at our world, guys! Look at what this looks like! We've been here! By the way, this is the other thing I always say in terms of hair, I'm like, we've been beautiful forever! Our hair's been coming out of our heads like this forever. This is not new. Black girl magic might be a new term, but it's an old experience.
...
It's the same thing I said and what I meant at the Golden Globes, like it might be, have been, 35 years since a black woman was nominated or won. But it has not been 35 years since a black woman has been the lead in her life. That is, that is not new information we have been — it's lovely to see yourself in that way. But we've been here being incredible forever. Telling our stories, being our stories, being in our lives, running our lives, doing our lives. So that's not new.

On how she and other women of color have faced sexism, racism, ageism in Hollywood and beyond

I'm 47 years old and I'm the hottest I've ever been. I'm the most comfortable in my skin I've ever been. I feel the sexiest I've ever felt. I know more than I've ever known. I have a bigger and more compassionate heart than I've ever had. I understand the things I don't know. I'm happy to, to name the limits of my own knowledge. Like, I mean, come on. What do you want, (want) me to go back to being 22? No, thank you!

We don't have to turn one off in order to make space for another. The same way black people are not a monolithic group of people. We're not all the same. I also, you know, each of us have all these spaces to who we are. And my job, I feel like my sort of mode of operating in life is walking towards wholeness, not perfection. Perfection is so boring.

I didn't tell her I was singing in the movie, not on purpose, I just didn't. ... Finally, after we had recorded enough of the demo tracks and I felt like I was kind of gaining my footing a little bit, I was like, 'Mom, I'm ready for you to hear.' She's like, 'What?' And I was like, 'The song.' She was like, 'OK.' So by then she knew, and I picked her up in my car. Listening to music in the car is always great because you're in sort of, you know, an enclosed space with speakers.

So I picked her up. We sat in my car in her driveway. And she sat in the passenger seat. And we were holding hands on the, you know, the little thing in between the armrest. And then she finally — you know, she's got a lot of hair. So I couldn't see her face when she was looking for it. And then she kind of finally turned to me and her face is covered in tears.

And she just looked at me and said, 'Finally.'