Accessibility links
First U.S Woman To Walk In Space Dives To Deepest Point On Earth Kathy Sullivan traveled to Challenger Deep, nearly 7 miles beneath the surface of the South Pacific. Already an accomplished astronaut, Sullivan made history with her trip to the site.

1st U.S. Woman To Walk In Space Dives To Deepest Point In The Ocean

1st U.S. Woman To Walk In Space Dives To Deepest Point In The Ocean 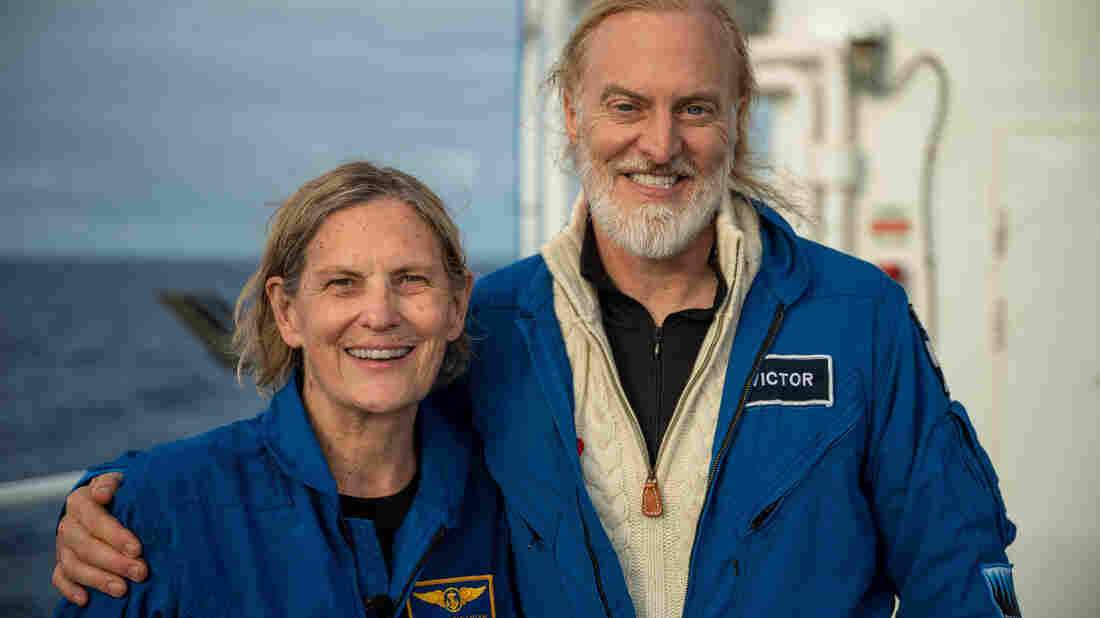 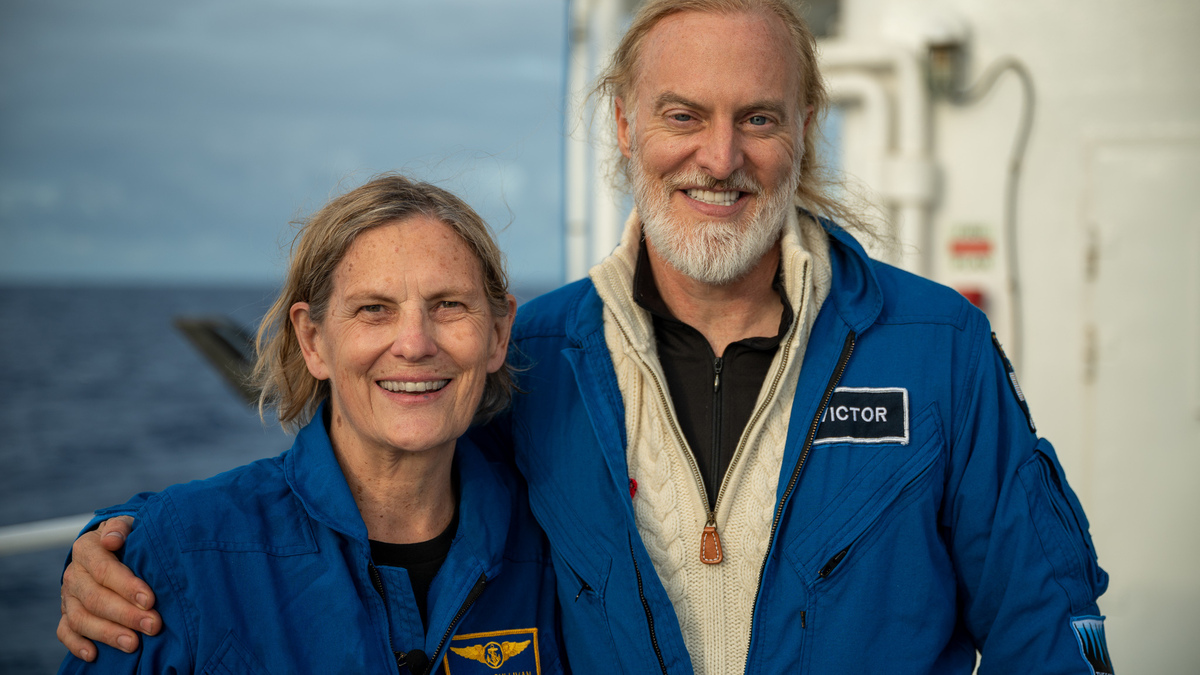 Kathy Sullivan and pilot Victor Vescovo, seen after their dive to Challenger Deep.

Kathy Sullivan has seen her share of highs and lows.

Sullivan, the first U.S. woman to walk in space, a veteran of three shuttle missions and an enshrined member of the U.S. Astronaut Hall of Fame, took a perilous journey downward this week.

She became the first woman to reach Challenger Deep, the deepest known point on Earth, in the Pacific.

On Monday, shortly after completing the expedition in their submersible, Sullivan and her fellow diver Victor Vescovo — who was already one of just a handful of people in the world to reach Challenger Deep — coordinated a call with the International Space Station.

"As a hybrid oceanographer and astronaut this was an extraordinary day, a once in a lifetime day," she said in a statement released by EYOS Expeditions, which supported the expedition.

Just back up from Challenger Deep! My co-pilot was Dr. Kathy Sullivan - now the first woman to the bottom of the ocean and a former astronaut as well as NOAA Administrator! Big congratulations to her! This was my 3rd time to the bottom. Well done by the crew, Triton, and EYOS.

You may remember the name of the site — which rests nearly 7 miles beneath the water's surface, in the Mariana Trench near Guam — from director James Cameron's solo dive in 2012. At the time, Cameron's was the first manned expedition to the area in more than half a century.

Since then, Vescovo has piloted several different missions to the depths of Challenger Deep. All told, EYOS Expeditions said that just seven people had reached the point before Sullivan, all of whom were men.

Sullivan, who became an astronaut in 1979, made history in 1984 as the first U.S. woman to walk in space. (Soviet cosmonaut Svetlana Savitskaya was the first in the world to perform a spacewalk, several months earlier.) Sullivan logged more than 532 hours in space before leaving NASA for the National Oceanic and Atmospheric Administration, where she ultimately served as the administrator.