Accessibility links
Over 400 State Benefits To Get Through The COVID-19 Crisis With limited resources themselves, states are having to get creative helping residents deal with the COVID-19 economic slowdown. But how much help you can get depends on where you live. 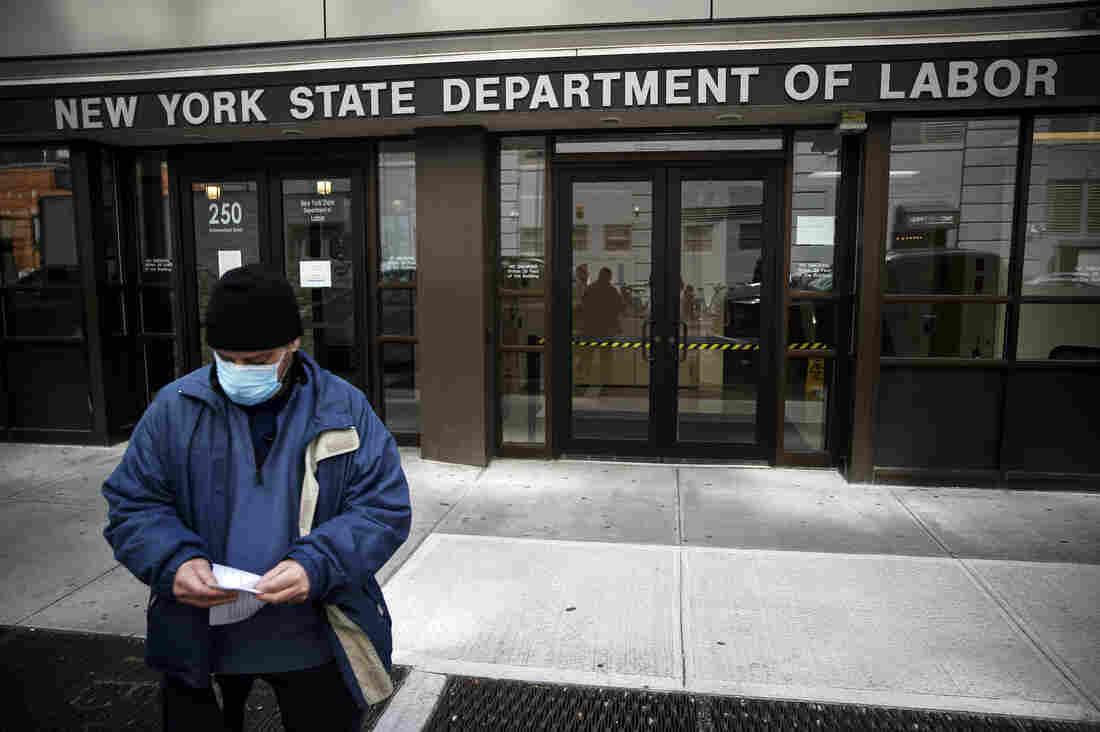 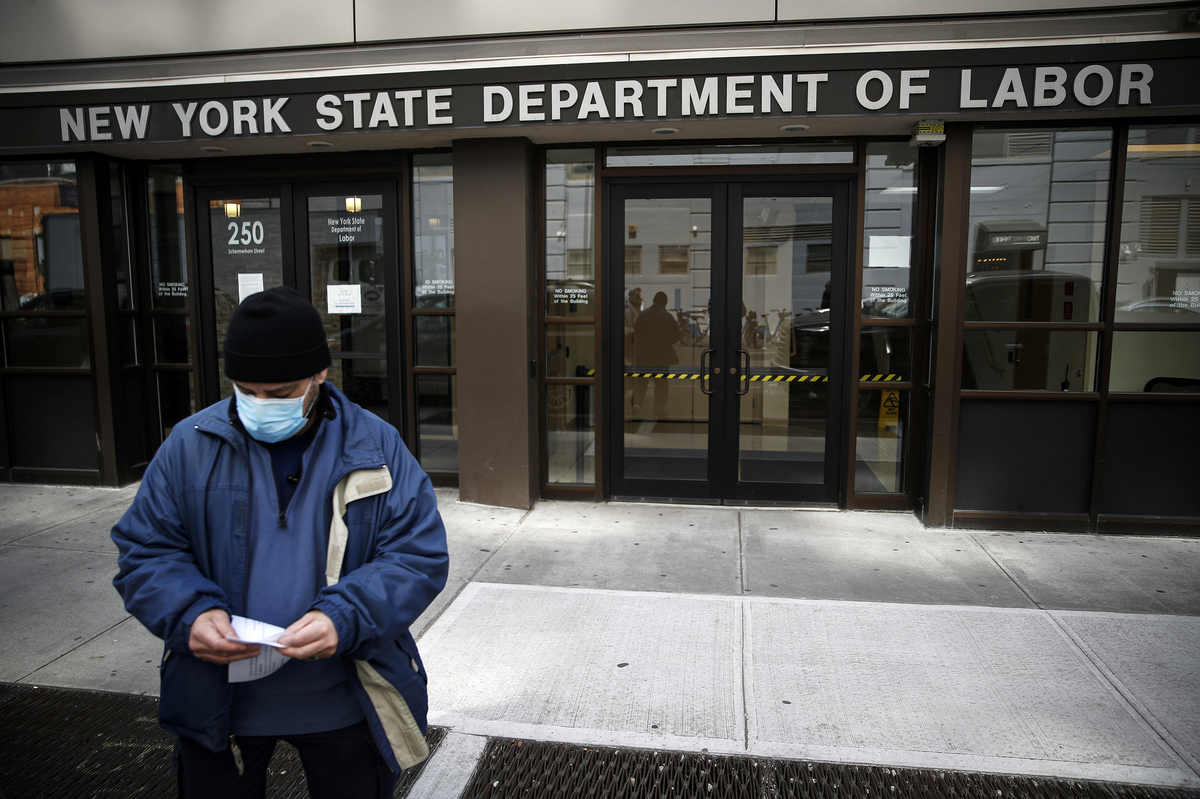 Visitors to the New York Department of Labor are turned away at the door by personnel because of closures over coronavirus concerns in New York on March 18. New York state began offering job protections for those required, or cautioned, to self-isolate or quarantine by a government entity.

Millions have lost their jobs during the coronavirus shutdowns, placing an unprecedented burden on public welfare programs designed to help people in these situations. For those people and others who are hurting financially as a result of the virus, it's often the case that where you live determines what kind of help is available.

Absent further legislation from Congress that would support states' responses to the economic crisis, it's up to each state to decide how to manage the surge of residents and small businesses in need of help. An NPR analysis of state laws, executive orders and policy changes found uneven approaches by states on how to tackle that need.

We built an interactive tool to show you what could be available to you in your state. Though there are more than 400 programs included, there are likely more opportunities for aid out there.

Because of the quick onset of this emergency — and social distancing measures that forced many state legislatures to halt their sessions when the virus took hold — states' options often depended on what sorts of programs existed prior to the pandemic, says Josh Cunningham, a program manager at the National Conference of State Legislatures and a former aide in the Colorado state House of Representatives.

"They have a lot of programs for economic development already in place," Cunningham says. "Now it's like, how do they make it more accessible?"

Some legislatures have begun to resume session as states have started the process of reopening. But in the meantime, governors largely took the lead in setting up aid programs through executive orders to provide financial help.

Money right now, though, is hard to come by for state governments. States have seen up to 30% revenue declines since the beginning of nationwide lockdowns.

Here are some typical — and creative — ways that states have been coming to the aid of people who need help.

If you're having trouble paying bills

This is where the bulk of the relief efforts have landed. Though these programs have helped those who have lost jobs because of the coronavirus, many states have taken actions that apply to all residents, regardless of their employment status.

Commonly, states have barred residential evictions or utility shutoffs for people who can't pay. Others have temporarily stopped landlords from raising rents or have established funds that help those who are struggling to pay their rent or mortgage.

Some states have also expanded safety net programs, such as Temporary Assistance for Needy Families, which provides cash benefits to families with children. Maine, for example, doubled the amount people receive for food through the Worker Supplement Benefits program, which is funded by TANF.

If you've been ordered to quarantine or self-isolate

At different points, 42 states ordered residents to stay at home except to perform essential tasks. In a number of those states, governments barred employers from firing people who were required to stay at home to prevent the spread of the virus. Some, like New Mexico, expanded unemployment insurance to people who couldn't work, even if they weren't officially separated from their employer.

If you lost your job

If you own a small business

Similar to individual renters, many states have stopped evictions of small businesses and nonprofits that can't pay rent. Some states have also set up their loan programs to supplement federal loans aimed at small business owners.

As business owners were forced to lay off employees, several states have suspended the requirements that employers pay part of their former employees' unemployment insurance claims. This could help stop employers from discouraging former employees to apply for the benefits they're entitled to.

NPR reporters and research specialists reviewed state laws, executive orders, official government websites and news reports to compile a dataset of state aid programs that have been enacted to help those affected by COVID-19. The entries generally do not include aid organized or funded by entities other than the state (e.g. a county or a nonprofit in the state).

See something we missed? Send a note and let us know.