Accessibility links
The Fed Helped Companies Borrow Money. Some Laid Workers Off Anyway Companies can borrow money from the Federal Reserve under its new lending programs. It's been good for the stock market, but the central bank's effort to help the economy has had lopsided results. 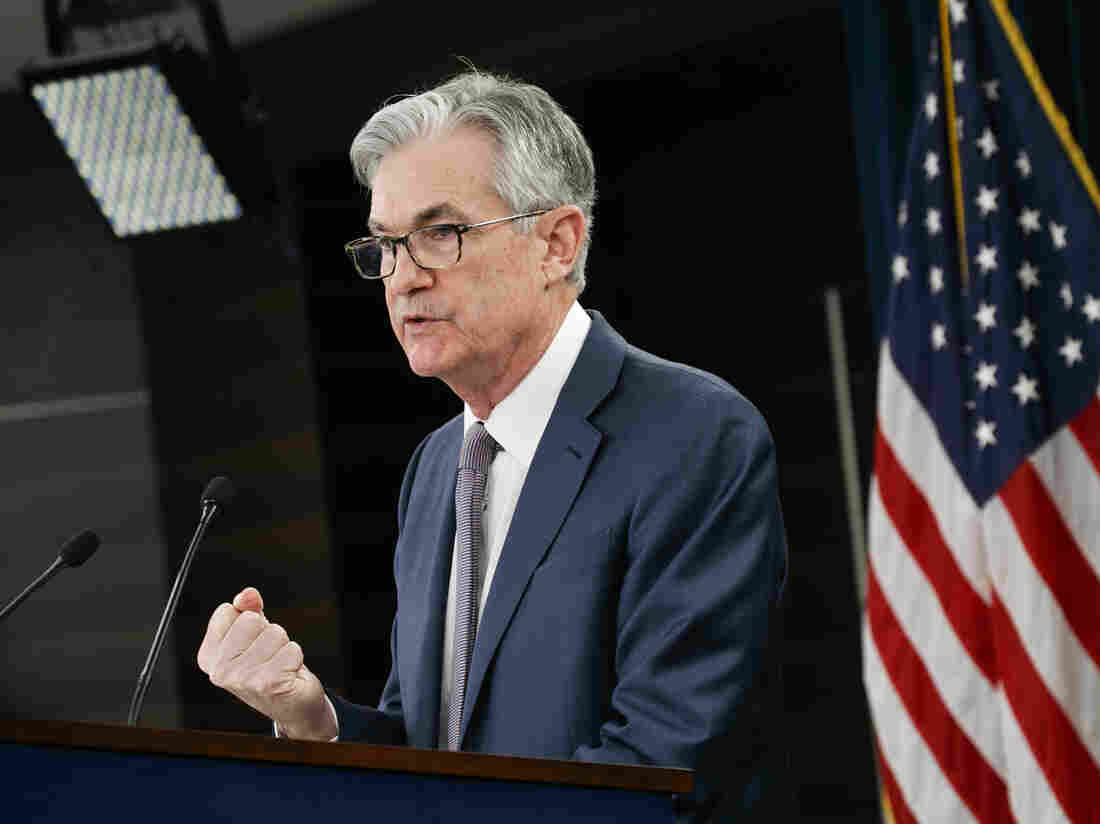 Federal Reserve Chair Jerome Powell speaks during a news conference in Washington on March 3. Companies can borrow money from the Fed under its new lending programs, but the central bank's effort to help the economy has had lopsided results. Jacquelyn Martin/AP hide caption 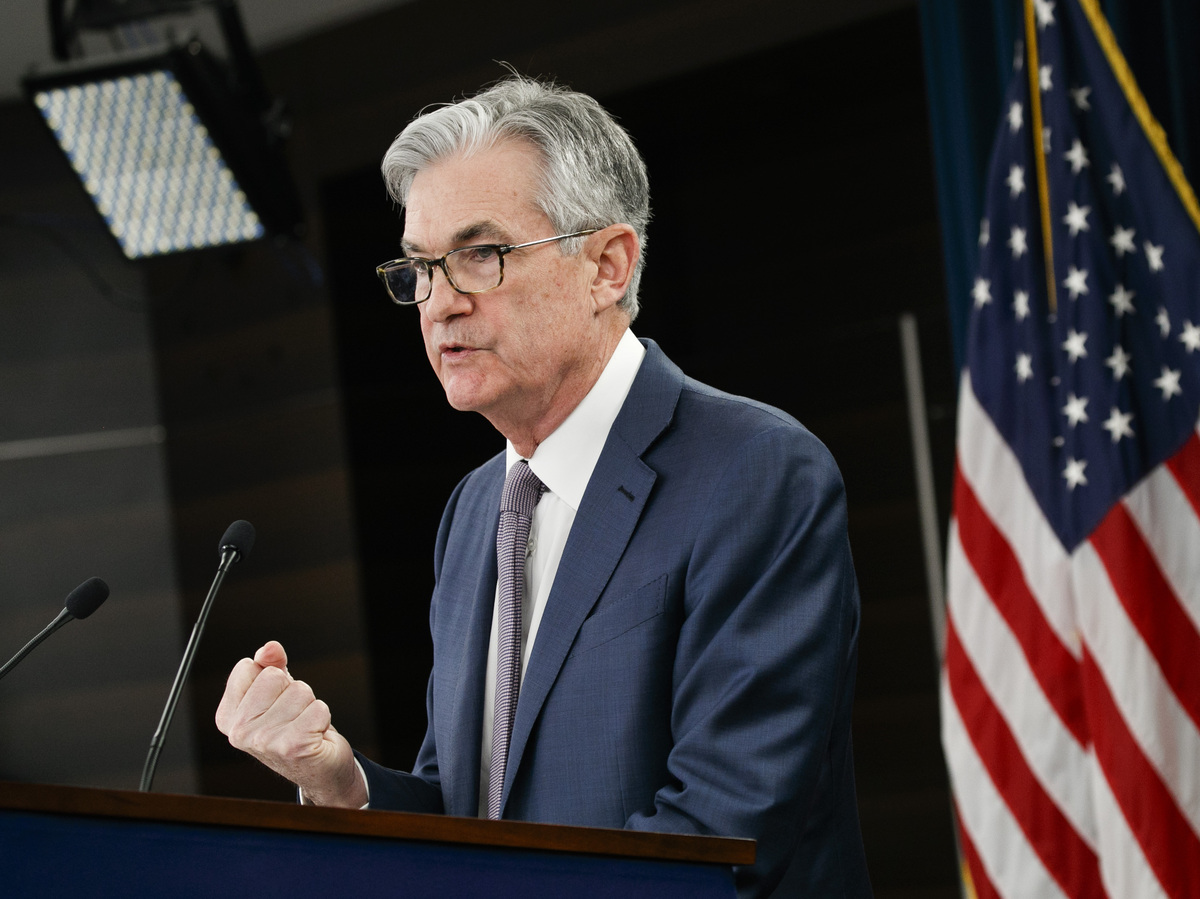 Federal Reserve Chair Jerome Powell speaks during a news conference in Washington on March 3. Companies can borrow money from the Fed under its new lending programs, but the central bank's effort to help the economy has had lopsided results.

After the coronavirus lockdowns forced it to shut down its 345 U.S. theaters, Texas-based Cinemark in April decided to do what a lot of companies have done: borrow money by selling bonds.

The sale was made easier by the fact that the Federal Reserve was lending out trillions of dollars to businesses and governments, providing a much-needed boost to the corporate debt market in an effort to prop up the economy.

Even as it was borrowing money, Cinemark also announced a number of steps "to endure a prolonged period of no revenue." They included laying off 17,500 workers with no guarantee when they'll be rehired.

During the current crisis, the Fed, which began a two-day meeting on Tuesday, has pulled out all the stops to keep the economy afloat, lowering interest rates to zero and starting a series of unprecedented and historic new lending facilities practically overnight.

"It has taken what were already extraordinary, exceptional, unusual, unconventional tools and has expanded them even further," says former Fed Gov. Sarah Bloom Raskin.

The money is available to all kinds of companies, even those that haven't been especially hurt by the pandemic.

The Economy Is In Trouble. Try Telling The Stock Market

"There are certain industries that would be at high risk of bankruptcy without these loans and there are other industries that will do just fine," says Gary Richardson, an economist at the University of California at Irvine and
a former Fed historian.

Unlike the Paycheck Protection Program approved by Congress, the Fed programs attach no conditions to the loans, which means companies can do whatever they like with the money, says Marcus Stanley, policy director at Americans for Financial Reform, a coalition of unions and progressive reform groups.

"You could sell a bond to the Fed and turn right around and use that money to buy back shares and basically transfer that money to your shareholders and executives," he says.

The food service giant Sysco Corp. borrowed $4 billion in March, only to lay off a third of its workforce a short time later. It's also paying a dividend to its shareholders.

It's even possible that deep-pocketed hedge funds and private equity funds could borrow money through the companies they own with no obligation to pay it back if they fail, Stanley adds.

"This could potentially lead to some of the wealthiest people in our society basically absconding with some of this loan money," he says.

The Fed's willingness to act as a lender of last resort has sent a message to investors that it's safe to come back into the water, and many have eagerly rushed to buy stocks again, after seeing prices plunge in February and March.

The Nasdaq composite index is at a record high, and the other major indexes have recouped much of the ground they lost earlier in the spring.

"The U.S. stock market was falling very rapidly at the beginning of this COVID contraction, but once the Fed got into the game of supporting the economy and pulling out all the stops the stock market has gradually recovered," Richardson says.

But the overall economy hasn't performed as well, and the danger is that the recovery will be lopsided, Raskin says.

"We're going to likely end up with an economy that is not recovering at the same rate. So people who own stocks and bonds, those people will recover, will do better quicker than, say, small business owners," she says.