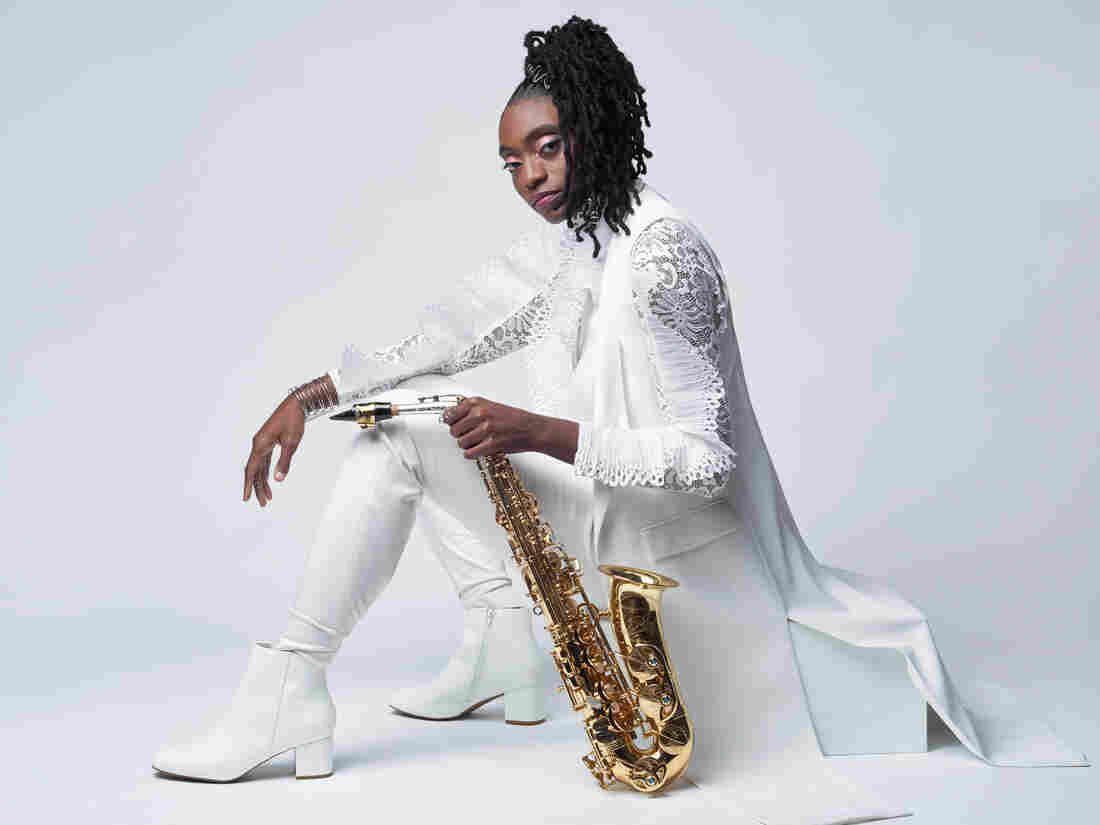 Aided by an ensemble cast of jazz musicians new and old, Lakecia Benjamin recorded the entirety of her new album 'Pursuance: The Coltranes' in two days. Elizabeth Leitzell/Courtesy of the artist hide caption 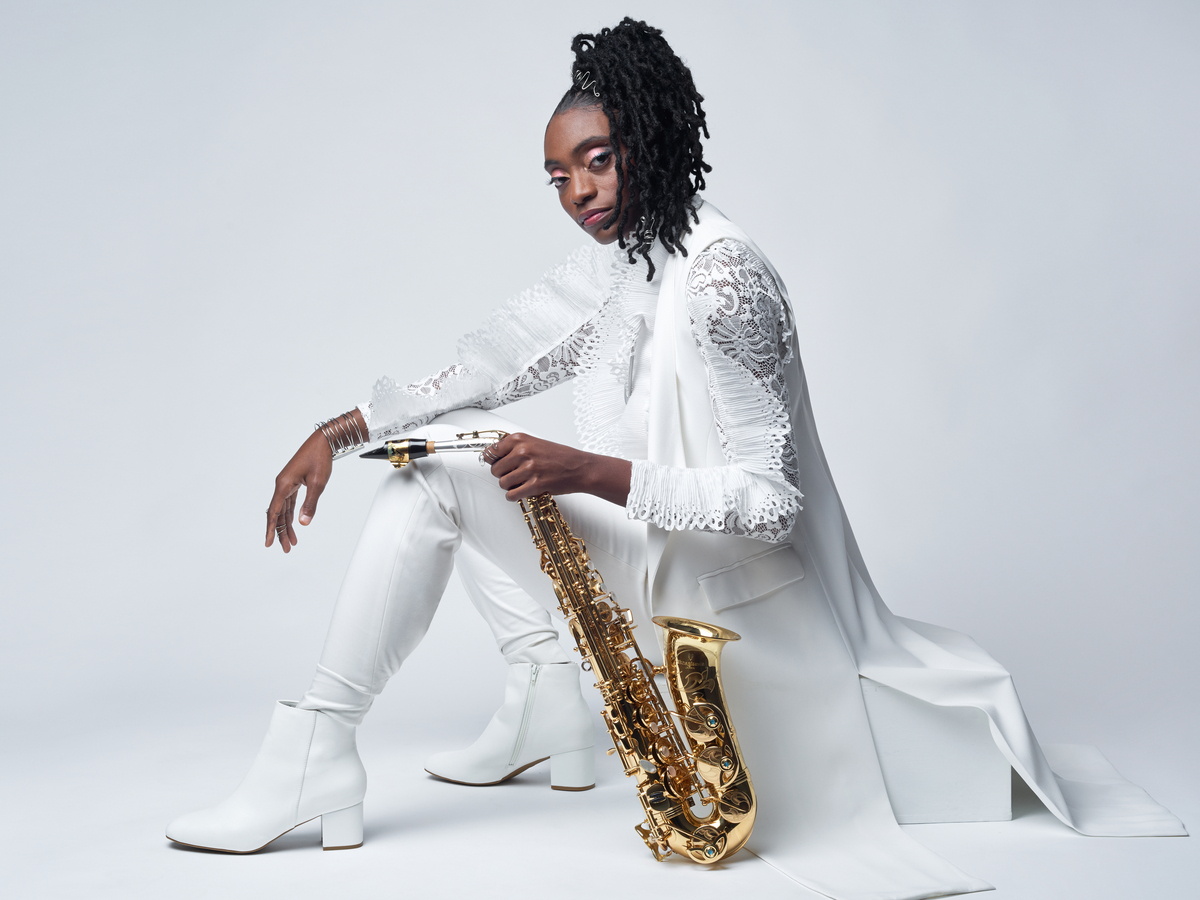 Aided by an ensemble cast of jazz musicians new and old, Lakecia Benjamin recorded the entirety of her new album 'Pursuance: The Coltranes' in two days.

Elizabeth Leitzell/Courtesy of the artist

Last time on Play It Forward, our musical chain of gratitude, R&B singer and producer Georgia Anne Muldrow raved about the saxophonist Lakecia Benjamin. They share a few things in common: Both studied together at The New School's School of Jazz and Contemporary Music, both tap a similar spiritual vein in their music and as Muldrow sees it, both are "sangin' " even if it's through different mediums. Benjamin extends the connection in this episode, sharing a song they recorded together off her new album Pursuance: The Coltranes. Ari Shapiro talked to her at length about the record, which reinterprets the work of John and Alice Coltrane with the help of a staggering ensemble cast, and about an artist she is grateful for: James Blake. Listen in the audio player above and read on for highlights from the interview.

On her new album Pursuance: The Coltranes

The whole project was a long-coming thing, but long story short, I really have always admired John Coltrane and Alice Coltrane. I always felt they were the perfect dynamic of what a complete musician should be in terms of technically proficient, spiritually proficient, good human beings out here trying to heal and help people. For me, they were the highest level, especially in jazz, that you could achieve as a musician so I wanted to do a project that could somehow pay honor to what they've done for the whole music and art form and just also remember the legends that are still living now and pay homage to them before they pass on.

When I say long time coming, I mean I've always had that affinity for them two. But in terms of the logistics, I got the idea to start reaching out some of my peers and also people that I didn't know that were legends that I possibly wanted to work with. I wasn't sure if they'd work with me or not. Bottom line is no one really knew who I was, so I was just calling them cold turkey, finding their numbers on the Internet. I did that top of July [2019].

Looking back at those busy recording sessions amid the pandemic

I think in the music world at least, things are very grim. None of us know what our future is: Are we gonna play again, are we gonna congregate again? Some people are sad about it, some people [have] a little bit of hopelessness. So for me, I can kind of hold onto the fact that my last major recording and memory was a whole dream project that I did.

On her choice for Play It Forward: James Blake

The first time I heard James Blake, I felt like somebody jumped inside of my body and hugged my soul, and I just knew it was gonna be OK after that.

He has such a haunting quality. It's rare that you find an artist that their musicianship and caliber are so high on so many different instruments: producing, singing, piano playing. And he's not afraid to embrace the darkness, either. I feel like sometimes when things go mainstream, we feel like they have to be really exciting and poppy and sugarcoated, and he's not afraid to bare his soul to the world and let you see that there's beauty on the other side as well.

I've only actually seen him one time in person. I was in Tennessee playing at Bonnaroo, and someone came and ran to me and said, "James Blake is playing!" I was on stage packing up. I just left my sax there and ran over to where he was. I'll never forget that show. Because I was an artist performing there, I had the VIP pass. I could be backstage, so I kinda ran past everybody. It was probably like 10,000 people [in the] crowd. It was so thick. This festival was out in the woods, like rural, mud. And I kinda ran past everybody, showed my badge, jumped the gate and I went straight to the stage right in front of him. He had a drummer and a guitar player and him, and he was just kind of sitting there playing little things on the keys. It was not that much sound going, like a sample was happening. And next thing you know he dropped the beat, and I just fell to my knees, I was like "Yes! I've made it!" I stayed there in that place for probably the whole hour and a half or whatever it was.