Accessibility links
When Vintage Video Games Become Time Capsules If you've got a dusty game console sitting around, why not boot it up again? You may find those old save files are more than just half-finished games — they're windows to your past. 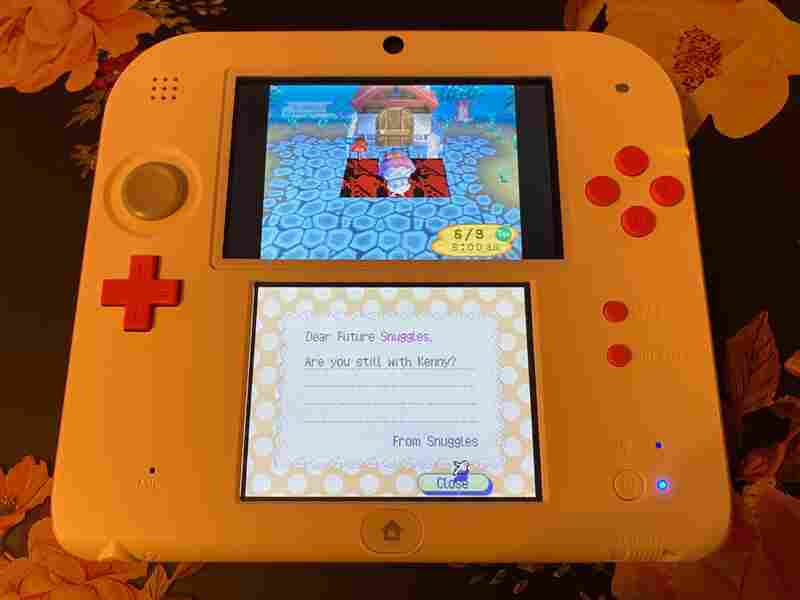 Sometimes, revisiting an old game can serve as a time capsule of your life when you first played it. Brittany Vincent hide caption 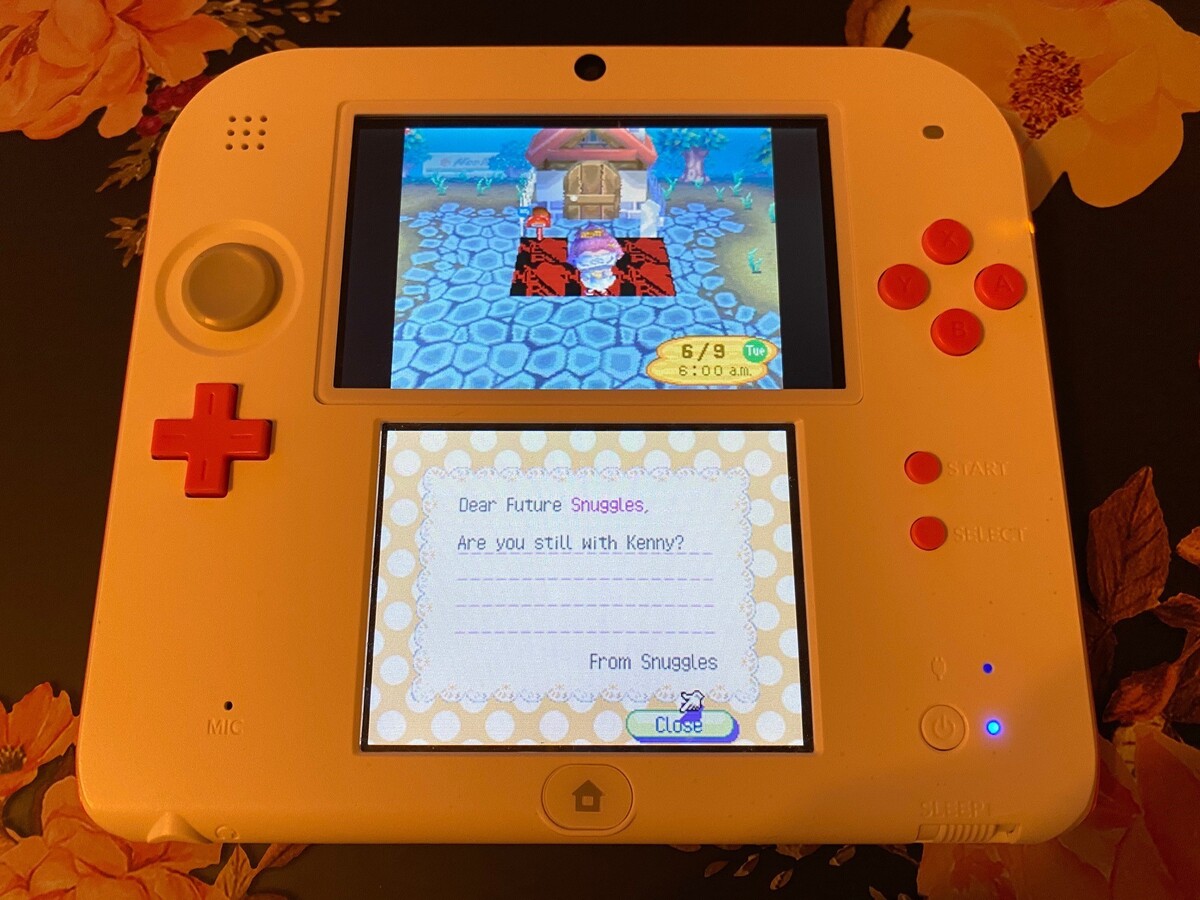 Sometimes, revisiting an old game can serve as a time capsule of your life when you first played it.

The video games of yesteryear are my happy place. They're also my most reliable window to the past.

It may sound clichéd, but gaming has always been something of an adventure for me. Ever since I first held a controller over 25 years ago, each new startup screen has always felt like the beginning of a journey with endless possibilities, from Day of the Tentacle to Death Stranding. And now, looking back on a life spent gaming, I realize every cartridge, every disc, and several hundred gigs of games have also doubled as time capsules. They've served as monuments to some of the most intriguing moments of my life.

It's funny. Nostalgia may quite literally mean pain, but purposefully coming face-to-face with my past is how I deal with the stressors of the modern world. So when I need to center myself, using my favorite pieces of electronic entertainment, I can travel back in time to less complicated moments, queuing up my old haunts in life sims, half-finished JRPG epics, long-forgotten adventure games that would never see their puzzles completed, and ruminate on where I was in life then.

Nostalgia may quite literally mean pain, but purposefully coming face-to-face with my past is how I deal with the stressors of the modern world.

I rediscovered this startling application for my favorite hobby most recently when, rifling through my collection of Nintendo DS cartridges, I happened upon my old copy of Animal Crossing: Wild World, released in 2005, two years before I graduated from high school. Back then, school took up most of my time with research and projects, because I wanted straight A's. But I would always make time for villager customization and creating town tunes.

I popped the cartridge into my 2DS on a lark, curious if I had a small fortune in Bells, the game's currency, given that it had been 15 years since my last hardcore play session — sometime during my sophomore year of high school, when I had doodled each of the characters from the anime series Neon Genesis Evangelion and created a small shrine to them in my Animal Crossing home.

I chuckled; the house was just as I left it, give or take a few pesky cockroaches. But the most intriguing part of my memory tour was my stuffed mailbox. Animals had moved out of my village over the years and sent their goodbyes via post, but there was one letter addressed to Brittany from, well, Brittany. Apparently I had written myself a letter, circa 2005, knowing full well I would likely abandon the game for years and finally come back to snoop around in it.

The letter was short but sweet: "Have you done everything you wanted to do? Are you still with Kenny?" I had to laugh. Kenny was a high school boyfriend. We broke up after a few weeks of dating. As far as "doing everything I wanted to do?" I had dreams of becoming a writer. I've accomplished that goal, as I've been writing professionally for 13 years. As far as Kenny goes? I've no idea what he's up to, but I have no idea how I could have been so naive then as to think that relationship would stand the test of time.

Those two sentences immediately took me back to my high school mindset: Bright-eyed, bushy-tailed, and ambitious as could be, checking in on my future self. I remembered doggedly practicing Dance Dance Revolution when I got home from school, and scooping up my DS to check on my village. The awkwardness of dating in high school came rushing back to me too — in mostly unpleasant waves — but so did the rush of finding someone I felt understood me.

It truly was the simple things that made me happy back then. I really haven't changed at all nearly 20 years later, though Kenny is a distant memory. After I verified that I'd earned very little interest on my Bells, I switched off the 2DS with a smile on my face. It really felt as if, for a few shining moments, I had traveled back to those simple, hope-filled high school days.

Not long after discovering my high school life squirreled away on that Wild World cartridge, I made some time to dive into a game of Final Fantasy IX for a new playthrough. I plugged my old PlayStation memory card into the system, and had a peek at the latest save file. Aside from a completed game, I had one roughly 15 hours in. With that, I was pulled even further back into a much simpler time: Middle school.

It's become something of a game in itself to figure out where I was in life when I go back to these classic titles.

Even though gaming is technically my job now, I still don't have all the time in the world for it. But I surely did then, as I had been grinding profusely, churning through repetitive low-level tasks for loot and experience, and my characters' levels very obviously reflected this fact. There was a method to that madness: I had wanted to accomplish the game's most difficult goals, like defeating the optional boss Ozma and collecting every character's ultimate weapons. My mom's voice, yelling at me to go to bed at 3 AM or I'd be grounded, came racing back to my ears. Wonder what she'd say now that bedtime — most nights — is two hours later than that.

It's become something of a game in itself to figure out where I was in life when I go back to these classic titles. We credit games with filling so many roles: Replacement therapists, comfort food, what-have-you. But we rarely stop to think about how they offer windows to the past, how they let us explore our lives to find the moments, immortalized in time, that felt special.

In a world where scrolling through a jam-packed Twitter feed can induce a full-on panic attack, a quick glimpse into the way life used to be is therapeutic in surprising ways. It could be as simple as plugging in a memory card and jumping off into the deep end. You never know — you could be well on the way to finding out if you're still with your past self's Kenny, simply by turning on an old handheld.

Brittany Vincent has been writing about games for 13 years and loves collecting retro gaming and consoles. Follow her on Twitter: @MolotovCupcake.