Accessibility links
Appeals Court To Hear Michael Flynn's Bid To Get Case Dropped The Justice Department has dropped its case against former national security adviser Michael Flynn, but U.S. District Court Judge Emmet Sullivan has not yet granted the government's motion to dismiss. 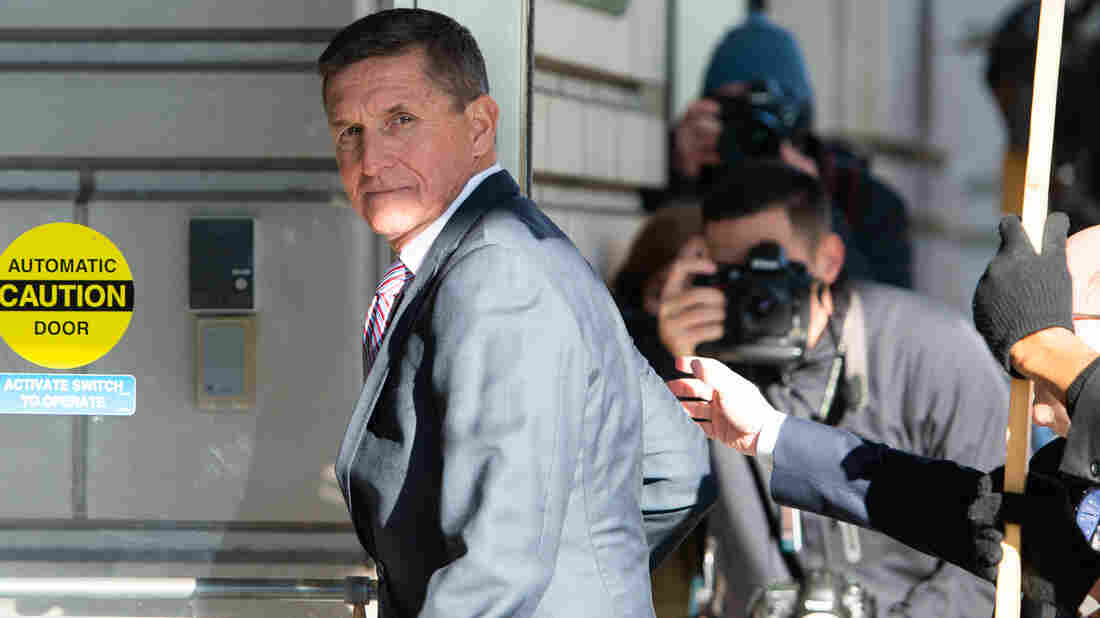 Former Trump national security adviser Michael Flynn, pictured at the U.S. District Court in Washington, D.C., in December 2018, has a new hearing on Friday about the Justice Department's move to drop the case against him. Saul Loeb/AFP via Getty Images hide caption 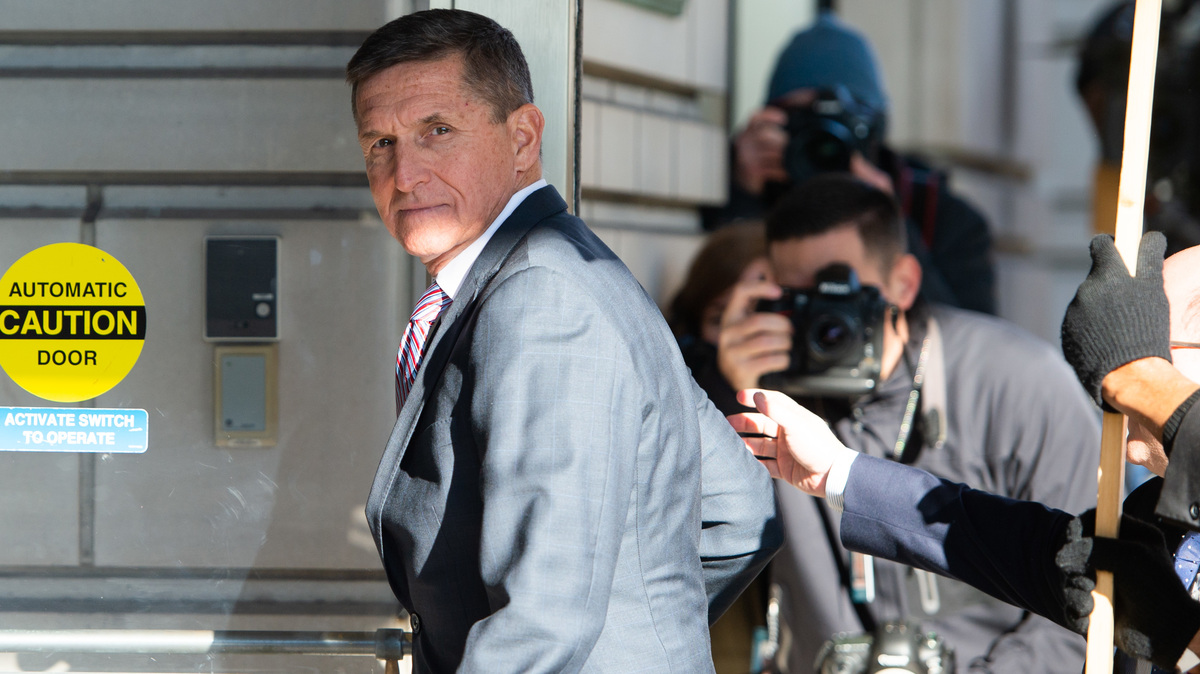 Former Trump national security adviser Michael Flynn, pictured at the U.S. District Court in Washington, D.C., in December 2018, has a new hearing on Friday about the Justice Department's move to drop the case against him.

A federal appeals court will hear arguments Friday on Michael Flynn's bid to force a lower court to dismiss the Justice Department's criminal case against the former national security adviser.

The hearing before a three-judge panel on the U.S. Court of Appeals for the District of Columbia is the latest front in the long-running legal case against Flynn, who pleaded guilty in 2017 to lying to the FBI about his contacts with the Russian ambassador.

The matter before the appeals court stems from the Justice Department's highly unusual move last month to drop its 2 1/2-year-old case against Flynn. The department argues that the FBI never should have interviewed him and that any false statements Flynn might have made were not material to a legitimate investigation.

U.S. District Court Judge Emmet Sullivan, who is presiding over the Flynn case, has not yet granted the government's motion to dismiss. Instead, he has appointed a former federal judge, John Gleeson, as outside counsel to argue against the government's move.

Sullivan In The Spotlight: Meet The Judge In The Flynn Case

Gleeson filed a scathing 73-page brief on Wednesday that called the Justice Department's move to drop the case a "gross abuse of prosecutorial power," and he recommended that Sullivan deny the motion and instead proceed to sentencing Flynn.

Gleeson argued that the department's stated reasons for wanting to dismiss the case are "so obviously pretextual, that they are deficient." They also lack credibility because they are "conclusively disproven" by the government's own filings earlier in the case.

Michael Flynn Pleaded Guilty. Why Is The Justice Department Dropping The Charges?

"Moreover, the facts surrounding the filing of the government's motion constitute clear evidence of gross prosecutorial abuse," he wrote. "They reveal an unconvincing effort to disguise as legitimate a decision to dismiss that is based solely on the fact that Flynn is a political ally of President Trump."

Flynn and his supporters, along with the Justice Department, have sharply criticized Sullivan for appointing Gleeson. They argue that prosecutors have the sole authority to drop the case, and that the judge must defer to their prosecutorial discretion.

Last month, Flynn's lawyers took the matter to the D.C. Circuit Court of Appeals, which they are asking to force Sullivan to dismiss the case and vacate Gleeson's appointment.

In a brief to the appeals court, Wilkinson said Judge Sullivan has not decided to deny the government's move to dismiss the case. All that Sullivan has done, she writes, is put in place a process to "aid his consideration of the issues it presents." She urged the appeals court to let that process play out.

Flynn pleaded guilty to lying to the FBI about his conversations with the Russian ambassador, Sergey Kislyak, during the presidential transition.

After his plea, Flynn cooperated extensively with special counsel Robert Mueller's investigation but reversed course last summer after hiring new lawyers — chief among them Sidney Powell, who was a frequent critic of Mueller on Fox News.

Early this year, Flynn moved to withdraw his guilty plea, saying he was set up by the FBI and proclaiming his innocence.

Recently released transcripts of Flynn's phone calls with Kislyak show that the two men did discuss sanctions against Russia — one of the issues Flynn pleaded guilty to lying about.