Accessibility links
The Library Of Congress' Boccaccio Project Preserves History Through Music The Library of Congress is debuting 10 works of new music about the COVID-19 pandemic. The project takes inspiration from Giovanni Boccaccio, a writer who collected stories about the Black Death.

Listen · 7:05 7:05
A New Library Of Congress Project Commissions Music Of The Coronavirus Pandemic 7:05 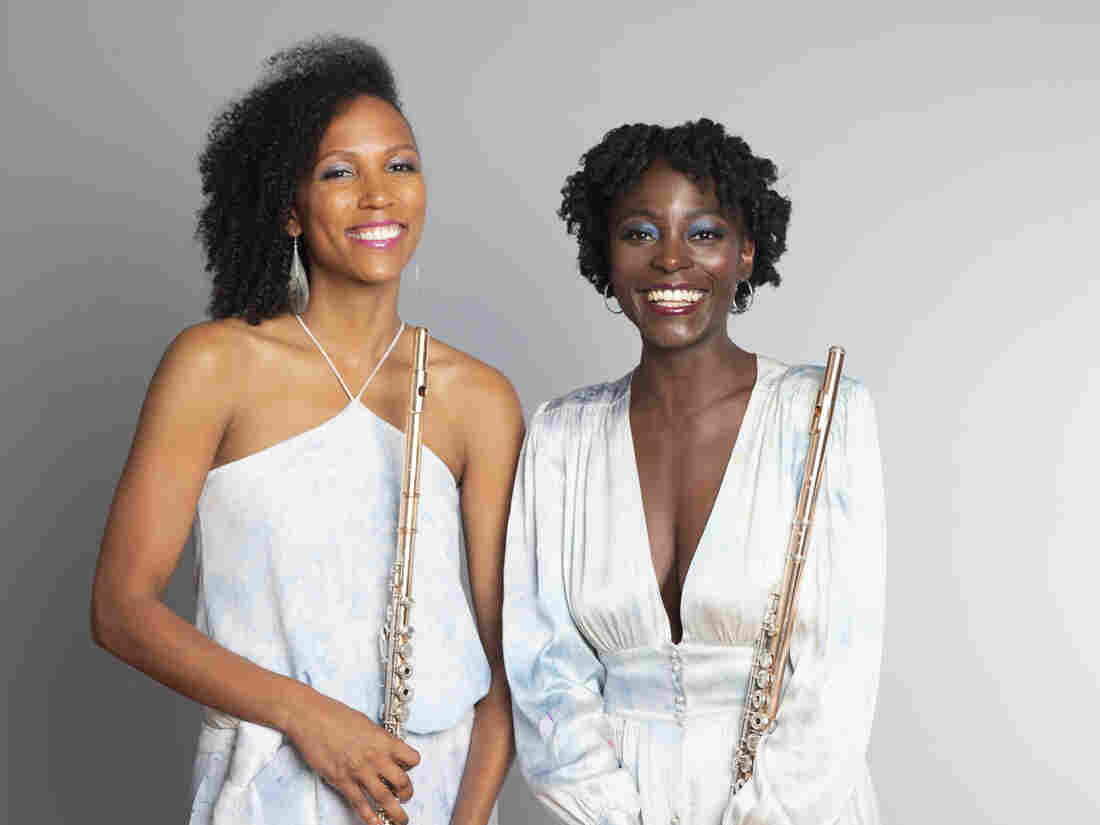 Allison Loggins-Hull and Nathalie Joachim are two of the artists featured in the Library of Congress' Boccaccio Project, a collection of songs inspired by the coronavirus pandemic. Erin Patrice O'Brien/Courtesy of the artist hide caption 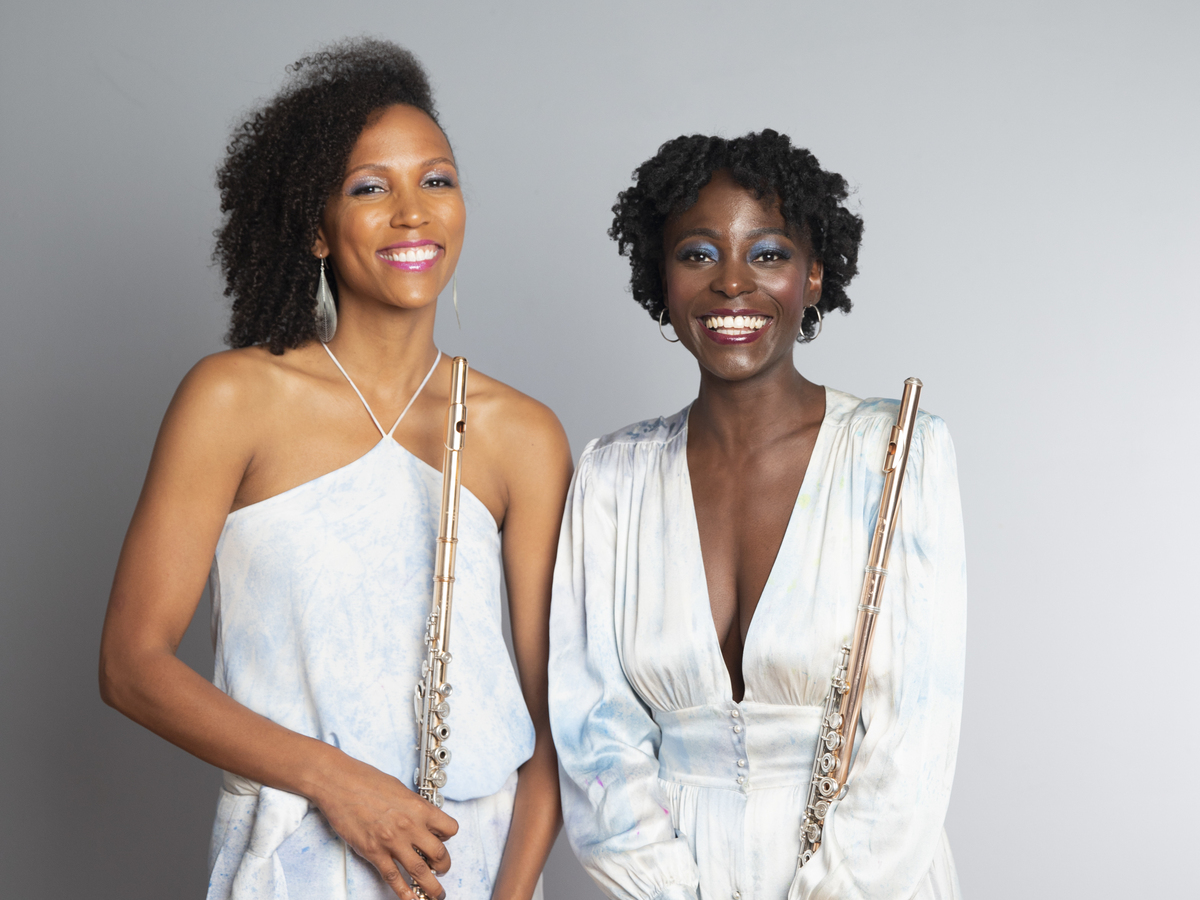 Allison Loggins-Hull and Nathalie Joachim are two of the artists featured in the Library of Congress' Boccaccio Project, a collection of songs inspired by the coronavirus pandemic.

Erin Patrice O'Brien/Courtesy of the artist

The shutdown due to the coronavirus pandemic hit musicians hard, with concert halls and rehearsal spaces shuttered and silent. But a new music initiative from the Library of Congress embraces the constraints of COVID-19. The series is a collection of 10 videos of 10 different original compositions that will premiere online starting Monday, June 15. It's called the Boccaccio Project.

David Plylar is a senior music specialist at the Library of Congress and the person who spearheaded the project; it's named after the Italian writer Giovanni Boccaccio, who saw the Black Death devastate Europe during the 14th century. Boccaccio's The Decameron follows 10 people who flee the plague in Florence and tell each other stories in a remote refuge. Pylar says that story feels very modern.

"You can take people out of what they know about society and they still have this compulsion to tell a story," he says. "And I felt that Boccaccio exemplifies that. And while we are much more connected now than they were in his time, we are isolated and we still have this desire to reach out to each other."

Luciano Chessa, one of the composers commissioned by the Library of Congress, meant to stay only a week in San Francisco. Chessa flew out from New York for a concert in March. From there he had events scheduled in Colorado, in Ohio and around the country. But then, like so many other musicians, the coronavirus pandemic changed his plans.

"The world changed," he says. "So I ended up staying in San Francisco for two months instead of just a week."

He worried about his parents in Italy as that country felt the worst of COVID-19.

"I think the most vivid images were basically caskets in piles outside of hospitals or retirement homes," Chessa says. "And my aunt died in March. We don't know whether exactly [if] it was COVID-19 or not because at the time, there were no tests." 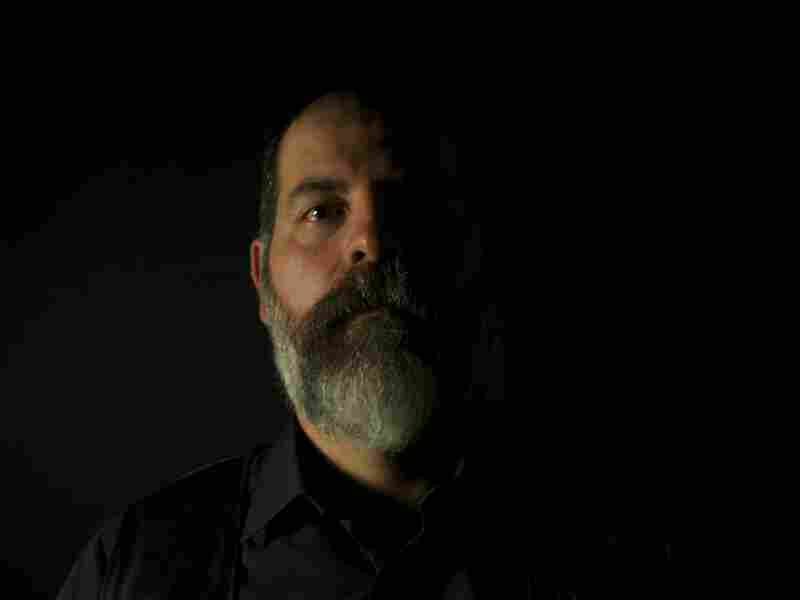 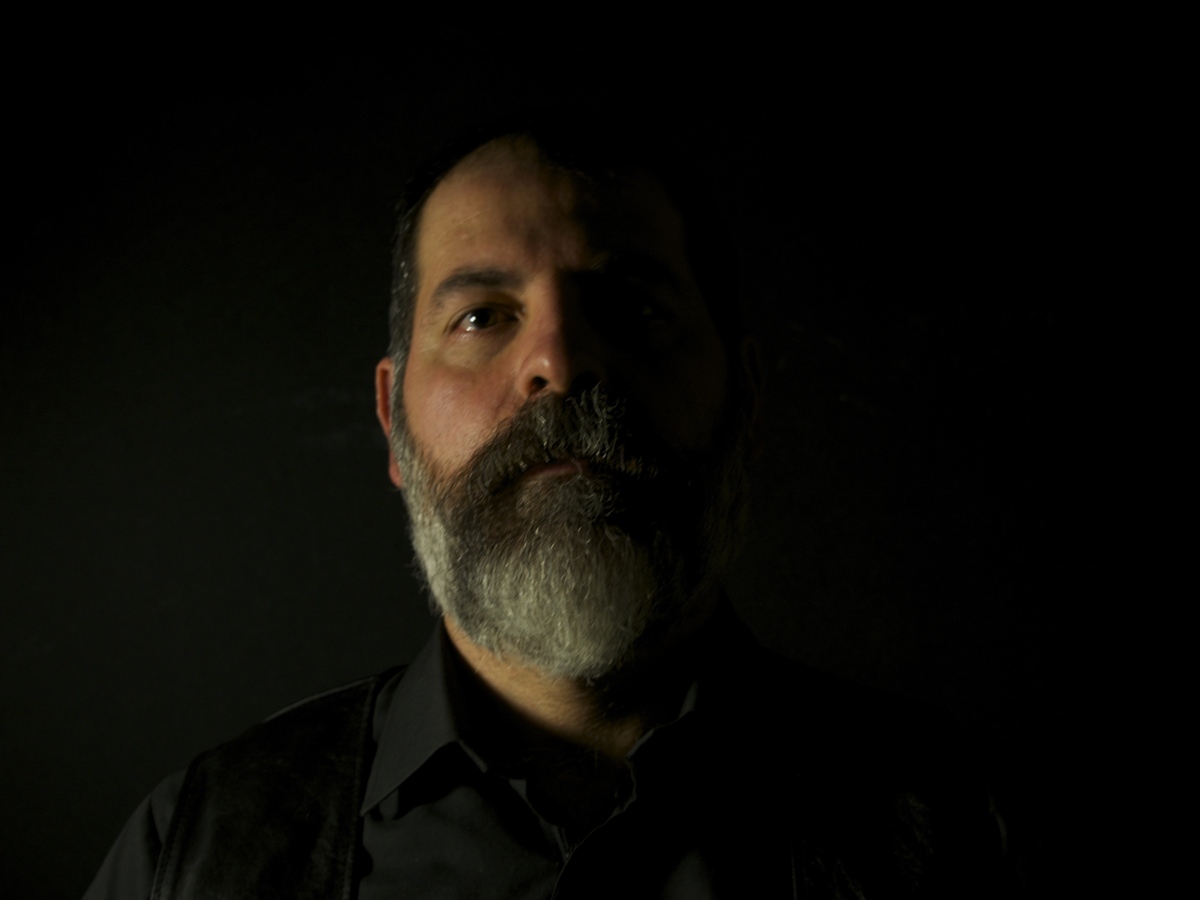 Melesio Núñez/Courtesy of the artist

In April, he got a commission from the Library of Congress for the Boccaccio project. The instructions were simple: Write a work responding to the pandemic — just a couple minutes long — for a single performer to videotape at home. Chessa says the commission was more than welcome.

"After two months making fresh pasta and wearing the same shirt you probably kind of are ready for a change," he says.

Chessa wrote a piece called "1462 Willard Street," named after the address where he spent the early months of the pandemic, uprooted and uncertain. The video opens on a length of twine looped around the lower strings of a viola. It scrapes the instrument and obscures a melody. The violist is Charlton Lee of the Del Sol Quartet, and as he plays he glides through the room. Eventually, the twine falls away and the melody becomes clearer

"I find it to be nostalgic," Lee says. "Somehow there's hope and sadness and joy all wrapped together."

Chessa says the video captures the feeling of composing while isolated during a pandemic.

"The player is set free halfway through the piece," he says. "In my opinion it was supposed to be a way of staging this process between constraint and freedom."

Damien Sneed, another composer commissioned by the Boccaccio Project, wrote a piece called "Sequestered Thoughts." Jeremy Jordan, who performed it, says that the limitations of the project forced composers to test their creativity.

"Talented composers sometimes have the ability to create wonderful works with great creative restraints placed upon them," he says. "You have to not only write a piece between one and three minutes, but then it has to be meaningful."

Jordan learned the piece in a day or two.

"In some ways it was kind of a pure experience because I just received the music and learned it and played it," he says.

"I was mesmerized and amazed by how he personally interpreted what was on the page and brought it to life," Sneed says.

The pandemic was a jolt for Sneed. He had just finished a 40-city tour when he began sheltering in place, alone. He means for his piece to evoke confinement, hope, the will to survive — and says all that resonates now with protests against police violence.

"At the end of 'Sequestered Thoughts,' it moves up the scale of the piano, so to speak," he says. "And it ends up looking upward and that's really the object of protest and reconciliation. Music allows us, these protests allow us, to hopefully get to a place where we are elevated."

Another piece comes from Flutronix — composed of flautists and composers Allison Loggins-Hull and Nathalie Joachim. In response to COVID-19, Loggins-Hull wrote "Have and Hold."

"I was really craving just the feeling of having companionship and being near people and just physical contact," she says.

Loggins-Hull says her craving only intensified as news of police killings arrived.

Nathalie Joachim says that when she recorded the piece, it felt less like a performance and more like mourning.

"It's not these killings happening in abstraction, or all of these bodies that are having to take to the streets to fight for what we deserve, which is humanity," she says. "I claim each of these people as my own family."

David Plylar, at the Library of Congress, says composers and performers are reacting to this moment, and as listeners we need to grab on to what they're saying.

"I think that these artists were already doing this and that this is just another outlet for them," he says. "But it's a way of documenting what is happening, taking an artistic stance and then trying to preserve that so that other people can benefit from it down the road."

The Boccaccio Project premieres Monday on the Library of Congress' website.