Accessibility links
Stacey Abrams Condemns Handling Of Georgia Primary The former candidate for governor, rumored as a possible vice presidential pick for Joe Biden, told NPR: "I speak for anyone who looks like me, wants to become more, and will find themselves blocked." 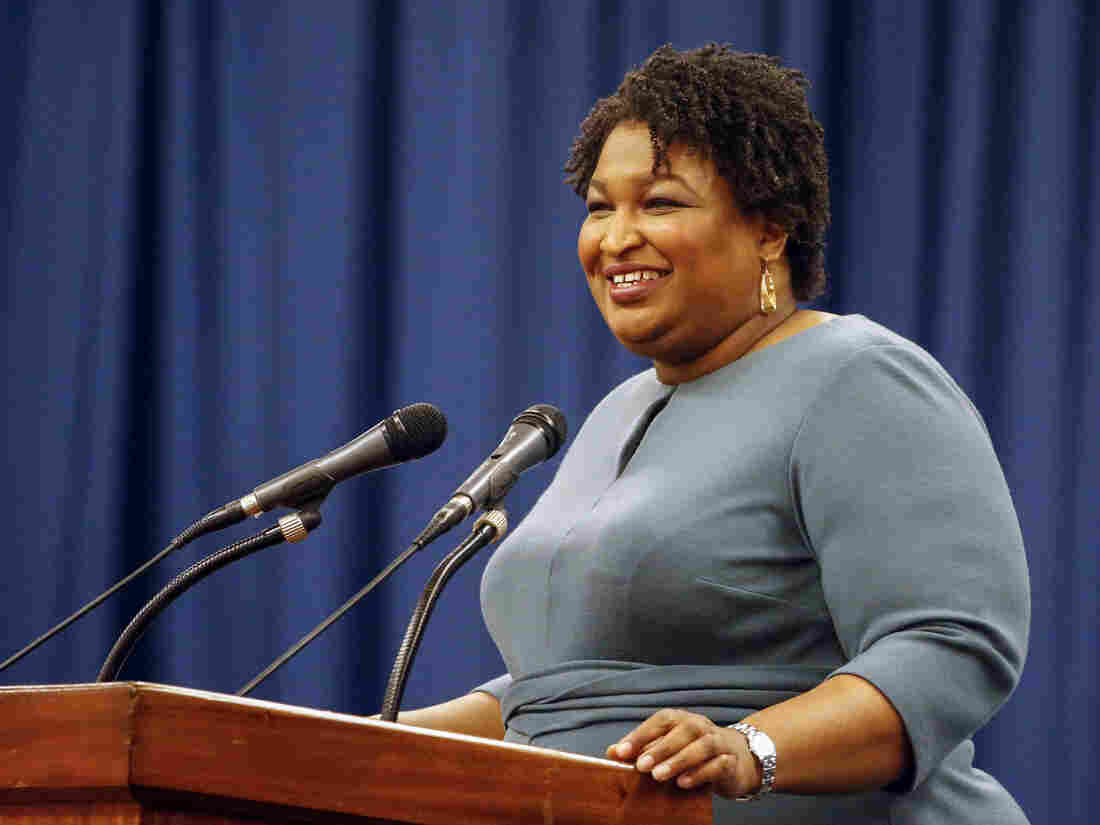 Stacey Abrams speaks at the unity breakfast on March 1 in Selma, Ala. Butch Dill/AP hide caption 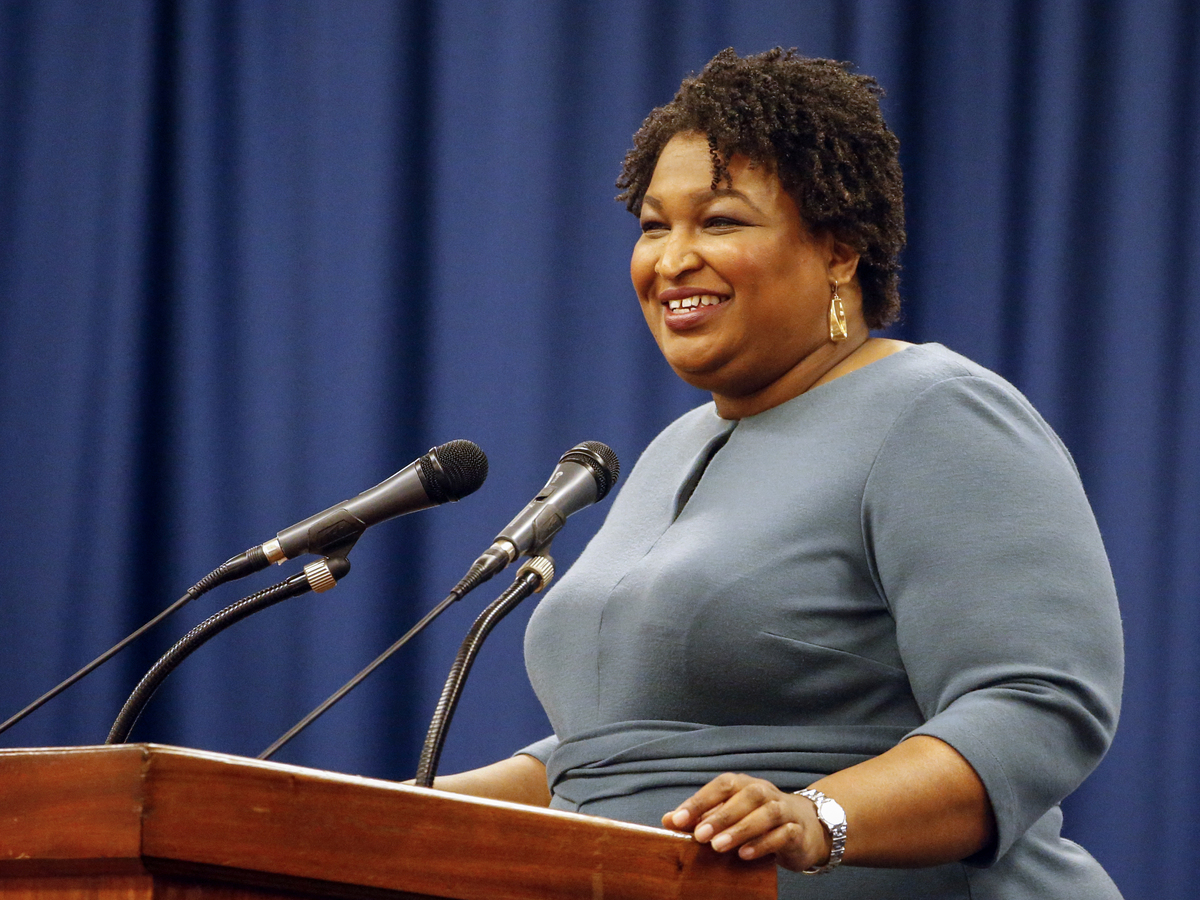 Stacey Abrams speaks at the unity breakfast on March 1 in Selma, Ala.

Polling locations all around Georgia experienced delays and long lines Tuesday due to a mix of logistical problems, technical issues with the state's new voting machines and COVID-19-related restrictions resulting in fewer available voting sites.

"The Constitution puts the obligation for the conduct of elections squarely in the hands of the secretary of state. On top of that, [Raffensperger] very vigorously pushed to purchase new machines that he insisted would be ready for roll out in the primary, at the cost of $107 million," Abrams told NPR Friday.

"He failed to adequately direct, train, and invest in the counties so they could do their work," she added.

Raffensperger, a Republican, is calling for an investigation into the polling delays in Fulton and DeKalb county, two areas in Georgia that have large minority and Democrat populations. Abrams disagrees with Raffensperger, arguing that Georgia saw problems throughout the state.

"Across the state, 20 counties led by Democrats and Republicans, in urban and rural and suburban areas, all experienced the same cataclysmic failures," she said.

Following the midterm elections, Abrams founded the organization, Fair Fight, that works to combat voter suppression. She published a new book in early June titled Our Time Is Now: Power, Purpose and the Fight for a Fair America.

"The point of the book is to really layout in granular detail, but also with historical context, how voter suppression has gone beyond Jim Crow to these labyrinthine administrative rules that trip up anyone who doesn't have a law degree and a phalanx of lawyers at their side to help them get through the process if they are one of the intended targets," she said.

When asked if she believes voter restrictions are meant to limit the voices of people of color and Democrats, Abrams said "yes" — adding that the specific target varies on location but it can hurt people of color and naturalized immigrants as well as younger and poor Americans.

Looking ahead to the 2020 general election, Abrams stressed that her new book gives voters, "a playbook, and I think a prescription, for how we can make things better."

The former Georgia House minority leader also pushed back on the narrative that she has been campaigning to be former Vice President Joe Biden's running mate. Over the past several months, Abrams has been open about her willingness to take the job if asked.

"My responses over the last 14 months have been numbingly consistent, which is: 'Would you serve if asked?' Yes. 'Are you qualified to serve?' Yes. That's it. There is no campaign. There is no jockeying. There are simply the straightforward responses I give because as a black woman, I do not have either the luxury or the intention of pretending that I can't or I won't," Abrams said.

"I don't just speak for myself. I speak for anyone who looks like me, wants to become more and will find themselves blocked because someone years before said it wasn't possible. So I will never be the person who says it's not possible and I'll never be the one to say I can't," she added.