Accessibility links
Interview: Liara Tamani, Author Of 'All The Things We Never Knew' Tamani's new young adult novel follows two high school basketball stars who fall in love at first sight — but then have to deal with their own issues and secrets to build a lasting relationship.

'I Want Teens To Recognize Their Own Power': Questions For Liara Tamani

'I Want Teens To Recognize Their Own Power': Questions For Liara Tamani 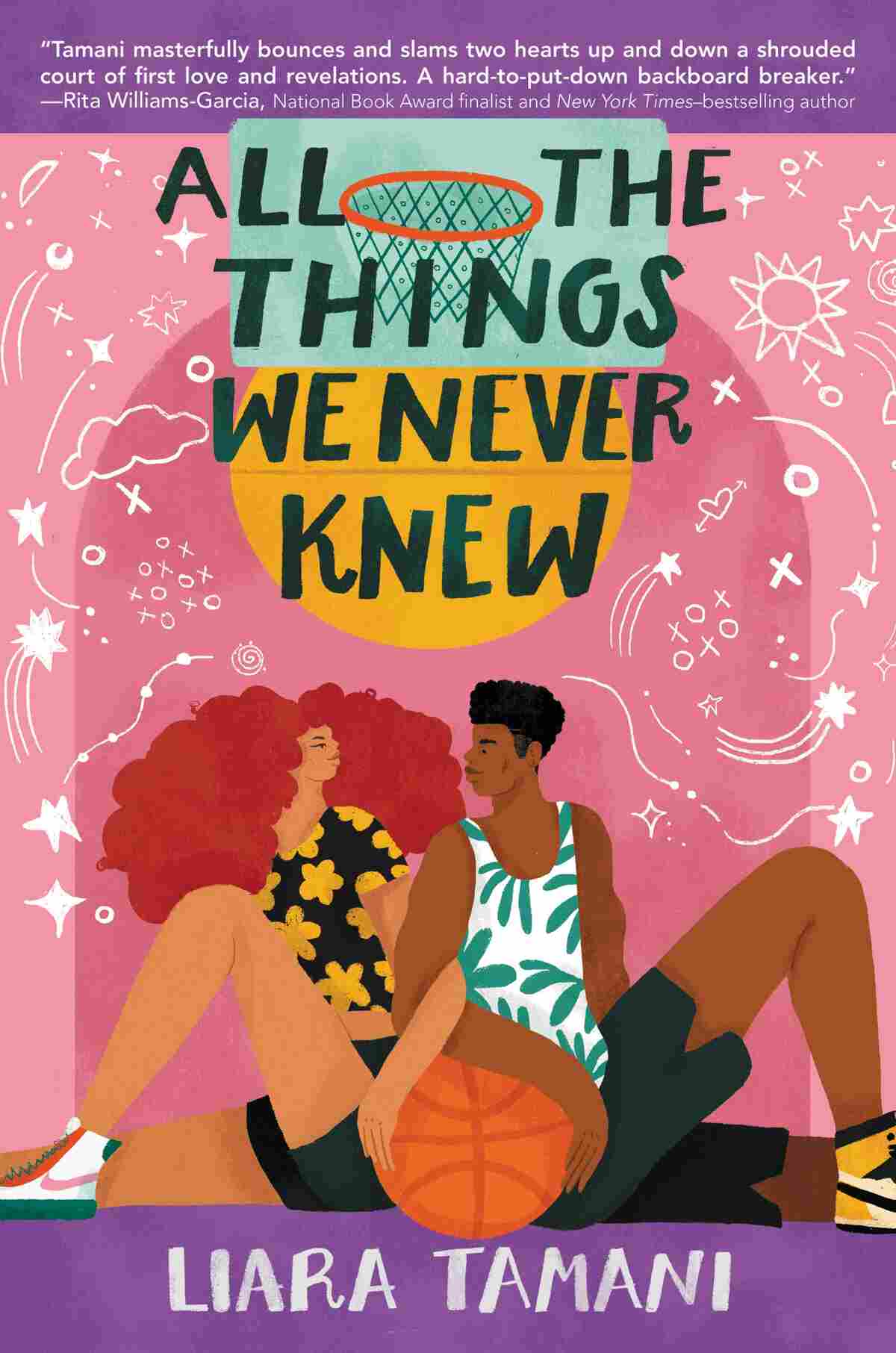 All The Things We Never Knew

Title
All The Things We Never Knew
Author
Liara Tamani

In Liara Tamani's swirling, poetic new young adult novel All the Things We Never Knew, two high school basketball stars, Rex and Carli, fall in love at first sight — the falling is literal in Carli's case; she has a gallbladder attack and collapses in Rex's arms courtside at a basketball game.

But how do you turn love at first sight into lasting love, when you don't really know how to love yourself? Both Rex and Carli struggle with their own doubts and depths and family secrets.

In an email interview, Tamani says the characters "came to me piece by piece. I'm not big on outlining because I like to leave a lot of space to discover who my characters are. So the more I write, the more my characters reveal themselves to me. And that process of revelation is a beautiful experience because it often makes me more aware of myself. Everything in Carli and Rex is somewhere in me. Whether it has been a part of my direct experience or something I've seen or heard. Whether it's buried deep, in the unconscious parts of me, or on the surface, intentional level."

What I love about Rex and Carli is how immediately you know that they have these vast depths beyond what they appear to be on the surface — which is high school basketball stars.

Even when things seem to be going terrible in the world, or in their lives, I want teens to remember to look to the blue sky for peace. To listen to the birds and pay attention to the trees. Simple things, but they can be transcendent.

It was my intention to make Carli very curious. Curiosity naturally leads us to explore the depths of the world around us. And I wanted to encourage teens to be more curious because it can lead to beautiful, unexpected things. Likewise, it was intention to make Rex a lover of nature. Nature can be a huge ally in life (it certainly is for Rex), and I wanted teens to recognize it as such. Even when things seem to be going terrible in the world, or in their lives, I want teens to remember to look to the blue sky for peace. To listen to the birds and pay attention to the trees. Simple things, but they can be transcendent.

But even the aspects of Carli and Rex that weren't initially intentional, the aspects that they revealed to me throughout my writing process, ended with intention. After I became aware of a memory or emotion or interest or behavioral trait, I'd examine it to see where it fit within their romantic journey and individual journeys. Where it could connect to, cause tension in, or illuminate other parts of their journeys. And this process added layer over layer until they fully came into being.

Each of them is searching for wisdom, it feels like — Rex from his mom, Carli from her numbers.

I think most people are wisdom seekers. Looking for truths beyond themselves that can help guide and give meaning to their lives. Some people seek those truths in the way of religion and others create a more personalized guidance system for themselves. In this book, Carli looks to signs from the Universe for direction. And Rex looks to his mother, who died giving birth to him.

Carli and Rex have very different experiences on their wisdom seeking journeys. Rex's journey is riddled with guilt and self-hate that he eventually must squarely face. And Carli's journey leads her to listen to herself more, to value her own internal wisdom and intuition. The latter is a theme that's important to me and one that I've thread through both of my YA novels.

Love at first sight is such a classic trope — but then of course you have to actually get to KNOW the other person.

When Carli and Rex first meet, there's an immediate connection ... But their relationship can't be sustained from the feelings of a single moment or even their continued chemistry.

When Carli and Rex first meet, there's an immediate connection. But it's not only based on physical attraction; the connection is intertwined with their histories. Rex has a ritual of blowing a kiss to his mother whenever he shoots free throws. Carli, who has her own history with blown kisses, mistakes the kiss for being directed at her as she passes by and sees it as a sign. In the moment, it's as if both of their histories have come forth and given the other a glimpse of itself. And that glimpse sets off fireworks.

But their relationship can't be sustained from the feelings of a single moment or even their continued chemistry. As they get to know each other, their connection deepens, but they also begin to see the issues plaguing each other. They try to get lost in each other and ignore them. But the issues, being the slithery things they are, begin to creep into their relationship and cause harm. Eventually, they realize they'll have to face their issues and work them out if they want their love to last.

Honestly, I feel like the kids in this book are, in some ways, a lot more mature than the adults. Am I right about that? And if so, was it on purpose?

I want teens to know that every little decision they make (all day, every day) adds up to create their future ... I want them to recognize their own power and take charge of creating their own destinies.

I would say you're partly right. Mostly, though, Carli and Rex's fathers have unresolved issues. And these issues certainly keep them from being their best selves. With Carli's father (even though he's been a very loving, strong presence in her life) we see how rejection, trauma, shame, and the fear of losing his family keeps him from living in truth. With Rex's father, we see how depression and not doing what it takes to move past the death of his wife, keeps him from being a good father.

Yes, it was on purpose. Many kids have parents with unresolved issues. Through Carli's experience with her father, I wanted to say to kids: Your parent's issues are nor yours. It's good to empathize, but it's also OK to recognize when your parents are wrong and choose to do better for yourself.

Through Rex's experience with his father, I wanted to say, "Love is never better than the lover," which is the quote that appears at the very beginning of All the Things We Never Knew and is taken from Toni Morrison's The Bluest Eye. People can't give what they don't have. And I hope kids who haven't received the love they want from their parents can internalize this truth so they don't blame themselves.

How do you want people to feel when they turn the last page?

I want people to feel like they have the power to create the lives they want for themselves. Not to say that things are fair and we all have the same opportunities, because they're not and we don't. But even so, I want teens to know that every little decision they make (all day, every day) adds up to create their future. I want them to know that the larger decisions they make can strongly take their lives in a desired direction or undesired direction. I want them to recognize their own power and take charge of creating their own destinies.