Accessibility links
RMR, Pre-Fabulous Breakout Of The Year, Is Nothing But Smiles The anonymized, countryfied singer-rapper came barreling into the mainstream in February, seemingly out of thin air. 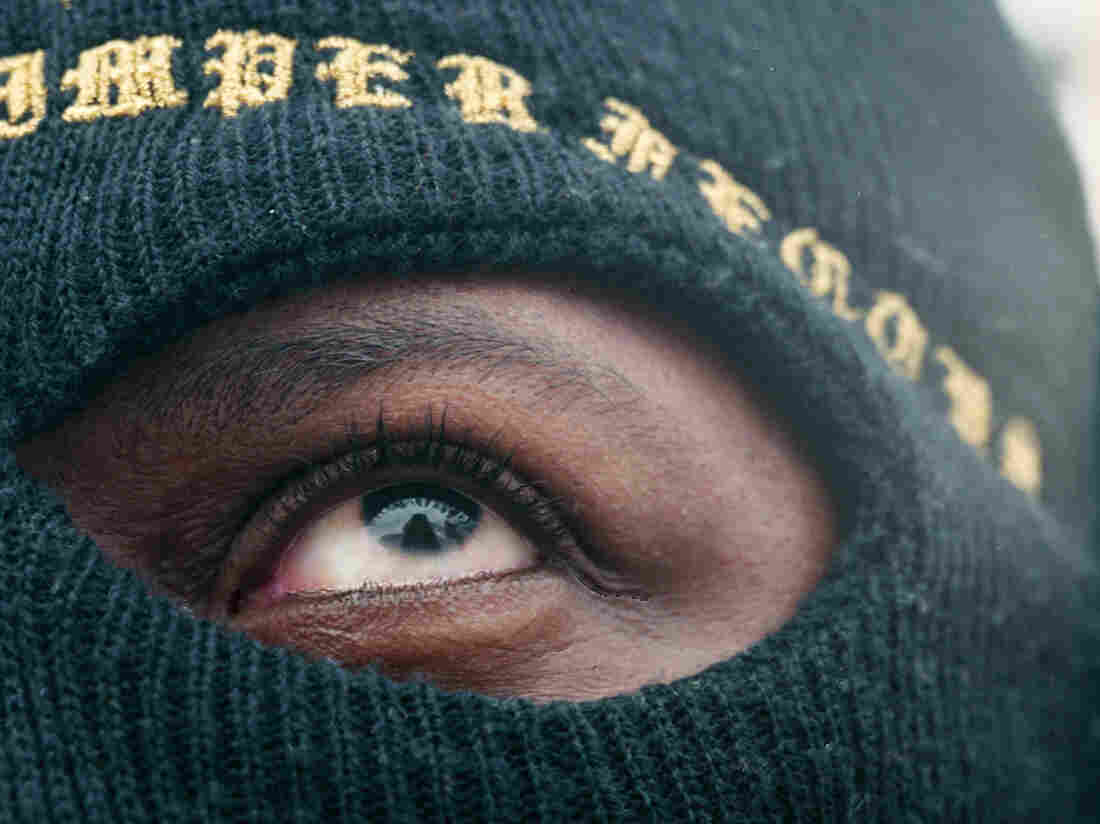 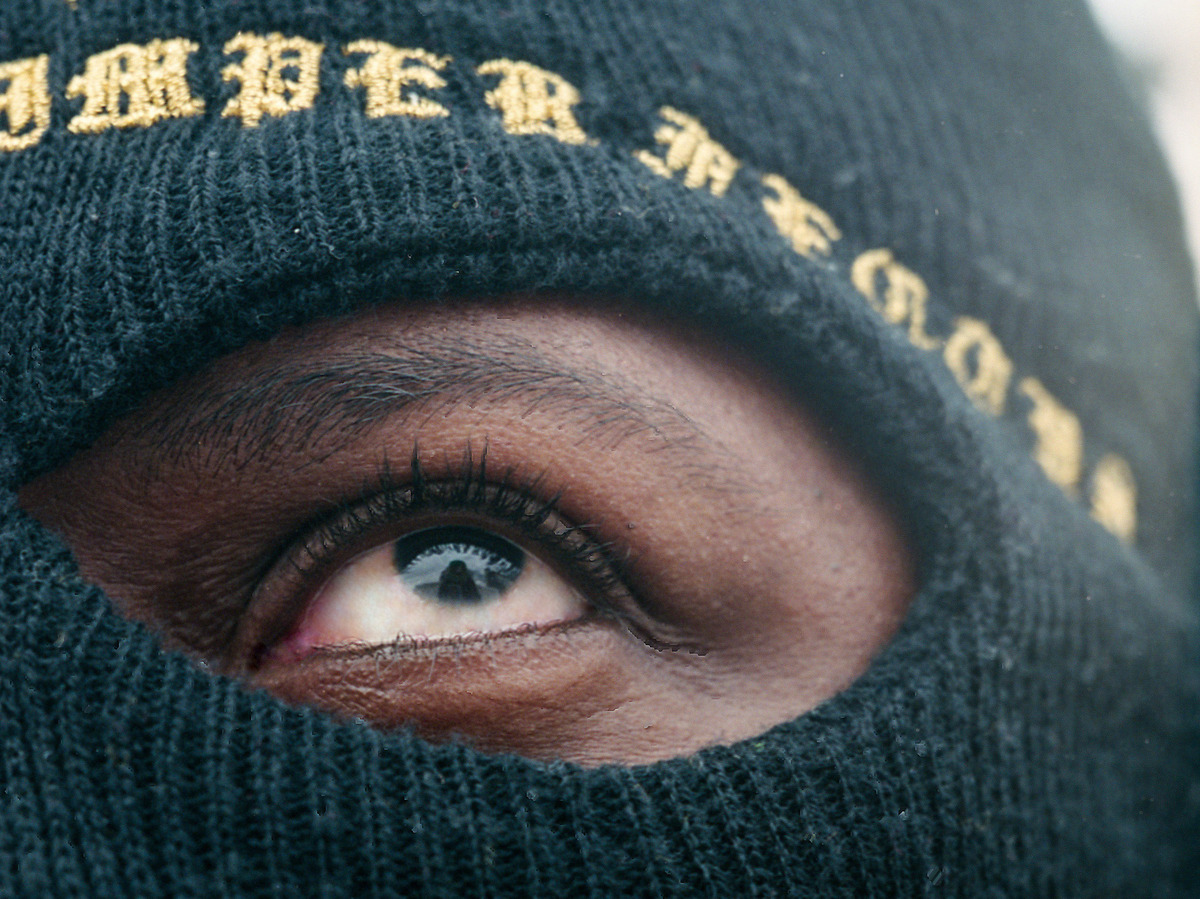 When RMR enters our virtual meeting, he looks the only way the world knows him: eyes popping through a gold-embroidered balaclava, gilded grills gleaming.

Mano Sundaresan, NPR Music: You're wearing the mask right now. Do you wear the mask in every public moment?

What does it mean to you?

The mask is just a mirror. For society and whatnot. You wearing a mask right now, Mano. I don't know who you are. You don't know who I am. When we talking, when we get out in the public, we always put on masks until we go home. Some people actually keep their mask on when they at home.

No one really knows who RMR, pronounced "rumor," is. The rapper stays in LA these days, but won't confirm or deny anything previously reported about his past life. All that is certain is he appeared out of thin air in late February, after his debut single, "Rascal," went viral.

There's a novelty that comes with an "Old Town Road" or "Mooo!" But the appeal... it is what it is. Chances are, there won't be another song that sounds quite like either. There's no such thing as "the next" Lil Nas X. Only the next.

That's what makes "Rascal" so puzzling. Unlike the free spirit of "Old Town Road," the song and its video feel focus-grouped, whiteboarded by a room of suits using terms like "ROI" and "VSR," with one goal in mind: maximum response.

It's an interpolation of Rascal Flatts' "Bless The Broken Road," swapping out the original's shattered hearts and lovers' arms for hustling plugs and a "F**k 12" refrain. RMR's video sets up a bizarre juxtaposition: crooning over the song's somber guitar in a black ski mask and Saint Laurent-branded bulletproof vest, toting a rifle, flanked by a posse also waving around guns. Rap aesthetics animating what is, essentially, a country ballad. It's musical theater, parody, and/or genuine pain music, depending on how your eyes and ears are tuned. It brings to mind the work of Tim Vocals, the Harlem singer who set 2011 Twitter ablaze with his syrupy street balladry.

Regardless of the influences or déjà vu, there's no denying that people were genuinely stunned by RMR's debut. It caught on at lightning speed in just days, racking up thousands of retweets, millions of views on YouTube and landing on countless blogs, breathlessly dubbing it one of the best songs of the year. The attention shot RMR onto major-label watchlists and into the studio with production legends Timbaland and Mike Dean. Though "Rascal" was unceremoniously taken off Apple Music and YouTube within the week over copyright grounds, it's back on streaming now (on YouTube, though, you can only find the video through third-party accounts).

Tell me about the very first day that "Rascal" came out.

You slept the whole day?

Pretty much the whole day.

And you woke up and what happened?

What was supposed to happen.

Did you expect that to happen?

I didn't expect anything, you feel me? Like, putting that out. I just put it out cause it was just good art. So when I put it out and people chose to gravitate towards it, I felt like, OK, well, this was what was supposed to happen.

I don't make any song thinking that it's gonna be a hit.

Were you ready for that moment?

[RMR pauses and smiles, flashing his gold fronts.] You can go ahead and write, "He just smiled."

By most marketing rubrics, RMR has a lot working for him: mystique, a unique (maybe cobbled together) aesthetic. Sheer talent. The man can sing.

But "Rascal" was on the nose — at least, its meteoric rise immediately raised red flags for some. As Rolling Stone reported, a screenshot circulating a day after "Rascal" dropped seemed to show RMR's management texting influencers, asking them to post the song. Others in the industry have said they received a mysterious text from an unknown number in the days leading up to release with just a link to the video. (Anecdotally, this writer received a few.)

Nothing incriminating or wrong about any of this. RMR is managed by Adrian Swish, a music industry OG. Vets like Swish will, of course, do their jobs. 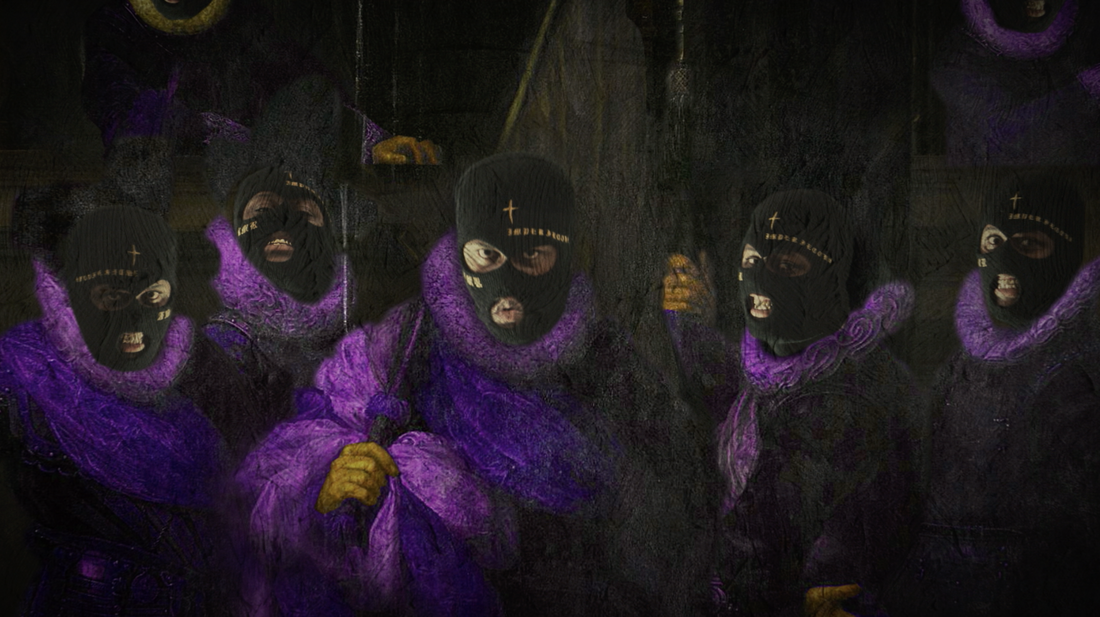 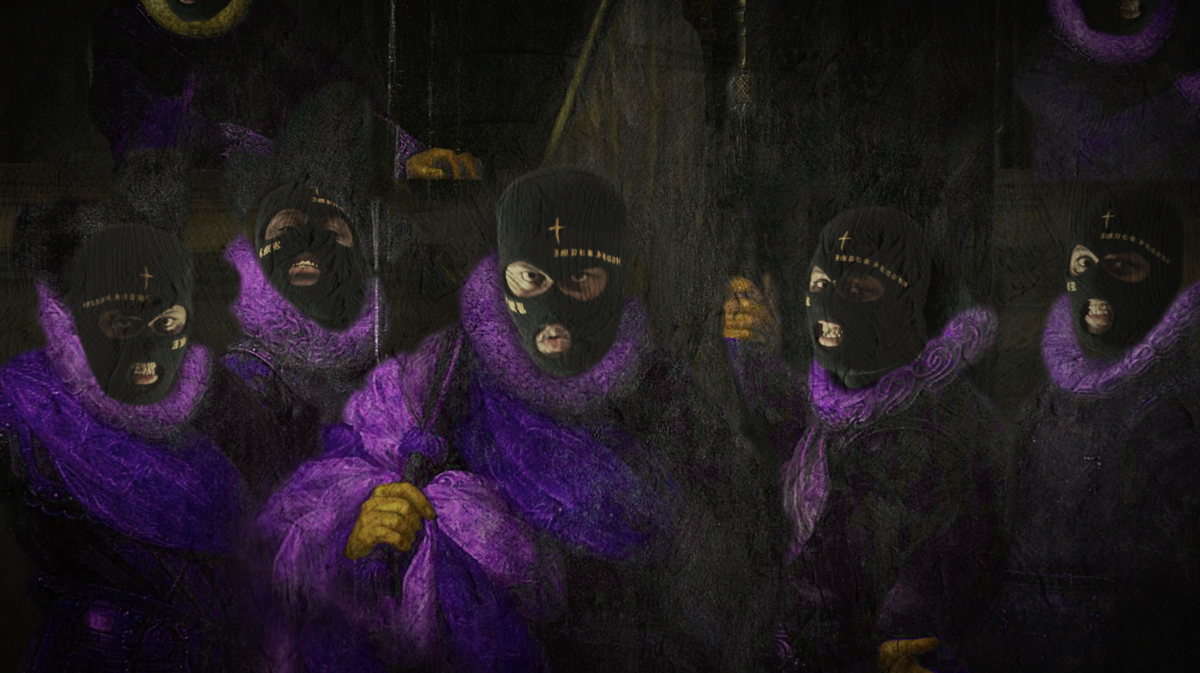 A still image from the music video for "DEALER (feat. Future and Lil Baby)."

RMR is packaged as a myth; the mask, the country-trap character, the (relatively indulgent) commitment to anonymity.

MF DOOM pulled it off because we got an origin story paired with a half-dozen different characters. Daft Punk made its whole mission about blurring the lines between fact and fiction, man and machine. Even early-decade enigmas like The Weeknd and James Blake benefited from life before social media, when attention could actually be drawn by a lack of information. "Just get on with it," feels like the collective response these days.

When did you first start making music?

When did you first hear the record, "Rascal?"

You weren't doing anything before that?

Mano y Mano! You heard what you heard.

Second time I ever did music.

Compared to "Rascal," RMR's second single, "Dealer," is a revelation. A sumptuous slice of trap-n-B melodrama that wouldn't sound out of place on a Ty Dolla $ign record. No gimmicks here, except for maybe the Future and Lil Baby verses grafted onto its remix. His EP, released Friday and titled Drug Dealing Is A Lost Art, also hints at a genuinely promising pop-rap artist, the type that can craft smooth, regionless anthems without sinking into the greys of playlist fodder. There's a Westside Gunn duet that shouldn't work but does, there's a twangy Timbaland-produced number, there's "Silence" — which sounds like early Katy Perry — and, of course, "Rascal" to wrap things up.

As to who he was and is — it'd be a lie to say RMR didn't reveal anything about life before the mask:

He channels life experiences — both his and others ("I sit down with you for like two days, you're gonna hear a song called 'Mano y Mano' ") — in his music, but the dividing line is unclear. He doesn't want this to be about himself, he wants you to pay attention to the music.

Tell me about the mask. It's very detailed, it has a whole design.

[Points at the embroidered lettering above his left eye] "IMPERFECTUS." Incomplete, in Latin. Imperfect. That's it. I'm just imperfect. I'm not perfect. I don't aim to be. So I just gotta remind myself. Nobody is. Humble.

And I was also gonna ask about your name.

There's always gonna be rumors, always. Nah I'm sayin? 'Oh who's that,' blah blah blah, 'He does this,' woo-woo. 'Is the song about so-and-so? 'What's his life?' But at the end of the day, it's just all rumors, you feel me? Until I back something up then, again, it's still a rumor. What's an actual fact without there being concrete evidence?

You think people are making up a bunch of rumors about you right now?

I feel like some people, after a while when the rumors really pile up, some people just crack. Do you think that'll happen to you?

That's all people need to know?

[Another glowing, gold smile] He smiled.