Accessibility links
Opinion: Let's Rethink The Names Behind Forts Benning And Bragg NPR's Scott Simon dusts off some history behind the naming of two army bases after Confederate officers, and what Braxton Bragg and Henry Benning actually stood for. 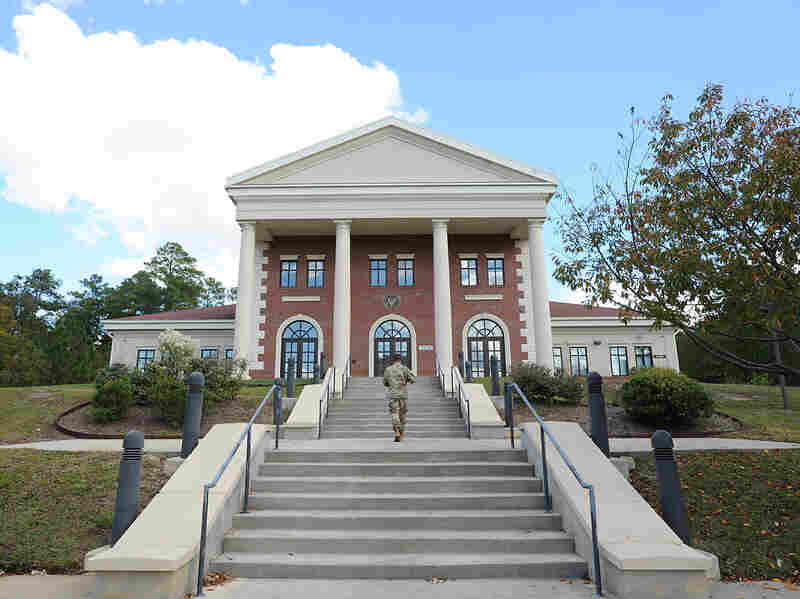 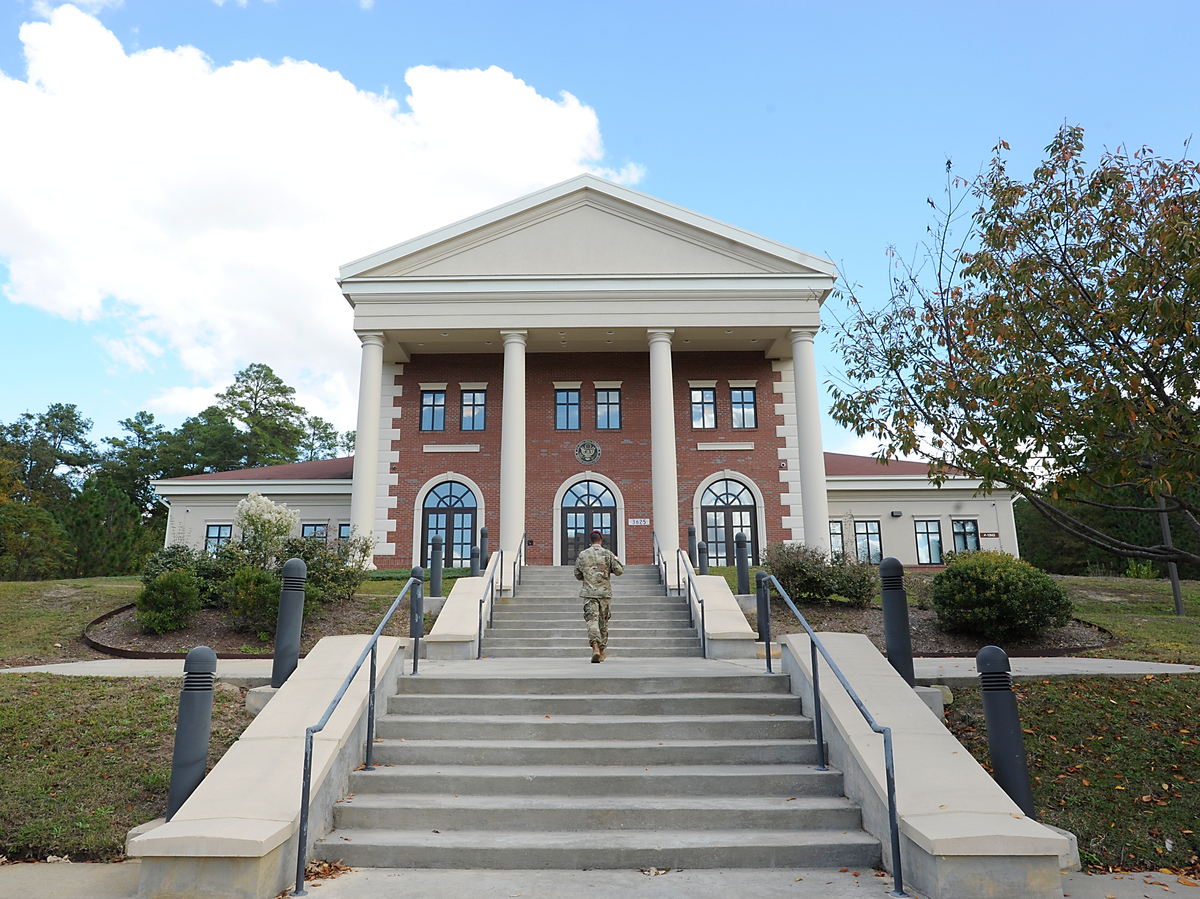 The Ft. Bragg military courthouse in 2017.

Why are there U.S. military bases named for Confederate officers who took up arms against the United States?

I've covered stories at Fort Bragg, North Carolina, where the XVIII Airborne Corps is headquartered, and Fort Benning, Georgia, known as the Home of the Infantry.

Those bases were not founded in the wake of the Civil War, when President Lincoln encouraged national conciliation. Fort Benning and Fort Bragg were opened in 1918, as the U.S. army expanded to fight World War I. Harold Holzer, the civil war historian and author at Hunter College, told us that the army essentially gave what we'd now call "naming rights" to states, to help the federal government acquire the land.

Brigadier General Henry L. Benning was acclaimed as "Old Rock" by his men. He once had two horses shot out from under him in battle. Harold Holzer calls him "a pretty formidable military commander. That is, effective in the war to perpetuate slavery. More to the point, he was a virulent white supremacist who issued incendiary warnings about the so-called dangers of having free black men outnumbering white men and threatening the purity of lily-white womanhood."

Harold Holzer says Braxton Bragg, "may have been the worst commanding general in the Confederacy. He was a bad strategist, an inept tactician whose usual order was to charge straight ahead...He did absolutely nothing to establish a claim to a place in national or even Southern memory...

"I just find it mystifying," he says, "that two iconic American army installations should have been named in honor of a racist and a screw-up." Braxton Bragg, we'll add, may have qualified as both.

Elizabeth Samet, the professor of English at West Point, and author of Soldier's Heart, told us that putting new names on military bases wouldn't erase America's history, because those old Confederate names and memorial statues were part of what we'd now call a re-branding effort in the early 20th Century, to, "erase the true history, that the Confederacy fought the war to retain slavery."

And, of course, the south also lost.

Elizabeth Samet says there were so many men and women, white, native American, Asian-American, Latino, and Black, who fought for, and even gave their lives for the United States. The names of true heroes on our Army bases would better honor the men and women who serve today.