Accessibility links
Gia Margaret On Creating The Ambient 'Mia Gargaret' After Losing Her Voice The singer-songwriter canceled tour dates for her debut album when an illness incapacitated her singing voice. On Mia Gargaret, she overcomes the creative challenge with a stunning ambient album.

How Gia Margaret Lost Her Voice And Reassembled Her Songwriting Identity

How Gia Margaret Lost Her Voice And Reassembled Her Songwriting Identity 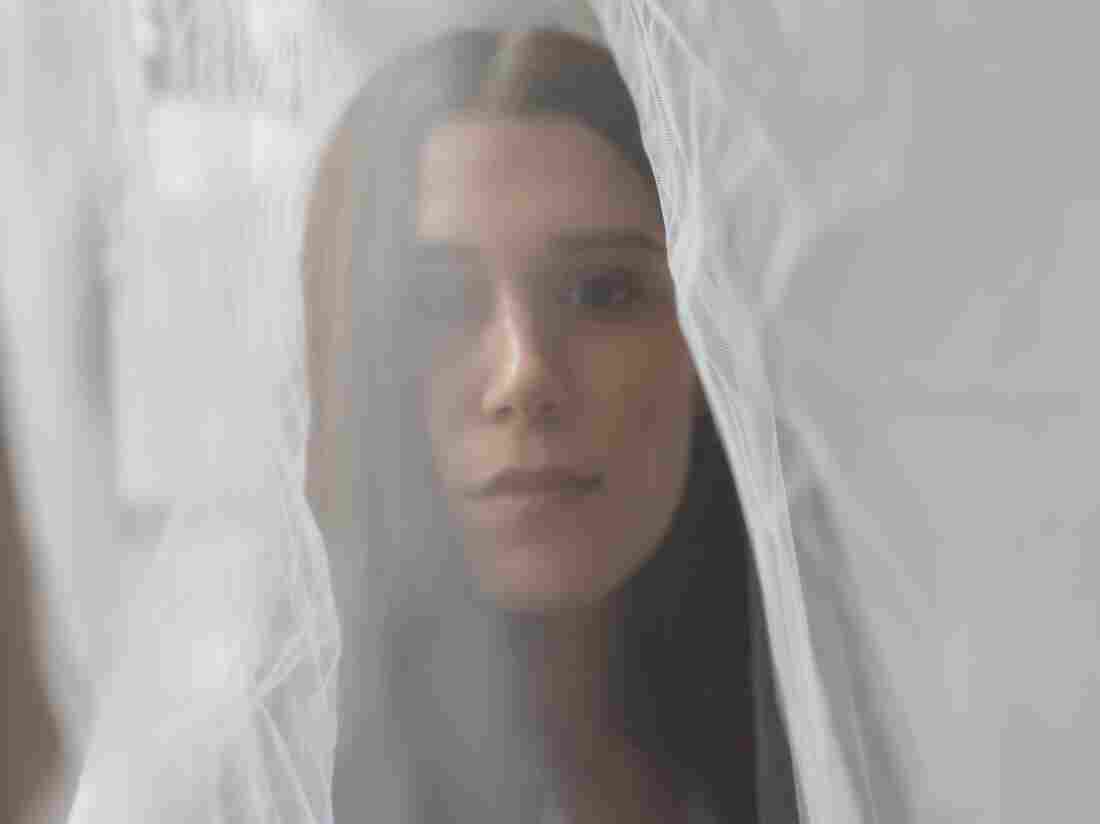 Moving through themes of isolation and recovery in real time, Gia Margaret reshapes her world around her circumstances on her latest album, Mia Gargaret. Rachel Winslow/Courtesy of the artist hide caption 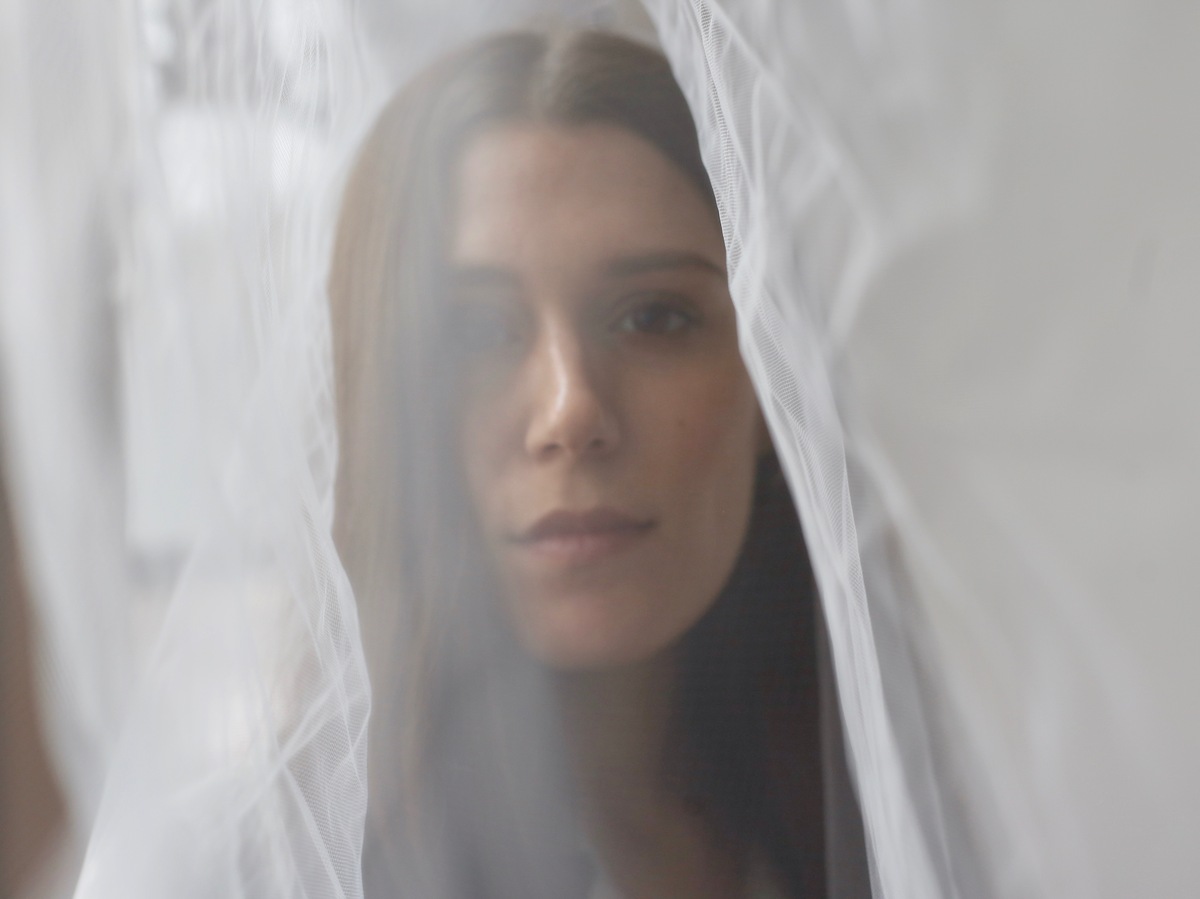 Moving through themes of isolation and recovery in real time, Gia Margaret reshapes her world around her circumstances on her latest album, Mia Gargaret.

Rachel Winslow/Courtesy of the artist

Mia Gargaret is a record that gives far more than it asks of you. Often wordlessly, Chicago-based singer-songwriter Gia Margaret paints her interior world with wide strokes of optimism and honesty. Still present is her gift for instrumental compositions, which she demonstrated on her debut There's Always Glimmer, where drowsy electronic flourishes peeked around the edges of her arrangements, but the absence of Margaret's whisper-warm voice and tenderly concise lyricism on Mia Gargaret was by necessity.

In the early months of 2019, while touring Glimmer, Margaret came down with an illness that left her without the use of her singing voice. Upon returning home, amidst canceled tour dates and an ambiguous future, she turned to her synthesizer for comfort. Over time, the ambient meditations that she began making for solace in her bedroom began to take shape as a cohesive project, one that would deliver Margaret from hopelessness to a renewed sense of purpose.

While not the sophomore record that Margaret intended to make — "I think I was like 80% done and not even sure that I should finish the record," she says — Mia Gargaret is a deeply contemplative, introspective ambient record where Margaret collages the sonic relics of her healing. Margaret sets an excerpt of her vocal therapy exercises alongside plaintive piano movements; she underscores a sampling of "Overcome Social Anxiety," a lecture from philosopher Alan Watts, with bright, celestial synthesizers.

"I feel like I've always been interested," she says about making instrumental music, "and this kind of forced me in rediscovering that part of myself because that was literally all that I could do at the time."

Even the album's title, Mia Gargaret, hints at the reassemblage of Gia Margaret's musical identity. When Margaret's singing voice falls away from her self-proclaimed "sleep rock," what emerges is illuminating: twilled instrumental soundscapes that energize and soothe in equal measure. She cites Brian Eno and Yo La Tengo as influences, and when we spoke a few days before her record came out about her background in music composition and reclaiming her identity as a songwriter even without her voice, I remarked at how she managed to stretch the plaintive still of Yo La Tengo's "Green Arrow'' into a full-length record. Were there any parts of the process that felt like an experiment?

Yes, she laughs. All of it.

Emma Bowers, NPR Music: How have you been feeling this week with everything that's going on?

Gia Margaret: It's been sort of all-consuming. I didn't even think of my record coming out until the end of last week, when I was like, "Oh wait, this is still happening. Should it be happening? Is this an important thing for me to be sharing? Should I take up space?" Just so many questions. I've been spreading myself thin, and rightfully so, trying to do what I can to support the entire movement of ending police brutality and trying to contribute and be supportive of important things.

It's funny you say that, because I think this record, specifically, is really healing and contemplative, and it doesn't feel big or flashy. It doesn't ask too much of the listener.

I think that is a big reason why I'm going forward with releasing it, because unfortunately, I'm not singing on it, but fortunately that means that I'm not singing about anything that isn't relevant, and I think it is a nice pause and it is something that people can turn to for relief. Maybe they've been protesting all day and they're super overwhelmed, anxious, sad — full of so many different emotions — and maybe they can turn to it for a little break and some comfort. It's a pretty mellow record.

Before you having issues with your voice, was an ambient record something you'd been thinking of?

Yeah. I've made a bunch of music that I haven't shown anyone and most of it's pretty synth-driven, and some of it is pretty similar to the record. I think I never felt confident enough in myself as a composer because I dropped out of music school [laughs]. I'm sure a lot of people feel this way in their early 20s, like you get a little jaded when you don't succeed in something. So I felt like I couldn't handle a rigorous music program, so therefore I couldn't be a composer. I think the interest was always there, and it was always in me. I produced Glimmer, and a lot of that music, though there's lyrics and singing in it, the mood and the production of the music is so much a part of what the music is. I feel like I've always been interested and this kind of forced me in rediscovering that part of myself because that was literally all that I could do at the time.

You brought up something I was noticing, which is that there are so many sonic motifs in There's Always Glimmer that have been fully actualized and expanded upon on this record. That's a really beautiful thing, to kind of pick up where you left off, even if it's in a different way than you might have imagined. Was there something that clicked for you musically that allowed you to expand on those ideas? I'm curious about what your practice looked like while shifting structure from writing singer-songwriter music to instrumental compositions.

I felt like everything came together in the same way. When I sit down and write a song, my favorite songs have been written in less than an hour. I think I wrote "Birthday" in half an hour, it just poured out of me. A lot of these songs on the record, I can't even play them because I wrote them so quickly. With lyrics, it's easier to figure out what you did because you have a melody that you're singing and you can make up new chords and it's still a thing. But with instrumental music, I don't score my music. I don't write any of it down. So, a lot of it was just like "Oh, this poured out of me. I like it, and I'm just going to build off of it, and that's it." But I think internally, I'm a pretty structured songwriter.

The circumstances that surround Mia Gargaret are challenging, but you mention wanting to make a hopeful record while feeling hopeless. Was that something you kept at the front of your mind while composing?

The music helped me to feel some happiness on my worst days. I'd walk around and listen back to what I made, and it made me feel whole when I felt pretty broken.

Honestly, I don't remember making half of it because I was in such a fog. I was so down and I think I might have been searching for something hopeful without realizing it. But when I decided to release the music, I didn't want it to be this sob story of, you know, "I lost my voice and I made this tragic record," because I don't think the music sounds sad. The music helped me to feel some happiness on my worst days. I'd walk around and listen back to what I made, and it made me feel whole when I felt pretty broken.

My voice is getting better; it's still a struggle some days. But I've had to realize that I'm not only a vocalist, I also do so many other things. But it's so easy to hyper-focus on anything that's going wrong in your life. Music aside, I think we do all that.

I loved the Alan Watts excerpt on "body," it totally took me by surprise. Were there any other forms of media that inspired or influenced you sonically or spiritually?

The Alan Watts thing was totally a happy accident. I turn to his lectures when I'm really at a loss and when I need some direction; I'll just search on YouTube for "Alan Watts lectures" and pick something that seems relevant. I think I had listened to that the night before, and I plugged it in as a placeholder because I knew that I wanted some spoken word on the album but I didn't know what, and then I couldn't take it off because it just felt so fitting. But aside from that, I was listening to a lot of Brian Eno and His Name Is Alive and Yo La Tengo. Music that was sort of collage music, that used field recordings and spoken word and speaking — anything that was intertwined with music.

Isolation is a theme on this record, but not necessarily loneliness. There are even a few other instrumentalists and collaborators on the record. How did you strike that balance, between working through internal and physical issues and collaborating with other people?

I had to come home from tour early because I was having all of this vocal trouble, and I didn't feel social. I didn't want to see my friends, and I was definitely isolating and just making this weird music alone. And then, at a certain point, when I realized it would be a real project, it became a little more collaborative. My studio set-up is very humble, and my friend Nick [Papaleo], who engineered Glimmer, decided to jump on the project and began helping to EQ and process things and make things sound a little more well-rounded then, just like home demos. So all of a sudden I was going to his studio and working on the music, and it felt good to see another human being and be working on a project with someone else.

When I was working on "barely there" I had completely hit a wall with the project, and I started this idea and I didn't know where to go with it. My friend Doug [Saltzman], who also worked on the previous record, wanted to help me try to build the idea further. Working on that with him felt communal and therapeutic and was ultimately a great collaboration because I love the way that song turned out. So I feel like there was a balancing act, noticing that I need alone time to make this music, and also I need support to help me make this be the best that it can be.

Mia Gargaret is out now via Orindal Records and Dalliance Recordings. All June 2020 digital sales will be donated to The Loveland Foundation.