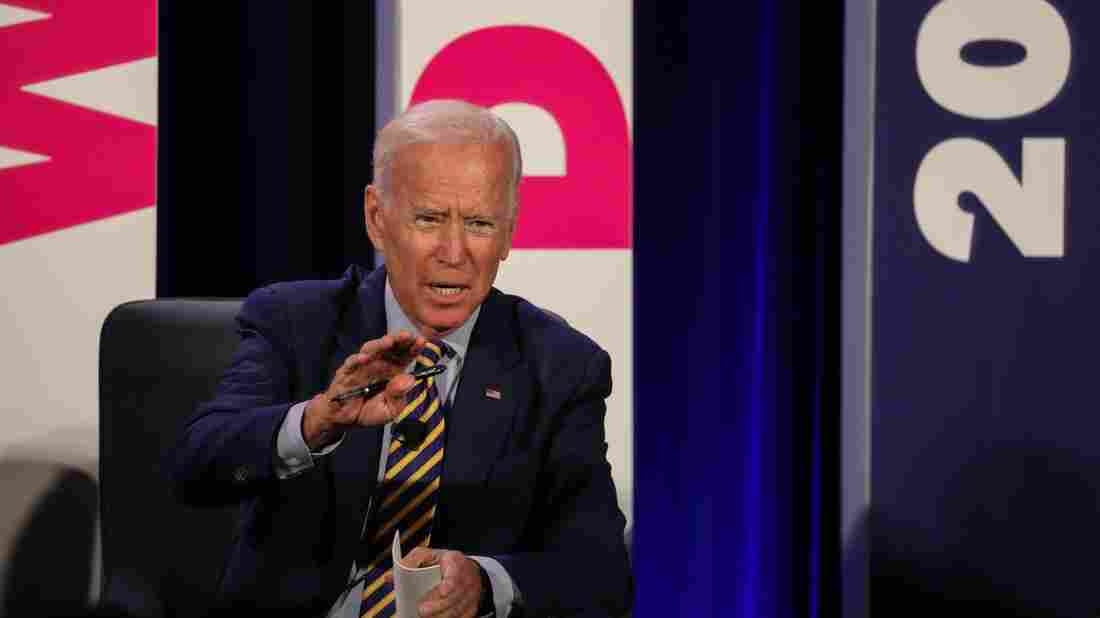 Former Vice President Joe Biden addresses a Planned Parenthood Action Fund candidate forum in June 2019 in Columbia, S.C. The group declined to back a candidate during the Democratic primaries but announced its support for Biden on Monday. Logan Cyrus/AFP via Getty Images hide caption 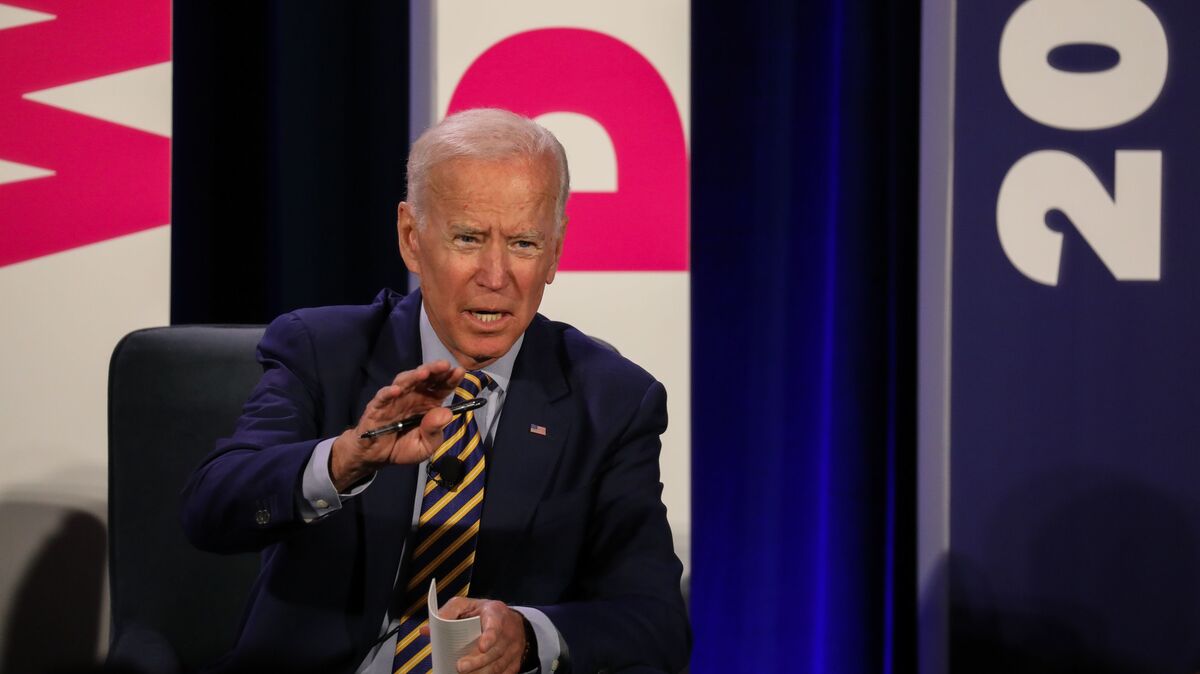 Former Vice President Joe Biden addresses a Planned Parenthood Action Fund candidate forum in June 2019 in Columbia, S.C. The group declined to back a candidate during the Democratic primaries but announced its support for Biden on Monday.

With abortion rights advocates on the defensive at the federal and state levels over the last four years, Planned Parenthood's advocacy arm is endorsing former Vice President Joe Biden in his race to defeat President Trump.

Activists are putting their hope in Biden, whom some see as having a mixed record on abortion, as they watch a U.S. Supreme Court reshaped by Trump appointees for key decisions that could scale back access to abortion and birth control. They're also reeling from a series of policy reversals related to reproductive health during the Trump administration.

"This is literally a life and death election," Alexis McGill Johnson, acting president of Planned Parenthood, told NPR ahead of the announcement. "We felt like we can't endure another four years of Trump; we have to do everything we can to get him out of office."

In a video statement announcing the endorsement, Biden pledges his support for reproductive rights and highlights his work on the Affordable Care Act during his time as President Barack Obama's vice president. The law required participating insurers to cover reproductive health screenings and contraception without a co-pay.

Planned Parenthood Action Fund, the group's advocacy and political arm, is endorsing Biden for president in 2020.

"We will protect women's constitutional right to choose, and I am proud to stand with you in this fight," the presumptive Democratic nominee says in the video released Monday by the group's advocacy and political arm, Planned Parenthood Action Fund.

Planned Parenthood is contrasting Biden's record with that of Trump, who has won praise from abortion rights opponents for appointing conservative judges, and for blocking domestic and international organizations that provide abortions from receiving federal funds to cover other reproductive health care such as birth control and sexually transmitted infection screenings.

"I think that's where most Americans are," she said. "We need to be able to kind of move past this very challenging, divisive, polarized era and move into a place where we can actually rebuild our lives after this disaster."

In response, Jeanne Mancini, president of the anti-abortion rights group March For Life, said in a statement, "It is offensive to hear our nation's largest abortion provider, Planned Parenthood, an organization that claims the lives of 345,672 American babies annually (a third of all of the abortions in this country each year), call the 2020 cycle a 'life and death' election. Those who really care about protecting life realize that the election of Planned Parenthood-endorsed candidate, Joe Biden, will result in a major increase of tax dollars going to the billion-dollar organization, including direct payment for abortions, among other deadly consequences."

While Biden has long supported abortion rights, he's been seen as less progressive on the issue than many other Democrats, including his former rivals for the nomination. For decades he supported the Hyde Amendment, which bans federal funds for most abortions, before reversing that position last year as he was starting his presidential campaign.

At a presidential primary forum hosted by Planned Parenthood Action Fund last year in South Carolina – which did not result in an endorsement for any candidate – Planned Parenthood Action Fund Executive Director Kelley Robinson noted that Biden had "evolved" on some issues, including the Hyde Amendment, and asked him how he'd ensure access to abortion for low-income women.

Biden addresses his record on abortion rights during a 2019 forum hosted by Planned Parenthood in South Carolina, including his past support for the Hyde Amendment, which prohibits federal funding for most abortions.

Biden responded by suggesting that he'd supported the policy in the past in an effort to compromise and achieve larger goals. He said he wants to expand access to health care for low-income people, including abortion.

"It became really clear to me that, although the Hyde Amendment was designed to try to split the difference here to make sure women still had access, you can't have access if, in fact, everyone's covered by a federal policy," Biden said during the forum in June 2019.

Asked by NPR if Biden's record on the issue could dampen enthusiasm for him this fall among the Democratic base, a broader concern for many in the party, McGill Johnson said he's shown a willingness to "listen" and adjust his views.

"What we know is that he's somebody that folks can work with. We know that he will deliver on basic — I mean birth control, access to abortion — these are actually bread-and-butter issues, and I think that's what we really need right now," McGill Johnson said.

In the midst of a coronavirus pandemic, nationwide protests for racial justice and what abortion rights advocates see as relentless incursions from the Trump administration, McGill Johnson said now seemed like the right moment to announce the endorsement.

In a sign of the urgency advocates are feeling around the issue, groups on both sides of the abortion debate said they're spending tens of millions of dollars this year; the anti-abortion rights group Susan B. Anthony List, which supports Trump, has announced plans to spend more than $50 million during the 2020 campaign cycle. Planned Parenthood officials said they're spending $45 million this election cycle, 50% more than four years ago.