Accessibility links
U.S. Prisons Respond To Coronavirus With More Solitary Confinement With many U.S. prisons on lockdown amid the pandemic, keeping prisoners in their cells has emerged as a way to stop viral spread. Advocates worry that will increase the use of solitary confinement. 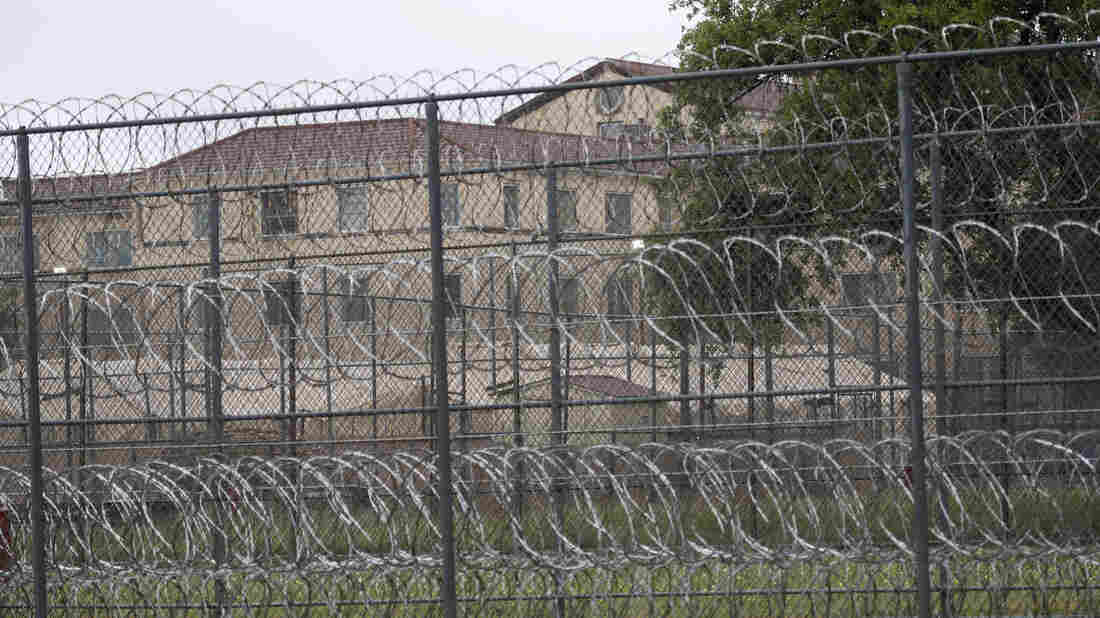 Tents are visible behind wire fences last month near buildings of the Federal Medical Center prison in Fort Worth, Texas. Hundreds of inmates inside the facility reportedly have tested positive for the coronavirus, and several have died. LM Otero/AP hide caption 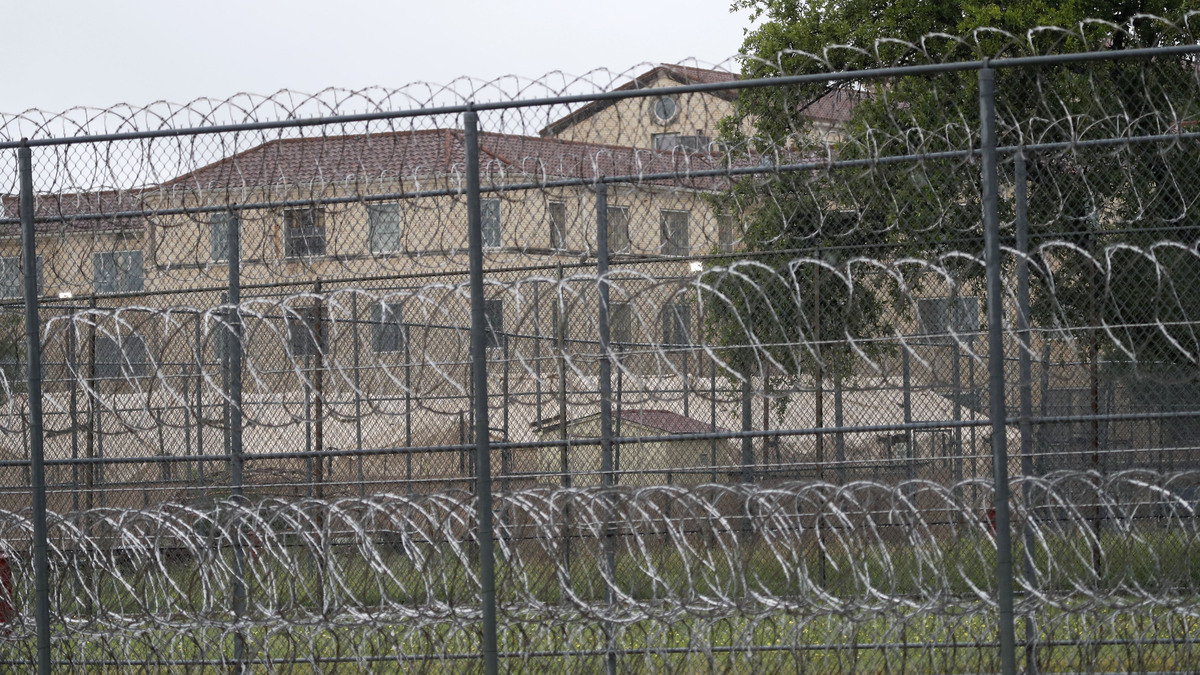 Tents are visible behind wire fences last month near buildings of the Federal Medical Center prison in Fort Worth, Texas. Hundreds of inmates inside the facility reportedly have tested positive for the coronavirus, and several have died.

Prisons across the country have placed prisoners on lockdown — they're kept in their cells mostly around-the-clock — as a way to stop the spread of the coronavirus. Now prison reformers are worried that the response has increased the use of a practice they've long fought: solitary confinement.

"We're starting to see an alarming trend in light of COVID-19," says Jessica Sandoval of Unlock the Box, a coalition of groups fighting solitary confinement, including the American Civil Liberties Union and the National Religious Campaign Against Torture.

That trend is outlined in the coalition's new report, Solitary Confinement Is Never the Answer.

Lockdown varies from prison to prison. Sandoval says in most cases, prisoners can't leave their cells for meals, exercise or prison jobs and can't receive visits from family. There might also be limits on mail and phone calls.

Sandoval says she worries that because it's hard to know what goes on inside prisons, some of these restrictions will stick.

"We believe that this is the start of a trend to continue to institutionalize the practice of solitary confinement," she says.

The United States stands out, among Western and industrialized countries, for its use of extended solitary confinement in prisons.

But in recent years, some states and the federal government have started enacting reforms. In some prisons, children, pregnant women or people with significant mental illness can no longer be held in solitary confinement.

In April, to stop the spread of the coronavirus, the Federal Bureau of Prisons started restricting the movement of prisoners.

Then in the first week of June, all prisoners were put on a rare nationwide lockdown — this time because of fears of how prisoners might respond to the national protests over police abuse and the killing of George Floyd.

That lockdown has been lifted, although restrictions are still in place for COVID-19. The Bureau of Prisons says it hopes that "inmates will be restored to limited movement in the very near future."

The coronavirus can spread quickly in prisons, just like in nursing homes or other places where people live close together.

There's been consensus from advocates, prison officials and U.S. Attorney General William Barr that the best public health response is to "de-densify." It means prison systems release as many prisoners as possible: Those at the end of their sentences, the elderly or people who are not dangerous can go on home detention. The fewer people in a prison, the easier it is to space out the inmates who remain and to prevent prisoners and prison staff from getting sick.

"What did Attorney General Barr do?" asks Resnik, who has worked on court petitions to get people out. "He said on April 3: 'Go to it, Bureau of Prisons, find people who are medically vulnerable and eligible to leave, and leave.' And the saddest part of the last few months, which trial judges across the United States have seen, is how slow and unenergetic the bureau was in finding routes for some people to leave."

Brie Williams, a physician at the University of California, San Francisco who runs a program called AMEND, which works with prisons on solutions to public health problems, says a medical quarantine inside prisons, along with widespread testing, treatment and isolation, makes sense. But she says these need to be temporary measures, not drawn-out lockdowns.

And she points to a history of prisons using solitary confinement to deal with other health issues such as prisoners who are suicidal or those with serious mental illness. She says doing so is wrong.

"There is really a long legacy of many prisons — not all — but many prisons turning to solitary confinement, turning to lockdown in the face of other public health problems," she says. "So there's always a concern that once the system is sort of used to one mode of controlling people, that that will continue."