Accessibility links
During Pandemic, CDC Recommends Driving Alone. But What If You Don't Have A Car? Some people who are carless by choice find themselves reassessing that decision. And those who can't afford cars face increased risks, in yet another example of the pandemic exacerbating inequalities. 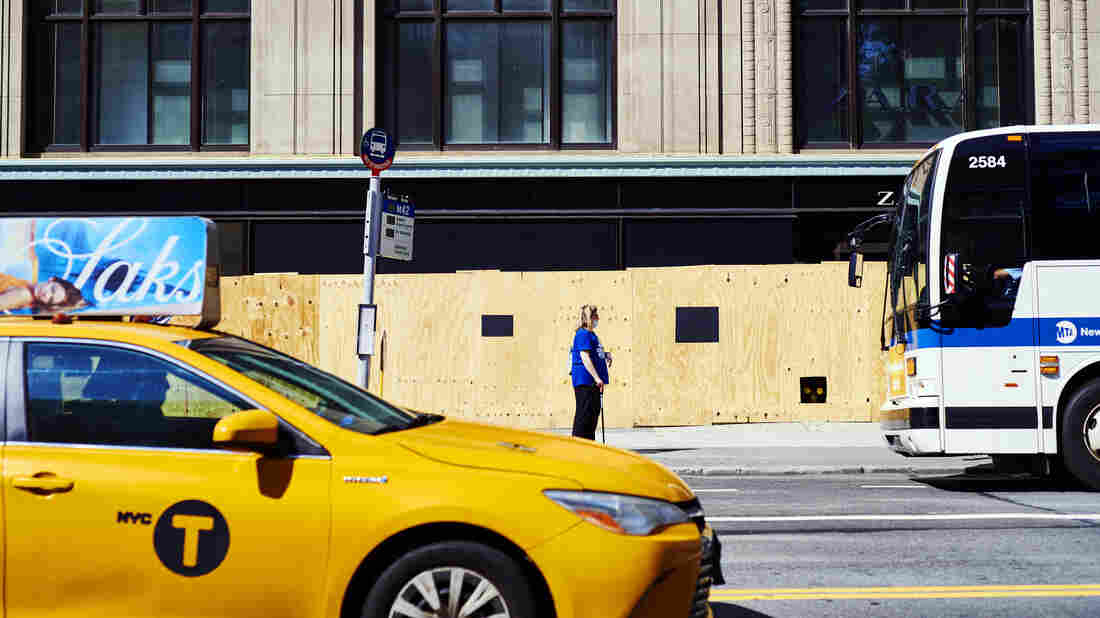 More than half of New York City's households don't have access to a car. Across the country, people without vehicles are weighing their options — or lack thereof — as the pandemic adds a new risk to public transit. Gabby Jones/Bloomberg via Getty Images hide caption 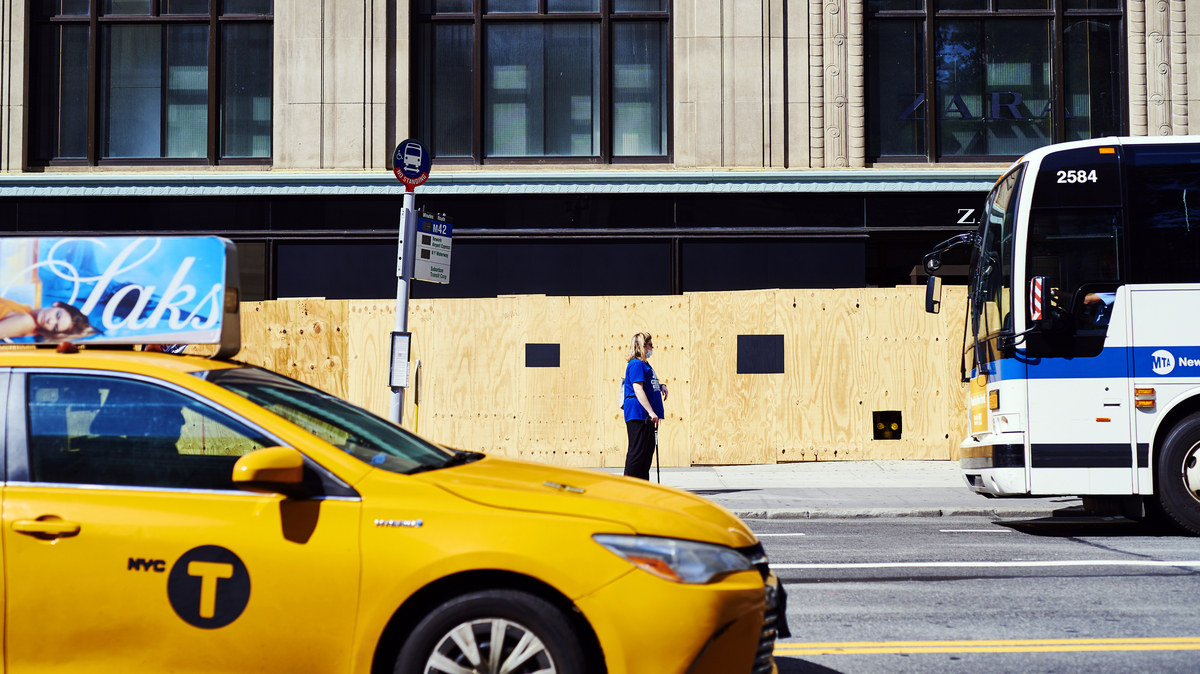 More than half of New York City's households don't have access to a car. Across the country, people without vehicles are weighing their options — or lack thereof — as the pandemic adds a new risk to public transit.

The Centers for Disease Control and Prevention recently took an unusual step of encouraging people to drive alone — the exact opposite of what cities have urged people to do for years.

The CDC later acknowledged that biking and walking are good choices, too, but continued to urge commuters to choose their own cars over transit or carpooling. That's because while cars create deadly accidents and unhealthy pollution, not to mention carbon emissions and stressful traffic, they also provide protection from the coronavirus.

This is a problem for cities. It's also a dilemma for the millions of Americans without cars, whether by choice or out of economic necessity.

Doug Gordon, a co-host of The War on Cars podcast, has dedicated much of his life to explaining how cars destroy quality of life in cities. He is a vocal advocate for bikers, pedestrians and transit riders.

And for 22 years, he's lived in New York City without a car.

But now, with the pandemic reshaping city life and making public transit more fraught, Gordon and his wife think they might rent a car for a month this summer — much longer than they usually would — as a sort of experiment, to see how it feels to hop behind the wheel whenever they want.

"If someone like me is thinking of getting a car ... if I'm even entertaining it ... then I can't blame people who don't live and breathe this stuff for taking it far more seriously than I am," he says.

Gordon feels weird even imagining it. He knows it would be disastrous for the city if a bunch of people like him suddenly got cars. And if he felt like he could take his kids on public transit safely, he says, "I would immediately stop even thinking about owning a car."

People who are privileged enough to be weighing this option, he says, have an extra responsibility to consider how it could hurt their communities — and to push cities to keep transit running as frequently and safely as possible.

For most people without a car, it's not a choice.

"I think it would be nice to have a car, but there's just not any money to be had for me to own a car, pay gas, pay insurance, do maintenance," says Sydney Ledwith-Jensen.

She used to help other people maintain their cars, as a customer service representative at a Jiffy Lube in Portland, Ore. But Ledwith-Jensen was laid off more than 11 weeks ago. She's still waiting for an unemployment check.

Her unpaid rent is piling up and while her landlord has been patient so far, she's worried about whether she'll get evicted eventually.

She expects to go back to work eventually. And when she does, she'll be riding the bus, despite the risk of exposure to the coronavirus.

It's a risk Jamila Allen knows well. She works at a Freddy's Frozen Custard and Steakburgers in Durham, N.C., and has continued with her hour-plus bus commute throughout this pandemic.

"From my experience, it'll be a higher risk on the bus than at my job," she says.

At work she's behind a counter; on the bus, there's no separation, and even wearing a mask and doing her best to avoid sitting next to anyone, it's easy to bump into people.

Allen can't afford a car on her pay of $9.35 an hour. That's one reason why she's joined other fast-food workers to call for higher pay: "So I can get $15 an hour, I can afford a car."

This is yet another way the pandemic is exacerbating inequality. Many people with high-paid jobs can afford cars — and can work from home, meaning vehicles sit unused in driveways.

Meanwhile, many low-paid essential workers — disproportionately people of color — cannot afford cars and have to keep going in to work.

"Our social structure has made it so that for some people, it's OK for them to risk their lives in the name of other people," says Río Oxas, a mobility justice advocate and co-founder of the consultancy RAHOK. Oxas notes that bus and subway operators, too, have to put themselves at risk to help other essential workers get to their jobs — so making transit as safe as possible is essential for both riders and drivers.

Oxas dreams of cities fundamentally redesigned so people are no more than a 20-minute walk from all their needs, and long commutes by car or bus aren't necessary.

For now, a personal vehicle — while polluting, expensive and dangerous — opens up access to better jobs, health care and other opportunities.

And during the pandemic, cars have become a kind of personal protective equipment that many people can't afford to have, and which cities can't afford for everyone to use.