Accessibility links
Police Use Of Force Hearing In Senate Judiciary The hearing included two panels, one on policing in the black community, and another, the chairman said, with "folks who can tell us about the other side of the story and ways to go forward."

Senate Judiciary Holds Hearing On Police Use Of Force

Senate Judiciary Holds Hearing On Police Use Of Force 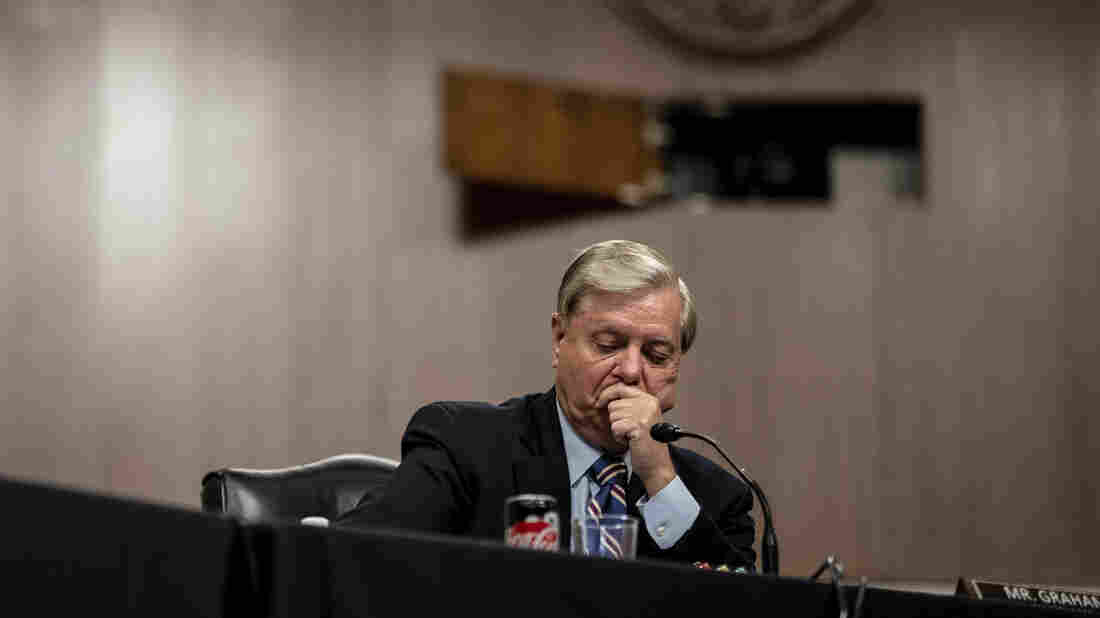 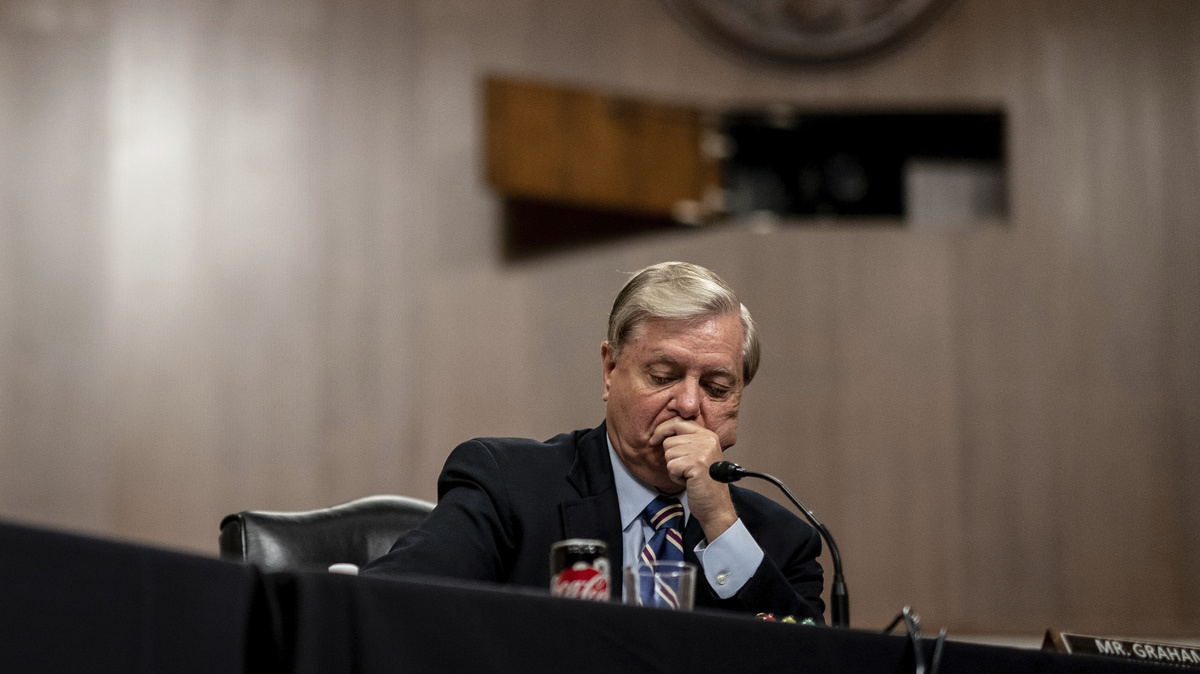 The Republican-led Senate Judiciary Committee on Tuesday held its first hearing on policing since the May 25 death of George Floyd — a black man who was killed in custody by Minneapolis police — triggered a wave of protests and international outcry for reform of the U.S. police system.

The hearing included two panels, one on policing in the black community, and another, according to Chairman Lindsey Graham, R-S.C., of "folks who can tell us about the other side of the story and ways to go forward." The afternoon hearing looked to cover police use of force and community relations, with nearly a dozen witnesses from civil rights and law enforcement backgrounds.

In his opening address, Graham acknowledged how differently he, as a white man, views his interactions with police, as opposed to how many black Americans feel in their dealings with law enforcement.

"I've learned over the years, but particularly recently, that every black man in America apparently feels threatened when they are stopped by the cops. It is not 99%; it's like 100%," Graham said. "When I see a cop behind me, the first thing I think about is what did I do wrong, and can I talk myself out of this ticket? There is literally no fear. And I wouldn't like to live in a country where I'm afraid to be stopped."

Still, Graham drew the line at some activist demands for reform, specifically calls to defund or abolish the police and replace law enforcement with alternative means of public safety.

Instead, Graham suggested better recruiting officers from black and Latino backgrounds, adding more women to the force and working to improve relationships between police and the communities they patrol.

Democrats on the panel, however, called for more sweeping reform measures, including eliminating qualified immunity for officers, which shields police from being held personally liable for misconduct on the job, independent investigations into police malpractice, and demanding accountability from Attorney General William Barr for his role in not more aggressively investigating instances of police misconduct.

"It's time for us to realize this is not just a moment, but a movement. This committee and our entire federal government have a role to play in holding the police accountable when they break the rules and break the law. And we must be on the right side of history as a committee," Sen. Kamala Harris, D-Calif., said during remarks.

Some of the same witnesses to the Tuesday panel testified last week in a hearing before the Democratic-led House Judiciary Committee. Among them: Vanita Gupta, president and CEO of the Leadership Conference on Civil & Human Rights, joined the first panel. And Houston Police Chief Art Acevedo, who heads up the Major Cities Chiefs Association, also returned to testify, but this time as part of a second panel before the Senate committee.

The hearing comes as Senate Republicans, including Graham, move to craft legislation to respond to demands to address police brutality. The panel convened just hours after President Trump signed an executive order Tuesday on policing following his own vision for reform.

House Democrats plan to vote later this month on their new proposal, the Justice In Policing Act, which includes outright bans of no-knock warrants in drug-related cases and the use of chokeholds.

South Carolina's junior senator, Tim Scott, the lone African American Republican in the upper chamber, has led the charge to draw up legislation for his caucus. Scott has said his measure won't include outright bans but instead will focus on de-escalation training to reduce the use of chokeholds, increased use of body cameras and wider federal reporting requirements for police departments across the country.