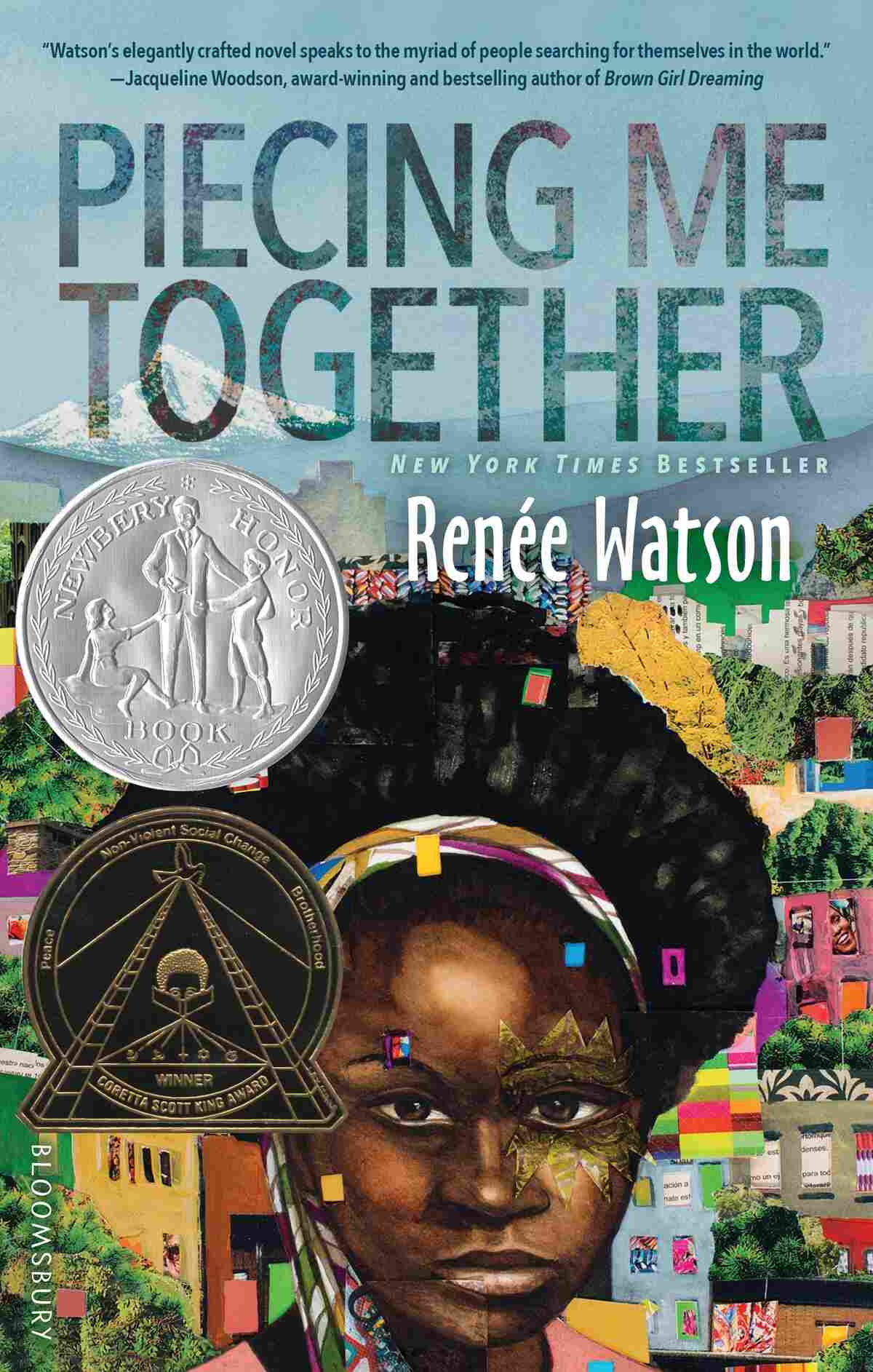 At this point, given what's happening in our country, a lot of parents want to talk to their kids about racism.

Some admit: They don't know how.

For thoughts on where to start, I talked to anti-racism scholar Ibram Kendi and children's author Renée Watson. I started by asking Kendi about a distinction he makes: Should parents should teach kids to be "not racist" or to be "anti-racist"?

"My understanding, when parents desire for their kids to be not racist, they typically do not talk to their kids about race," Kendi says. "They avoid conversations about race or even explaining the racial inequities and dynamics in their community as a result. Typically, those kids are taught to be racist by society. And so, by contrast, when you're essentially raising a kid to be anti-racist, you're deliberately encouraging them to talk about race and racism. You're deliberately teaching them that all the racial groups are equals. You're deliberately showing them, yes, there are different colors and there are different cultures, and we should value them all equally."

Watson says she agrees absolutely. "I think that it's important for parents and for educators to be intentional about preparing our young people for the world that they are inheriting and living in. To not talk about it is a disservice to all young people," she says. "So not just black students who need to learn about their blackness and their their history, but white students as well. And non black people of color need to know our country's history and talk explicitly about it."

You can use books as a conversation starter ... And then the child will potentially guide the conversation.

On talking to very young children about racism

IK: You can use books as a conversation starter. What I find with my four-year-old daughter is when I'm reading her books, she asks questions about those books. And so use tools like books. And then the child will potentially guide the conversation. I also think you can turn on the demonstrations on TV, or go to the demonstrations. And I suspect even the three-year-olds will ask what is going on? Again, it gives you the opportunity to talk about race and racism.

[My daughter] loved Hair Love. And I think partly because I have locks, and she just saw me in the book and certainly saw herself.

RW: Especially for the little ones, bringing in books that give historical context, like biographies — there's so many picture books that are biographies of black activists, artists, people who paved the way for us to be here. And then I also think I want to go back to Hair Love. I think it's important to bring in books that allow readers to see black people living their everyday lives. We don't want to teach children that black pain and struggle is the only part of black life. But I also think it's important to just let young people see that black people live lives, and they do their hair and they play outside and they have fun. And that that is an important part of the conversation, too.

A History Book That Isn't: Finding A Way To Teach Racism To A New Generation

On teaching kids to respond to racist remarks from other kids

IK: If it's a black child, if it's a child of color, it's critically important for the parents of black children to — even long before they go and experience another child telling them their hair is ugly — to be constantly sharing with them and telling them that their hair is beautiful, because when they receive that type of racist idea from another young child, they may not internalize it. They may not see themselves as the problem. They may see what the child said is the problem.

And then simultaneously, I always encourage Imani — our daughter's name — to, if something happens to her, for her to have the ability to speak up about it. One thing I want to emphasize, though, is parents, caretakers, you know, anyone who loves young children are typically teaching them how to be kind. Why? Because we recognize that we should raise kind children. It's the same thing when it comes to being anti-racist. We can teach these concepts before the children can fully understand them, just as we teach many different values. And as they grow, they're going to understand it more just as we're growing, hopefully we're understanding it.

I particularly talk about poets and artists a lot, because I think that that's a way young people especially can lend their voices to the cause.

On talking to kids about the current unrest

RW: I've been having conversations about the historical context of it all. This isn't just happening, you know what I mean? We can go back just a few years and then we can go back and encourage them to learn about activists who fought for our civil rights, who fought for our freedom. People have stood up before and that you've inherited that, too. It's not just the pain that's been passed down, but it's also the resilience and the wherewithal to fight back and to stand up. So what are you going to do? How are you going to raise your voice? And I particularly talk about poets and artists a lot, because I think that that's a way young people especially can lend their voices to the cause.

IK: When George Floyd's daughter was on television and expressed, of course, how sad she was that he was no longer there. And Imani saw that. And so she asked us, you know, about it. And ultimately where we sort of landed on was me explaining that there was nothing wrong with black people. If one day she is rejected because of the color of her skin and she doesn't have awareness of racism, who is she going to blame? Herself. And there's nothing worse for a very young child to be struggling with their own sense of self and their own confidence in themselves. And so I actually see this literature and these conversations as protective.