Accessibility links
With Tax Deadline Looming, IRS Faces Big Backlog The extended deadline for filing income taxes is less than a month away. For IRS workers who haven't been in their offices for months, there's a lot of catching up to do. 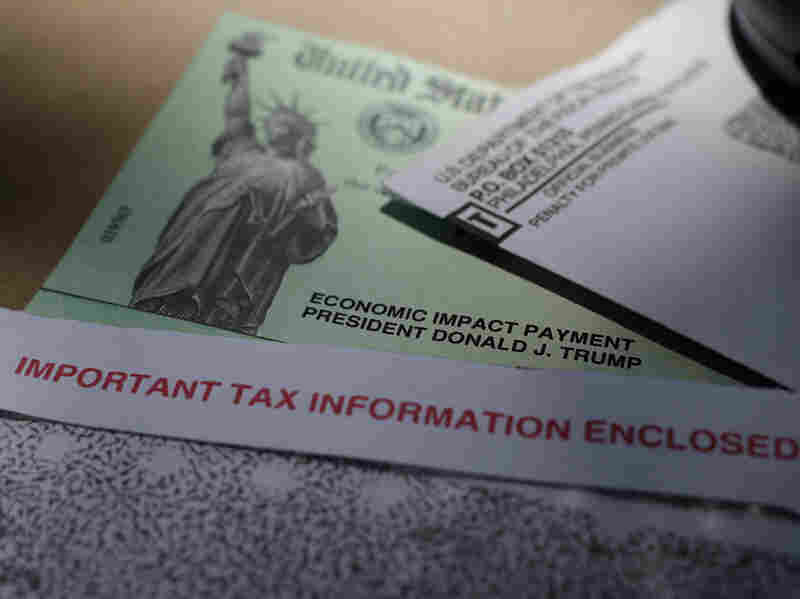 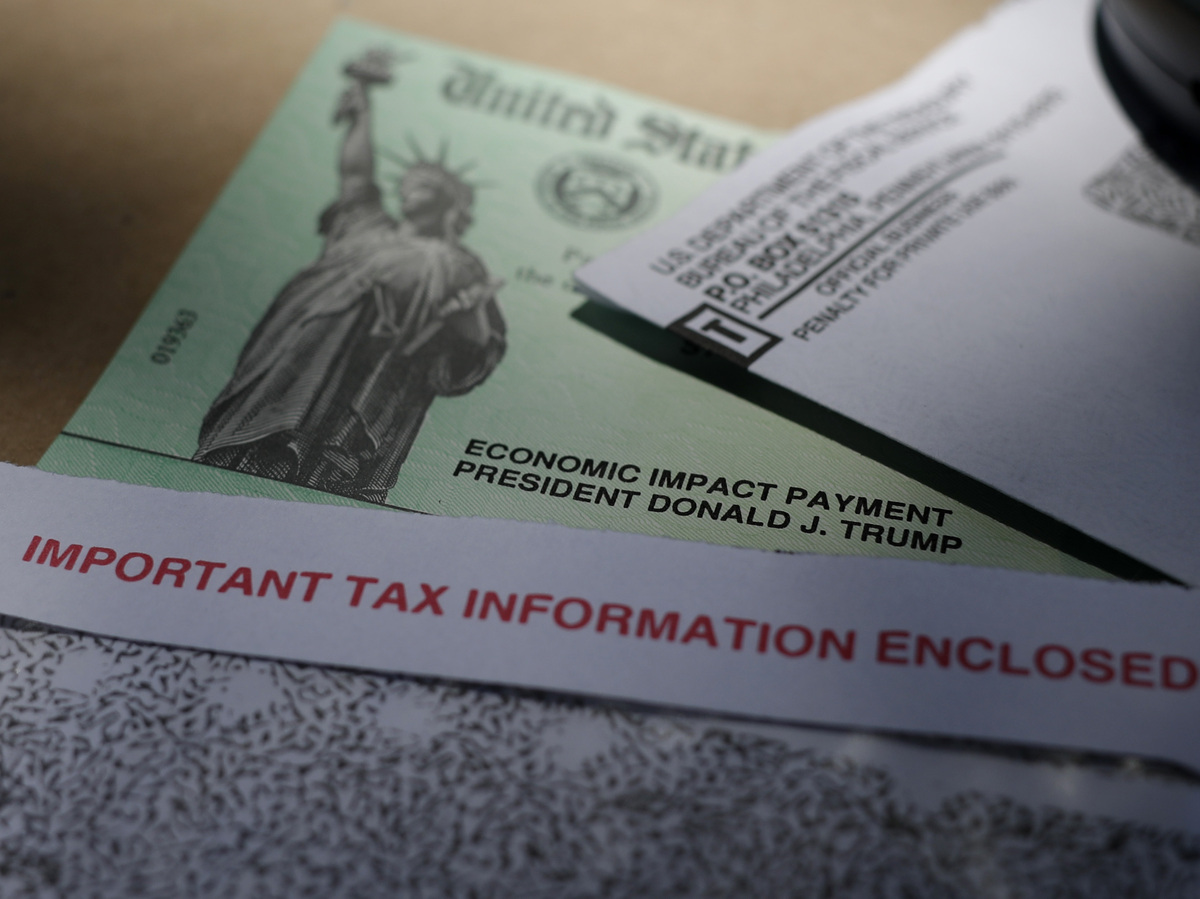 An economic relief check distributed by the IRS to help with hardships caused by the coronavirus pandemic. It may take some time for the IRS to get through its backlog of work.

Federal workers are starting to be called back into their offices in some areas, and among the first to be returning are employees of the Internal Revenue Service. It's a busy time.

The coronavirus pandemic prompted the government to extend the deadline for filing tax returns until July 15 — which is just around the corner. Meanwhile, the IRS is still distributing coronavirus relief checks to millions of Americans.

Much of the work of processing tax returns is automated, as some 90% of taxpayers file theirs electronically, according to the IRS.

But a lot of folks still mail in their returns, and those are stacking up.

"I think that the IRS is incredibly behind," Nina Olson, a former national taxpayer advocate, tells NPR. "The overflow has been so great that the IRS had to rent tractor-trailers and even some storage — separate storage — to just store the documents until the employees could come back and work through them."

At the IRS facility in Covington, Ky., just across the river from Cincinnati, about 100 workers have been called back to the office, many to work in the mailroom.

Debbie Mullikin, an IRS employee who heads the local chapter of the National Treasury Employees Union, which represents many IRS workers, says the agency's management at the facility has been cautious.

"They are spacing everyone out," she says. "For instance, the day-shift employees sit in desks one, three, five and seven. And the night-shift employees would then sit in two, four, six and eight."

"I understand that, you know, the United States citizens have a right to expect us to do our jobs. I don't disagree with that at all. I'm just glad that management has seen fit to do it in a fashion that is safe for the employees. No one wants to die to make sure somebody's tax return is accurate."

Tony Reardon, the national president of the union, says so far things have gone smoothly for those workers who have been called back. But he says there are worries about coming back too early.

IRS Tells Thousands To Return To Work, With Their Own Face Masks

Olson, who now directs the Center for Taxpayer Rights, says it's time to rethink the role of the IRS, which has been long underfunded by Congress and is saddled with an antique computer system.

Olson points out that the agency administers what she calls the nation's largest anti-poverty program — the earned income tax credit — and distributes stimulus checks.

She predicts that it will be a year and a half before the agency catches up with its backlog of work, which could lead to some delayed refund checks for taxpayers.