Accessibility links
Top Executives At VOA Resign As Trump Ally Prepares To Take Over Voice of America Director Amanda Bennett and her deputy are stepping down after Senate confirmation of conservative filmmaker Michael Pack to lead the international broadcaster's parent agency. 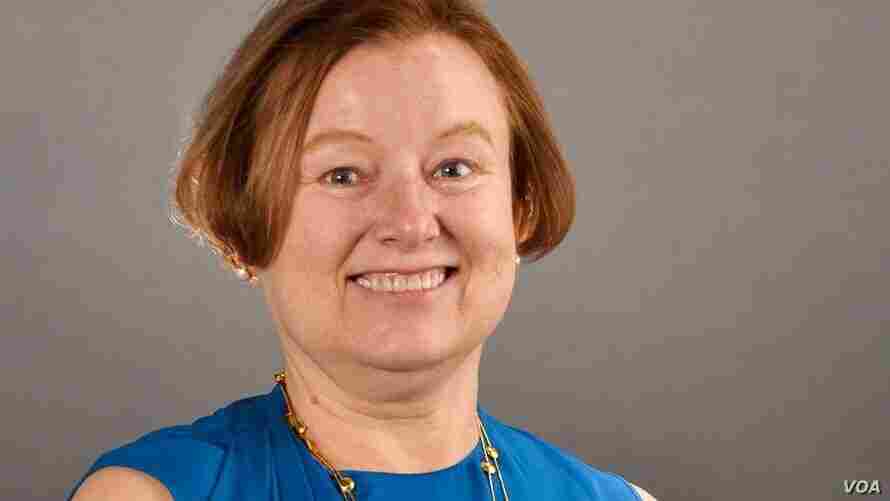 Voice of America Director Amanda Bennett in a photo from the VOA's website. VOA hide caption 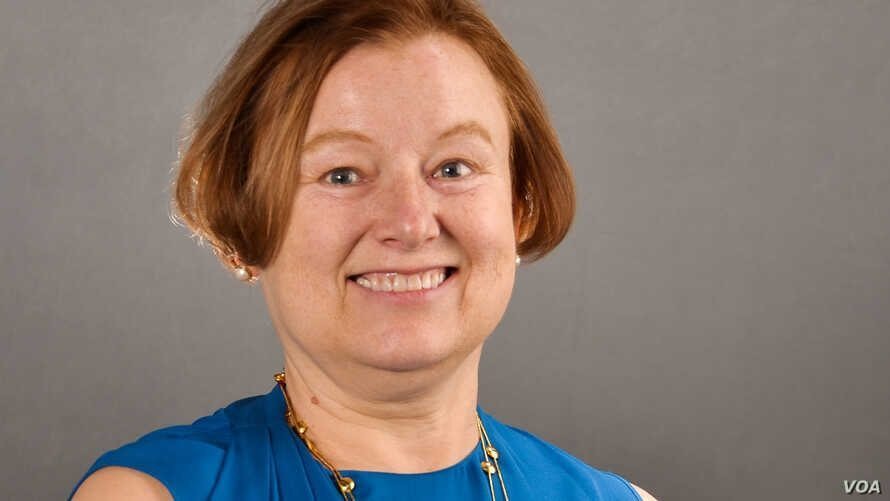 Voice of America Director Amanda Bennett in a photo from the VOA's website.

The Voice of America's two top executives stepped down Monday following Senate confirmation of President Trump's pick to run the agency that oversees the international broadcaster.

The resignation of Director Amanda Bennett and Deputy Director Sandy Sugawara was announced as Michael Pack, a conservative filmmaker and supporter of the president, was set to take over as head of the U.S. Agency for Global Media (USAGM).

In a farewell message, Bennett thanked staff members for their "dedication to our mission" but also alluded to potential concerns about editorial independence at VOA under the new Trump appointee.

"Nothing about you, your passion, your mission or your integrity changes," said Bennett, a Pulitzer Prize-winning journalist who previously worked as executive editor at Bloomberg News and spent more than two decades at The Wall Street Journal. "Michael Pack swore before Congress to respect and honor the firewall that guarantees VOA's independence, which in turn plays the single most important role in the stunning trust our audiences around the world have in us." 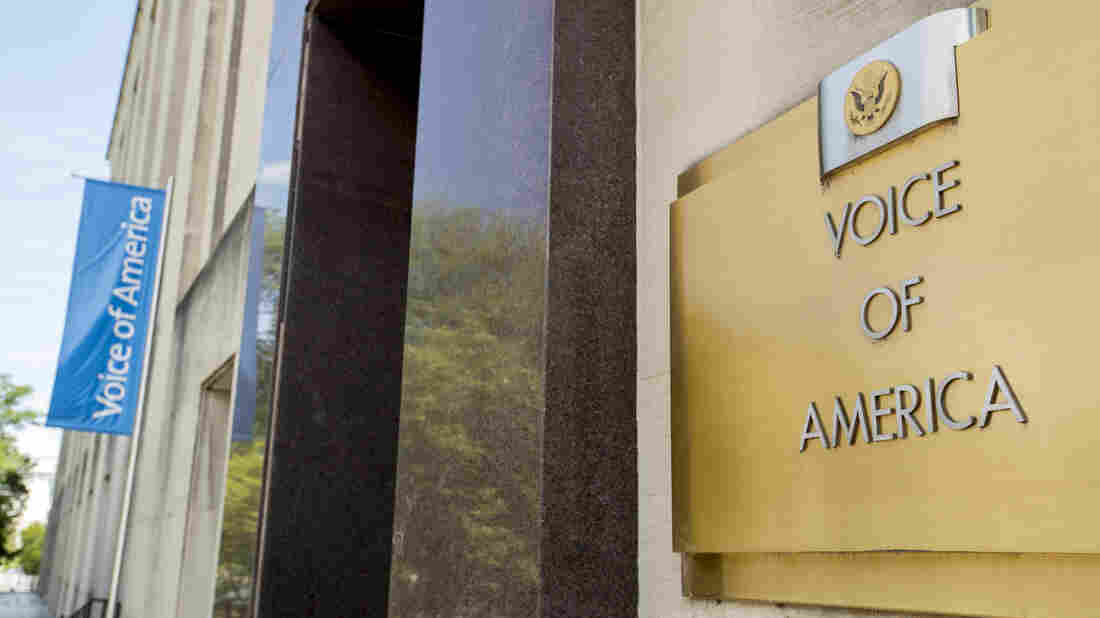 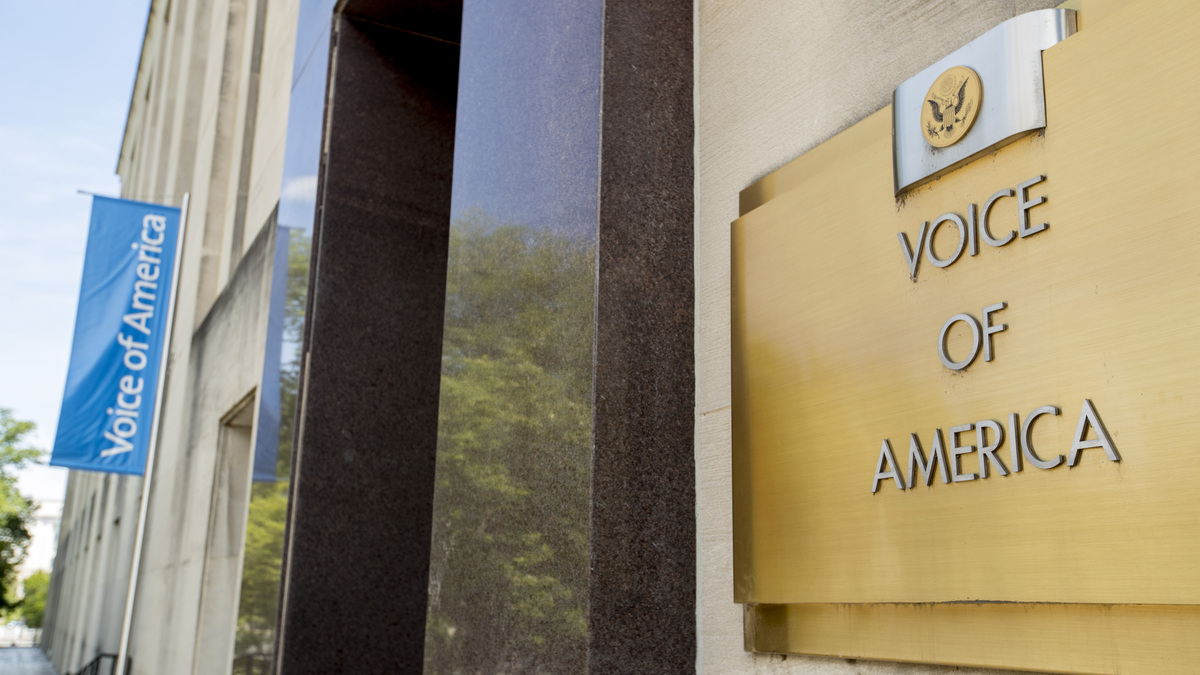 The Voice of America building, shown on Monday, in Washington, D.C.

Sugawara, a veteran of The Washington Post and UPI before coming to VOA, lauded the "many brave, heroic journalists at VOA who believe passionately in the power of a free press."

Trump is a frequent critic of the publicly-funded broadcaster. In April, for example, the White House criticized VOA for its story about the reopening of Wuhan, China, where the COVID-19 outbreak first emerged.

"Journalists should report the facts, but VOA has instead amplified Beijing's propaganda," the White House website read. "This week, VOA called China's Wuhan lockdown a successful 'model' copied by much of the world — and then tweeted out video of the Communist government's celebratory light show marking the quarantine's alleged end."

Trump isn't the first president to be critical of VOA's coverage, but he has been perhaps the most vocal.

"If you heard what's coming out of the Voice of America, it's disgusting. What – things they say are disgusting toward our country," Trump said. "And Michael Pack would get in and do a great job."

Earlier this month the Senate approved Pack — who is close to Steve Bannon, the former top Trump aide and ex-executive chairman of the right-wing Breitbart News — to lead USAGM on a nearly party-line vote, with only one Democrat joining Republicans to approve the nomination. The vote was delayed because of a still ongoing investigation into whether Pack misused funds at Public Media Lab, a non-profit he ran.

Taxpayer-funded VOA, which began in 1942, provides news and information in more than 40 languages, with an estimated weekly global audience of more than 280 million.

Despite being an agency of the U.S. government, the organization's charter requires VOA to be "accurate, objective and comprehensive" and reflect the nation as a whole. Pack is seen by critics as someone who might push more favorable coverage of the Trump administration at VOA, jeopardizing its editorial independence.

In a letter to members of the House Foreign Relations Committee in late April, Reporters Committee for Freedom of the Press urged that VOA's autonomy be preserved.

"Any attempt by government officials to interfere with the independence of publicly funded media raises the specter of state control and coercion, which should be anathema to all Americans," Reporters Committee wrote.

Pack's predecessor at USAGM was John Lansing, who left to become the CEO of NPR in October.