Accessibility links
House Scheduled To Vote On Historic D.C. Statehood Bill While statehood for the District of Columbia has long been an uphill battle, there's a renewed effort in the House to make the District the 51st state. The Senate likely won't go along anytime soon. 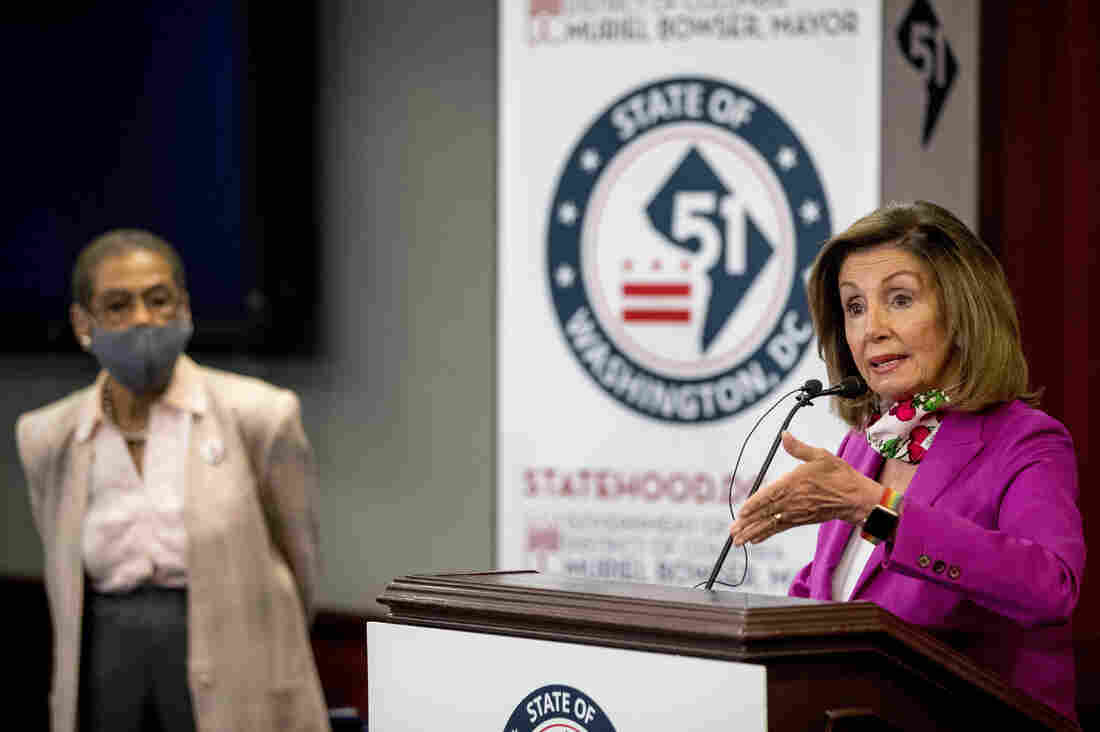 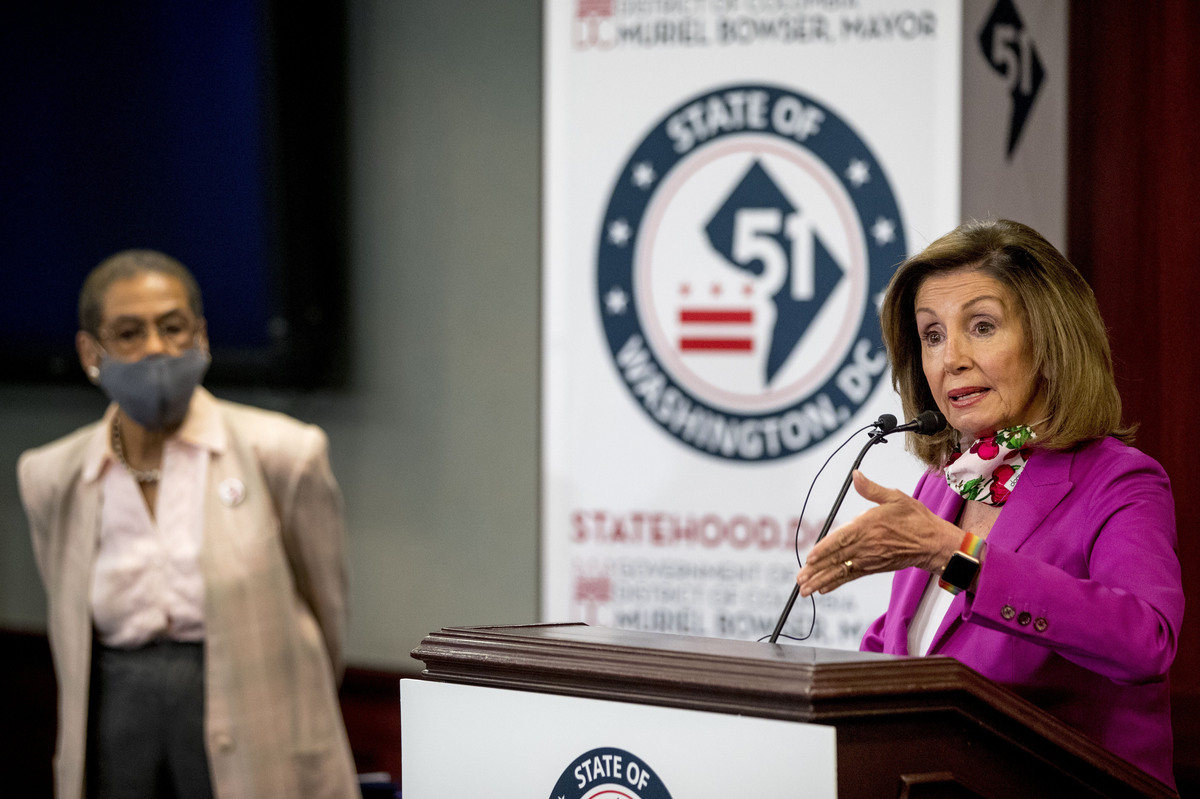 The House has scheduled a vote next week on a bill to make the District of Columbia the 51st state, marking the first time since 1993 that Congress will have voted on the issue.

The bill, sponsored by D.C.'s nonvoting delegate, Eleanor Holmes Norton, has over 220 co-sponsors and would place the new state of "Washington, Douglass Commonwealth" on "equal footing with the other states," providing residents with the right to elect two senators and one representative.

The Republican-controlled Senate is unlikely to concur, meaning the measure probably won't become law — but it will enable Pelosi and Democrats to make a political point about what they call the unfair status of the District.

D.C. currently has over 700,000 residents, a number that trumps the populations of both Wyoming and Vermont.

"I haven't asked them personally, but I'm sure that when I ask them, 'Do you want to be like the District of Columbia and not have two senators and a member of the House because you're so small?,' they would say, 'Hell no,' " Hoyer said.

Hoyer also called statehood a civil rights issue because approximately 46% of the District's residents are black.

Pelosi said what she called the disenfranchisement of D.C. residents is a "historic injustice."

"This deprivation of statehood is unjust, unequal, undemocratic and unacceptable," she said.

D.C. residents show their support for statehood with a license plate that reads, "Taxation Without Representation." Owen Byrne/Flickr hide caption

D.C. residents show their support for statehood with a license plate that reads, "Taxation Without Representation."

Norton, who has long advocated for statehood, said the bill holds personal meaning to her family.

"My great-grandfather, who escaped as a slave from a Virginia plantation, Richard Holmes, made it as far as the District of Columbia. A walk to freedom — but not to equal citizenship," she said.

Her bill was approved in February by the House Oversight and Reform Committee in a 21-16 vote.

Partisan politics have long made D.C. statehood an uphill battle, but Democrats say they want to capitalize on renewed energy following actions taken by the Trump administration during the coronavirus pandemic and protests over racial injustice that have rocked the United States.

"Senate Republicans insisted on treating D.C. as a territory, not a state, for the purpose of allocating emergency coronavirus response funding under the CARES Act," Hoyer said. "If D.C. were a state, it could not be short changed as it was."

D.C. Mayor Muriel Bowser said the need for autonomy is greater than ever, pointing to the Trump administration's recent use of federal troops stationed in the District to police Black Lives Matter protests.

"There shouldn't be federal forces advancing against Americans. And there very definitely shouldn't be soldiers stationed around our city waiting for the go to attack Americans in a local policing matter," she said.

Bowser has recently been given a larger microphone with which to advance calls for statehood, including in interviews with Lil Wayne and James Corden of The Late Late Show.

While the passage of the bill, HR 51, is all but guaranteed in the Democratic-controlled House, any progress in the Senate is very unlikely, because of Republican opposition.

"As long as I'm the majority leader of the Senate, none of that stuff is going anywhere," McConnell promised.

President Trump has also echoed that sentiment, scoffing at statehood efforts during a May interview with The New York Post.

"D.C. will never be a state," he said. "Why? So we can have two more Democratic — Democrat senators and five more congressmen? No, thank you. That'll never happen."

That is a marked shift from Trump's pre-presidency stance.

When asked in 2015 on NBC's Meet the Press whether D.C. should become a state, Trump said he "would like to do whatever is good for the District of Columbia because I love the people."

Hoyer told reporters on Tuesday that he hopes McConnell will "care enough about our democracy" to at least allow a vote on this bill in the Senate, saying the nature of the legislation should rise above partisan politics.