Accessibility links
Review: Fall In Like With 'Love, Victor' The makers of 2018's inoffensive Love, Simon center this Hulu series on a Latinx teen from a conservative, working-class family, but otherwise recapitulate the film's strengths — and weaknesses. 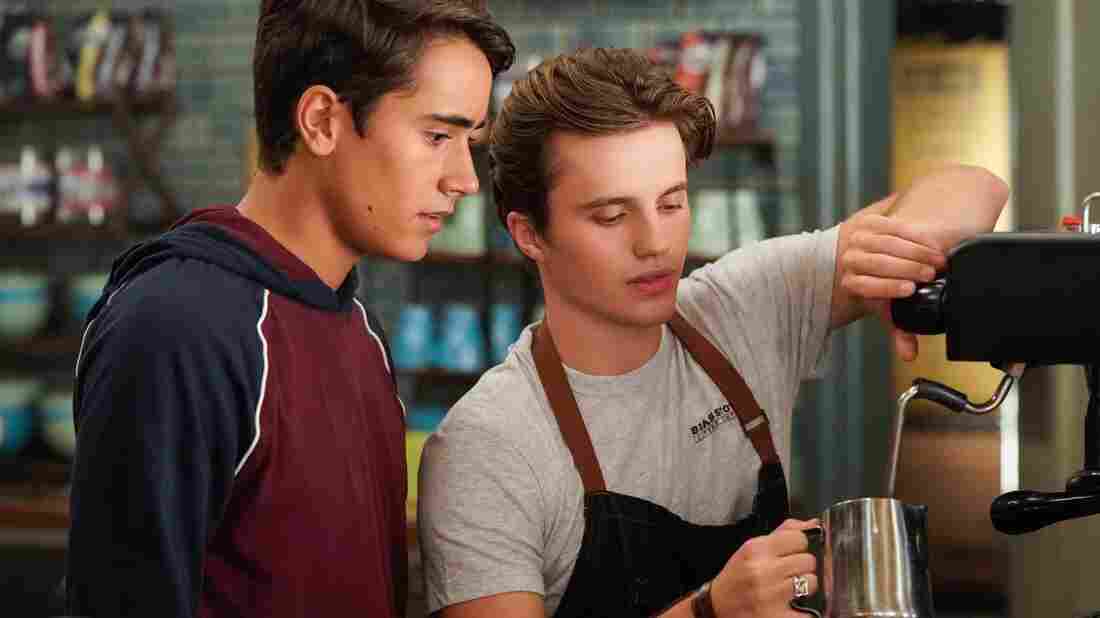 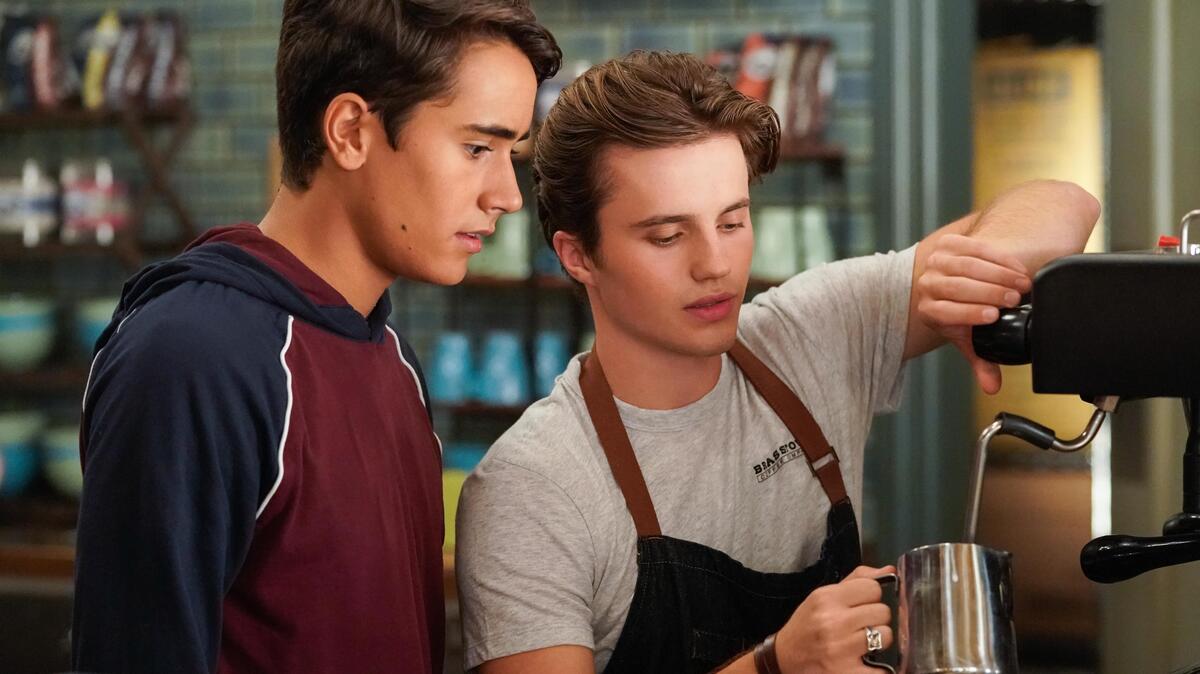 The main impression left by 2018's pat, polished and inoffensive gay-teen rom-com Love, Simon was how consummately unqueer it presented. Sure, its protagonist, Simon, struggled with his sexual identity, but he did so from inside thick layers of privilege that kept him safe, like a suit of bougie, masc-for-masc chain mail. He was white, he lived in a tony Atlanta suburb with his liberal, warm, wet-eyed parents — he could and did easily pass for straight.

At least the film acknowledged, indirectly, that Simon's life in his roomy, well-appointed closet was a luxury unavailable to many queer teens. Simon confessed to us that his decision not to come out was rooted in fear — but not, as it is for millions of queer kids, out of fear for his physical, emotional or financial safety, or even fear that he'd be rejected by friends and family. No, he was simply worried that his cushy suburban idyll would, in some way, change.

That's why, though it was packaged as a chance for LGBTQ+ kids to finally see themselves on screen in a mainstream love story, the film's low-stakes, normcore sensibility, to say nothing of its tendency to patiently explain aspects of gay life that wouldn't need explaining to any gay kid with a laptop, felt as if they were pitched squarely (heh) at straights.

Enter: Love, Victor, Hulu's follow-up series, in which the film's writers get a chance to course-correct. And in the pilot's opening minutes, the series espouses a mission statement that engages with the film's limitations in a way that seems promising.

Fifteen-year-old Victor Salazar (Michael Cimino) has just moved from Texas to the same Atlanta suburb featured in the film, to attend the same high school Simon did. But Victor and his family are Colombian American. His parents have to work harder than Simon's — both to make ends meet and to make their marriage work. They are conservative and religious.

All of this signals an opportunity to grapple with thornier, more substantive conflicts related to coming out than Simon ever faced. And the series's framing device — a series of texts between Victor and Simon (voiced by the film's Nick Robinson) — kicks off promisingly, with Victor angrily calling Simon out on his privilege.

But while the specifics of Victor's family life continue to imbue the series with a more lived-in texture than the film managed to achieve, the writing soon — too soon — adopts the restrained tone of the movie. Victor's high school friends slot neatly into types — the eccentric pal (Anthony Turpel), the popular rich girl (Rachel Hilson), her friend who speaks in a stream of just-past-their-sell-by-date pop-culture references (Bebe Wood), the arrogant jock (Mason Gooding). All are given room to deepen/complicate, which they do by hitting all the familiar stations of the teen rom-com cross: house party, love triangle, school dance, etc.

Like Simon before him, Victor seems woefully naive in ways that allow him to serve as a proxy for straight viewers.

How else to explain, in this the year of our Lord 2020, his shocked disbelief in a late-season episode that Wait, there are gay ... athletes?

It's a moment that, had Love, Victor retained the convictions evinced in the pilot, might allow the series to address something real, in a spiky way: Victor's very evident internalized homophobia. To queer kids like Victor who can pass for straight, the guardedness they carry isn't quickly or easily dropped. It curdles all too readily into toxic behavior — disdaining, or performatively lashing out at, kids whose queerness can't be as conveniently hidden; paranoia that their secret will come out before they can; a festering self-hatred that fuels thoughts of self-harm.

Instead, we just see Victor get a bit rattled around the queer people he meets. There's a nugget of truth, there — just as there's something intriguing about Victor's romantic relationship with popular girl Mia. The show pays lip service to the notion that Victor may be bisexual or nonbinary without ever truly engaging with it, because the story it seeks to tell is a more familiar one altogether.

There's a winsome, pillow-lipped hottie for Victor to moon over (George Sear), you see, and awkward passes to be made and rebuffed. There's a revelation that must be revealed — first to his weird best friend, intentionally, and then to other interested parties, along the accidental-yet-wildly-convenient routes that are the stuff of rom-coms (always check for feet under the bathroom stalls before baring your dang soul, people; come on, we've been over this).

Which is to say: Despite the differences between their leads, Love, Victor conforms exactly to the narrative shape and modest, crowd-pleasing ambitions of the film that preceded it. And if that's where the show's intentions lie, and it manages to tell its conventional tale with charming performances from Cimino et al., why begrudge it not doing more? Especially given that the season ends on a note that suggests a desire to tell a different, more difficult story, should it get a second season — a story with real stakes, insurmountable conflicts and lasting repercussions?

I mean, given everything that leads up to that moment, a second season of Love, Victor probably won't choose to tell that story. But there's some hope it might. After all, this first season was produced for Disney+, which ultimately balked at airing the show on its service. Now that the series has found a home at Hulu, it's intriguing to imagine a second season conceived and executed without catering to the House of Mouse's all-ages audience — a Love, Victor that allows Victor to love.

In an earlier version of this review, the character of Victor was misidentified as Simon in one instance.