Accessibility links
The Rich Have Stopped Spending And That's Tanked The Economy: New Study While retail sales bounced back in May after a deep drop in March and April, the wealthiest Americans are not spending as freely as they did before the pandemic. And that could limit the recovery. 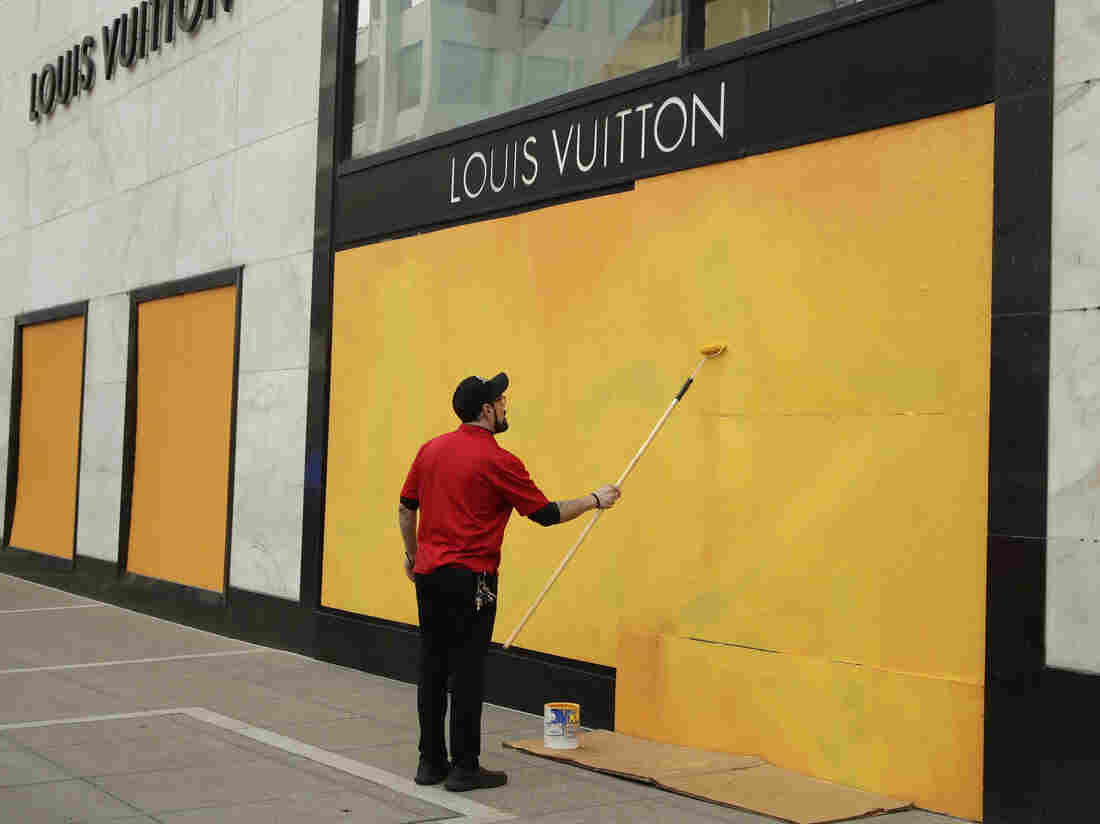 A worker paints over a Louis Vuitton storefront, boarded up after the coronavirus outbreak, on March 30 in San Francisco. Ben Margot/AP hide caption 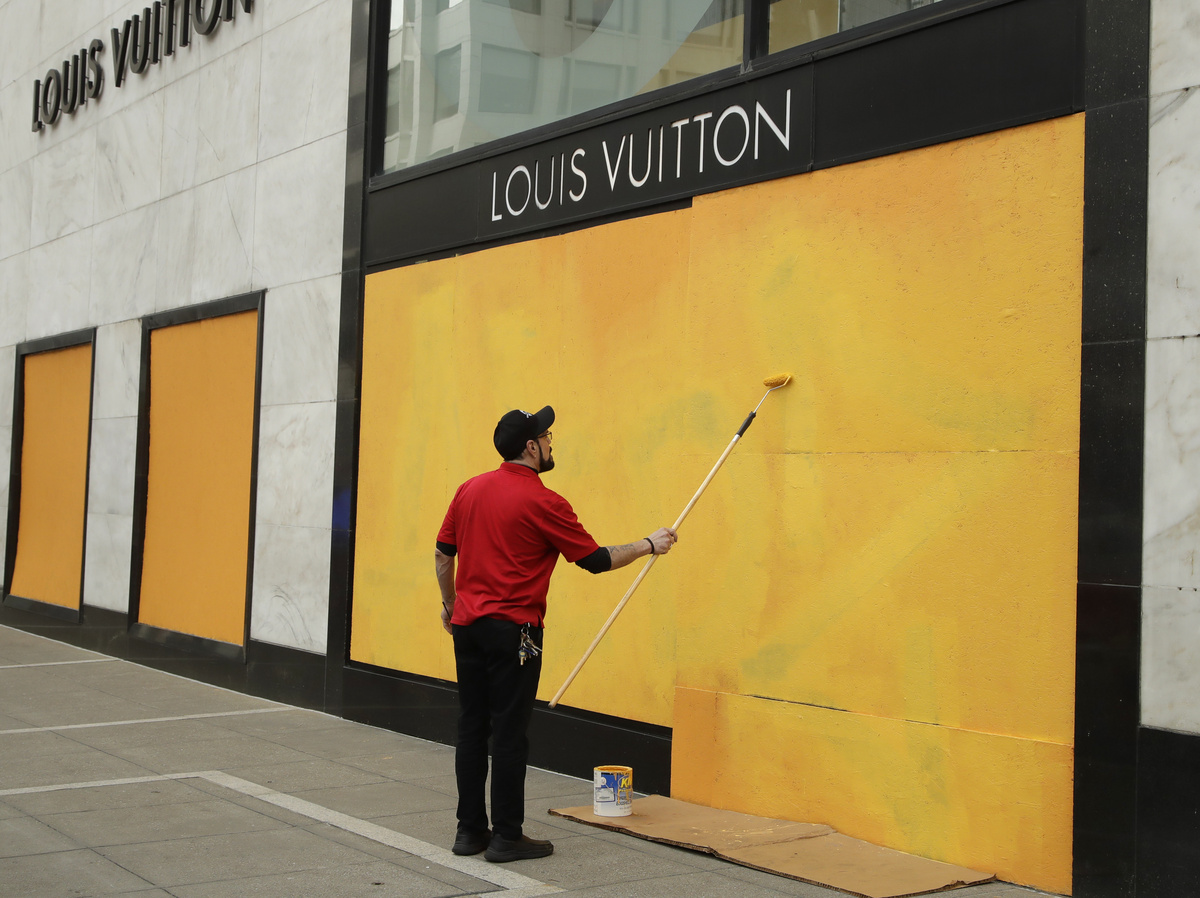 A worker paints over a Louis Vuitton storefront, boarded up after the coronavirus outbreak, on March 30 in San Francisco.

The wealthiest American households are keeping a tight grip on their purse strings even as their lower-income counterparts are spending a lot more freely when they emerge from weeks of lockdown. That decline in spending by the wealthy could limit the whole country's economic recovery.

Researchers based at Harvard have been tracking spending patterns using credit card data. They found that people at the bottom of the income ladder are now spending nearly as much as they did before the coronavirus pandemic.

"When the stimulus checks went out, you see that spending by lower-income households went up a lot," said Nathan Hendren, a Harvard economist and co-founder of the Opportunity Insights research team.

However, the wealthy are not matching them. "For higher-income individuals, that spending is still way far off from where it was prior to COVID and it has not recovered as much," Hendren said.

That's potentially crippling because consumer spending is a huge driver of economic activity. In fact, so much of the country's economy depends on shopping by the top income bracket that the wealthiest 25% of Americans account for fully two-thirds of the total decline in spending since January.

Retail Sales Bounce Up 17.7% After Record Drop As States Reopen

The wealthy aren't holding back because they don't have the money. By and large, they have lost fewer jobs and aren't the ones who are worried about making rent.

They have a lot of discretionary income and before the pandemic were spending a significant chunk of that going to nice restaurants, the theater, or traveling and staying in nice hotels. Those are precisely the things that have been off-limits since the coronavirus hit.

That makes this very different from an ordinary recession, when spending on higher-touch services doesn't dry up so quickly. And those experiences are usually a lot more expensive than food and other essential items, which the rich and poor alike have continued to spend on, but also make up a smaller portion of upper-income household budgets.

Hendren and his colleagues found that businesses that deliver in-person services in wealthy neighborhoods have seen the biggest drop in sales and are struggling to recover, while a retail store or takeout restaurant in a poorer neighborhood might have seen some decline but is starting to come back now.

Retail sales bounced back in May after a steep drop in March and April, when the pandemic took hold in the United States. Federal Reserve Chairman Jerome Powell pointed to the spending numbers as evidence that federal efforts to prop up the economy are working.

But Powell, who was speaking before the Senate Banking Committee on Tuesday, also cautioned that businesses that rely on delivering personal services may not recover anytime soon.

It spells trouble for the people who work in those nice restaurants or other service-oriented businesses. Hendren's team found big job losses specifically among workers, many of whom don't make a lot of money but who worked in high-income neighborhoods.

Many of those jobs may not be coming back anytime soon. And because it's not a lack of money that's keeping the rich from spending, the usual tools the government might use to fight a recession are not terribly helpful here.

"From the perspective of people who are not living paycheck to paycheck, the main concern here is really fighting the virus," Hendren said. "Unless we remove the threat of getting sick or getting your family members sick, it's hard to imagine that that spending will recover to the pre-COVID levels."

Since a vaccine or effective therapy for the virus could be a year or more away, both Powell and Hendren suggested that people who have lost jobs in those businesses may need additional help from the government.

"There are going to be an awful lot of unemployed people for some time," Powell cautioned.