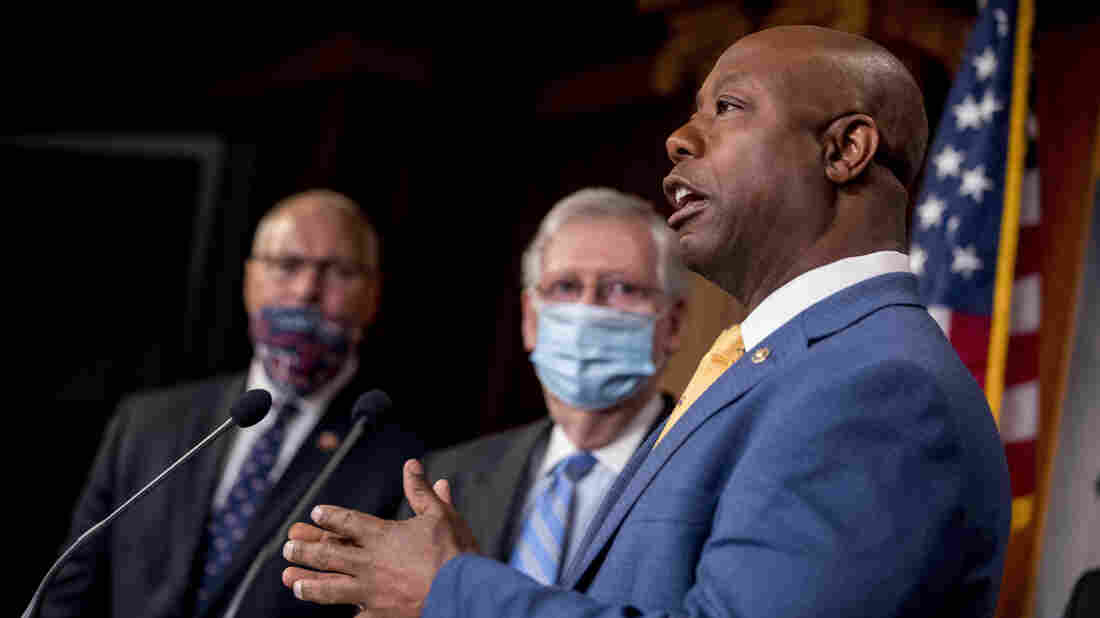 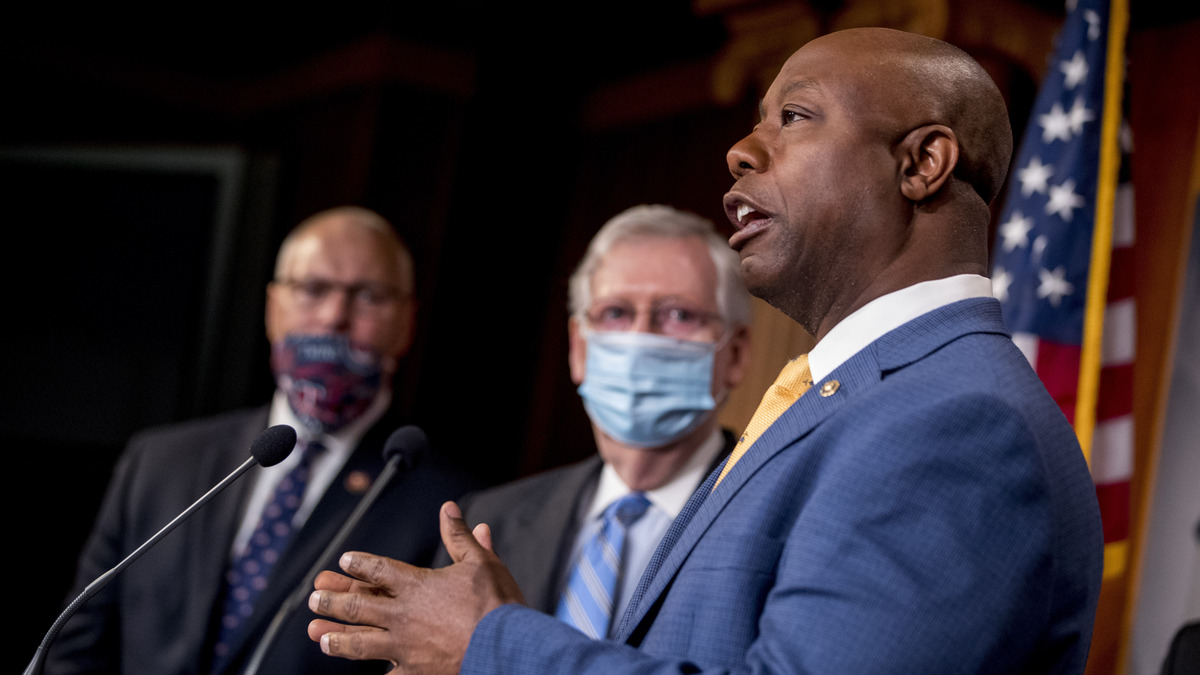 Senate Republicans unveiled legislation on Wednesday to address a national outcry for reform of the country's law enforcement departments, with hopes of acting on police misconduct, dangerous practices and concerns of systemic racism.

But Democrats say the proposal, which would encourage police departments to end such practices such as chokeholds and no-knock warrants but does not explicitly ban them, falls short.

Sen. Tim Scott, the chamber's lone black GOP member, has led the charge for the 106-page legislation to install nearly a dozen, major new provisions to address policing concerns highlighted since the May 25 killing of George Floyd by Minneapolis police.

Senate Majority Leader Mitch McConnell, R-Ky., said the Senate will take up the measure next week. "We are serious about making a law here," he told reporters. At a briefing Wednesday afternoon, White House press secretary Kayleigh McEnany shared the President Trump's support for the Republican effort.

"The president is fully in support of the Scott bill. They are working closely on that," she said.

There is much to reconcile, though, with the House Democrats' sweeping Justice in Policing Act, released last week.

Senate Minority Leader Chuck Schumer, D-N.Y., criticized the GOP bill, saying it "does not rise to the moment" and would need "dramatic improvement," but he did not say that Democrats would block the procedural motion needed to bring the bill to the floor.

"There's no reason to scribble our changes in the margins or nibble around the edges of this large, difficult and persistent problem. The moment calls for bold action, and the American people are behind it," Schumer said.

House Speaker Nancy Pelosi, D-Calif., sounded similar criticism. "The Senate proposal of studies and reporting without transparency and accountability is inadequate," she said in a statement. "The Senate's so-called Justice Act is not action."

The House Judiciary Committee is marking up its own police reform bill on Wednesday, and Democratic leaders are likely to bring it to the floor next week as well.

The Republicans' legislation comes a day after President Trump's executive order and his visit with families struck personally with loss related to police brutality. Scott attended the order signing and family visit.

Of that meeting, Scott said, "The president was the most presidential I've seen him talking to the families yesterday." Scott said Trump told Attorney General William Barr "to get it done."

Scott said he was hopeful the Senate will approve the proposed legislation in a bipartisan fashion, as it did with the coronavirus relief legislation.

McConnell's announcement about timing shows what a priority the legislation has become. Originally, the Senate was slated to take up the annual defense bill, the National Defense Authorization Act, next week. However, Republicans have faced increasing pressure to respond to demands for policing reform as well as answer the Democratic proposal.

An aide to Scott said Wednesday the Republican measure is up to more than 40 co-sponsors.

"Too many Americans have lost confidence in institutions created for the purpose of keeping our communities safe," reads an introductory note to the legislation obtained by NPR. "To rebuild that lost faith, the JUSTICE Act focuses on police reform, accountability and transparency."

Among the measure's key provisions:

The measure also includes several more bipartisan efforts, including the creation of the Commission on the Social Status of Black Men and Boys. The commission, which would be charged with issuing wide-range reporting on conditions affecting young black men and boys, is also in the Democratic proposal.

It also includes other Democratic provisions, such as the National Criminal Justice Commission Act to trigger a review of the criminal justice system, and making it unlawful for an officer to engage in sexual relations with an individual who is being detained or in custody.

Still, congressional Democrats have already called the GOP plan a "watered-down" approach, arguing that any reform bill needs to address the issue of qualified immunity — the legal protection for police officers that forecloses victims' ability to sue.

Scott acknowledged that the issue of qualified immunity is one where his bill and the Democrats' plan are far apart but said he was open to discussing it.

Sen. Mike Braun, R-Ind., perhaps the lone Republican to support adjusting qualified immunity, says he is planning to offer his own legislation on the topic or may seek to amend Scott's, which he co-sponsored.

"I just think it's important — it's a watershed moment, we ought to do more than window-dress the issue," he said.