Accessibility links
John Bolton's Book Is A Broad Indictment Of Trump's Foreign Policy And Presidency The tone of his forthcoming book, The Room Where It Happened, suggests the diary of a tutor who has endured many frustrating months with a spoiled and inattentive pupil who ignores his lessons. 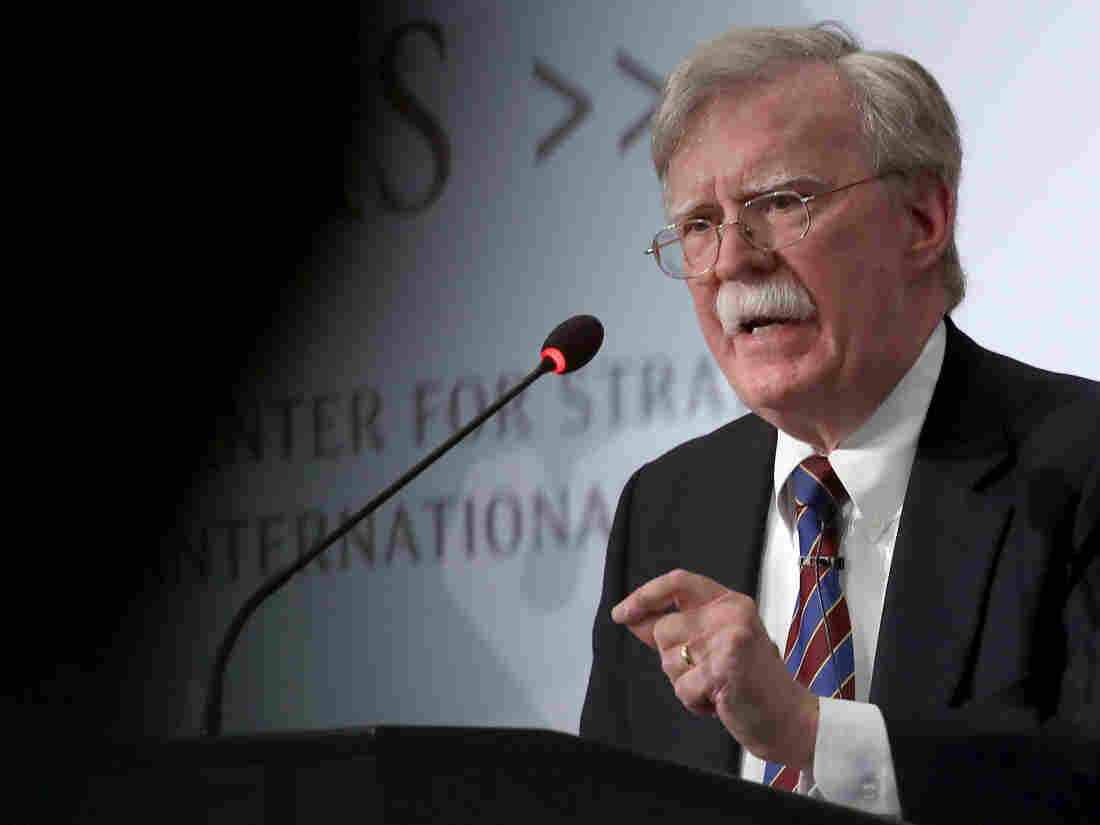 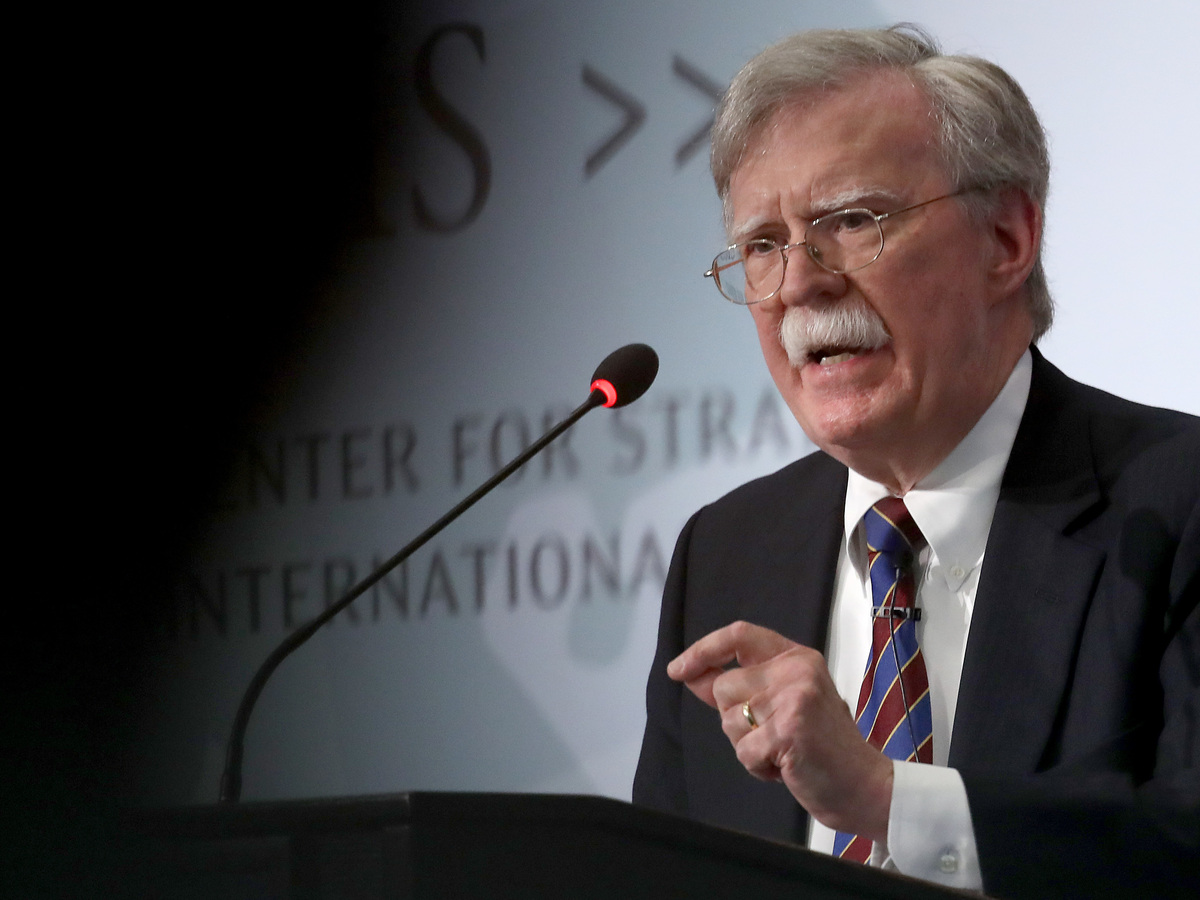 Even before President Trump went to court in an attempt to block publication of John Bolton's memoir, millions were waiting to hear what the former national security adviser had to say about Trump and the Ukraine affair that got him impeached.

After reading Bolton's The Room Where It Happened, few can wonder why the president wanted to stop it. While Bolton's report arrives too late to affect impeachment, it surely bolsters the case against Trump that was presented in the Senate trial. 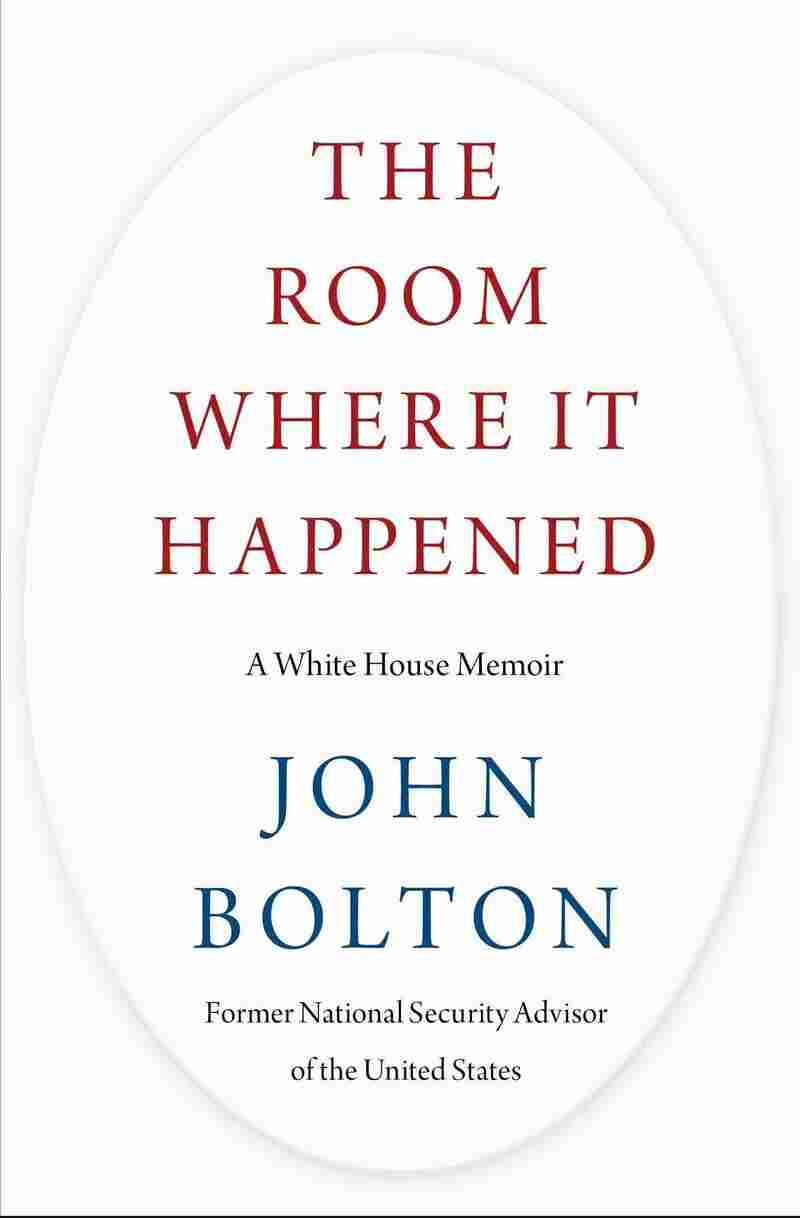 John Bolton's The Room Where It Happened: A White House Memoir is set to publish June 23. Simon & Schuster hide caption

But Bolton's book is a far broader indictment of Trump's approach to foreign policy, and indeed to the presidency. The president portrayed here is not only self-involved but single-minded about pursuing and preserving his own starkly personal interests.

"In fact," Bolton writes, "I am hard-pressed to identify any significant Trump decision during my tenure that wasn't driven by re-election calculations."

Yet it was the Ukraine issue that drove the House of Representatives to seek Bolton's testimony last fall during the impeachment hearings, when several of his associates from the National Security Council did testify. Bolton refused, citing a White House directive, even though he had left the administration by that time. In these pages, Bolton makes the case that the House proceeding was "impeachment malpractice" because it did not subpoena him and wait for a court to order his testimony.

He also knocks the House process for concentrating on Trump's phone call to pressure the Ukrainian president to investigate the son of Democratic presidential candidate Joe Biden. That was a faulty focus, Bolton says, because it was not "the only transgression" and the House should have produced instead an array of impeachable offenses.

Bolton says Trump would regularly ask foreign leaders to do things that he acknowledged were motivated by his need to please various constituencies. He recounts how in June 2019, at a summit in Japan, Trump had a one-on-one meeting with Chinese President Xi Jinping and brought up the 2020 election. Trump "stressed the importance of farmers and increased Chinese purchases of soybeans and wheat in the outcome."

Bolton says he would have quoted Trump's words to Xi verbatim but the government's pre-publication review process had told him he could not do so.

When impeachment moved to the Senate for trial, Bolton volunteered to testify and was not called. A cynic might say Bolton made himself available knowing there was no chance Senate Majority Leader Mitch McConnell would let him be called to testify — or any other witnesses, for that matter — before dialing up an acquittal vote on all articles of impeachment.

But let's face it, what might have been blockbuster testimony in January or February seems more historical than contemporary today. In the mindset the other side of a worldwide pandemic, a recession and a national hour of reckoning on race, the Bolton revelations now have far less impact than they might have had. The nation has largely moved on from the Ukraine scandal to other more immediate anxieties.

On the facts, Bolton leaves no room for nuance about Trump's handling of Ukraine. He describes with contempt the suggestion that Ukraine was concealing a server stolen from the Democratic National Committee or that officials there had conspired against Trump in 2016 (or were doing so again for 2020).

Bolton refers to these as the "Ukraine fantasy conspiracy theories" and as "the Giuliani fantasies," a reference to Trump's personal attorney, former New York Mayor Rudy Giuliani, who had been peddling them for years. Bolton also bemoans the number of highly placed White House personnel who bought into the "simple-mindedness" of Trump's Ukraine pressure strategy — or acted as though they had.

Bolton tells us he was on the July 25 phone call Trump made to Ukrainian President Volodymyr Zelensky, the one that led an anonymous whistleblower to initiate the process that became Trump's impeachment. He says he did not think Trump's comments in the call reflected any major change in direction.

McCabe's 'The Threat' May Be Darkest Vision Of Trump Presidency Yet

"The linkage of the military assistance with the Giuliani fantasies was already baked in," Bolton writes. "The call was not the keystone for me but simply another brick in the wall."

Bolton says that when he left office on Sept. 10, he believed the "Giuliani follies" had been consigned to a back burner to burn themselves out. But he says he soon learned that the whistleblower (whose identity he says he still does not know) had emerged and brought the entire matter to the attention of Congress as well as the inspector general for the intelligence community.

Historians may long debate whether Bolton's testimony might have been persuasive enough to alter the outcome of that trial. Bolton, in an appearance at Vanderbilt University in February, said he would "bet you a dollar" the outcome would have been the same.

One reason that might be right: Even if Bolton had convinced the Senate Republicans that Trump had misused his office, Trump's defenders would still have their fallback argument that Trump's offense was not serious enough to compel his removal from office.

On the other hand, when one envisions Bolton, in his Fox News contributor mode with terrier toughness and academic certitude, making the case against Trump he makes in this volume, it is at least plausible he could have changed some minds.

The House impeachment managers thought they had the goods on their own, but as one of them said, hearing from Bolton "would remove all doubt."

How Will History Judge Trump's Impeachment? It Won't Just Be Decided On Election Day

One thing seems beyond dispute. If Bolton had testified in the trial earlier this year, the impact on Trump would have been far greater — via television and the internet and endless video loops — than the publication of a 492-page book (not counting an additional 85 pages of notes and index, much of which Bolton says he provided to prove he did not rely on classified material).

An obvious analogy would be to John Dean, the former White House counsel whose accusatory tour de force against President Richard Nixon at the outset of the Watergate hearings in 1973 opened the door to proceedings that did in fact drive Nixon from office.

During those months, Bolton was in close touch with Trump and others in the inner circle, even while remaining a contributor on Fox News and pursuing his legal and public speaking career. He says he was in the running for secretary of state and for national security adviser (before that job went to McMaster.)

He says he heard at the time that Trump did not like his trademark mustache, which indeed does project his personality, a bristle-brush that is in your face as much as it's on his.

But as one top-level appointee after another departed the White House, Bolton was called in to take over. And that he did. He wants us to know about everything he worked on, so we do not get to the Ukraine dramatics until the penultimate chapter of this book, preceded by 13 chapters walking us through the author's myriad encounters with world leaders and deeply complex problems.

In fact, Bolton's account often reads as though torn from pages of his daily planner, rife with references to the time he rose and arrived at the White House or the details of his travel and the heads of state with whom he shared a tête-à-tête.

The earlier chapters chronicle the exit from the Iran nuclear deal, the negotiations over nukes with North Korea, the attempts to oust the Venezuelan socialist strongman Nicolás Maduro, the endless efforts to close out the U.S. military adventures in Afghanistan, Iraq and Syria, and the equally repetitious confrontations with Iran.

A preparation fanatic, Bolton is appalled at the freewheeling and hyperpersonal way in which Trump engages his global duties and other world leaders. But what bothers him most is the Trump style of freelancing policy and switching up the national posture, sometimes on an hourly basis. It is a degree of random inconsistency Bolton clearly finds unacceptable, calling it "chaos as a way of life."

He makes repeated references to the desk in the Oval Office, donated by the British and made from the timbers of the HMS Resolute. It has been known for generations as the Resolute desk, and Bolton cannot help making repeated reference to the contrast between the desk and "the man who sat behind it."

Like others who have left the Trump ambit to write "tell-alls" about him, Bolton sets out to describe Trump's ego and narcissism and also reveals a good deal about his own. If not right about everything, he is at least right about a great many things. Like Trump, he finds others to blame when his predictions or wagers go awry. When he does not get the overthrow of Venezuela's dictator Maduro he was counting on, he denigrates Juan Guaidó, the opposition leader he had been backing. (He calls him the Beto O'Rourke of Venezuela.)

It is clear Bolton takes copious notes and that in this case he was doing so with intent to write, at some point or another, a definitive account. What he has written recalls several of the other entries on the bookshelf of Trump inner circle "tell-alls" in that the man they describe is crude, vigorous, self-involved and aggressive.

So why take the job as his adviser? "Because America faced a very dangerous international environment, and I thought I knew what needed to be done," Bolton writes. As for Trump, "No one could claim by this point not to know the risks in store, up close, but I also believed I could handle it. Others may have failed for one reason or another but I thought I could succeed."

What sets this book apart is implied in its title. Borrowing from a key song title in the Broadway musical Hamilton, Bolton alludes to his own pivotal role. Beyond that, his attitude and language are light years removed from that of other Trump chroniclers. The overall tone suggests the diary of a tutor who has endured many frustrating months with a spoiled and inattentive pupil who ignores his lessons and regards his tutor as expendable.

One rather curious subplot in Bolton's Room concerns Nikki Haley, the former governor of South Carolina who served as Trump's first ambassador to the United Nations (a job once held by Bolton during the George W. Bush administration). Haley appears at several points in this narrative, always in unflattering-to-harsh light. Bolton tells us Secretary of State Mike Pompeo called her "light as a feather."

Bolton presents himself as a lawyer, a policymaker and a pundit. But his ego is intellectual, even academic. He clearly does not expect to attract the casual reader, or anyone else unable to digest sentences such as this one on the third page: "Constant personnel turnover obviously didn't help, nor did the White House's Hobbesian bellum omnium contra omnes ("war of all against all")."

One can only imagine the banter when Bolton and Trump had their tête-à-tête discussions, sitting on opposite sides of the Resolute desk.