Accessibility links
Think These Times Are Surreal? Add A Small Dose Of Salvador Dalí To Your Day The Salvador Dalí Museum in Florida is still closed as a result of COVID-19, but an online video produced by the museum will transport you to 1929 Paris, a time when surrealism was at a crossroads. 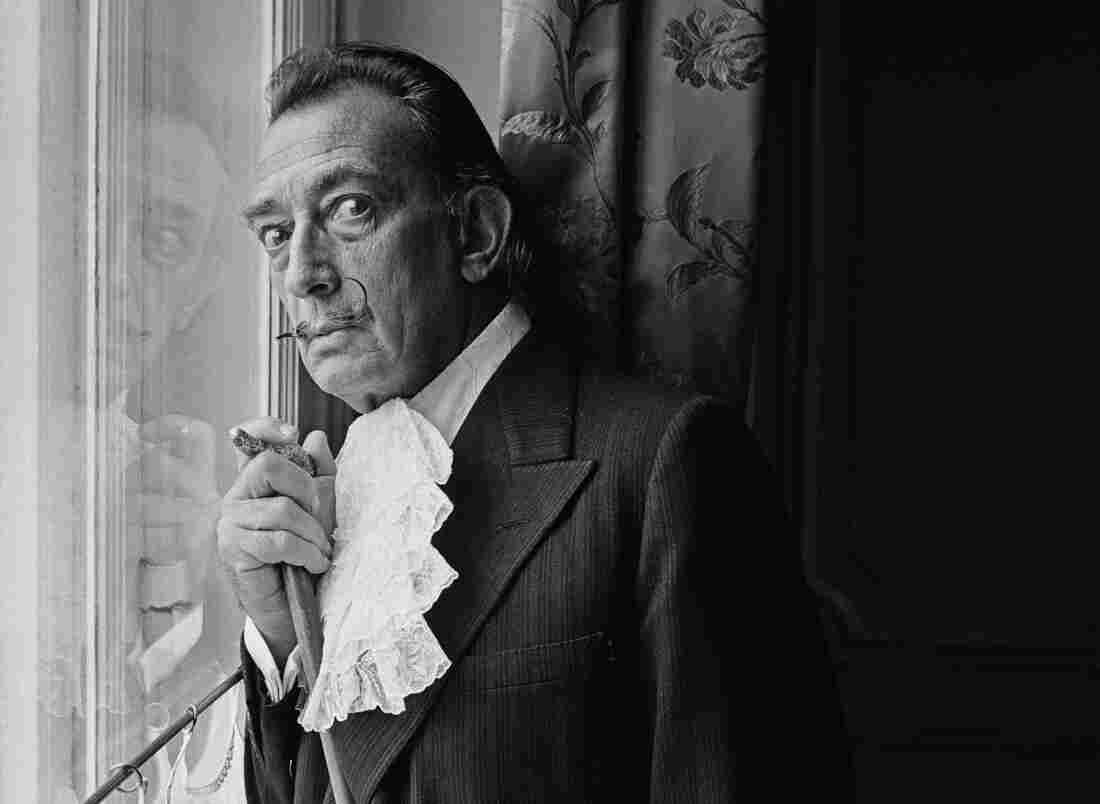 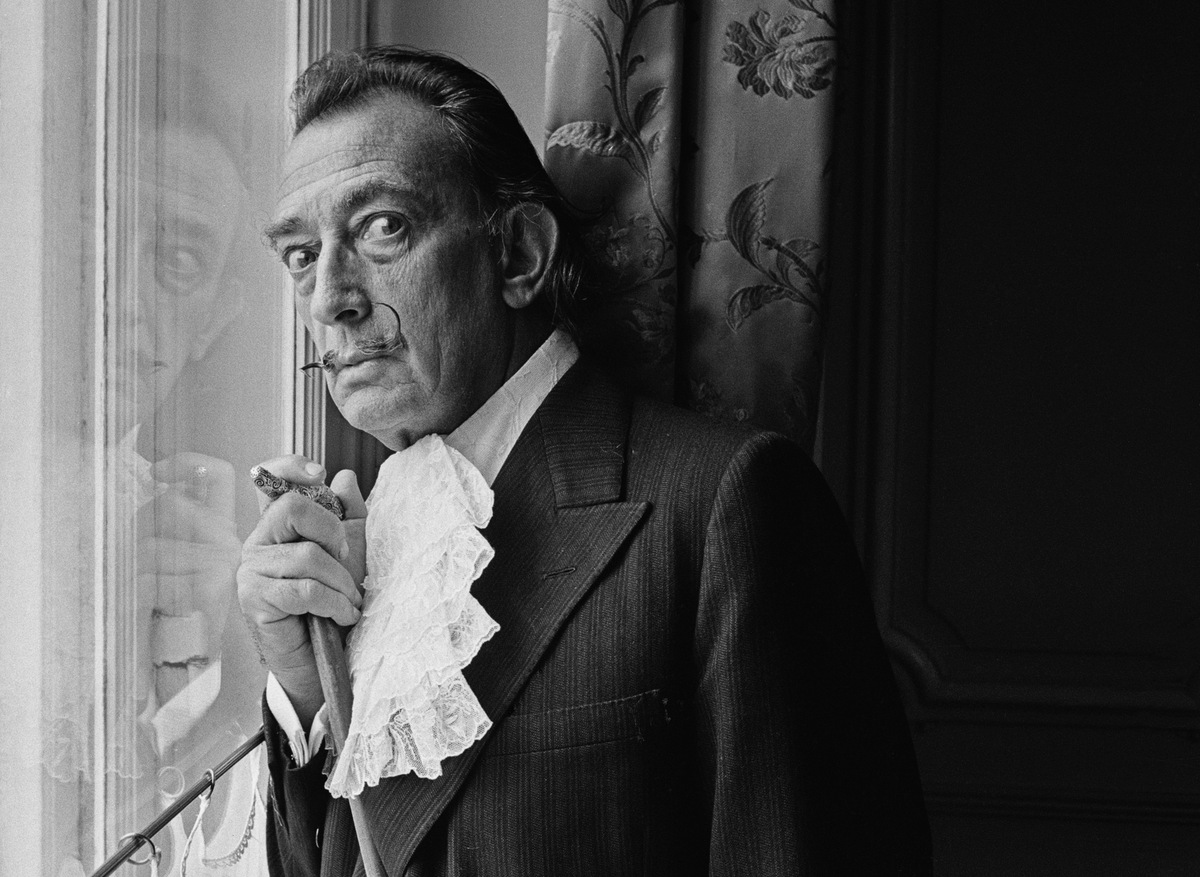 The Salvador Dalí Museum in St. Petersburg, Fla., didn't let COVID-19 stop it from showcasing its "Midnight in Paris" exhibition. Above, the Spanish surrealist painter in 1964.

Just after Sept. 11, I went to my favorite Washington, D.C., museum — The Phillips Collection — to look at still lifes. The one I remember best was a small oil by Édouard Manet, painted as he was dying. Peonies. So richly textured you could almost smell the flowers. (You can see them for yourself here.)

The painting took me away from dark thoughts for a while. Art helped me, as it always does, to get through a terrible time. Now it's another terrible time, and museums are closed against a killer virus. But they're offering beauty, strength and fascinations on their websites. In an informal series, I'll flag some online exhibits for you to enjoy whenever you need a break from worrying.

We'll start with an art-based word that pops up every day in these topsy-turvy times: surreal. It was coined by French poet Guillaume Apollinaire who described life after World War I as "totally new, lyrical, human, joyful, and ... surreal." But we're using it now for life as weird. Unsettling.

In art, a prime surreal example is at the Museum of Modern Art in Manhattan. It's Salvador Dalí's most famous painting, The Persistence of Memory. The surprisingly small picture is full of clocks you cannot count on. They melt down from a scrawny tree limb, pour off the side of a table, drape over what's thought to be a self-portrait but looks like a weird sea creature. 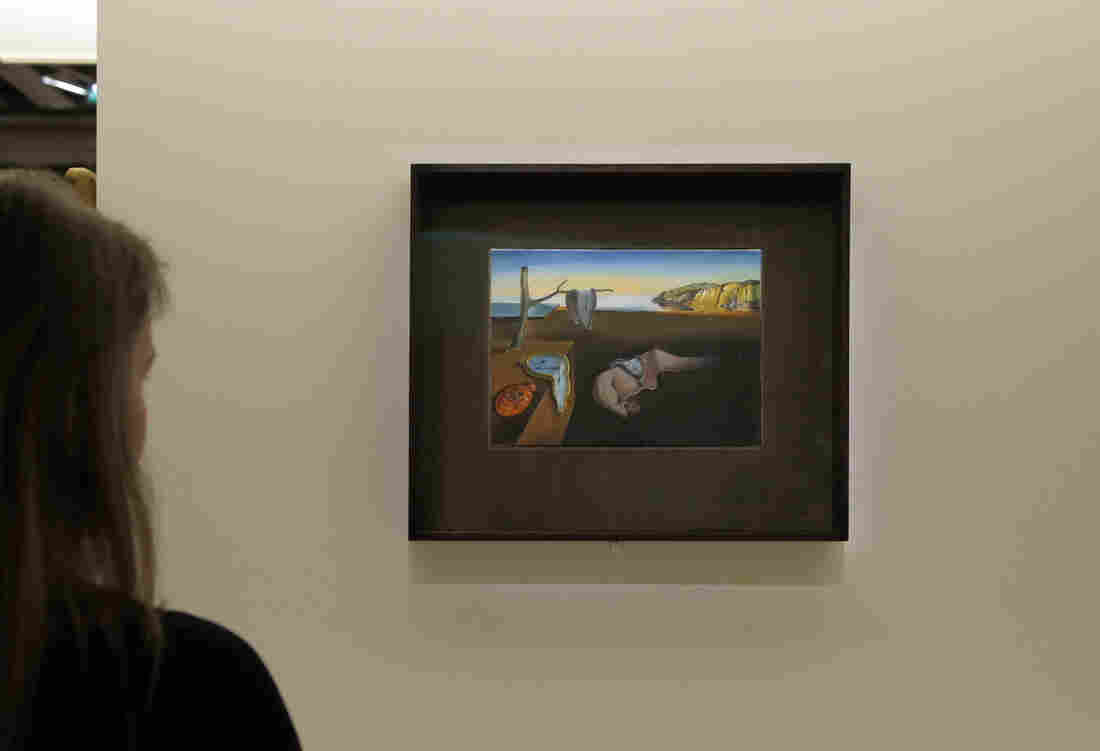 A visitor looks at Dalí's The Persistence of Memory at an exhibition in Paris in 2012. François Guillot/AFP via Getty Images hide caption

Legend has it that while Dalí's wife, Gala, (really? Gala Dalí?!) was at the movies, Salvador's eyes fixed on some Camembert cheese that just happened to be around. Hours passed. The cheese began to melt off the plate. "And he thought, 'Voilà!' " says Hank Hine, executive director of the Salvador Dalí Museum in St. Petersburg, Fla. He'd found his inspiration.

Learning the pandemic would close the place down, Hine found inspiration for his museum. Its website reports on some 2,000 Dalí oils, watercolors, prints and photographs in the collection. But the closure prompted new thinking. Hine had a video put together to show the museum's current exhibition, "Midnight in Paris: Surrealism at the Crossroads, 1929." That's two years before Dalí started melting his clocks, a period when artists were searching for new visions.

The video is a wonderful tour of that City of Light. Film clips, vintage photos, a history of surrealism, bios of the artists (Joan Miró, Giacometti, Magritte) — all in under 3 1/2 minutes! With accordion music!

Plus, that word we keep using now, in our locked-down lives. Our days have become surreal — confusing, scary, depressing sometimes. It's upside down, we say. Dalí's world was like that, too. What he and his artist pals created were rejections of the old ways, in a search for something new. A bit of that is going on for us, too.

The Salvador Dalí Museum will get you to think, make you smile, and, yes, make you wish you were in Paris right now. However, St. Petersburg's closer. The museum plans to reopen July 1.

Next time: Kehinde Wiley's equestrian statue in Richmond, Va. In that city full of Confederate generals, Wiley's bronze, African American rider gallops right up to issues of race and racism.