Accessibility links
Pompeo And China's Top Diplomat Meet In Hawaii As Relations Worsen Neither the U.S. nor China publicly announced the meeting in advance and it was not clear which side had proposed it. 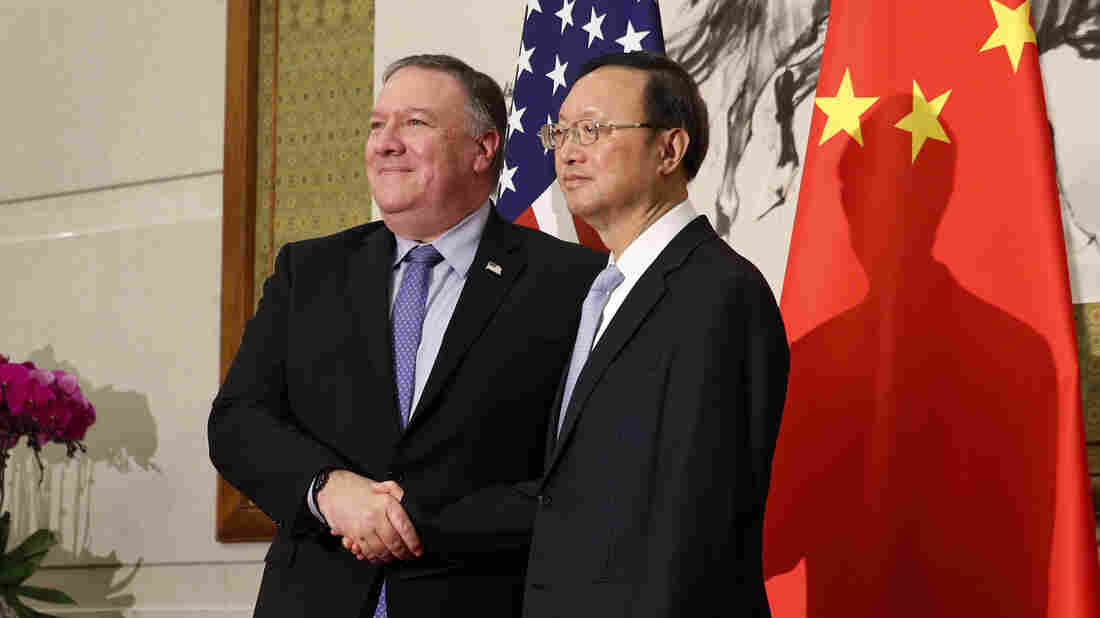 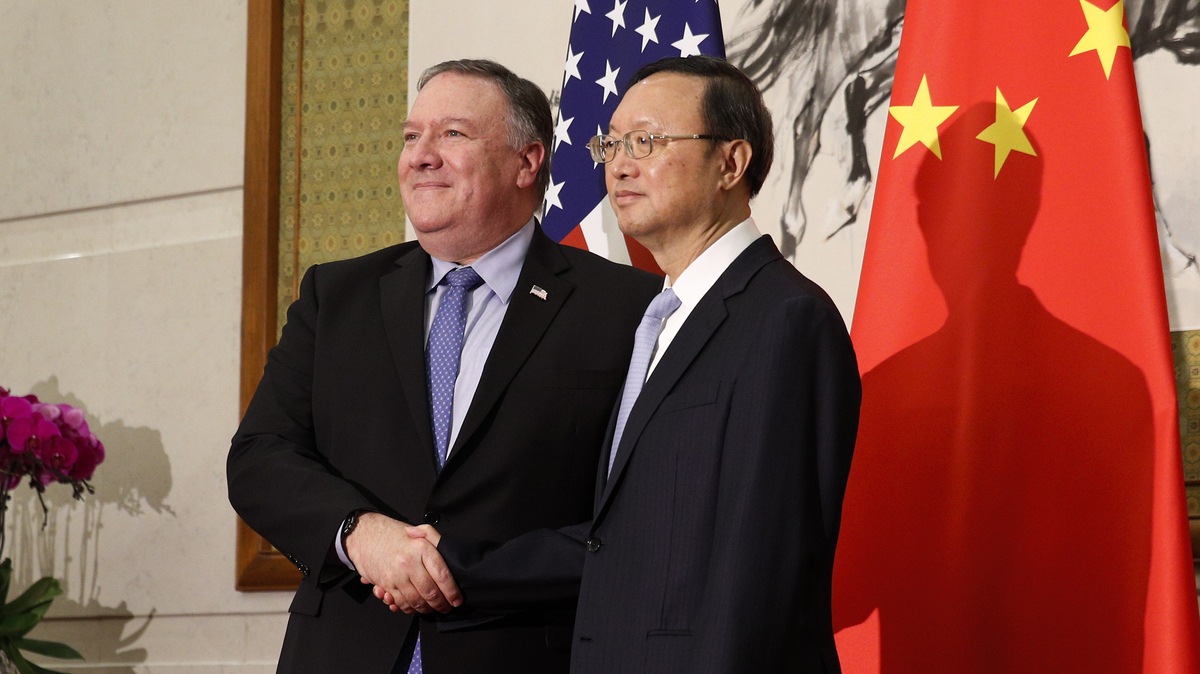 In this October 2018 photo U.S. Secretary of State Mike Pompeo (left) shakes hands with State Councilor Yang Jiechi, China's top diplomat, in Beijing. The two met Wednesday in Hawaii as relations between the U.S. and China continue to deteriorate.

The meeting comes at a time of fast-deteriorating relations between Washington and Beijing over a range of issues, including human rights, Hong Kong and the COVID-19 pandemic.

Neither the U.S. nor China publicly announced the meeting in advance and it was not immediately clear which side had proposed it, highlighting the tension and mistrust that now permeate ties between the world's no. 1 and no. 2 economies.

Pompeo has been an outspoken critic of China's ruling Communist Party and its policies, and Beijing, for its part, has singled him out for scorn, calling him irresponsible and a liar.

State Department spokeswoman Morgan Ortagus said in a brief, three-sentence statement that Pompeo stressed the need for transparency and information-sharing to fight the pandemic and prevent future outbreaks.

The Trump administration has repeatedly blamed China for sparking the global coronavirus pandemic by not being open about the outbreak when it first emerged in the Chinese city of Wuhan in December and not acting quickly enough to stop it.

China has said that it has been open and transparent about the coronavirus, and handled the situation responsibly.

Pompeo also raised the need for "fully-reciprocal dealings between the two nations across commercial, security, and diplomatic interactions," according to the statement.

It said both sides "fully elaborated on their stances, agreeing that this was a constructive dialogue." Yang and Pompeo agreed to maintain contact and communication, Xinhua reported.

In a separate statement, the Foreign Ministry said Yang told Pompeo that cooperation was the "only proper choice for China and the United States."

"The Chinese side is devoted to working together with the United States to develop a relationship with no conflict and no confrontation, of mutual respect and win-win cooperation," it said.

Still, Yang pushed back against Pompeo on several areas of recent friction in the relationship, according to the Foreign Ministry.

He told Pompeo that Hong Kong affairs were an internal matter, and he urged the United States to respect China's sovereignty, treat Hong Kong's national security legislation objectively and fairly, and stop interfering in the territory's internal affairs.

Trump announced that his administration would begin to rescind special considerations and policies for Hong Kong in retaliation for Beijing's move, which the administration says rolls back China's promise to allow Hong Kong a high degree of autonomy for 50 years after its return from Britain in 1997.

The bill passed the House and Senate in May and could lead to sanctions against Chinese officials deemed responsible for human rights abuses against ethnic Uighurs and other Muslims in China's far western region of Xinjiang.

The act says more than 1 million Uighurs and other Muslims in Xinjiang have been subject to mass surveillance and internment in the name of combating terrorism.