Accessibility links
John Bolton Book Claims Aren't Making Congress Jump To Action The former national security adviser is reviled so equally by so many on all sides in Washington that the allegations in his new memoir may not spark the kind of response they otherwise might. 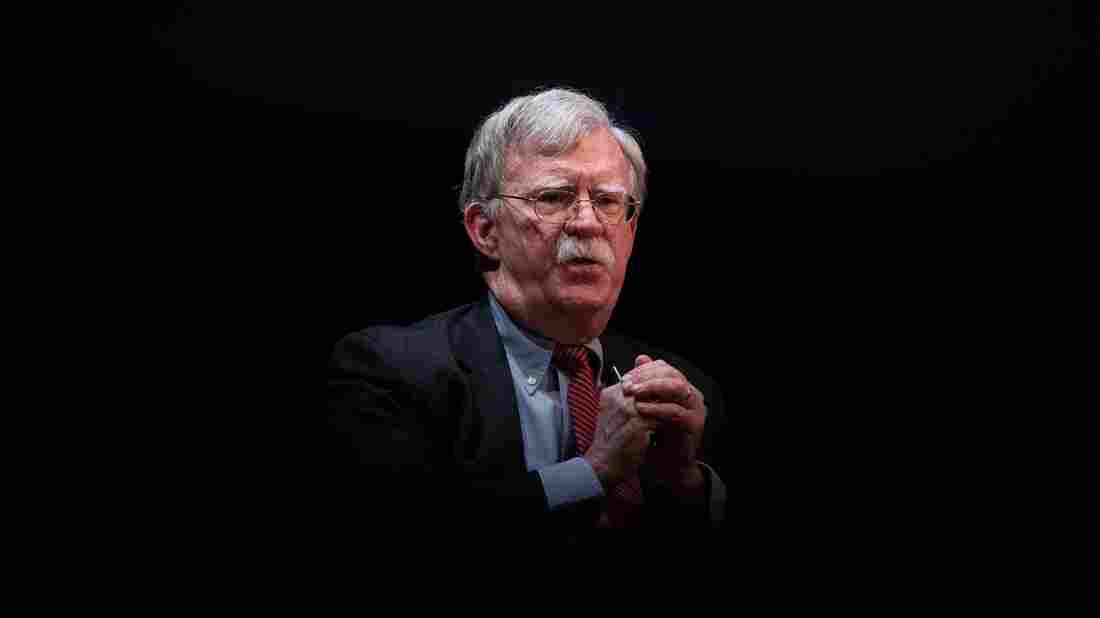 Former national security adviser John Bolton, here at a February event in North Carolina, is releasing a memoir with strong allegations of misconduct against President Trump. But Bolton's accusations are notable for the splash they aren't making. Logan Cyrus/AFP via Getty Images hide caption 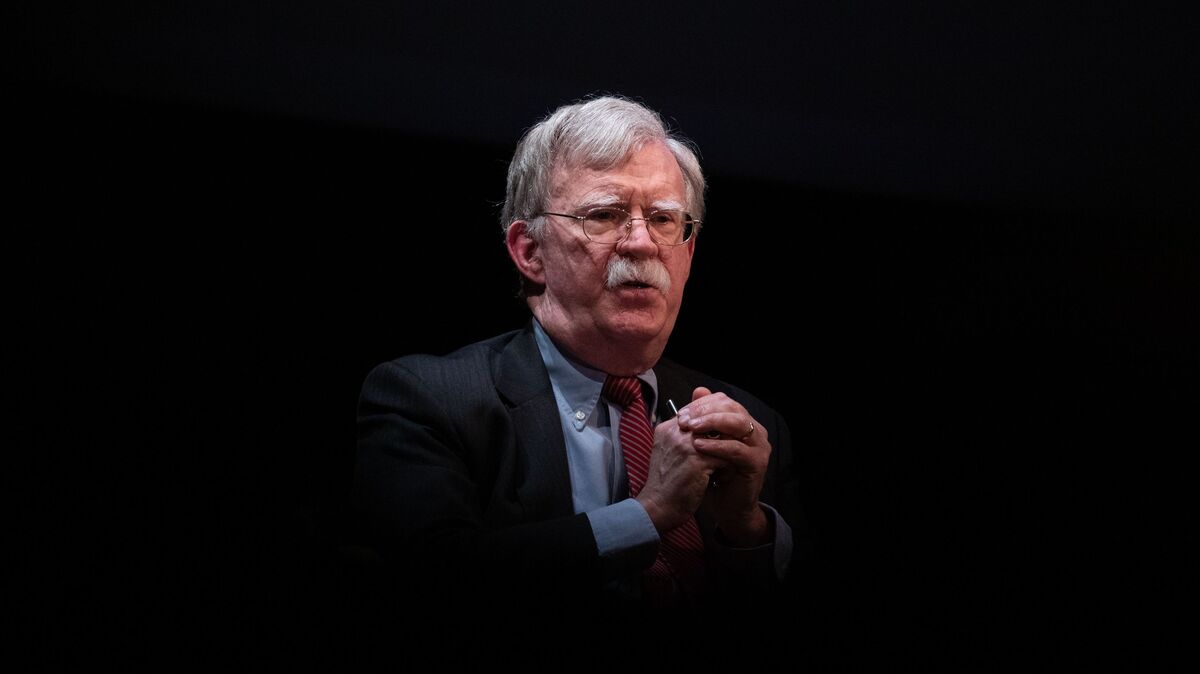 Former national security adviser John Bolton, here at a February event in North Carolina, is releasing a memoir with strong allegations of misconduct against President Trump. But Bolton's accusations are notable for the splash they aren't making.

The picnic that is political life in Washington seldom encounters a skunk of the magnitude of John Bolton.

He was a centerpiece of the establishment, and now President Trump and Republicans have rejected him as a turncoat.

Democrats, never fond of his worldview, now despise him as never before.

Bolton's unique ability to be hated by everyone for different reasons means that all those involved with reacting to his explosive new memoir aren't behaving as they might have if someone else were involved or circumstances were different.

The former national security adviser has leveled a series of what otherwise might be earthshaking allegations against his former boss in his book The Room Where It Happened.

Trump does favors for foreign potentates because he wants help with his reelection, Bolton says; he gave his blessing to some of the worst human rights abuses of the modern era, according to the book; Trump knows almost nothing about even the basics of dealing with foreign nations, Bolton alleges. And so on.

The president denies it all and calls Bolton disgruntled after a policy break with him and the administration.

Some of Bolton's assertions, however, are ostensibly verifiable.

Will Democrats spring into action with hearings in which they compel Bolton to say it all under oath? Will they demand to hear from the other administration figures he quotes in his book? Will they fight Trump in court to access the transcripts, notes, emails and other materials that might substantiate his claims? 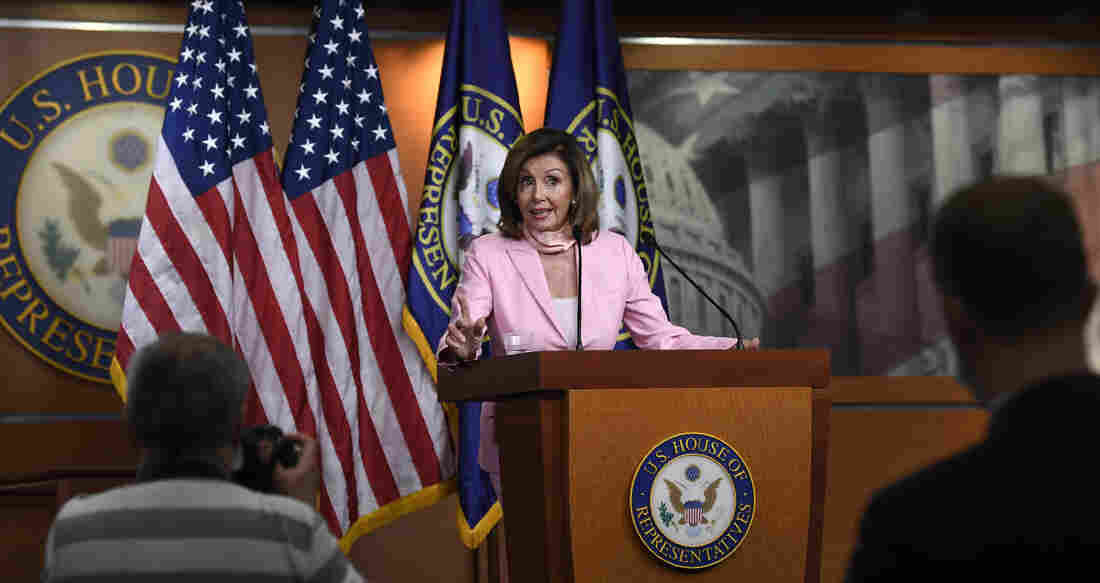 The response so far boils down to: Ehhh ... maybe.

She reiterated her junior colleagues' promises to confer about what action to take about Bolton, but she did not open her press conference by discussing him or volunteer any position until asked by a reporter.

"We'll be discussing how the American people are best served by oversight," Pelosi said.

For Republicans, Bolton has sunk from being a top luminary on foreign policy and national security to a spinner of falsehoods interested only in his book royalties.

"It disappoints me," said House Minority Leader Kevin McCarthy, R-Calif. "Money drives a lot of people to say a lot of things."

House Democrats' campaign arm pointed out how abruptly Bolton's book has prompted the GOP to change its tune on him despite the years he spent as a trusted counselor to presidents and a respected commentator.

"John Bolton's tell-all book is just another reminder that Washington Republicans will always put their allegiance to their president and their political party ahead of the working Americans they were elected to serve," said Robyn Patterson, spokeswoman for the Democratic Congressional Campaign Committee.

A failed attempt to force testimony

Pelosi and House Democrats impeached Trump over the Ukraine affair, to which Bolton now openly acknowledges being a close witness.

Bolton resisted taking part then, and Democrats calculated that they shouldn't wait for a legal fight over whether to compel him to tell his story publicly. It would have taken too long, they feared.

So Democrats withdrew a lawsuit that might have yielded Bolton's testimony and that of a deputy, and went ahead with impeachment based on the evidence and other witnesses then in hand.

Pelosi said Thursday that she had "no regrets" about what transpired and that blaming Democrats for Bolton's absence before Congress was "a con."

Republicans closed ranks to protect Trump earlier this year. They used their majority in the Senate to keep from having to hear, on the record, Bolton's accounts about Trump's actions and deal-making.

Senate Republicans said it wasn't their job to come up with evidence in the impeachment, only to assess what had been developed by the House. Bolton said he would have testified if subpoenaed by the Senate — knowing the slim odds Republicans would authorize that.

Republicans acquitted Trump of the articles of impeachment and permitted him to keep his office — then the coronavirus disaster changed life in the United States drastically.

The focus around the nation and in Washington shifted, too.

So much appears to have changed — about both everyday life and politics — that Bolton's allegations are notable for the splash they aren't making in Washington.

Where was House Judiciary Committee Chairman Jerry Nadler, D-N.Y., one of the drivers behind the impeachment effort?

On Wednesday, when the accounts began to appear about Bolton's allegations, Nadler was presiding over a markup on police reform legislation, part of the Democrats' response to the protests following the death of George Floyd at the hands of police.

Their agenda has changed since the last controversy in Washington over Bolton.

Many in the party, in short, may have moved on — or at the very least feel lukewarm about helping to promote the accounts, and potentially, the book sales, of Bolton.

"I'm not paying any money for a book that was a substitute for testifying before Congress about the well-being of the American people," Pelosi said Thursday when asked about whether she would read it.

The speaker and her colleagues may perceive that the climate has changed too much to engage seriously with Bolton following the pandemic, the national movement about race and police, and the now-solidified position of the party behind former Vice President Joe Biden as the presumptive nominee.

Democrats view public polling on issues such as health care and efforts to address racial discrimination as clearly favoring their party going into the 2020 election. They appear unlikely to want to go back to the impeachment debate — which would only remind voters of their failed effort to remove the president.

The threat of a legal battle

The experience of the Ukraine affair and impeachment also have clarified how and when the White House will fight to protect witnesses and documents, and when it won't.

Given the alacrity with which the Justice Department is attempting to suppress Bolton's book, including with a lawsuit and a request for a temporary restraining order, it's clear to all players that if Democrats tried to subpoena the records Bolton describes about Trump's conversations with foreign leaders, that would lead to a months-long court battle.

The Supreme Court held up an ongoing dispute over material from the Russia investigation in such a way that the records involved might not appear publicly until after Election Day, even if the justices permitted their release.

A question of priorities

So even though Bolton has made some of the most serious charges against a president ever leveled by a top former aide, to say nothing of an ex-national security adviser, there didn't appear to be much eagerness among Trump's usual enemies to go about exploiting that.

Senate Minority Leader Chuck Schumer, who noted at one point he praised the president's tough rhetoric on China, cited Bolton's account about Trump pressing China for agricultural sales to states key in his reelection effort.

Schumer said the president "sold out," and, pointing to the Bolton book: "We see why Trump caved to China so completely."

"I would have preferred Mr. Bolton to have told these stories under oath, at the impeachment trial," Schumer said — but not whether there would be any renewed effort now to force Bolton to answer questions.

Instead, the New York Democrat focused on the Bolton book's criticism of Trump's dealings with Chinese President Xi Jinping, saying, "President Trump cannot be trusted to deal with China policy any longer."

Meanwhile, Senate Republicans have kept alive their counterattack from impeachment with ongoing investigations into the origins of the Russia inquiry and the business dealings of Biden's son in Ukraine.

That's likely where they'll keep their focus over the coming months, as opposed to excavating Bolton's claims about Trump and China or the president's other dealings. Sen. John Cornyn, R-Texas, was asked about that Thursday.

"With everything else we have to do," he said, "whether it's police reform or COVID-19, I just think those are more important."