Accessibility links
How Queer Tastemakers, Movers And Shakers Shaped The Music Of New Orleans No single lineage can contain New Orleans music. But one central thread is the legacy of queer performers and tastemakers — from Bobby Marchan to Big Freedia — who steered the sounds and the scenes. 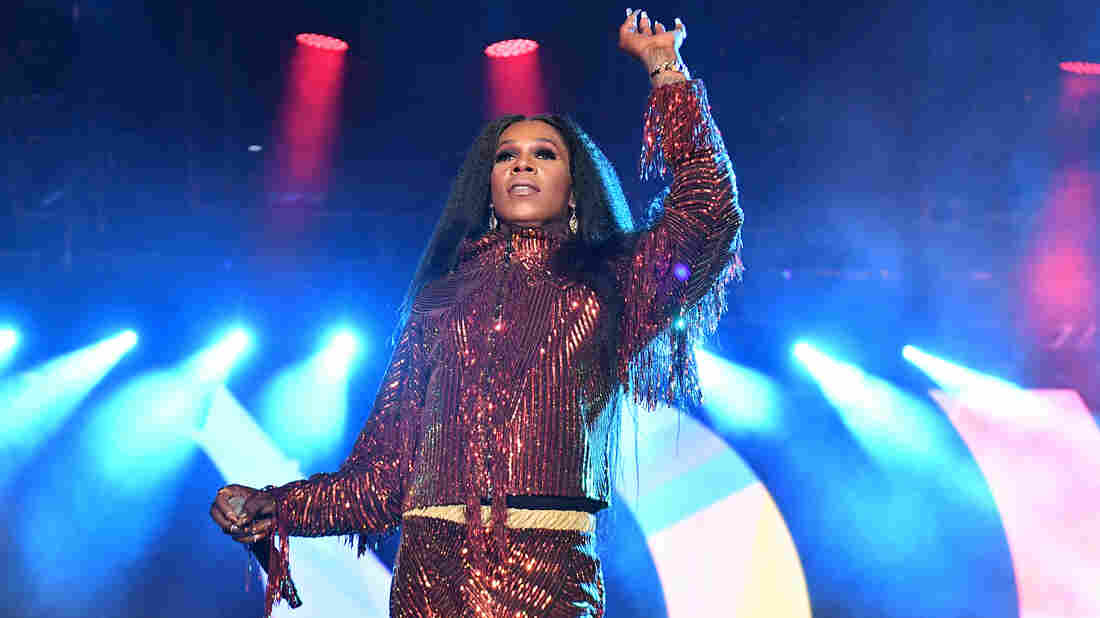 Big Freedia, shown performing in 2019 in New Orleans, is part of our starter kit for the queer music of New Orleans. Paras Griffin/Getty Images, hide caption 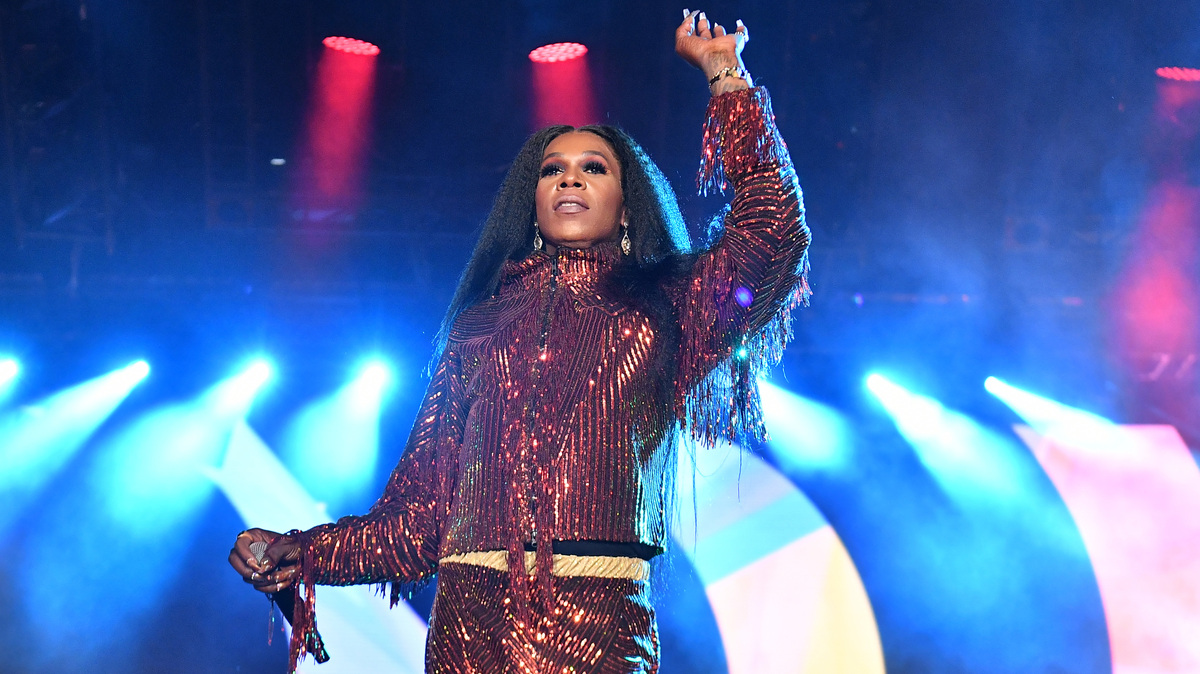 Big Freedia, shown performing in 2019 in New Orleans, is part of our starter kit for the queer music of New Orleans.

New Orleans music history is played out by an ensemble cast, as colorful, diverse and dynamic as a Sunday-afternoon second line. No single lineage can quite unlock the ongoing magic that remains far more than the sum of its parts. But one essential thread, which began before rock and roll and stretched past the birth of hip-hop, is the legacy of queer performers and tastemakers — from Bobby Marchan to James Booker to Big Freedia — who steered the sounds and the scenes.

Bobby Marchan wasn't from New Orleans, but he got there just about as fast as he could. Born Oscar James Gibson in Youngstown, Ohio in 1930, he was barely out of his teens when he hit the road with a drag troupe that he'd put together called the Powder Box Revue. In 1953, they arrived at the Dew Drop Inn in New Orleans for a few weeks' booking and Marchan, who was also a singer and MC, decided to stay. That choice began a career that would both witness and influence more than 50 years of New Orleans music, and arguably, by extension, all American music – across distinct genres and generations.

Groups like the Powder Box Revue, usually referred to by the cringey and outdated title "female impersonators," are common in the newspaper listings for black nightclubs in the era when rock and roll was dawning. More than a few future recording artists on the LGBTQ spectrum, like Little Richard and Billy Wright as well as Marchan — for whom language was probably insufficient to pinpoint their actual identity — got their start onstage in that role, though certainly many more of those performers' individual names and stories have been lost to history. In part, they were a vestige of the old variety revue style of entertainment popularized by the previous century's traveling tent shows, of which Dew Drop habitués like Little Richard (in drag as Princess Lavonne) and Charles Neville (playing saxophone) were also veterans; a night's bill at a spot like the Dew Drop might include a comic, a magician, a shake dancer, a snake charmer, a female impersonator and a major touring or local performer like Bobby Bland or Irma Thomas. Ray Charles, B.B. King and James Brown all came through during its time as the city's top venue, which lasted from 1939 until the mid-70s. In an interview for the 1986 New Orleans music history Up From the Cradle of Jazz, Neville called the Dew Drop – which was also a hotel, restaurant and barbershop serving patrons of color during Jim Crow – an "oasis" for black artists, a place that was safe enough, in a world where the letter of the law sanctioned racial violence, to simply relax enough to actually create and enjoy art. As the story goes, it was at the Dew Drop that Little Richard, on the cusp of finding the world-shaking sound, those gospel ecstasies and pulsing rock potency he'd wax at Cosimo Matassa's studio, played the first version of "Tutti Frutti." Later, he'd record his old friend and mutual influence (and Dew Drop regular, too) Esquerita's piano-pounding paean to the club.

The host of this oasis was Patsy Vidalia, a drag performer, singer and comic who presided over the night's shows and late-night jam sessions, as well as the annual Halloween Gay Ball and costume contest – which Bobby Marchan told an interviewer in the late '90s was "the biggest show of the year at the Dew Drop." Vidalia – nicknamed "The Toast" – held that center-stage role at the venue for more than two decades, becoming inextricable from the legendary club's towering legacy. Marchan held a similar role at the Club Tiajuana, another rhythm-and-blues hot spot about a mile away, but lived at the Dew Drop on and off. Both scene stars recorded, too, though Marchan was more successful in that respect, as the lead vocalist for Huey "Piano" Smith and the Clowns, whose most notable hit was 1957's "Rockin' Pneumonia and the Boogie Woogie Flu" (the sui generis gay piano player James Booker, who came into his own with a singular blend of pop, classical and barrelhouse blues in the 1970s, also did an early turn in the Clowns) and later as a solo artist. Patsy cut two songs for the Mercury label in 1953 – one, a Dew Drop stage signature called "Put Your Hand on Your Heart" that came with a bawdy sight gag at the club – but after that stuck to live performance until his death in 1982.

Big Freedia Is The 21st Century's Ambassador Of Freedom

Bobby Marchan spent a good chunk of the '70s based in Florida and touring as a singer and drag performer, but was back in an MC role on New Orleans stages in time for another wave of popular music: hip-hop, and its homegrown local party offshoot bounce. The music business veteran had a strong hustle and decades' worth of contacts with promoters and radio programmers around the south, and he parlayed those assets into a powerful role in the new scene, forming a company called Manicure Productions with a business partner who owned a small record shop (Manicure Records) in the town of Gretna, just across the Mississippi River from the French Quarter. His open-mic "Gong Show" talent shows, hosted in drag, drew hopeful rappers in throngs for a chance to win cash prizes, but also a chance to be mentored and managed by Bobby. The most successful of those who were, of course, were Ronald and Bryan Williams – two brothers who grew up in the Magnolia Housing Development area just a few blocks from the old Dew Drop Inn, and went on to become the multimillionaire moguls behind Cash Money Records. In 1999, they covered the bill for Marchan's funeral.

Katey Red, the first openly gay rapper to release an album in New Orleans, did so that same year, and Big Freedia, certainly the most successful one, followed the year after. They were too young to be directly connected to Bobby Marchan, but the local hip-hop and bounce scene that they (and other queer local rappers like Vockah Redu and Sissy Nobby) grew up in and aspired to join was inarguably shaped by him – and by the legacy that he and Patsy Vidalia had created on the city's stages, too. This playlist is all over the place, covering almost 70 years of wildly disparate styles, and is in no way a comprehensive take on the gay music legacy of New Orleans. It's not a sound, but it's a thread – and hopefully one that reveals not only the massive influence of queer art and skill on different generations of popular music here, but also links them. You may want to listen to just one section and not all of it, or listen to the different parts separately. But they couldn't exist without each other.

Bobby Marchan, "There's Something On Your Mind, Parts 1&2"

Allen Toussaint produced and played piano on this dancefloor-driving soul number, one of a string of solo cuts Marchan made for New York record impresario Bobby Robinson's Fire label in the early '60s.

Both Bobby Marchan and James Booker spent time as the frontman of the rollicking rhythm and blues gang, whose named leader preferred to stay out of the main spotlight.

Huey "Piano" Smith & The Clowns, "Don't You Just Know It"

The group took the title of this song from a favorite expression of a young Rudy Ray Moore – later to be Dolemite – who befriended Bobby Marchan, and worked for a stint as the band's driver.

Pat Valdelar, "Keep Your Hand On Your Heart"

Those who were there report that when Patsy Vidalia played this keening R&B ballad for bawdy humor onstage, he put his hand on something further south than his heart.

A typical slice of wild rock and roll piano from the artist born Eskew Reeder.

Esquerita, "Hittin' On Nothing"

From the Norton Records anthology "Vintage Voola," released in 1987, the year after his death. Richard tells his interlocutor: "He got his hairstyle from me, but he taught me how to play piano."

Richard was from Macon, Ga. and Eskew Reeder from North Carolina; the kindred spirits met in the all-night restaurant in the Macon bus station, and later both found musical inspiration in New Orleans.

Dr. John once called Booker "the best black, gay, one-eyed junkie piano genius New Orleans has ever produced." Here, he takes on the New Orleans piano-professor classic, a favorite of Mac Rebennack's (who studied with Booker, as did Harry Connick, Jr.) as well.

James Booker, "Medley: Tico Tico/ Papa Was A Rascal/ So Swell When You're Well"

To all accounts, capturing Booker was like lightning in a bottle: he was mercurial, eccentric, often depressed or high, and especially later in life given over to paranoid visions, not helped by the time he spent in prison. He died after a long fight with substance abuse in 1983, only in his early 40s.

The Bounce, and Beyond

Katey Red was the first openly gay bounce artist to release an album, on the local Take Fo' Records label in 1999. This is still her signature tune, with its joyous, self-affirming shouts and ebullient Jackson 5 sample.

After starting out as a backup performer with Katey Red at the turn of the millennium, Big Freedia has become the most widely known representative of New Orleans bounce, gay or straight, to date; he's toured the world, collaborated with Lizzo, Kesha, RuPaul and Beyoncé, and been the subject of an award-winning reality show. Old-school cuts like "Gin N My System" aren't on Spotify, but these are a few of Freedia's recent productions that show love for the vintage sound.

Vockah Redu, "Hands On Ya Hips"

Sissy Nobby, "Beat It Out The Frame"

Sissy Nobby's raspy voice and often confessional lyrics added a surprisingly emotional layer to the tommy-gun ratatat beats of late-'00s bounce. This one will shake you up.