Accessibility links
Who Is Val Demings? Florida Congresswoman On Biden VP List The Florida congresswoman was Orlando's first female police chief. And now she's outspoken on the need for police reform and her support of ongoing protests. 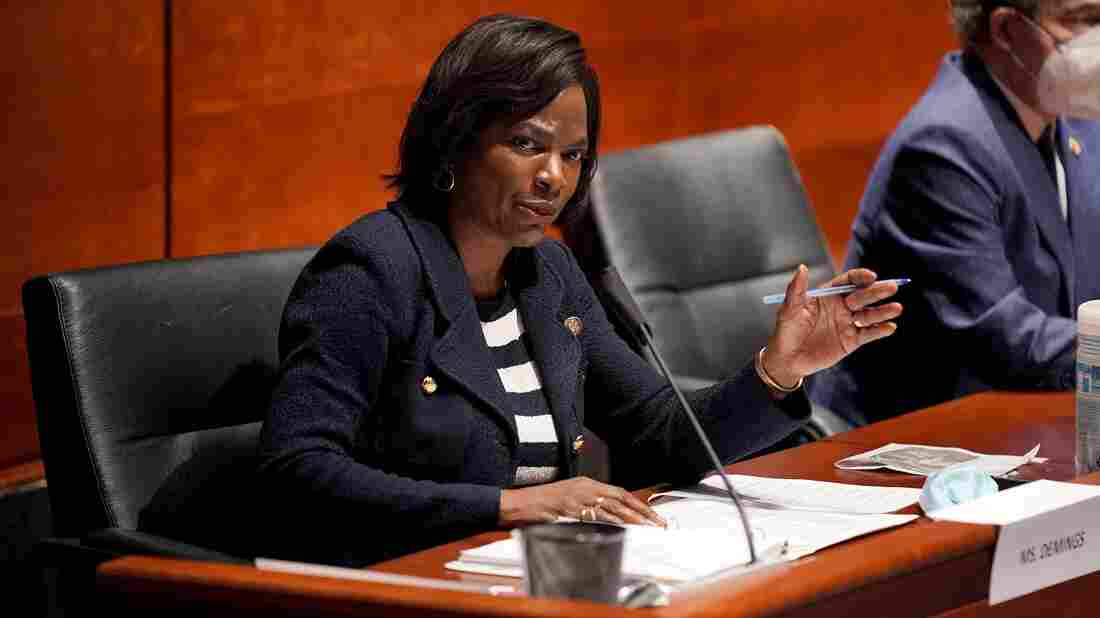 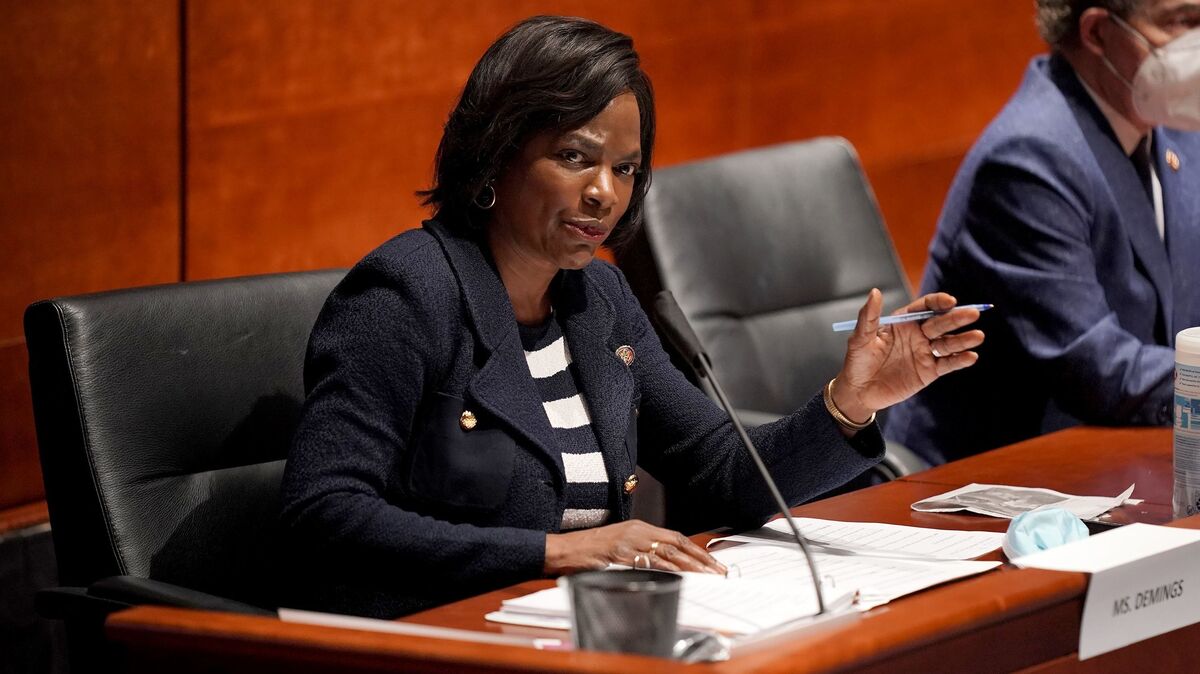 She had a prominent role in President Trump's Senate impeachment trial. Before coming to Congress in 2017, she was the first woman to lead Orlando's police force. And now, with the widespread demonstrations over the deaths of George Floyd and other African Americans at the hands of officers, Demings, a black woman, has been outspoken on the need for police reform and her support of the protesters.

Demings' credentials have landed her on the list of possible vice presidential picks for presumptive Democratic presidential nominee Joe Biden. But in this moment, her law enforcement background also has some questioning her place among the shortlist.

Klobuchar Withdraws From VP Consideration, Says Biden Should Pick A Woman Of Color

Demings grew up in Jacksonville, one of seven kids. Her mother was a maid and her father worked as a janitor.

She was raised in a city where schools and lunch counters were segregated. Demings says she learned about racism early.

"I was called the N-word when I was 4 years old. And I can recall not even really understanding what it meant," she says. "When everybody started laughing and pointing at me, I knew whatever it was, it was not good."

Demings was the first person in her family to graduate from college. She began her career as a social worker but soon moved to law enforcement. She was hired by the Orlando Police Department and was there for 27 years, becoming chief in 2007.

Now as a congresswoman, Demings is one of the dozens of co-sponsors of a police reform bill proposed by House Democrats that would ban the use of chokeholds and many no-knock warrants. It also would limit police immunity from prosecution and set up a national database of police misconduct.

Demings says her career has prepared her for this moment.

"I've been on both sides of this issue, as a social worker and as a law enforcement officer. I've enforced the laws and now I write them," she says. "I think that's pretty good experience to bring to Congress."

As to her possible selection as Biden's running mate, Demings says: "I am willing to serve in any way that I need to."

"She's part of that legacy"

But amid the nationwide protests over police violence, some activists say an ex-police chief sends the wrong message. Jonathan Alingu, co-director of Central Florida Jobs with Justice, says, "I don't think it's the right moment for Congresswoman Demings."

While he has nothing personal against Demings as a possible VP pick, Alingu says her connection with the police department is a problem.

"There are many people that you can talk to within the city that have their qualms with the police department that have never been solved," he says. "She's part of that legacy. That's something she has to answer for."

Demings served as Orlando's police chief for about 3 1/2 years. An investigation by the Orlando Sentinel found that over a four-year period that included some of Demings' tenure, the city's police officers used force in arrests at double the rate of some other agencies, including Tampa's. The investigation found that more than half of the suspects who were subjected to force were black.

"The police department has been like every other police department we're talking about in the United States of America — over-policing the African American community," says Jerry Girley, a civil rights attorney in Orlando.

One of Demings' biggest embarrassments as police chief came when someone stole her 9 mm handgun from her unlocked car. It was never recovered.

Also during her tenure, the department was sued in 2011 after an officer broke the neck of an 84-year-old man who was thrown to the ground. Demings determined the takedown was within department guidelines, but a jury awarded him $880,000 in damages. Demings later ordered a review of the use-of-force policy, and the attorney who represented the 84-year-old victim praised Demings.

Demings also worked as chief to improve the department's process for hiring, training and monitoring officers in the field.

"I instituted what we called an early warning system," she says, "which gave us a better way of tracking officers who were possibly exhibiting behavior that caused us concern. We would pull them out of assignments, send them to counseling if they needed it, reassign them, give them additional training."

Girley says that although he's been critical of the Orlando Police Department, one thing he and others in the black community appreciated about Demings is that she was always open and willing to listen. "You're never going to get everything you want, everything you would like," he says. "But they did have the sense that she was trying to be fair."

Demings believes the activists and demonstrators taking to the streets now will play a key role in the fall election. "If there's any chance to really have meaningful police reform," she says, "it all culminates at the ballot box."