Accessibility links
Opinion: Remembering The LGBT 'Aunts' And 'Uncles' Who Helped Raise Me Scott Simon reflects on the LGBTQ people who helped raise him, who would have benefited from the Supreme Court's landmark ruling in an employment discrimination case this week. 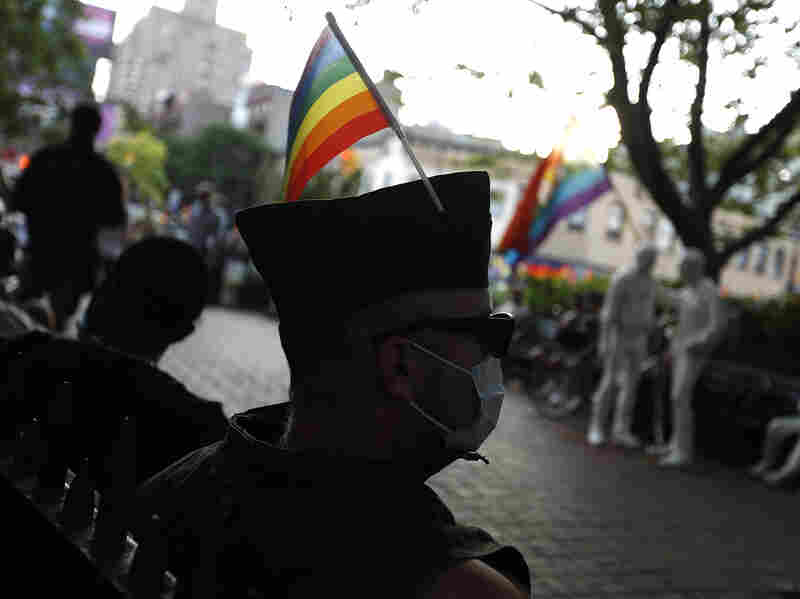 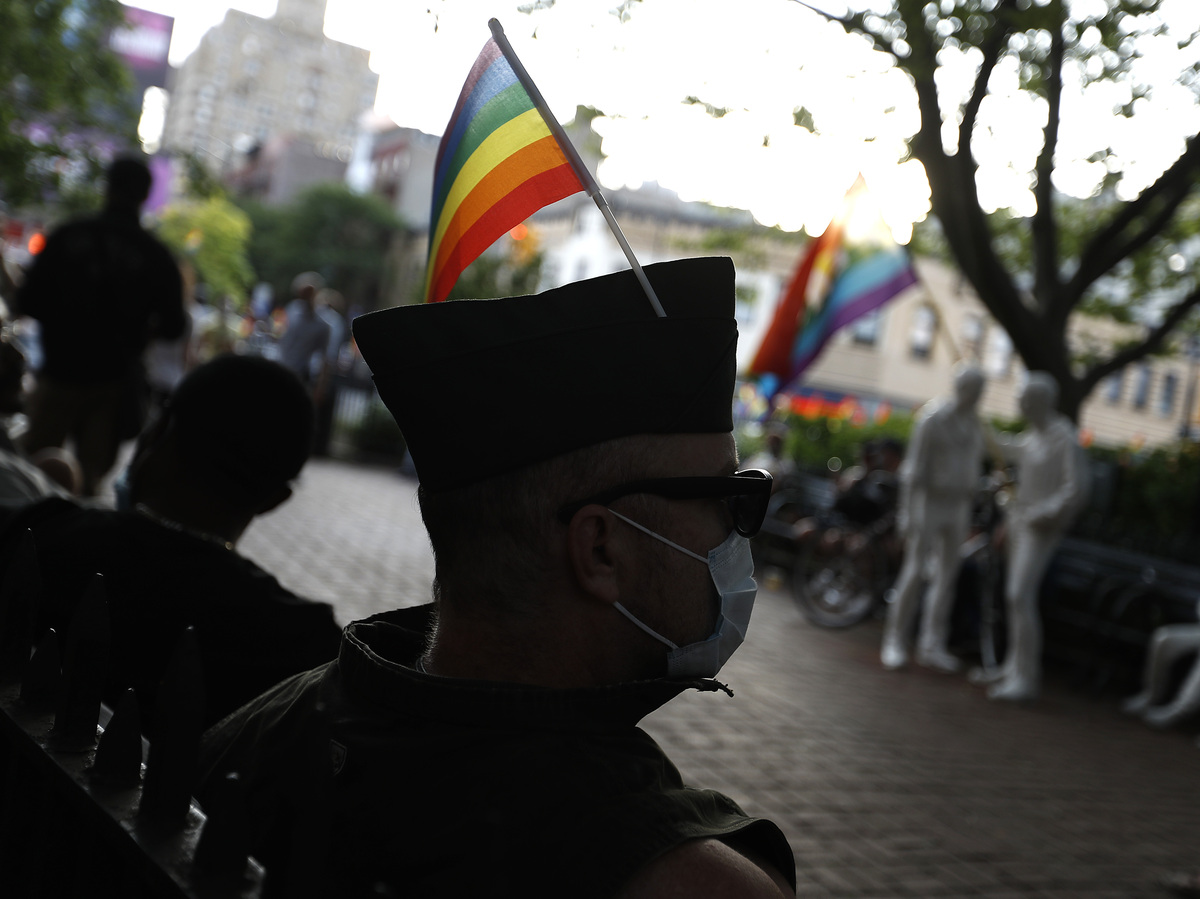 People gather at the historic Stonewall Inn to celebrate the LGBTQ Supreme Court victory on June 15, 2020.

A man I called Uncle Jim showed me how to tie a tie. The day I was going to graduate from 8th grade, he saw me in a white shirt with a yellow clip-on bow tie, shook his head, and went to his apartment to bring back one of his own dark blue neckties. Jim showed me how to pull together a Windsor knot, which I tie to this day.

My mother worked in a department store with Jim and several men and women I called aunts and uncles, who would come over after work every few weeks, sip wine, smoke cigarettes, and laugh about the day, while I did homework and enjoyed the happy buzz of their jokes and gossip.

And occasionally, someone in the group would cry, as they recounted some hurt I was too young to understand.

Uncle Jim worked in men's furnishings. Uncle Gene, who smoked a pipe, was a window designer. When I had to draw a map for class of what the world looked like to Magellan and Vasco de Gama, Gene showed me how to dapple it with drips of tea, to make my map look like old parchment. Uncle Leo was a floorwalker in the store, and showed me how to shine shoes, saying, "Clean before you shine. You can't shine dirt," advice I now think of as wise for life, too.

Jim, Gene, and Leo had all come to Chicago from small towns in the Midwest and south. Now and then, they'd mention they had spoken with their mother, or a cousin, on the phone. But they didn't seem to go back home for even a visit. They usually joined our family holiday dinners, and to watch The Wizard of Oz or World Series over take-out chow-mein, or listen to Nat King Cole and Peggy Lee.

As I grew older, I began to understand that some of my mother's friends I called uncle or auntie felt they had to keep a lot of their lives to themselves. Not secret, so much as quiet. What I did not understand, of course, was the fear and loneliness with which so many gay men and women lived, before the Pride movement, rainbow flags, and marriage equality, when they worried whispers could lose them work they loved.

This week, when the Supreme Court ruled that the 1964 Civil Rights acts protects gay, lesbian, and transgender employees from discrimination, I thought of some of those men and women who stepped into my life when my father was absent, out of work, and consumed by his troubles. This Father's Day weekend, I think of how those people I called aunts and uncles opened their hearts, shared their grownup skills, and showed me how lives are tied together.