Accessibility links
Trump Fires Geoffrey Berman, U.S. Attorney Who Prosecuted His Allies, Barr Says The attorney general said Trump removed Geoffrey Berman as the U.S. attorney for the Southern District of New York. But the president quickly sought to distance himself from the decision. 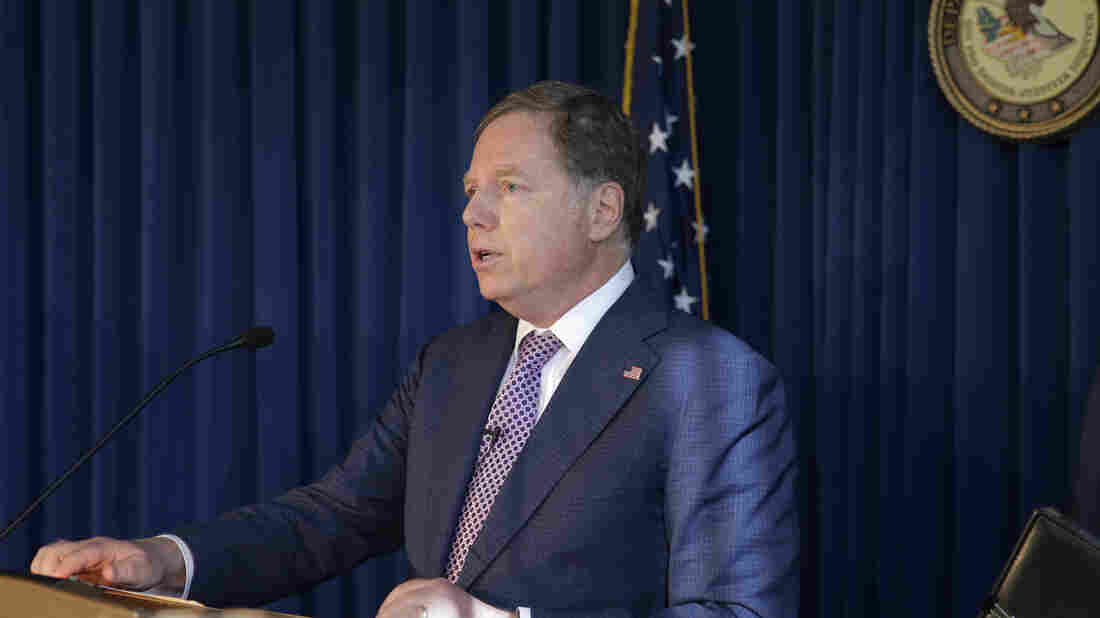 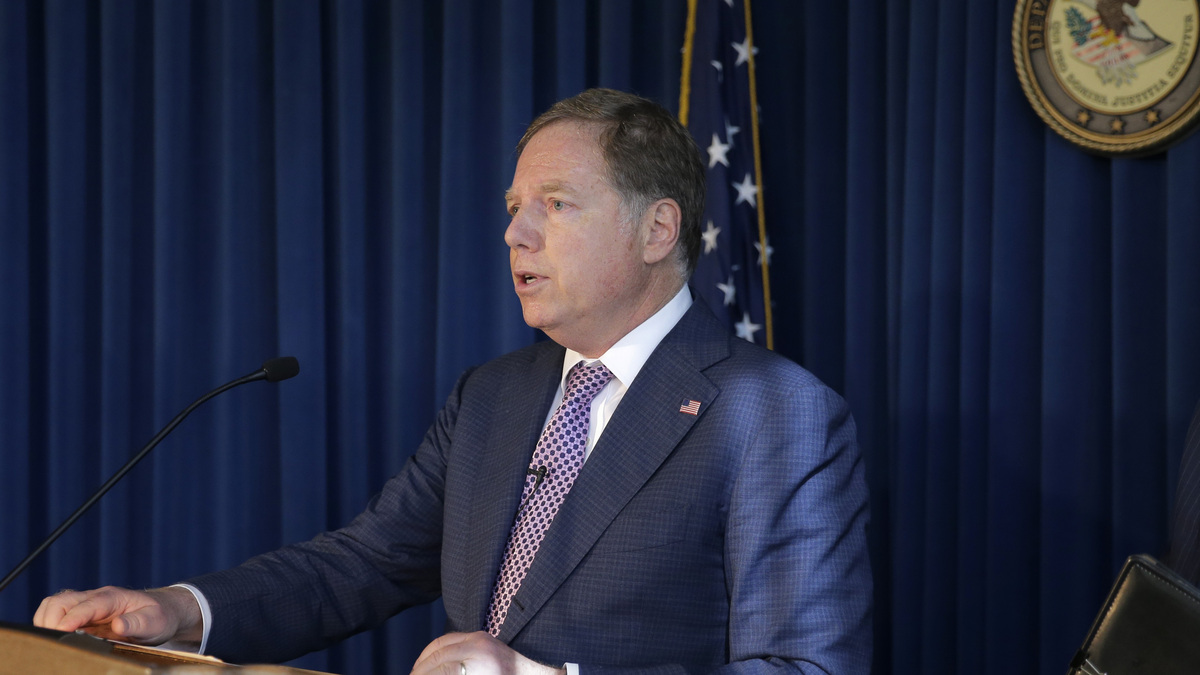 President Trump has removed Geoffrey Berman, the U.S. attorney for the Southern District of New York, from office, ending the tenure of a top Justice Department official whose office has overseen the prosecutions of several of the president's associates.

Attorney General William Barr announced the termination Saturday, less than a day after initially suggesting that Berman was resigning — only to be contradicted by Berman himself.

"Unfortunately, with your statement of last night, you have chosen public spectacle over public service," Barr said in a letter to Berman Saturday. "Because you have declared that you have no intention of resigning, I have asked the President to remove you as of today, and he has done so."

By Saturday evening, Berman confirmed that he would indeed step down, effective immediately, and allow for Deputy U.S. Attorney Audrey Strauss to become acting U.S. attorney.

Despite Barr invoking his name, President Trump attempted to distance himself from the firing.

"Attorney General Barr is working on that. That's his department, not my department," Trump told reporters as he was leaving the White House for a campaign rally in Tulsa, Okla. "But we have a very capable attorney general. So that's really up to him. I'm not involved."

Berman's eventual agreement to leave his post ended a nearly day-long showdown between Barr and the prosecutor. Berman's removal also prompted action from the head of the House Judiciary Committee.

On Saturday, chairman Jerry Nadler, D-N.Y., announced his intention to investigate Berman's removal as well as a hearing for Wednesday where two whistleblowers will testify against Barr.

"The whole thing smacks of corruption and incompetence, which is what we have come to expect from this President and his Attorney General," Nadler said in a statement.

The standoff began late Friday night, when the attorney general released a statement saying that Berman was "stepping down." In the announcement, he said that the president would be nominating Jay Clayton, chairman of the Securities and Exchange Commission, to succeed Berman.

"I learned in a press release from the Attorney General tonight that I was 'stepping down' as United States Attorney," said Berman, who spearheaded the prosecution of Trump's former personal attorney Michael Cohen and brought the grand jury indictment against associates of the president's current personal attorney Rudy Giuliani.

"I have not resigned, and have no intention of resigning, my position, to which I was appointed by the Judges of the United States District Court for the Southern District of New York," he said. "I will step down when a presidentially appointed nominee is confirmed by the Senate. Until then, our investigations will move forward without delay or interruption."

Under Berman's watch, Cohen ultimately pleaded guilty to financial crimes, lying to Congress and campaign finance crimes. Under oath, Cohen implicated Trump in payments made to two women ahead of the 2016 elections to keep them quiet about affairs they said they had with Trump.

Berman also issued a grand jury indictment against Lev Parnas and Igor Fruman, two Giuliani associates. The two have pleaded not guilty to setting up a shell company to hide the foreign sourcing of a $325,000 donation to a superPAC committed to Trump's reelection. The two also allegedly helped Giuliani in efforts to dig up dirt on former Vice President Joe Biden and his son Hunter in Ukraine.

And Berman's office has investigated the business dealings of Giuliani himself, but no charges have been brought against him.

"This is clearly a political takeover of the historically independent Southern District of New York," Elie Honig, a former assistant U.S. attorney for the district, said in an interview with NPR's Weekend Edition before Berman's formal firing.

"When you look at the timing of this — the fact that it was announced late on a Friday night, the fact that the attorney general immediately was caught in a misleading statement when he said the U.S. attorney is stepping down ... and you look at all the important pending cases in the SDNY right now, the only logical conclusion to me is that this is a political move."

Honig said that if the Trump administration wishes to proceed without Senate confirmation for Berman's replacement, it's likely to end up in the courts.

During Berman's tenure, the SDNY has also taken on other high-profile cases, including the prosecution of multimillionaire Jeffrey Epstein on federal sex trafficking charges. Berman later charged two corrections officers who were supposed to guard Epstein with dereliction of their duties after Epstein's apparent suicide in his cell at the Metropolitan Correctional Center.

Berman praised his acting successor in his statement Saturday evening: "It has been the honor of a lifetime to serve as this District's U.S. Attorney and a custodian of its proud legacy, but I could leave the District in no better hands than Audrey's."