Accessibility links
Authorities In U.K. Will Investigate English Park Stabbing As A Terrorist Incident A 25-year-old man stabbed several park-goers with a knife, killing three of them. The U.K.'s Counter Terrorism Policing unit has declared it a terrorist incident and is taking over the investigation.

Authorities In U.K. Will Investigate English Park Stabbing As A Terrorist Incident

Authorities In U.K. Will Investigate English Park Stabbing As A Terrorist Incident 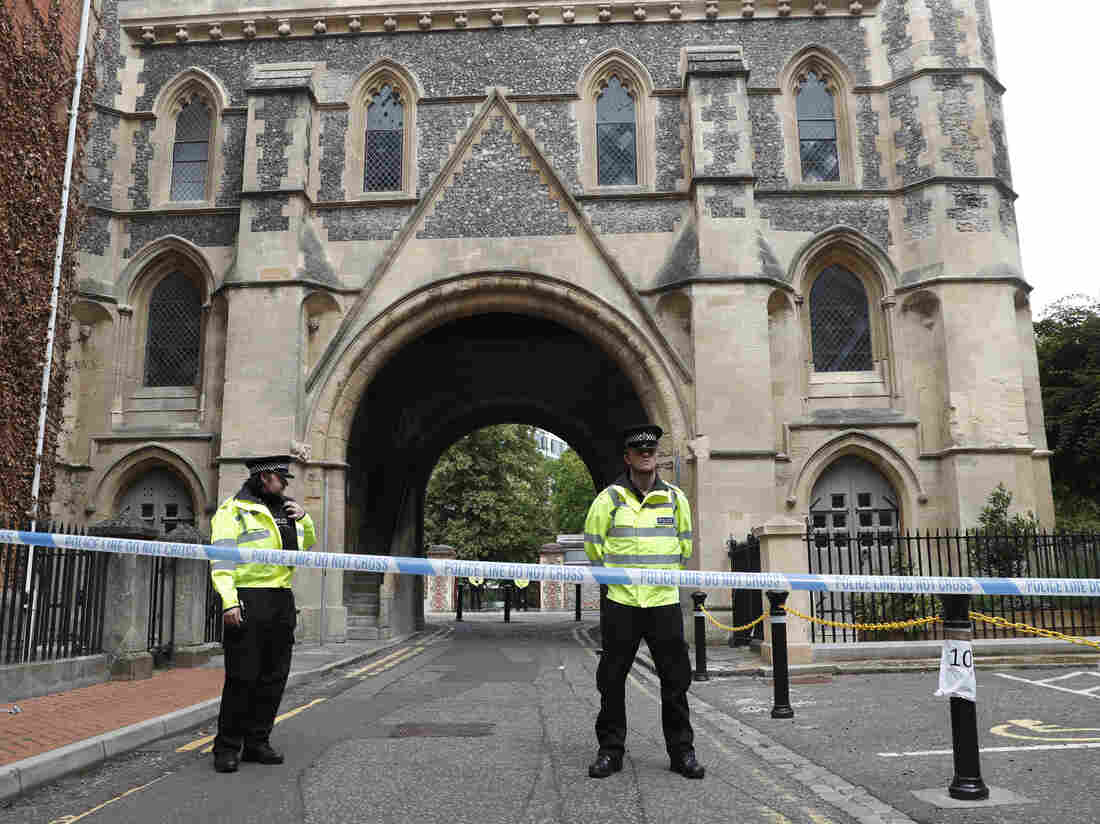 Forbury Gardens in Reading, England was the site of a stabbing attack on the evening of June 20. Police officials have formally declared it a terrorist incident. Alastair Grant/AP hide caption 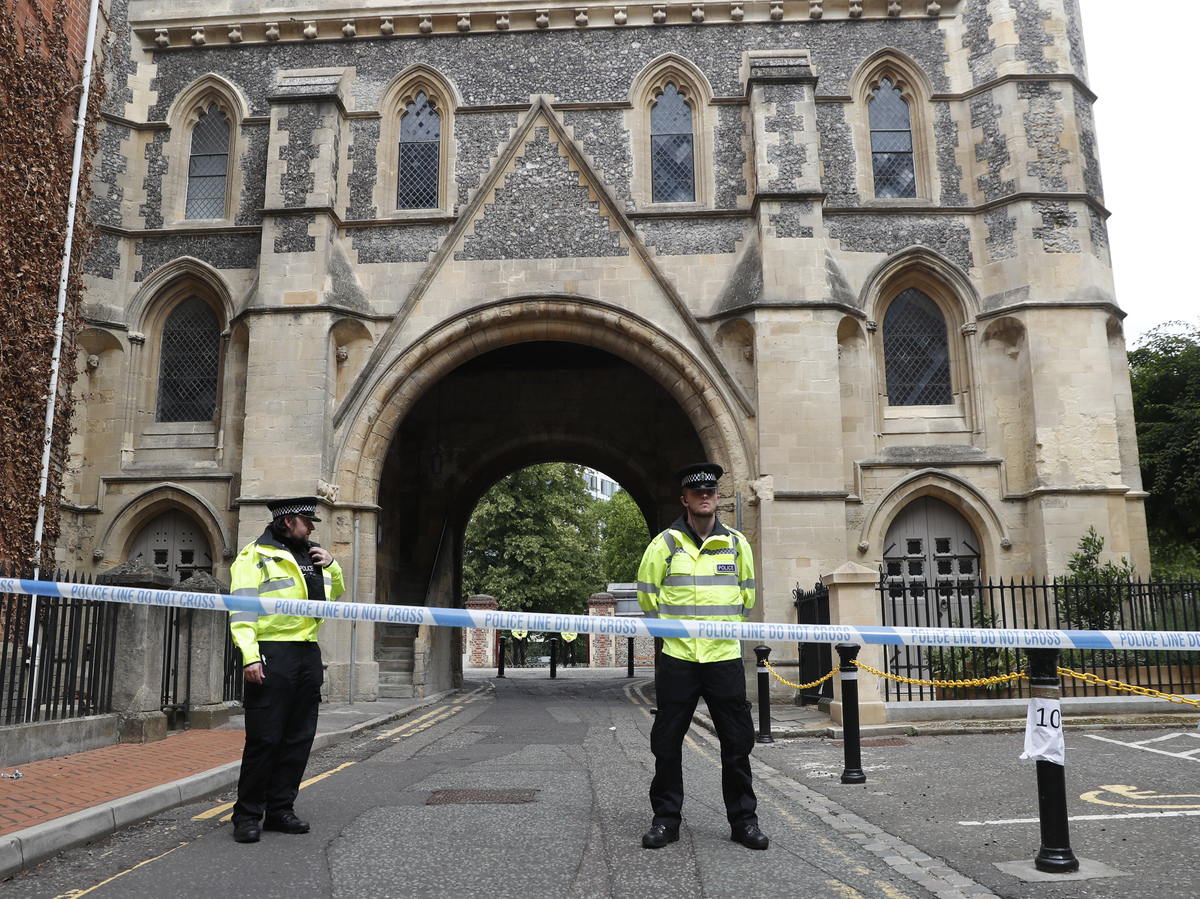 Forbury Gardens in Reading, England was the site of a stabbing attack on the evening of June 20. Police officials have formally declared it a terrorist incident.

A stabbing in an English park that killed three people and injured several others on Saturday is being investigated as a terrorist incident, authorities in the U.K. announced on Sunday.

The attack took place in Forbury Gardens, a public park in the town of Reading, England, about 40 miles west of London. According to the Thames Valley Police, a man attacked park-goers with a knife around 7 p.m., leaving three people dead and three with "serious injuries." Officers detained a 25-year-old man from Reading on the scene and arrested him for suspicion of murder.

In a statement released Sunday, Head of Counter Terrorism Policing Neil Basu said the individual remains in custody and is thought to have acted alone. Security sources told the BBC the man is thought to be a Libyan national.

"From our enquiries undertaken so far, officers have found nothing to suggest that there were any other people involved in the attack, and presently, we are not looking for anyone else in relation to this incident," Basu said.

He added that the stabbing was unrelated to a peaceful Black Lives Matter protest that had taken place in the park earlier that day and concluded hours before the attack.

One eyewitness, Lawrence Wort, told the BBC that groups of people were drinking and enjoying the park when a man suddenly started shouting and darting around a circle of about eight to 10 people. Wort said he saw him stab several people with a "massive" knife, which he estimated to have been at least five inches long. As people started screaming and running away, he said, the attacker stabbed at least one more person in a different cluster.

"Incidents of this nature are very rare, though I know that will be of little comfort to those involved and understand the concern that this incident will have caused amongst our local community," said John Campbell, the chief constable of the Thames Valley Police.

National leaders also reacted swiftly to the attack. Prime Minister Boris Johnson said he was "appalled and sickened" by the incident, and thanked local police for bravely "tackling" the suspect.

I’m appalled and sickened that people should lose their lives in this way. Our thoughts are with the families and friends of the victims.

Thank you to Thames Valley Police for their bravery in tackling the suspect. pic.twitter.com/BWgyODoIWM

"My heart, prayers and thoughts are with all of those affected and to the people of Reading who will be deeply shocked and concerned by this terrible incident," said Home Secretary Priti Patel.

Counterterrorism officials are encouraging members of the public who witnessed the attack or have other pertinent information to contact the police, and to refrain from sharing any images or videos of the attack on social media.

While the United Kingdom has weathered a series of terror attacks over the last several years, the location of Saturday's attack was unusual, as most attackers have targeted locations in London for political symbolism and maximum publicity.

Police Treating Stabbing Of 3 At U.K. Train Station As Terrorism

According to M15, the national threat level to the U.K. from terrorism remains designated as "substantial." Within the security agency's five-level classification system indicating the likelihood of a terrorist attack, "substantial" falls squarely in the middle.

Frank Langfitt contributed to this report.