Accessibility links
Permanent Work From Home Is Coming. Businesses, Workers See Benefits After three months with much of the country working from home, many employers and their workers say the benefits of remote work — cost savings and a more relaxed atmosphere — outweigh the drawbacks. 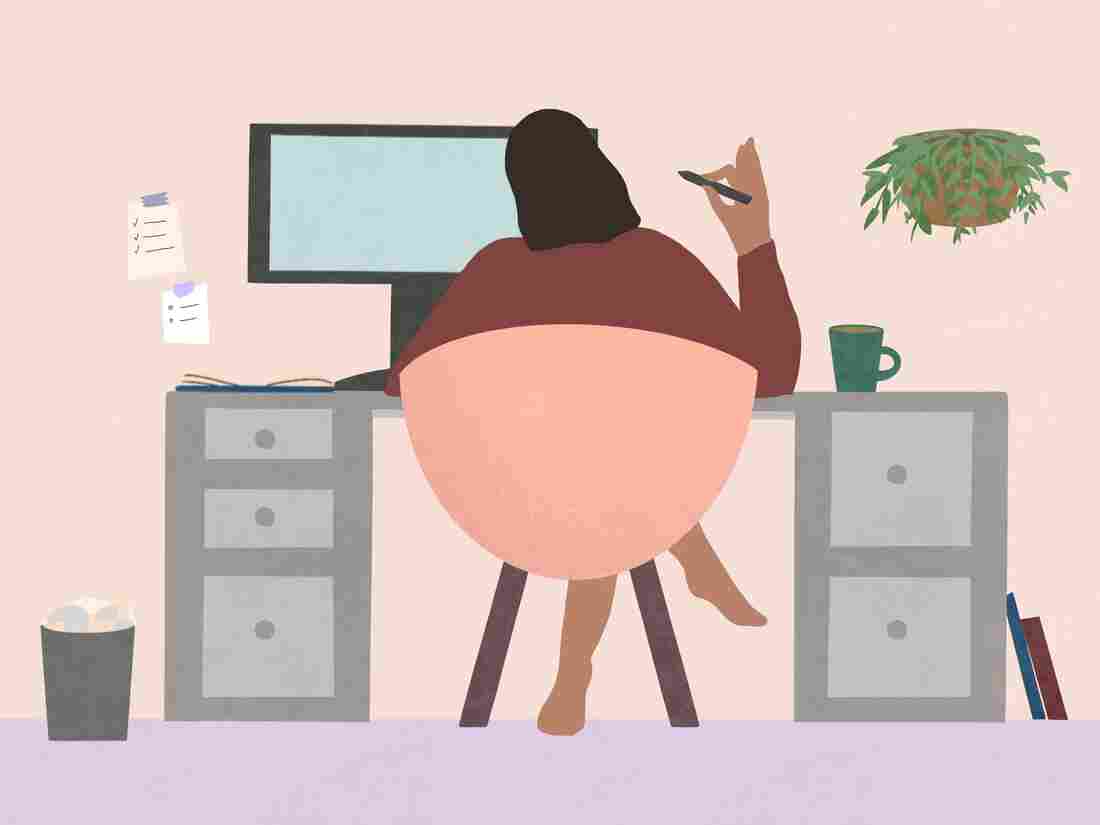 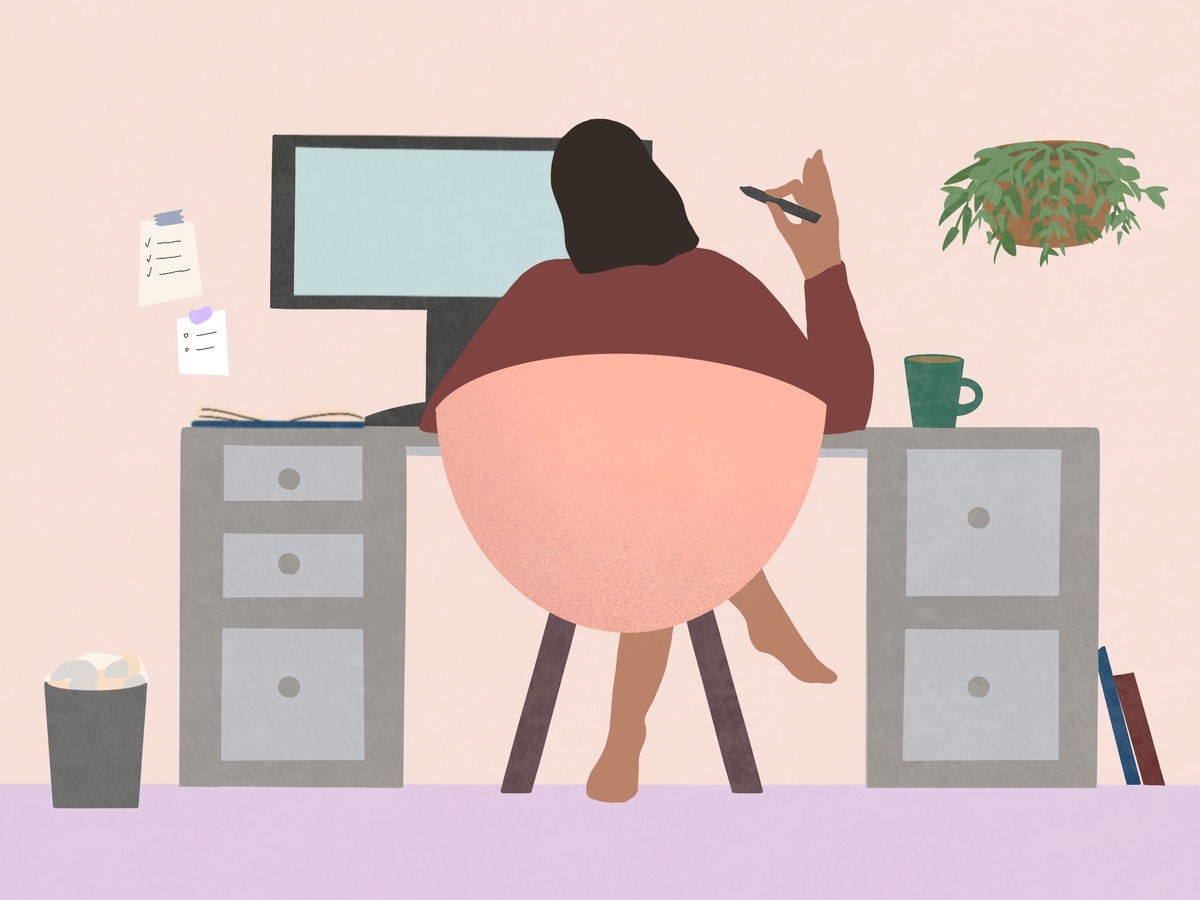 Indefinite. Or even permanent. These are words companies are using about their employees working from home.

It's three months into a huge, unplanned social experiment that suddenly transported the white-collar workplace from cubicles and offices to kitchens and spare bedrooms. And many employers now say the benefits of remote work outweigh the drawbacks.

Tech companies Twitter and Facebook captured headlines with announcements about permanent work from home. But the news from a 94-year-old company based in the heartland — Columbus, Ohio — may have been even more significant. Nationwide Insurance is shutting five regional offices since remote work has gone off so smoothly during the pandemic. And thousands of employees will permanently ditch their commutes for home offices.

Nationwide CEO Kirt Walker says it's been a popular decision at the company. "Overwhelming. Hundreds of emails and cards and letters and phone calls. 'Thank you for doing this.' So I think we got it right," he says.

It's all about the money

Saving money is always an attractive proposition for businesses, especially these days. And that's likely to drive the shift to remote work, according to Kate Lister, who consults with companies on the future of work as president of Global Workplace Analytics.

"Going into a recession, an economic downturn, those CEOs are laying awake at night thinking of all those buildings that they're heating ... productivity is continuing without being at the office. And saying, 'Wow, I think we could use for a change here.' "

One potential change: Demand for commercial real estate falls due to the growth of remote work and the realities of a painful economic downturn. For example, 90% of the 60,000 employees at investment bank Morgan Stanley have been working remotely during the pandemic. Lesson learned, according to Morgan Stanley CEO James Gorman.

"I think, yes, we will have less footprint," Gorman told Bloomberg Television, referring to office space. "I think that's highly likely. We've proven we can operate with effectively no footprint."

Other major companies, such as the investment bank Barclays and Oreo-maker Mondelez International also expect to use less real estate as more employees work from home. Nationwide says costs will be significantly lower with so many employees working from home instead of offices, and it intends to return the savings to customers in lower premiums.

According to Global Workplace Analytics, "a typical employer can save about $11,000 year for every person who works remotely half of the time." And workers can bank between $2,500 and $4,000 a year working remotely half time.

But remote work all the time isn't popular with either bosses or workers.

Gorman says he wouldn't want Morgan Stanley's employees working from home exclusively. And that seems to be the prevalent view for both management and employees. A Global Workplace Analytics survey says the sweet spot for workers is splitting the week between home and office.

"If I were to have it my way, I would probably work from home three days and go into the office two," says Matthew Shultz, a plumbing designer who lives in Fort Worth, Texas. Normally he drives an hour each day to get to an office in Dallas. But these days he pads over to a guest bedroom at home and fires up his computer.

"You know I'm sitting here wearing shorts and a T-shirt, and I've got my two cats just running around all through the house," he says. "It's kind of weird, but at the same time it's more comfortable. And I feel like I'm a lot more relaxed here than I am in in the office."

Shultz says he gets at least as much done from home as in the office. That reflects the Global Workplace Analytics survey showing 77% of workers say they're fully productive at home. And managers are largely satisfied with their work performance.

"The biggest holdback against remote work for the past 20 years has been middle managers who didn't trust their employees to do it," Lister says. "And the biggest difference between managers who support it and those who don't is those who have done it." Now that the results are in from the grand experiment, Lister says she expects much of that resistance to melt away.

These assessments are significant because telecommuting has become so prevalent during the pandemic. Estimates of workers doing their jobs from home range from about a third to nearly half.

That would include people such as Raul Maestri, a mortgage underwriter from Miami who was telecommuting even before the pandemic. When offered a position working from home in 2016, Maestri was initially skeptical. "I spent 20-plus years in the corporate environment, going to the office," he says.

But now he's a dedicated fan. Maestri says he misses the banter with colleagues and the hum of activity at the office but says there are just so many advantages to working from home, from saving money on gas and dry cleaning to his emotional state of mind.

More Lysol, No More Pens In Rooms. Hotels Adapt To Win Back Guests

Silence is an issue

Now the caveats. About half of working Americans can't do their work remotely. Not even during a dangerous pandemic. And for those workers who can do their jobs from home, there are potential downsides.

Judith Olson is a professor of informatics at the University of California, Irvine who has been studying what she calls "distance work" for about 30 years. She has some warnings. Collaboration with colleagues can suffer. You can feel lonely and isolated. "The hardest thing for somebody to deal with long distance is silence," she says.

It's easy to feel like you have disappeared from the heart of the company, Olson says, missing out on the casual chats and the important decisions. "Basically blind and invisible. So you have to take all kinds of extra effort to make sure that you coordinate well with the people that you're working with."

And Olson has one other piece of advice for remote workers: Make sure you've got an ergonomic chair for your home office. You don't want to throw out your back.

Judith Olson's area of research is distance work. In a previous version of this story, we said it was distance learning.