Accessibility links
John Bolton's Big Paycheck For His Book May Be In Jeopardy Bolton was reportedly paid a $2 million advance for the book, and could receive even more in royalties. But a judge says Bolton made a risky bet by publishing it without government approval. 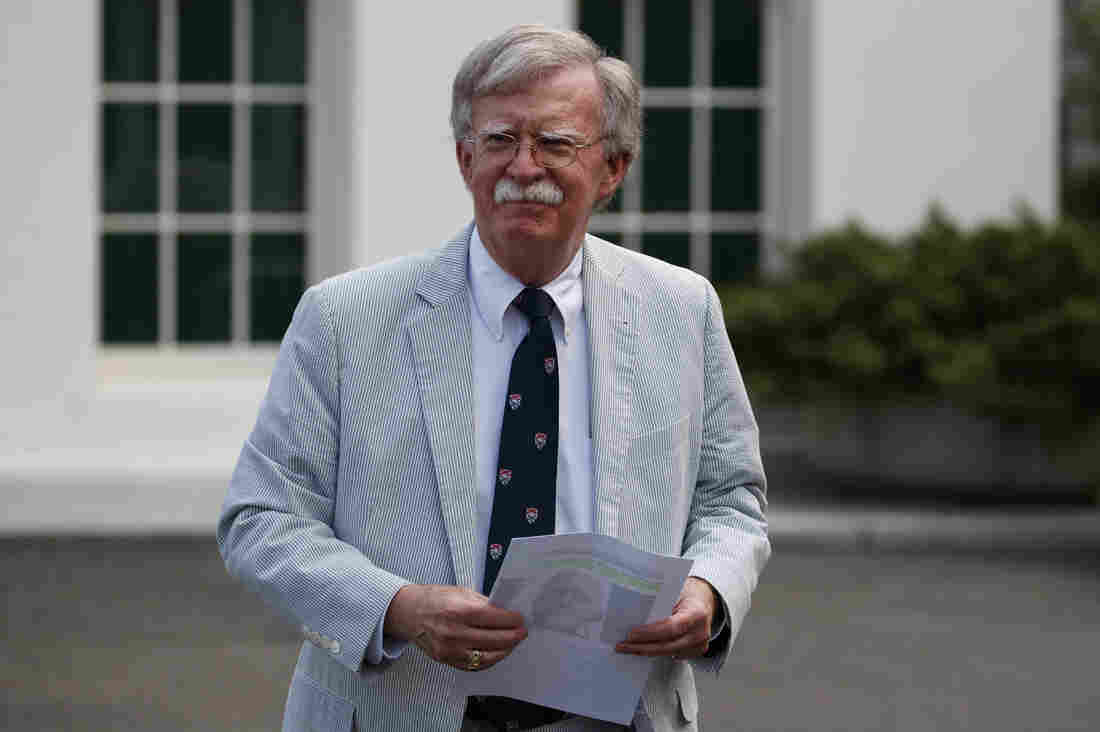 Then-national security adviser John Bolton at the White House in July 2019. Bolton received a reported $2 million advance for his book about his time in the Trump administration, but a judge has raised the possibility that he may not be able to keep it. Carolyn Kaster/AP hide caption 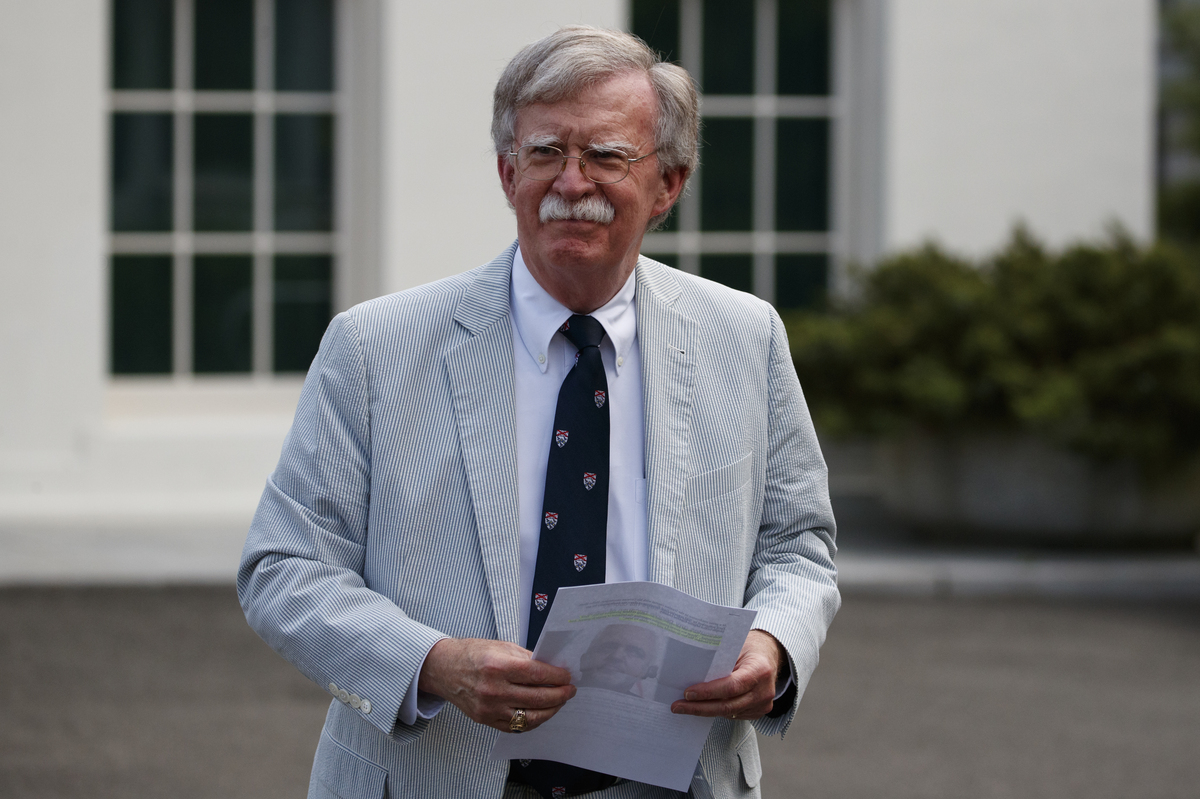 Then-national security adviser John Bolton at the White House in July 2019. Bolton received a reported $2 million advance for his book about his time in the Trump administration, but a judge has raised the possibility that he may not be able to keep it.

John Bolton reportedly received a $2 million advance for his tell-all book about his time as President Trump's national security adviser, and if it sells well, additional royalties could follow.

But a judge's ruling has raised questions about whether Bolton will be allowed to keep the money for his work titled The Room Where It Happened.

U.S. District Judge Royce Lamberth on Saturday rejected the Trump administration's attempt to block the formal publication of the book on Tuesday. He noted that news organizations already had copies, hundreds of thousands were at warehouses about to be shipped, and Bolton was giving interviews.

But the judge also wrote that Bolton was publishing without receiving an official letter from the government saying the book does not contain classified information. Former national security officials such as Bolton are required to submit manuscripts to their former agency in advance of publication so the government can review them for classified material, which would have to be deleted.

"This was Bolton's bet: If he is right and the book does not contain classified information, he keeps the upside mentioned above; but if he is wrong, he stands to lose his profits from the book deal, exposes himself to criminal liability, and imperils national security," the judge wrote.

The battle between Bolton and the Trump administration offers a window into the mysterious process involving former national security officials who write about their time in sensitive positions.

A long history
These fights date back decades. Stansfield Turner, the CIA director under President Jimmy Carter in the 1970s, complained that it took two years to get approval for his book about his time as head of the spy agency.

This issue is cropping up even more frequently in the post-Sept. 11 era, with former national security officials, CIA officers and military members writing books and op-eds, and appearing on TV more often than ever before.

Sometimes the process works with no apparent drama. Jim Mattis, the first defense secretary in the Trump administration, wrote a book last year that focused mostly on his military career and America's wars over the past two decades. He didn't criticize Trump in the book (though he did so earlier this month), and there were no signs of any delays in publication.

Then there's former Navy SEAL Matt Bissonnette, who wrote No Easy Day, a 2012 book about his role in the raid that killed al-Qaida leader Osama bin Laden a year earlier.

The book was an instant bestseller, and Bissonnette made a fortune — but he didn't submit a manuscript to the military for clearance. The government sued Bissonnette, and in 2016 he agreed to forfeit the $6.8 million he earned from the book and related speeches.

In Bolton's case, he sent his manuscript to the National Security Council in December, three months after he resigned as national security adviser. The NSC review process included multiple face-to-face sessions with Bolton, who took detailed notes and made requested changes, according to his lawyer.

The agency is supposed to limit its review to a search for classified information, and cannot order the removal of material just because it is embarrassing or contains opinions the agency doesn't like.

Bolton thought the process was completed by the end of April, and expected to receive the green light. But the NSC apparently launched a second review, and no approval letter has been forthcoming.

Washington attorney Mark Zaid is not involved with the Bolton case but has represented dozens of clients who've written about their work in national security. He said government agencies and the military often drag their feet to delay publication. Still, he said, an author cannot legally publish without that government approval letter.

"That's your golden ticket, your Willy Wonka golden ticket to get out of jail. And Bolton doesn't have it," Zaid said.

Bolton faces two potential risks, Zaid added. If the government says the book contains classified information, it could file criminal charges against him, though Zaid considers that scenario highly unlikely.

The government has a much stronger case, he said, if it attempts to force Bolton to return the money.