Accessibility links
The Best New Artists Of 2020 (So Far) : All Songs Considered There are way more new artists with stunning debuts this year than we could ever fit on a single show. But on this week's All Songs Considered, we share some of the standouts of 2020 (so far).

Keep up with the latest from NPR Music by signing up for our newsletter at npr.org/musicnewsletter. We only send it out once a week and it's a great way to stay in touch. 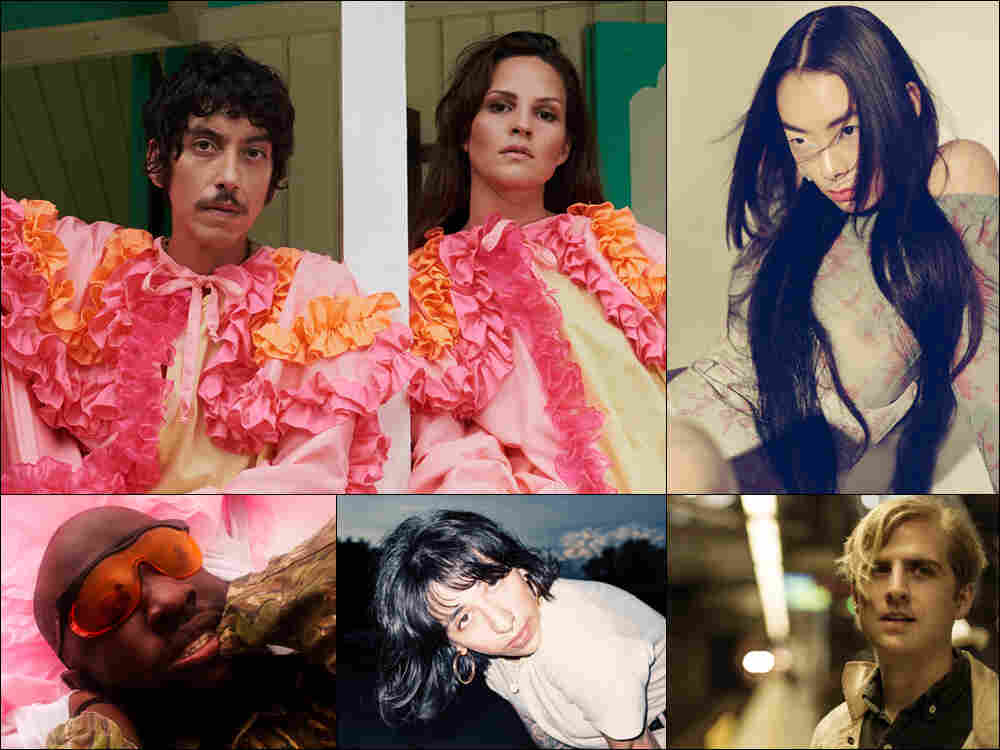 This just in: Robin Hilton and I are back together for our annual celebration of the best new artists of the year (so far). We'll define "new" as an artist who released their full-length debut album or their very first songs or EP in the first half of 2020.

We wound up with a list that encompasses legendary artists with new projects: Coriky, a band from the D.C. area, includes members of Fugazi and The Evens; A young British singer, Eve Owen works with The National's Aaron Dessner on her debut, and Christian Lee Hutson's first album on Anti Records was produced by Phoebe Bridgers.

We also hear from artists who have played their hearts out for the past few years — artists we've witnessed at music festivals such as SXSW and AMERICANAFEST, including THICK and Katie Pruitt. We also highlight artists that were complete unknowns to us before this year unfolded, including South Africa's Asher Gamedze and, from Uganda via London, the singer Jonah Mutono. From Japan via London, we also hear the genre-defying sounds of Rina Sawayama and, from Chicago, the beautiful voice of Tenci.

Thanks to all for all the suggestions via @allsongs on Twitter and Facebook. It's so good to know that there's still so much creativity out in the world. — Bob Boilen

4. THICK: "Mansplain" from 5 Years Behind

5. Katie Pruitt: "Grace Has a Gun" from Expectations