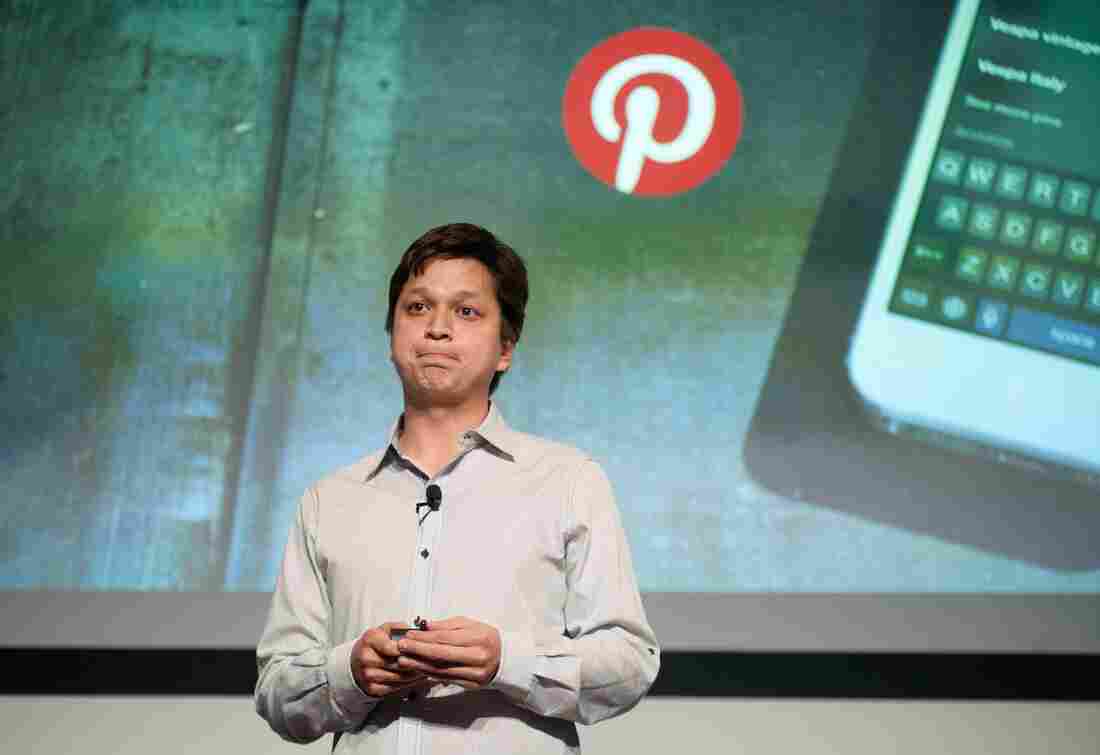 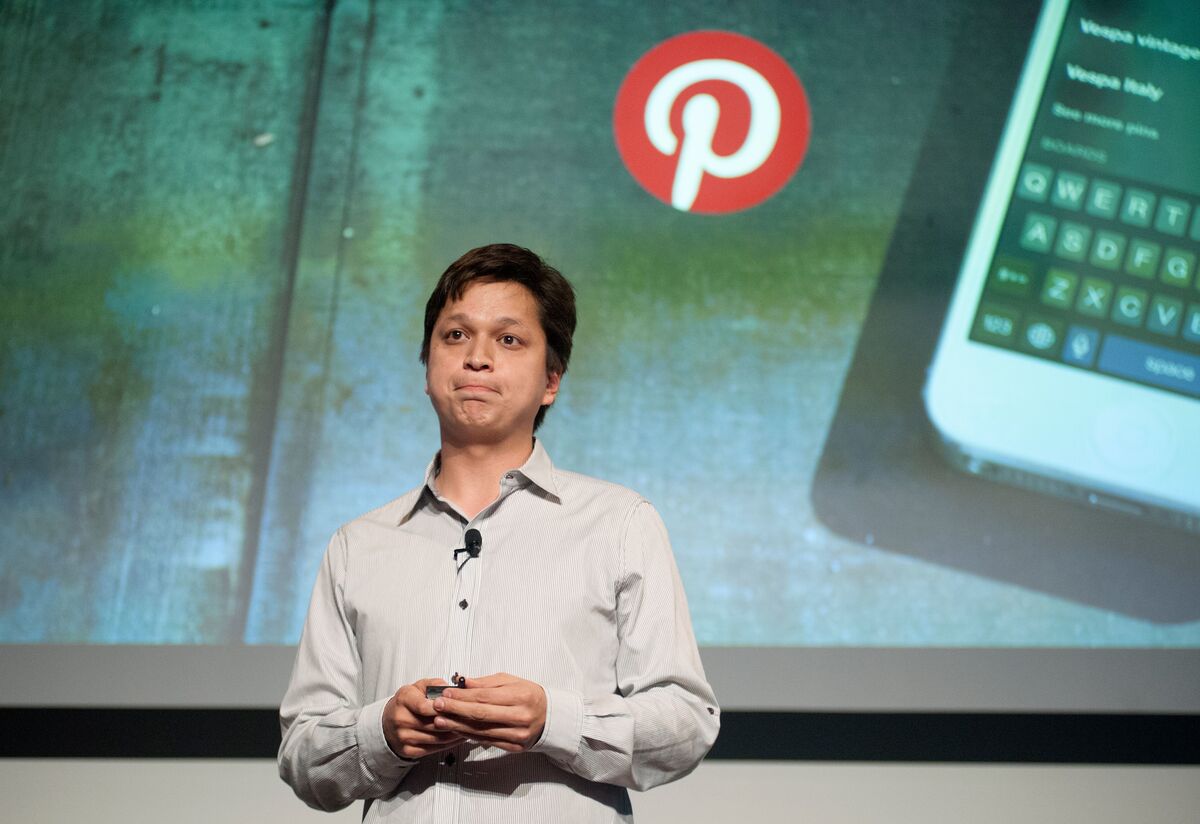 After a week of deflecting criticism from two former Black employees about their experiences working for Pinterest, the Silicon Valley company is taking a new, apologetic stance.

It comes after the former employees blasted Pinterest in tweets that claimed the social media firm had discriminated against them and was insensitive to its Black workers, even as it professed to support Black Lives Matter. Both women have left the company.

"We never want anyone to feel the way Ifeoma [Ozoma] and Aerica [Shimizu Banks] did while they were working at Pinterest," a spokesman wrote in a statement. "We're committed to immediately taking the actions that we've outlined to our employees and we are actively pursuing this work."

Initially, Pinterest issued a statement saying, "We're confident both employees were treated fairly." Now it confirms that CEO Ben Silbermann sent an email to employees saying the company needs to do better.

In the email, first reported by Bloomberg, Silbermann said he has learned in the past few weeks that "parts of our culture are broken" and added, "I'm truly sorry for letting you down." He also outlined a list of steps the company will take, including boosting diverse representation at senior levels and improving understanding and awareness of racism and bias.

Many people consider San Francisco-based Pinterest to be one of the friendlier tech places to work, and that's what initially drew Ozoma to become public policy and social impact manager there in July of 2018, from her previous job at Facebook.

"I thought, 'This is a company that believes in diversity, or at least says it does,' " she said. But less than a year later, Ozoma raised concerns about being underpaid for the level of work she was performing there.

"I wasn't being paid fairly, and according to the company's own chart," she said. But "I was still the public face of the all of the work that was being used to prop the company up as a responsible tech company in a sea of irresponsible ones."

In recent weeks, companies across America have gone all out in declaring their corporate ally-ship with Black Lives Matter. Silicon Valley companies have done the same, but it's generated public backlash from current and former Black employees. Ozoma's tweet thread last week went viral.

I shouldn’t have to share this story in the year of our Lord, 2020 - but here we are. I’m an alum of Yale, Google, FB, in the WaPo Tech 202 Network, etc…and recently decided to leave @Pinterest, which just declared ‘solidarity with BLM.’ What a joke. 🙃1/#BelieveBlackWomen

Ozoma said that at Pinterest, she led a number of initiatives she felt really good about, like taking down misinformation about vaccines on Pinterest. She said she also got the platform to end its promotions of slave plantations as wedding venues — although she later took heat in her performance review and was told it was because she hadn't also presented the arguments in favor of keeping the practice.

"I should have come up with the pros for promoting slave plantations. Like, to this day, I think about that, and the fact that it was put in writing — in a performance review that then impacted my pay," Ozoma said. "Even though externally, the company really took advantage of the press that came with that decision."

After going in circles with her manager, his manager and human resources for five months, Ozoma finally hired a lawyer. The office atmosphere was already charged when a white male engineer at the company decided to share her personal information with an online group known for "doxxing," or publishing a someone's personal information online.

Ozoma said the engineer was fired a week later, but by then, she was traumatized — and so was Banks, another Black colleague on her team she'd brought in to Pinterest.

"Our Black lives were treated like they didn't matter," said Banks, who left Google to head Pinterest's office in Washington D.C. Banks said she hired Ozoma's lawyer after her own struggles with their manager and human resources.

Banks said she was "interacting with members of Congress; traveling around the country speaking on panels and events; representing the company. And yet the only expenses that I accrued that were challenged, continuously, were expenses dedicated to Black organizations and Black businesses I had partnered with," she said.

Thirteen percent of the U.S. population is Black. But according to Pinterest's annual diversity report, Black people made up roughly 4 percent of its total workforce last year. That puts Pinterest in line with many of the other tech companies that report their numbers, in an industry long dominated by white and Asian males.

Consider some of the most recent publicly available company data on Blacks in the workforce: 9 percent at Apple, 3.8 percent at Facebook, 5.5 percent at Google, 3.7 percent at Oracle, 4.4 percent at Slack, 5.7 percent at Twitter.

"You know, it would be very awkward in this context if you were telling me my life didn't matter," Kunst said. "I think that is a bare minimum. It is far from all anyone should be doing."

Google, Facebook and other companies have blamed their lack of Black employees on a "pipeline" problem— arguing there aren't enough qualified people to hire, especially in their technical departments.

But many Silicon Valley watchers disagree. Kunst, for instance, said she's observed a number of hiring managers fixated on a short list of Ivy League universities, unable to broaden their definition of "qualified."

She added that it's important to get rid of individuals who make the corporate culture toxic for Black employees and drive them away.

"This feels like a really good time to really dig deep and do an overhaul so that you create a culture that everyone loves and everyone is welcome in," Kunst said, noting that many Silicon Valley executives are already rethinking their corporate culture during the coronavirus pandemic.

"A few years ago, companies [and] people couldn't even say the word 'race.' Like, not a particular race, just the word 'race,' " said Y-Vonne Hutchinson of ReadySet, a diversity, equity and inclusion consulting firm that works with a number of Silicon Valley companies. "The fact that the conversation has shifted so far in such a short period of time is encouraging. At the same time, it takes more than statements. What is it really like inside of your organization? Can Black people succeed?"

Hutchinson added, "For a lot of these companies, we do see investments in recruiting. We do see some people coming through the door." But she said many of them leave "and a lot of times that's because they're experiencing micro-aggressions. They're experiencing racism at work, and there's no accountability for it."

Karla Monterroso, CEO of the diversity-focused nonprofit Code 2040, said companies need to focus less on job fairs and turn instead to the internal work needed to become welcoming places for more Black and Latinx employees.

"You will not get the full benefit of their thoughts and innovation," she said, when it's dangerous for them to swim against the current. "Advocacy for people of color, especially Black people, will look like insubordination to many people. Until we examine that," Monterroso added, "it's going to have a disproportionate impact on our workplace."