Accessibility links
Trump Campaign Moves To Arizona After Tulsa Rally Fizzles President Trump continues on the campaign trail with stops in Arizona to survey the border wall with Mexico and rally a group of student supporters. 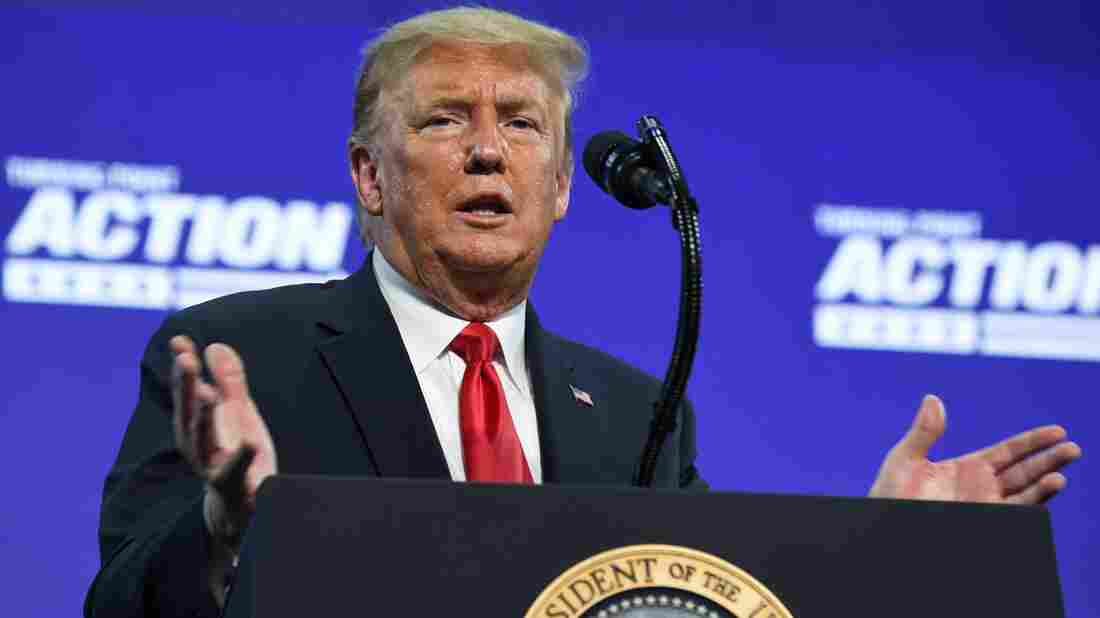 President Trump speaks during a Students for Trump event at the Dream City Church in Phoenix on Tuesday. Saul Loeb/AFP via Getty Images hide caption 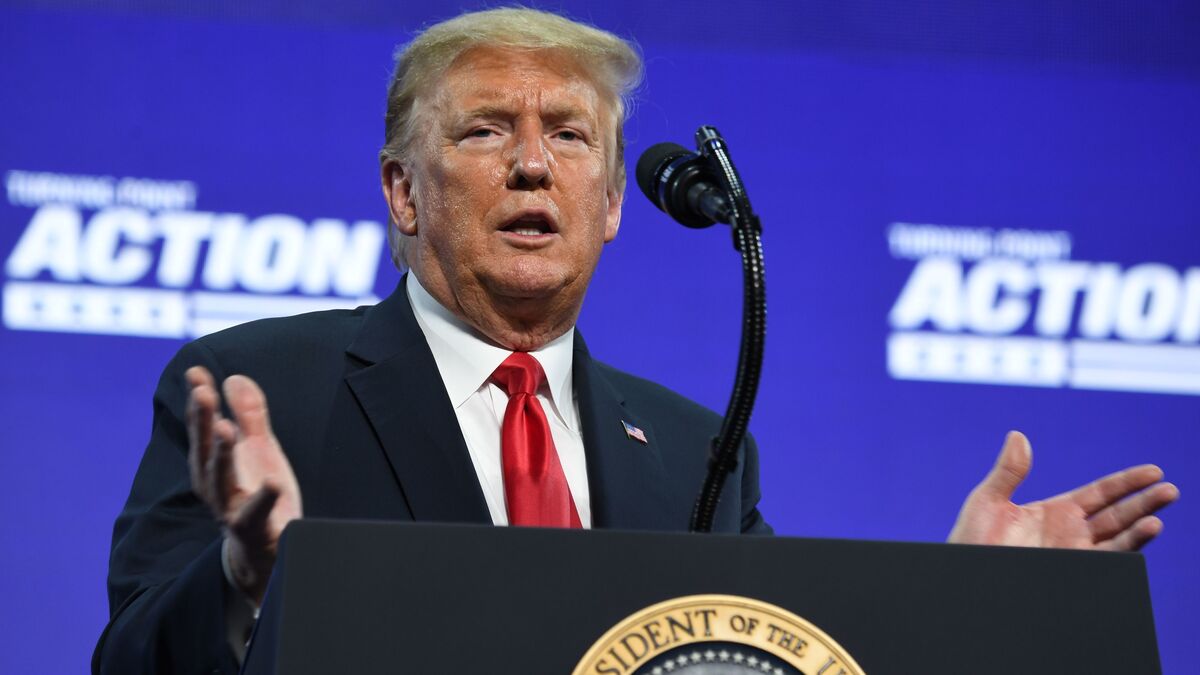 President Trump speaks during a Students for Trump event at the Dream City Church in Phoenix on Tuesday.

Fresh off a rally in Tulsa, Okla., in which nearly two-thirds of the arena was empty, President Trump on Tuesday addressed a crowd of student supporters at a tightly packed megachurch in Phoenix, amid the state's growing number of confirmed cases of the coronavirus.

The Arizona rally was part of a series of smaller events in the state centered on his reelection pitch, focusing heavily on border security, preserving monuments of Confederate soldiers and the ongoing coronavirus pandemic, which the president has controversially described using the racist phrase "kung flu."

"The radical left — they hate our history, they hate our values, and they hate everything we prize as Americans. Because our country didn't grow great with them. It grew great with you and your thought processes and your ideology," Trump told the group of young supporters, a majority of whom did not appear to be wearing masks. 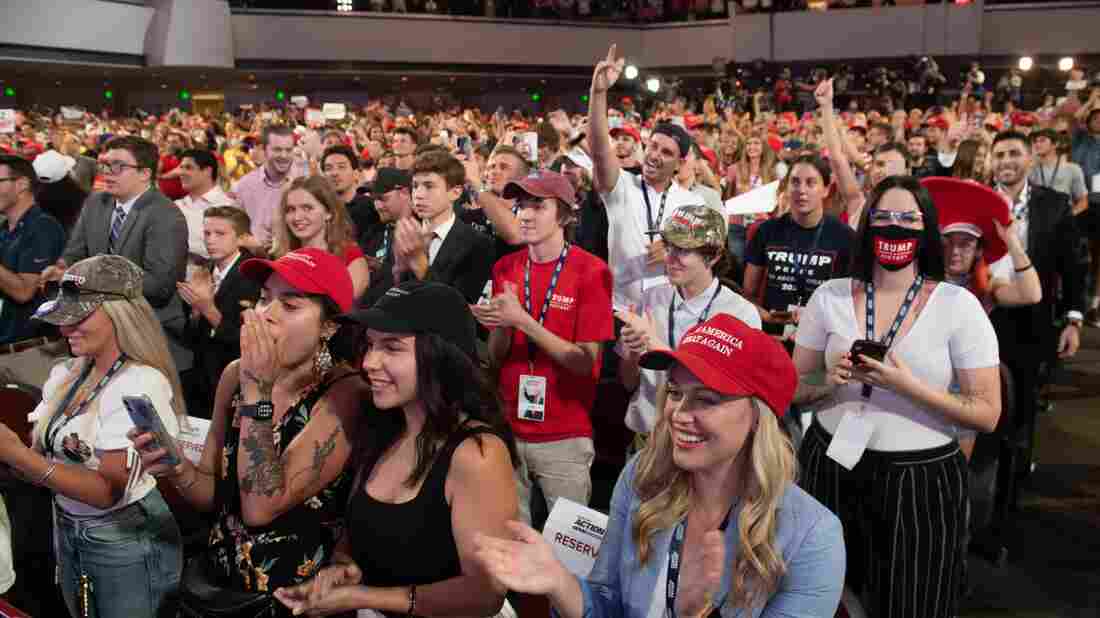 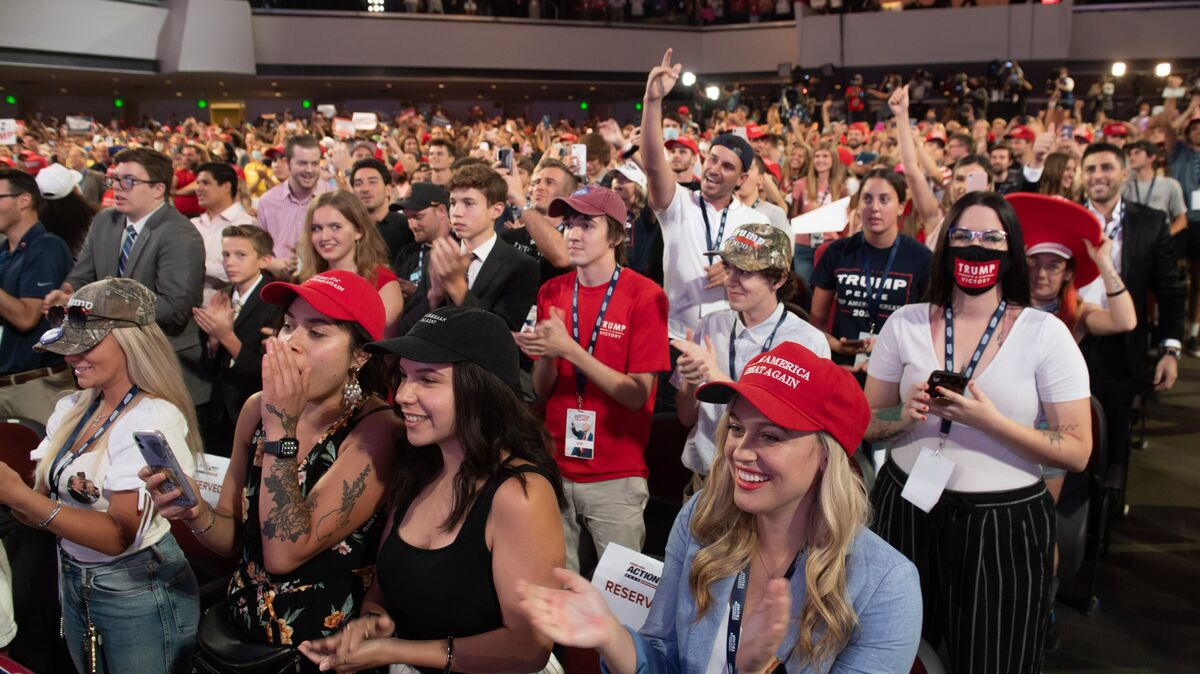 The state on Tuesday reported 3,591 new cases of COVID-19. More than 1,380 Arizonans have died of the disease thus far.

As Trump was delivering his remarks, protesters outside were declared unlawful, and police reportedly fired tear gas and deployed flash bangs to force their dispersal, according to KJZZ's Jimmy Jenkins.

Phoenix PD have declared the protests outside the Trump event an unlawful assembly and are using flashbangs to disperse the crowd pic.twitter.com/r2d2RaKXYR

Earlier in the day, the president participated in a roundtable discussion in Yuma with border and law enforcement officials to commemorate the upgrading of 200 miles of wall along the southern border.

Trump called the barrier "just about unclimbable" and trumpeted what he called lower border crossings and drug seizures. 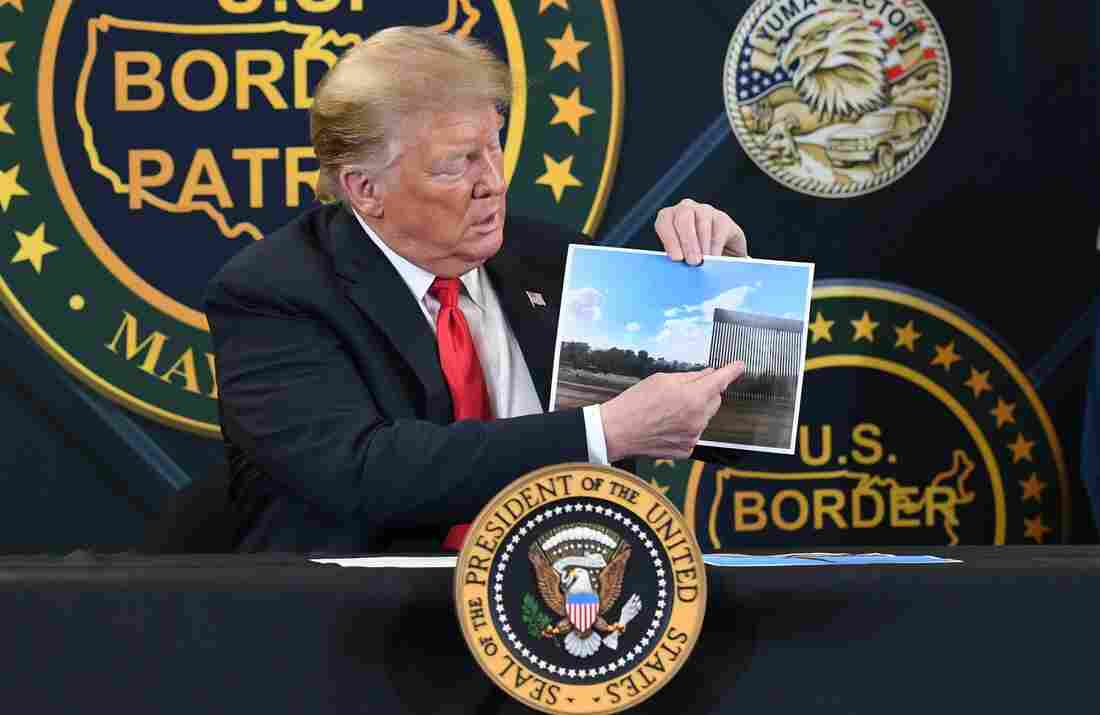 President Trump shows a photo of the wall along the southern border during a roundtable briefing on border security Tuesday in Yuma, Ariz. Saul Loeb/AFP via Getty Images hide caption 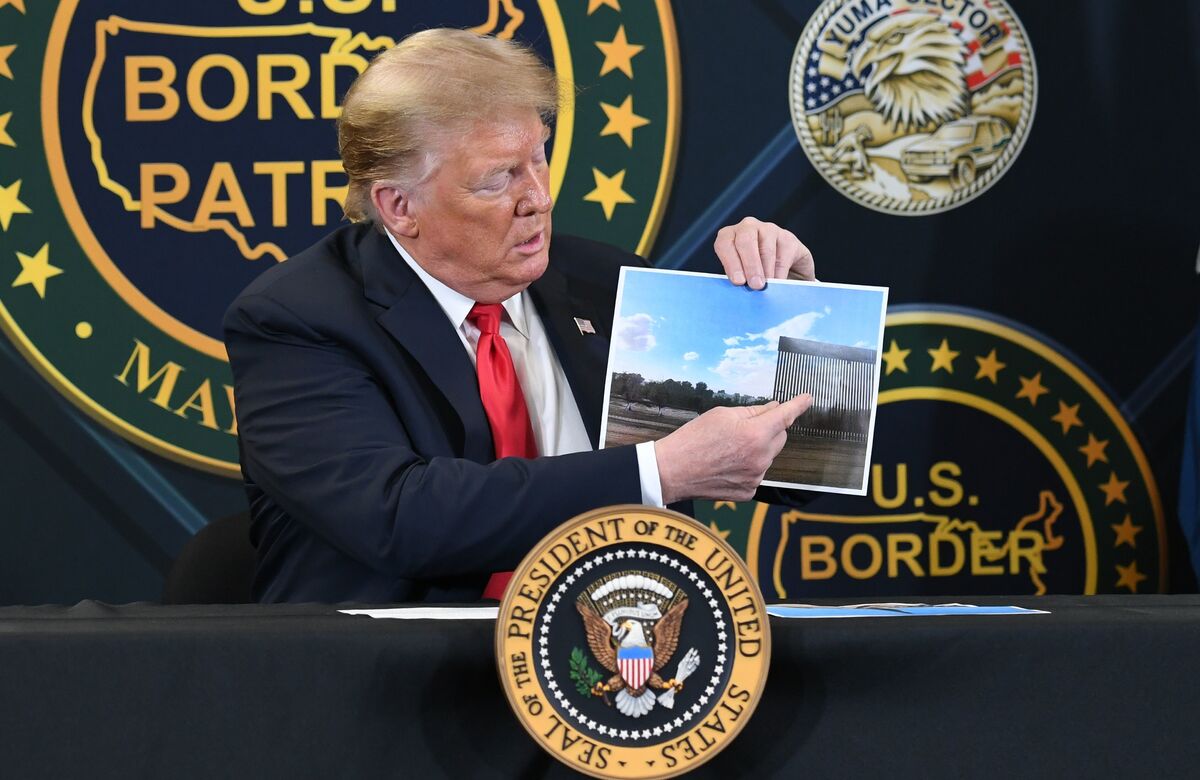 President Trump shows a photo of the wall along the southern border during a roundtable briefing on border security Tuesday in Yuma, Ariz.

Trump also spoke about the tearing down of statues in recent weeks and his desire to enforce a 2003 law that gives fines or jail time to those who attempt to destroy federal property such as monuments.

After surveying the wall, Trump delivered remarks at a Students for Trump rally at Dream City Church in Phoenix, hosted by Turning Point Action, a pro-Trump group.

The church, which can hold about 3,000 people, released a statement saying it only found out that Trump would be speaking at the event after it agreed to rent its facilities.

"Dream City's facility rental does not constitute endorsement of the opinions of its renters," the statement said.

Arizona has seen a spike in cases of the coronavirus recently, and Phoenix has joined several cities across the state in requiring residents to wear masks in public spaces.

Phoenix Mayor Kate Gallego had said she was concerned about the president's trip.

Trump Wants To Move On, But The Coronavirus Is Surging In Parts Of Red America

"We are actually seeing the fastest rate of growth among our young people in the community, and here it is, a rally specifically focused on that demographic," she told CNN. "Public health professionals in Phoenix are trying to tell young people to take this seriously."

Students for Trump included a waiver similar to the one the Trump campaign gave to attendees of the Tulsa rally, acknowledging the health risks.

"By attending this convention, you and any guest voluntarily assume all risks related to exposure to COVID-19 and agree not to hold Turning Point Action, their affiliates, Dream City Church, employees, agents, contractors, or volunteers liable for any illness or injury," it read.

Presumptive Democratic nominee Joe Biden called the president's trip "reckless and irresponsible" and said it is a "distraction from Donald Trump's failed response to combat the spread of COVID-19."

Tuesday marked Trump's third trip this year to this once-red, now purple state. He hosted a rally in Phoenix in February and visited a mask-making facility in May.

Trump won Arizona by 3.5 percentage points in 2016, a far cry from Mitt Romney's 10-point victory over President Barack Obama in 2012.

Democrats regard Arizona as a critical 2020 battleground state and are closely watching its Senate race between Republican incumbent Martha McSally and Democrat Mark Kelly, a former astronaut and husband of former Rep. Gabby Giffords. Kelly has been leading in the polls, but the race is still considered a toss-up.

Gov. Doug Ducey appointed McSally to her seat following her loss during the Senate campaign to then-Democratic Rep. Kyrsten Sinema.

Nearly a third of the electorate in Arizona doesn't belong to either major political party, but Democrats are hopeful that a growing Latino population will translate to a shift in November.