Accessibility links
Immense Neolithic Ring Discovered Near Stonehenge The massive prehistoric structure "is significantly larger than any comparative prehistoric monument that we know of in Britain, at least," a lead researcher in the project says. 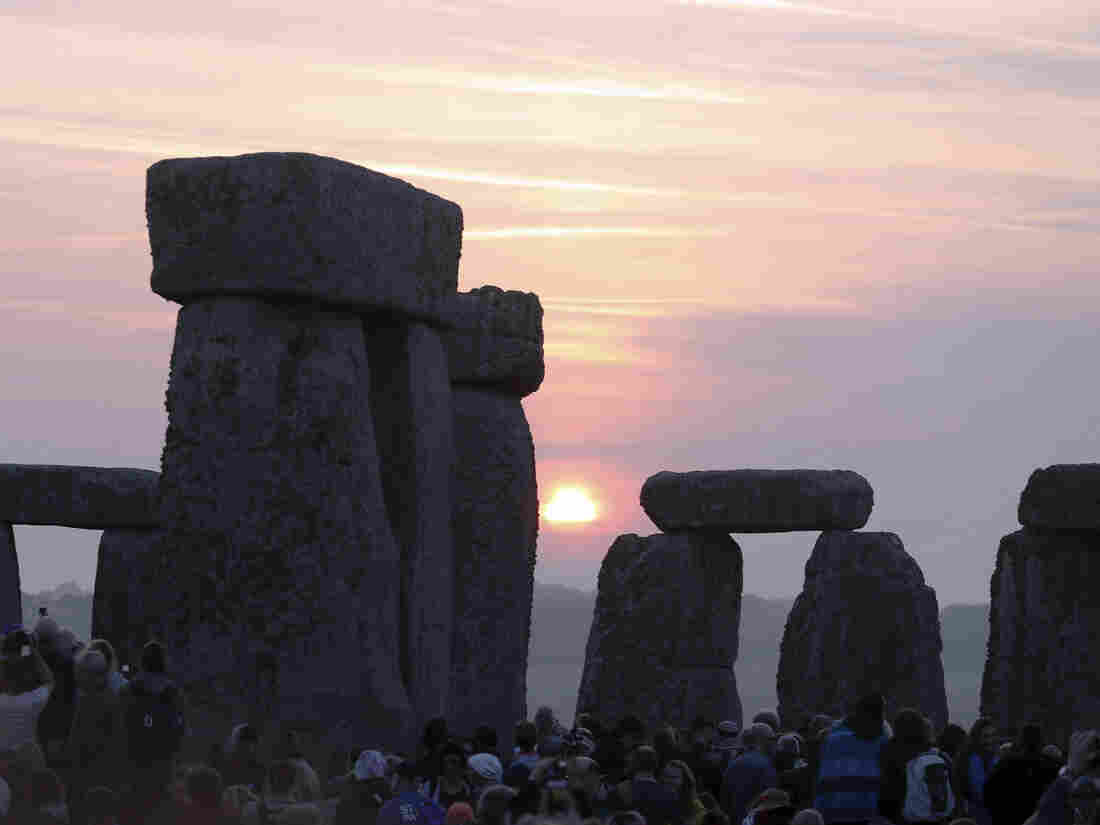 Thousands of people stand among the ancient stones at Stonehenge in Salisbury, England, at sunrise on the summer solstice. Archaeologists on Monday announced the discovery of a ring of shafts about 2 miles away. Steve Parsons/AP hide caption 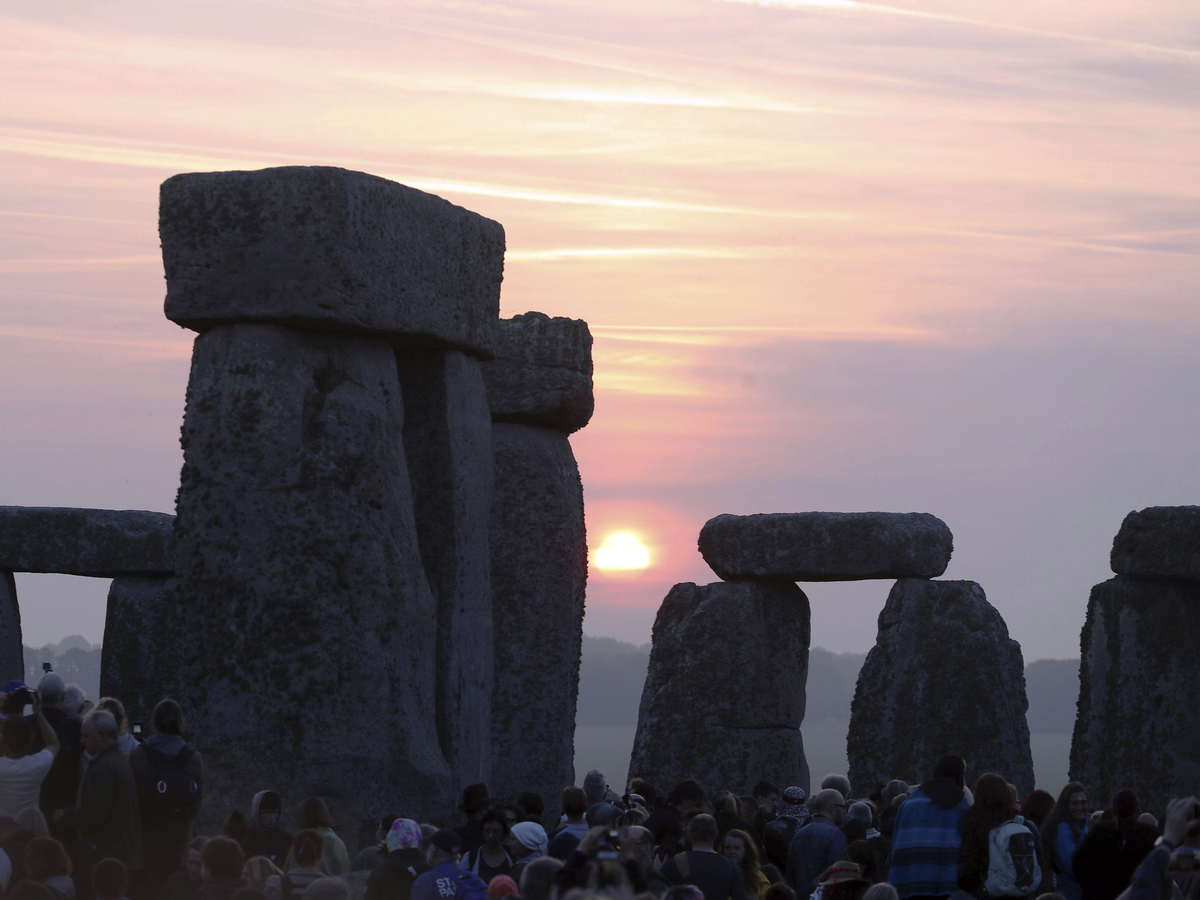 Thousands of people stand among the ancient stones at Stonehenge in Salisbury, England, at sunrise on the summer solstice. Archaeologists on Monday announced the discovery of a ring of shafts about 2 miles away.

The mystery near and around Stonehenge keeps growing.

The latest revelation is the discovery of a ring of at least 20 prehistoric shafts about 2 miles from the famous Neolithic site of immense upright stones, according to an announcement from the University of Bradford.

'Astonishing discovery' near Stonehenge offers new insight into Neolithic ancestors. Research on the pits at Durrington was undertaken by a consortium of archaeologists as part of the Stonehenge Hidden Landscapes Project. #DurringtonPits @gaffney_v https://t.co/nogxoBnrIF pic.twitter.com/eR6yq7pLXY

Archaeologists say the "astonishing" shafts in Durrington Walls date back to 2500 B.C. and form a circle more than 2 kilometers (1.2 miles) in diameter. Each one measures up to 10 meters (33 feet) in diameter and 5 meters (16 feet) deep.

Researchers say there may have been more than 30 of the shafts at one time.

"The area around Stonehenge is among the most studied archaeological landscapes on Earth and it is remarkable that the application of new technology can still lead to the discovery of such a massive prehistoric structure which, currently, is significantly larger than any comparative prehistoric monument that we know of in Britain, at least," said Professor Vincent Gaffney of the University of Bradford.

When researchers first noted the underground pits, they believed they may have been caused naturally. But when the team undertook geophysical surveys, the "larger picture emerged" and scientists were able to "join the dots and see there was a pattern on a massive scale," Gaffney explained.

The ring was discovered using remote sensing technology in what were previously believed to be "empty spaces" between the monuments that make up the UNESCO World Heritage Site.

Richard Bates with the University of St. Andrews said the discovery "is giving us an insight to the past that shows an even more complex society than we could ever imagine."

Bates added: "Clearly sophisticated practices demonstrate that the people were so in tune with natural events to an extent that we can barely conceive in the modern world we live in today."

The exact purpose of the shafts is unclear, but one prominent theory is that they may have acted as a boundary to a sacred area connected to Stonehenge.