Accessibility links
Beliefs About What It Means To Be A Christian Man Have Bolstered Trump Author Kristin Kobes Du Mez says: "It seemed like evangelicals had betrayed their values. But if you look at this longer history of evangelical masculinity and militarism ... this wasn't a betrayal." 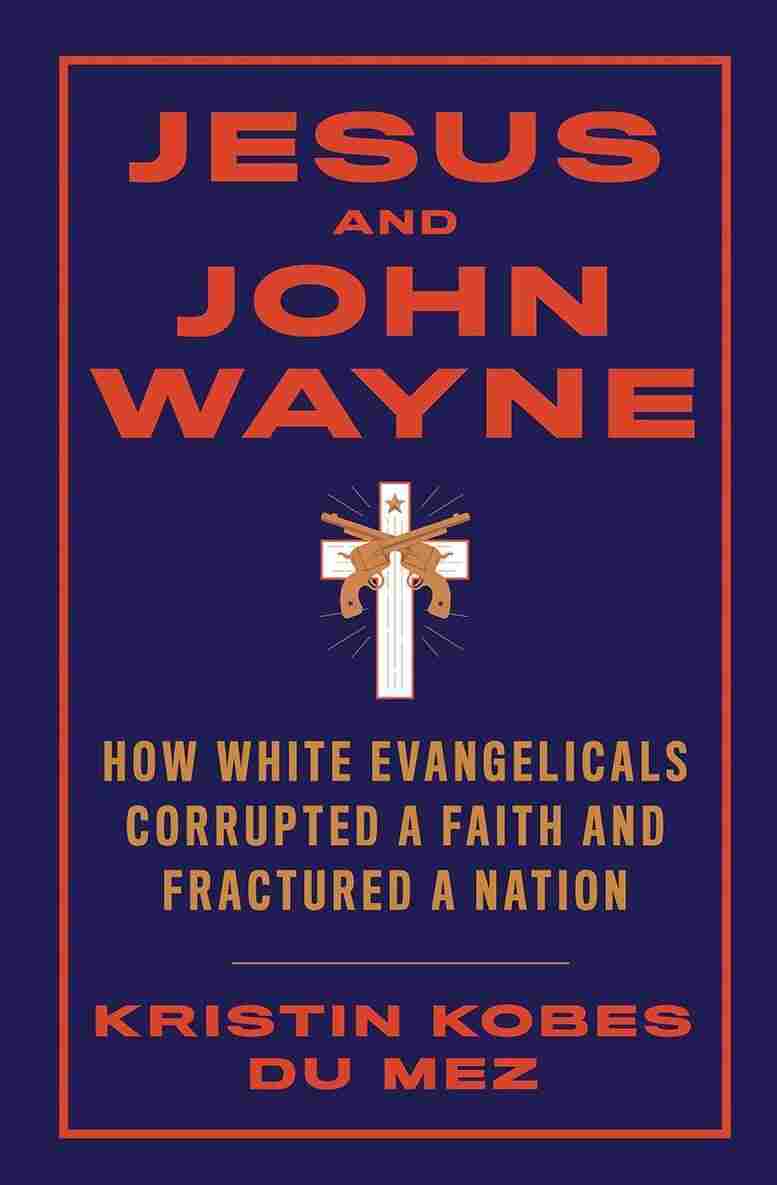 What does it mean to be a Christian man?

The scholar Kristin Kobes Du Mez says the answer matters a lot. It influences how millions of Americans shape their lives and their politics. It even affects why so many white evangelicals voted for Donald Trump.

The narrator in the song recalls trying to please both his gentle Christian mother and his tough-guy father. He feels the conflicting demands to be forgiving and combative, gentle and strong.

When researching her book, Kristin Kobes Du Mez — a history professor at Calvin University, which is a Christian college in Michigan — concluded that among many evangelicals, the John Wayne side of the argument has been winning.

"There are millions of copies of books that have been sold within evangelical circles on what does it mean to be a Christian man," she says. "And when I started reading these books, what struck me was there were only a few Bible verses kind of sprinkled here and there. But when they were looking for models of Christian manhood, they really looked to kind of secular heroes or mythical heroes — so warriors or soldiers or cowboys."

On looking to this persona

"Well, it's the man and the myth, really, with John Wayne. I think mostly his on-screen persona. So he is this rugged man who can bring order through violence, really. So whether he's, you know, on the frontiers of the Wild West or in the Second World War or on the battlefields of Vietnam, he can bring order through violence. And he can defend Christian America, really, and that's what really appeals to many evangelicals, how he becomes this icon — and not just to evangelicals but to secular conservatives as well.

But also, the man himself in his own life, he was really critical to the rise of right-wing conservatism in the 1960s, 1970s. And he would be speaking at events hosted by white evangelicals in Southern California, and he endorsed Ronald Reagan. And so he's very much a part of the political movement, and he's this — becomes this kind of icon of what true American and true Christian masculinity really looks like.

On John Wayne doing terrible things in movies but, often, for the protection of society or a greater good

It's a very common theme in white evangelical writing on masculinity from the 1960s really to the present — that you need to have very tough, rugged men who can protect women and children, who can protect Christianity and who can protect the American nation. And for the sake of protecting these vulnerable things, these precious things, really, the ends will justify the means.

On beginning the book with an anecdote about Trump

I think that the last four years have been clarifying for many evangelicals, for many observers of evangelicalism. When Donald Trump was elected, white evangelicals were absolutely critical to his victory. And for a lot of observers and for some evangelicals themselves, this seemed contradictory. It seemed like evangelicals had betrayed their values. But if you look at this longer history of evangelical masculinity and militarism, then you see that this wasn't a betrayal. This isn't just hypocrisy that we're seeing; this is consistent with the sort of values that evangelicals have long held to.

On white evangelicals voting for Trump as a John Wayne figure

Not all evangelicals will say that. But there is this strong kind of justification for their vote for Donald Trump in terms of, he is a strongman. He is going to protect Christianity precisely because he is not constrained by traditional Christian virtues.

So there's a bit of wavering right now in the margins. And I think that people are unsettled in light of the pandemic. And at the same time, I think it's also important to realize that many evangelicals aren't necessarily listening to the same news reports as other Americans are. And so their news is being filtered in particular ways through Christian radio, also, you know, through Fox News and talk radio.

And so I think that this acknowledgment of incompetence isn't all that pronounced. And at the same time, this model of rugged and even reckless masculinity means that a lot of that kind of incompetence can actually be forgiven — right? — because you need aggressiveness to be a good leader and God gave men testosterone precisely for this reason. And, yeah, there are going to be certain side effects.