Accessibility links
Trump Vows Prison Time For Attempts To Topple Statues While the president says he authorized the federal government to prosecute those who deface and destroy statues on federal land, the government already had that power thanks to a 2003 law.

Trump Threatens Prison For Attempts To Topple Statues. Here's The Law He Cites

Trump Threatens Prison For Attempts To Topple Statues. Here's The Law He Cites 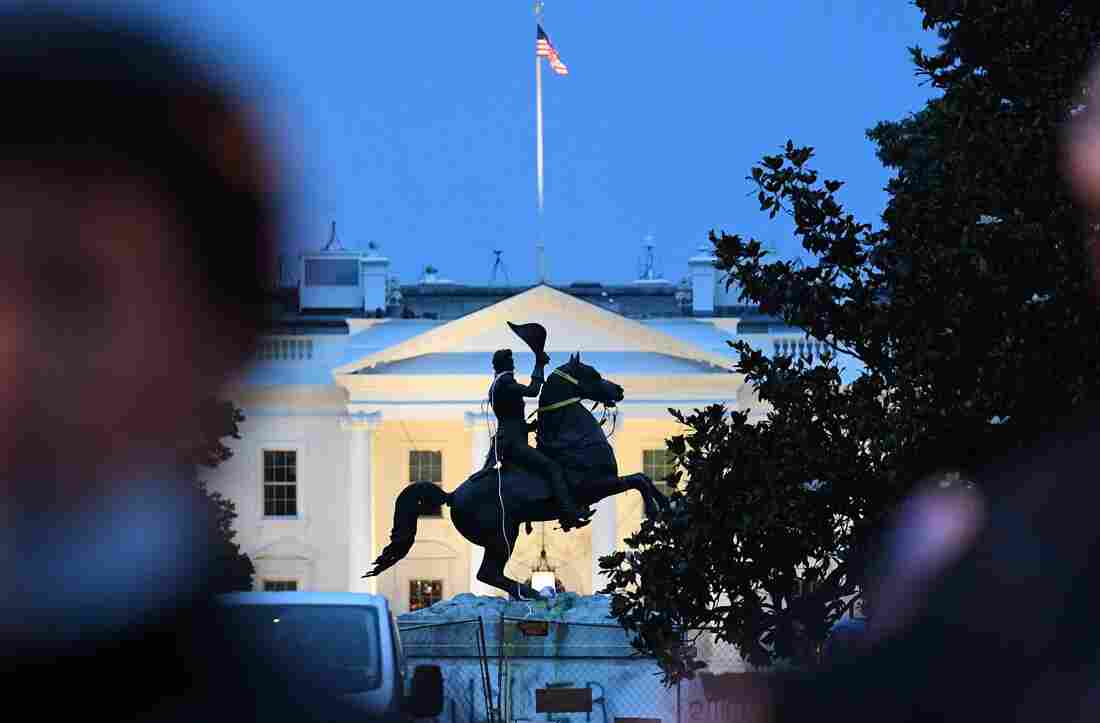 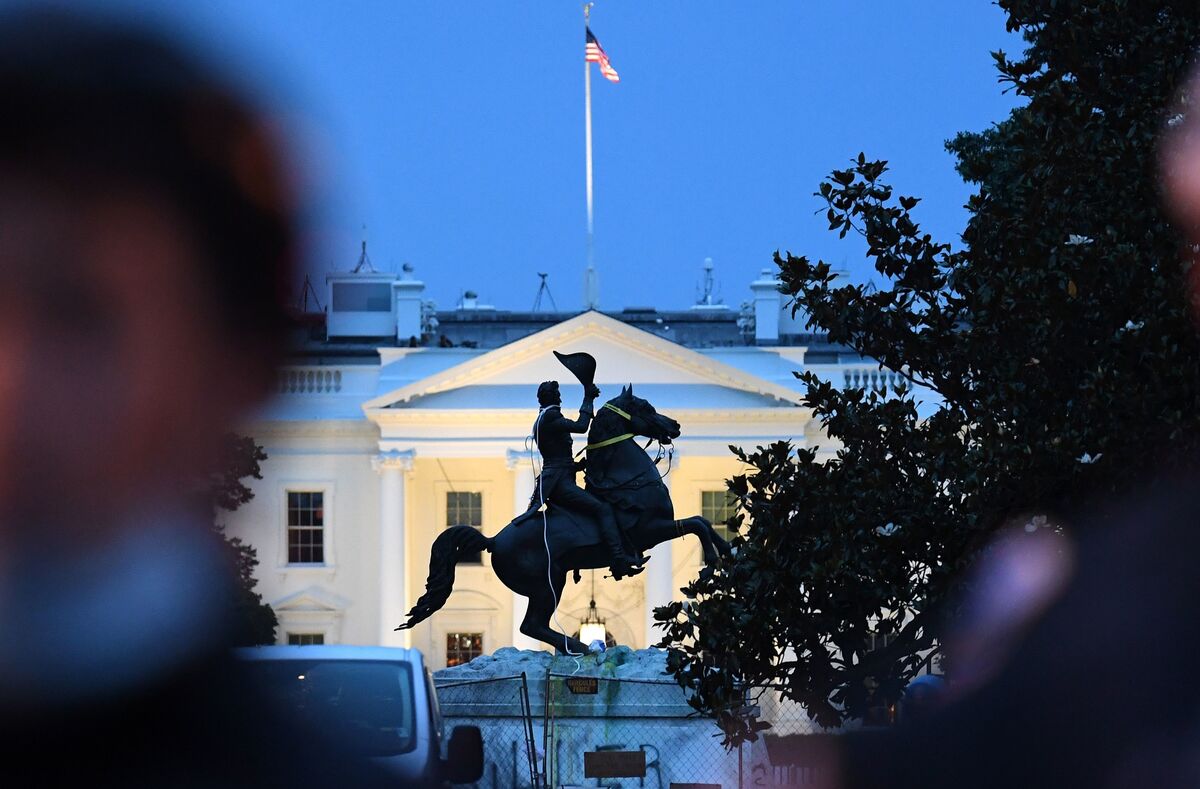 Police officers stand guard with the statue of former President Andrew Jackson after protesters tried to topple it Monday in Lafayette Square in Washington, D.C.

President Trump vowed via Twitter on Tuesday morning that anyone who vandalizes "any monument, statue or other such federal property" will be arrested and face up to 10 years in prison, citing a little-known 2003 piece of legislation.

.....This action is taken effective immediately, but may also be used retroactively for destruction or vandalism already caused. There will be no exceptions!

His announcement comes after he decried an attempt by demonstrators to remove a statue of Andrew Jackson that sits across from the White House. Referencing the Veterans' Memorial Preservation Act in a separate tweet, Trump warned such protesters: "Beware!"

Despite Trump's assertions, the act doesn't require his authorization.

Passed in 2003, it states that a person who "willfully injures or destroys, or attempts to injure or destroy, any structure, plaque, statue, or other monument on public property commemorating the service of any person or persons in the armed forces of the United States shall be fined under this title, imprisoned not more than 10 years, or both."

The act, whose text can fit on a single page, was passed with bipartisan support following vandalism at various veterans cemeteries.

Republican Sen. Tom Cotton of Arkansas has also called for the Justice Department to use the act to bring charges against those who attempt to topple monuments.

On Monday, he penned a letter to Attorney General William Barr, saying, "It's past time to stop the mob; these vandals should be prosecuted to the fullest extent of the law."

Trump told reporters before taking off to Arizona to campaign that he plans to sign an executive order to "reinforce what's already there, but in a more uniform way." He did not elaborate on what that means.

"We are looking at long-term jail sentences for these vandals and these hoodlums and these anarchists and agitators and call it whatever you want," Trump said. "Some people don't like that language, but that's what they are. They're bad people. They don't love our country. And they're not taking down our monuments, I just want to make that clear."

Chad Williams, chair of the Department of African and African American Studies at Brandeis University, calls Trump's plan for an executive order problematic.

"How an order like that would actually be enforced remains to be seen," he said. "But what this thing speaks to in a really problematic way is the president's desire to tamp down, to crush any forms of protest and dissent and to weaponize the various apparatuses of federal government, including the military, National Guard, Secret Service, to act as agents of enforcement."

More than 70 Confederate monuments have been taken down since the 2015 shooting at a Charleston, S.C., church, according to data compiled by The Washington Post. The paper said about a third of those monuments were forced down in the weeks following the death of George Floyd, a Black man who was killed when a police officer held a knee to his neck for more than 8 minutes.

Floyd's death sparked a national reckoning on racial injustice as demonstrators took to the streets to protest white supremacy and police brutality.

Some protests have led to the destruction of various Confederate memorials.

House Speaker Nancy Pelosi has called for the removal of statues of Confederate soldiers and officials from the U.S. Capitol grounds.

Opponents argue the monuments should remain in place as a reminder of this country's history.