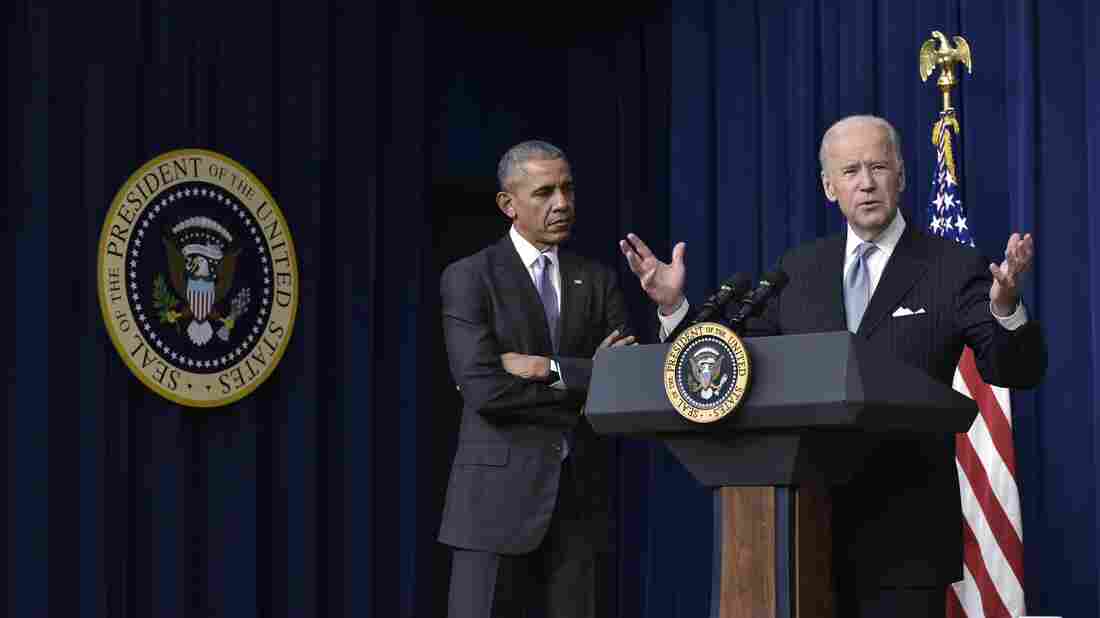 Joe Biden and Barack Obama during a signing ceremony in 2016. The former president took part in a virtual fundraiser Tuesday for his former vice president. Mandel Ngan/AFP via Getty Images hide caption 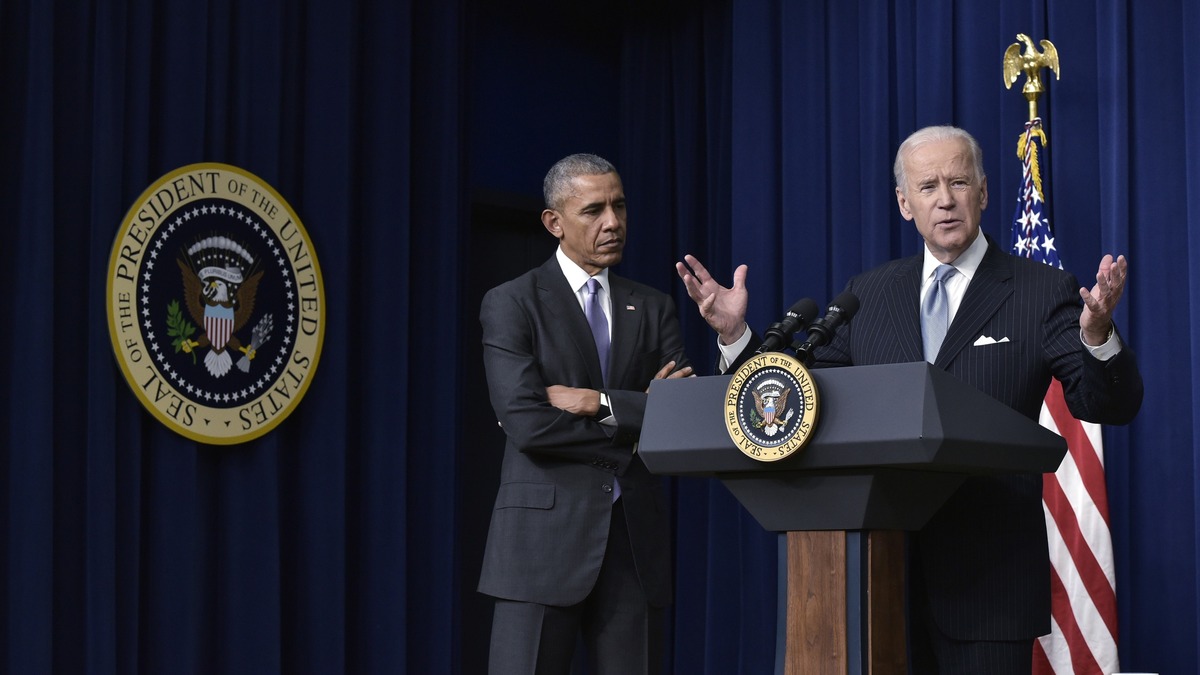 Joe Biden and Barack Obama during a signing ceremony in 2016. The former president took part in a virtual fundraiser Tuesday for his former vice president.

"I am here to say the help is on the way if we do the work, because there's nobody I trust more to be able to heal this country and get back on track than my dear friend Joe Biden," Obama told supporters on the video conference.

The former president said he believes the situation Biden would inherit — with the coronavirus pandemic, a recession and racial unrest — is tougher than the one that greeted him when he came into office in early 2009, but he said that he is inspired by a "great awakening" going on among young people.

"I appreciate you all being on this call, but man, this is serious business. Whatever you've done so far is not enough. And I hold myself and Michelle and my kids to the same standard," Obama said.

More than 175,000 people donated to the Tuesday event, according to the Biden campaign, which billed it as a grassroots fundraiser, though press access was limited, and no video stream was made public.

The fundraiser is the latest in a series of virtual events with big-name Democrats that have brought in significant fundraising hauls for Biden, helping him and Democrats bring in more money than President Trump's campaign and Republicans in May.

These events have helped Biden turn around a reputation as a lackluster fundraiser. Throughout 2019 and early 2020, he regularly brought in less money than Warren, Buttigieg and Sen. Bernie Sanders of Vermont despite the fact that neither Sanders nor Warren participated in high-dollar fundraising events.

But in the past two months, Biden's campaign and the Democratic National Committee have raised more than $140 million. Biden was dead even with Trump's fundraising numbers in April and outraised him in May. It's highly unusual for a challenger to raise more money than an incumbent president.

Trump entered the 2020 race with a significant cash-on-hand advantage, and on Tuesday evening, his campaign said it had raised more than $10 million from Friday to Sunday around Trump's in-person rally in Tulsa, Okla.

Former Pennsylvania Gov. Ed Rendell, a Biden backer, recently told NPR he's been raising money for political candidates for four decades and said he's never seen this much of a sudden uptick in fundraising enthusiasm. He said the shift has as much to do with how Trump has handled the coronavirus and recent protests over racial injustice as with Biden himself.