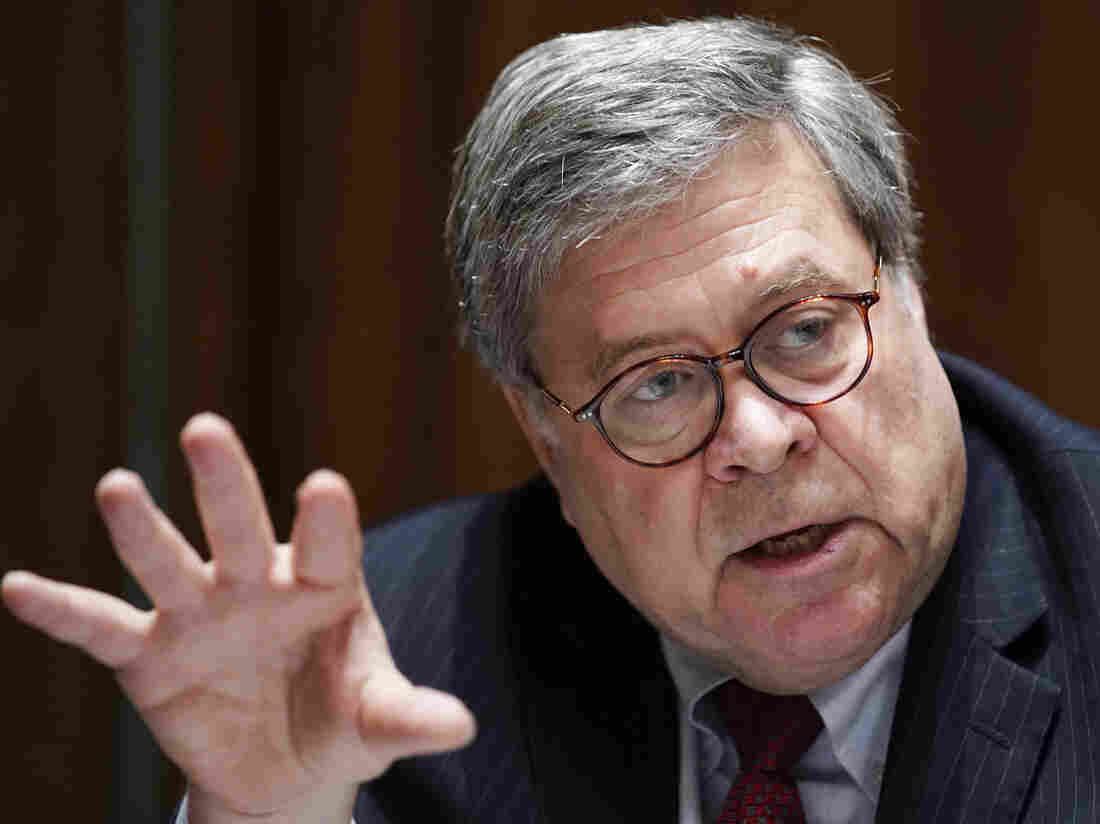 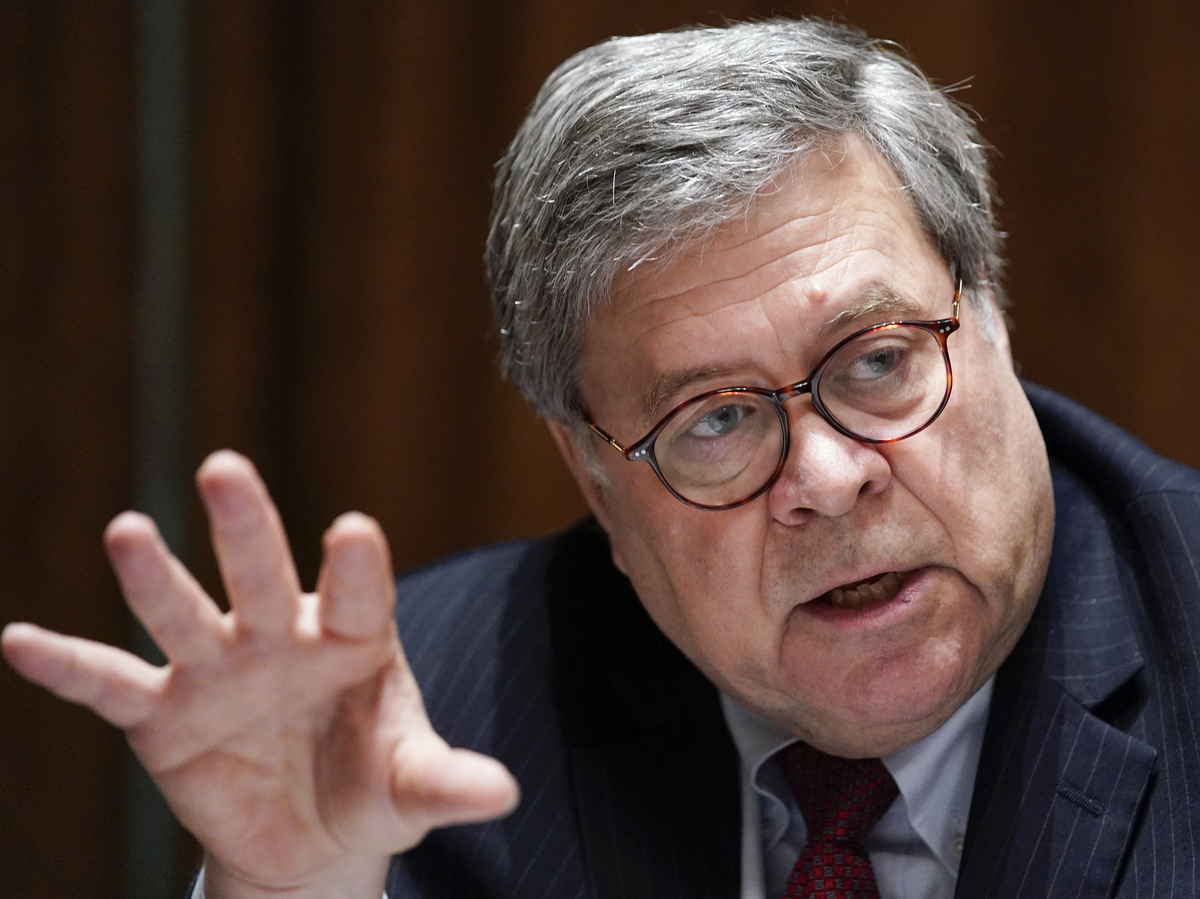 A current Justice Department prosecutor is planning to tell lawmakers on Wednesday that in his many years in the government, "I have never seen political influence play any role in prosecutorial decision making. With one exception: United States v. Roger Stone," according to a copy of his prepared testimony.

Aaron Zelinsky, who has worked at the department since 2014, is scheduled to testify at a House Judiciary Committee hearing Wednesday as one of two "whistleblowers" set to describe politicization at the Justice Department, said Chairman Jerrold Nadler, D–N.Y.

In his written statement, Zelinsky said he heard that Stone received different treatment "because of his relationship to the president."

House Judiciary Chair Says Barr Should Be Impeached, But Won't Be

Zelinsky said the person in charge of the U.S. attorney's office at the time was "receiving heavy pressure from the highest levels of the Department of Justice to cut Stone a break."

And, he said: "I was also told that the acting U.S. Attorney was giving Stone such unprecedentedly favorable treatment because he was 'afraid of the President.' "

Zelinsky described "significant pressure ... to water down and in some cases outright distort the events that transpired in [Stone's] trial and the criminal conduct that gave rise to his conviction."

Eventually, higher-ups in the office overrode the original recommendation about how stiffly to punish Stone and filed a new memo "at odds with the record and contrary to Department of Justice policy."

Zelinsky ultimately withdrew from the case, along with three others, after the department refused to heed their objections that "such political favoritism was wrong and contrary to legal ethics and department policy."

A judge eventually sentenced Stone to serve 40 months in prison. He had been due to report there next week. But Stone's lawyer filed an unopposed motion to delay his surrender until September, citing a "heightened risk" of COVID-19 in the "close confines" of a prison.

Justice Department spokeswoman Kerri Kupec called it notable that Zelinsky had no discussion with the attorney general, the U.S. Attorney and other members of political leadership at Justice about the Stone sentencing.

"Instead, Mr. Zelinsky's allegations concerning the U.S. Attorney's motivation are based on his own interpretation of events and hearsay (at best), not first-hand knowledge," Kupec added.

Attorney General Bill Barr said at the time of Stone's sentencing that he'd acted on his own to get involved with the submission of a second memo asking the judge in the case to impose a lighter sentence than contemplated in the first one.

But Trump also wrote about the case on Twitter, which brought criticism about the perception that the president was calling the shots. Barr eventually reached the point of publicly asking Trump not to comment on Justice Department matters. The president hasn't complied.

Ahead of the hearing, Zelinsky's prepared testimony said that he understands the Justice Department may wish to shield certain facts about the case against Stone, a longtime political adviser to Trump.

And in many cases, Zelinsky said, he will respect the DOJ's assertions of legal privileges.

But, he added, "the deliberative process privilege does not apply when testimony sheds light on government misconduct, or when the government has disclosed deliberative information selectively and misleadingly."

A second Justice Department attorney, John W. Elias, intends to tell House lawmakers that he was so concerned about antitrust investigations launched under Barr that he reported his fears to the department's inspector general, according to his prepared testimony.

Elias said he feared possible "abuse of authority, a gross waste of funds, and gross mismanagement."

Elias, who has worked as a career lawyer at the Justice Department for presidents of both political parties, said he had two sets of concerns. The first involved a directive by Barr to launch 10 full-scale reviews of mergers taking place in the marijuana industry, a step Elias said did not meet "established criteria" for such probes.

William Barr Emerges As The Attorney General Trump Wanted. Democrats, Not So Much

The second, Elias said, is an investigation that the antitrust division initiated four days after tweets from Trump criticizing an arrangement between California and four automakers on fuel emissions.

Elias said that investigation was opened under atypical process and without considering what defenses the auto companies might raise. It was closed, without charges, in February 2020.

The Justice Department spokeswoman said that Barr "has and will continue to approach all cases at the Department of Justice with that commitment to the rule of law and the fair and impartial administration of justice."

It's unusual for current Justice Department lawyers who are not supervisors to testify before Congress. In fact, the department told the U.S. House of Representatives in a 2000 letter that it generally barred line attorneys and agents from appearing on Capitol Hill to protect their independence.

But the official who wrote that letter, Robert Raben, told NPR that Wednesday's hearing is a different matter altogether for the Justice Department.

"It is being accused of using enforcement as a political weapon," Raben said. "It has no standing in this context to cry 'politics.' The normal thing to do would be for Barr to testify and hold himself politically accountable, which he is. But we are not in normal times."

Nadler, the committee chairman, told MSNBC this week that Democrats expected to issue a subpoena to the attorney general in the coming days. Relations between the House majority and Barr have long been sour; last year Nadler's committee voted to hold him in contempt of Congress.