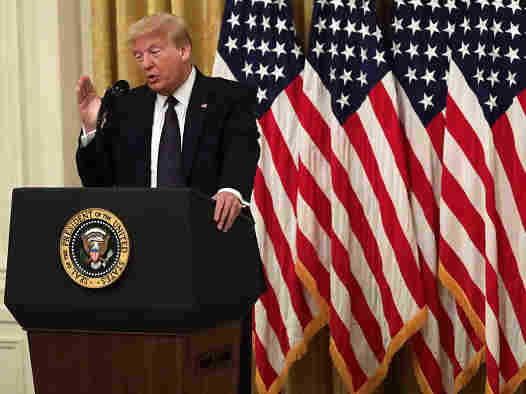 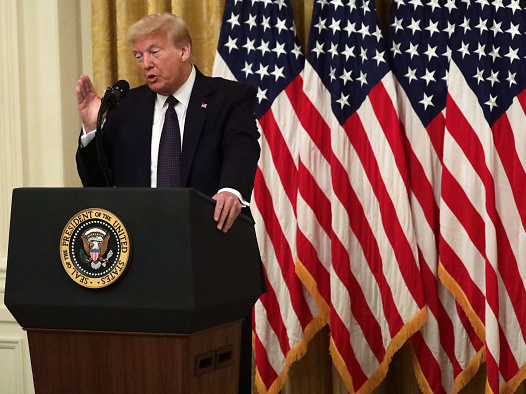 When President Trump suspended the entry of many foreign guest workers, he alienated a powerful ally: big business. The Chamber of Commerce, Silicon Valley and other employers have panned the move.

The White House proclamation will suspend the admission of hundreds of thousands of foreign guest workers at a time when 40 million Americans are unemployed.

"That is a very big deal," said Ken Cuccinelli, a top immigration official at the Department of Homeland Security, during an interview with the FOX Business channel. Cuccinelli called it an "unprecedented level of effort by a president to clear the American job market of competition like this."

But many big employers say the move will hurt — not help — the nation's economic recovery.

"Putting up a 'not welcome' sign for engineers, executives, IT experts, doctors, nurses and other workers won't help our country, it will hold us back," Thomas Donohue, CEO of the U.S. Chamber of Commerce, said in a statement.

"For us to remain globally competitive, we need the best and brightest. That's been our secret sauce," said Gary Shapiro, the president of the Consumer Technology Association, an industry trade group.

Immigration To The U.S. Comes To A Standstill During The Pandemic

Shapiro says technology companies still face a shortage of qualified applicants for top jobs, even during the pandemic, which is why those companies go to the trouble and expense of hiring foreign guest workers.

"The president has made a decision that he thinks this is good for his election prospects, and it may test well," Shapiro said.

But, Shapiro says, it's unlikely that American workers would see much benefit from the White House proclamation.

"The reality is, with technology companies... we will see companies relocating essential facilities and moving to other countries just to get the workers they must get to compete globally," Shapiro said.

The new restrictions will suspend the entry of foreign guest workers in a range of visa categories, including H-1B visas for high-skilled workers, as well as seasonal workers, landscapers, cultural exchange workers and au pairs. It also limits the ability of U.S. companies with global operations to bring their employees from other countries to work here temporarily.

But the non-partisan Migration Policy Institute estimated that only about 167,000 visas would be affected by the proclamation through the end of the year.

With Trump proclamation out, which outlines exemptions for some J-1 visa categories, the administration will not permit entry for temporary workers & their dependents in these visa categories pic.twitter.com/RU172LT9El

Green card and visa processing had already been slowed considerably by the coronavirus pandemic, which has disrupted operations at U.S. embassies and consulates around the world.

The Trump administration described the new visa restrictions as a way to make sure that Americans are first in line for scarce jobs.

Critics, however, say that thinking does not reflect the reality of a dynamic economy. Josselin Castillo is a government affairs liaison at Americans For Prosperity, which gets funding from the conservative Koch network. The group argued against these visa restrictions.

"Doubling down on policies that actually limit the ability of already struggling American businesses to hire talent that is willing, qualified and able will actually undermine our productivity," Castillo said. "And we're worried that this is going to lead to a slow economic recovery."

Immigrant advocates say the White House is using the coronavirus pandemic to make immigration policy changes that it couldn't get from a divided Congress. The Trump administration has also blocked most migrants arriving at the southern border from seeking asylum.

For this proclamation on guest workers, the administration relies on the same legal authority it used for the travel ban on people from majority-Muslim countries. And once again, that's likely to be challenged in court.

"We do not believe the legal justification for the proclamation to be legally sound," said Jason Oxman, the president of ITI, an information industry trade group.

The proclamation has some narrow exemptions. Workers involved in food processing are exempt, as are health care workers and researchers fighting the coronavirus. But those exemptions are smaller than what big employers had lobbied the administration to include.

That was a welcome surprise for Mark Krikorian at the Center for Immigration Studies, a Washington, DC think-tank that advocates for less immigration.

"This is much better, frankly, than I was expecting. I was thinking that the lobbyists for the various cheap labor industries would have been much more successful," Krikorian said in a panel discussion. "This seems to me a win for American workers."

At the very least, it is a win for immigration hardliners inside the Trump administration.