Accessibility links
Lachlan Morton Sets A Bicycling 'Everesting' Record More and more bicyclists are breaking records of "Everesting": climbing the height equal to Mount Everest by riding a single hill, up and down, over and over again. 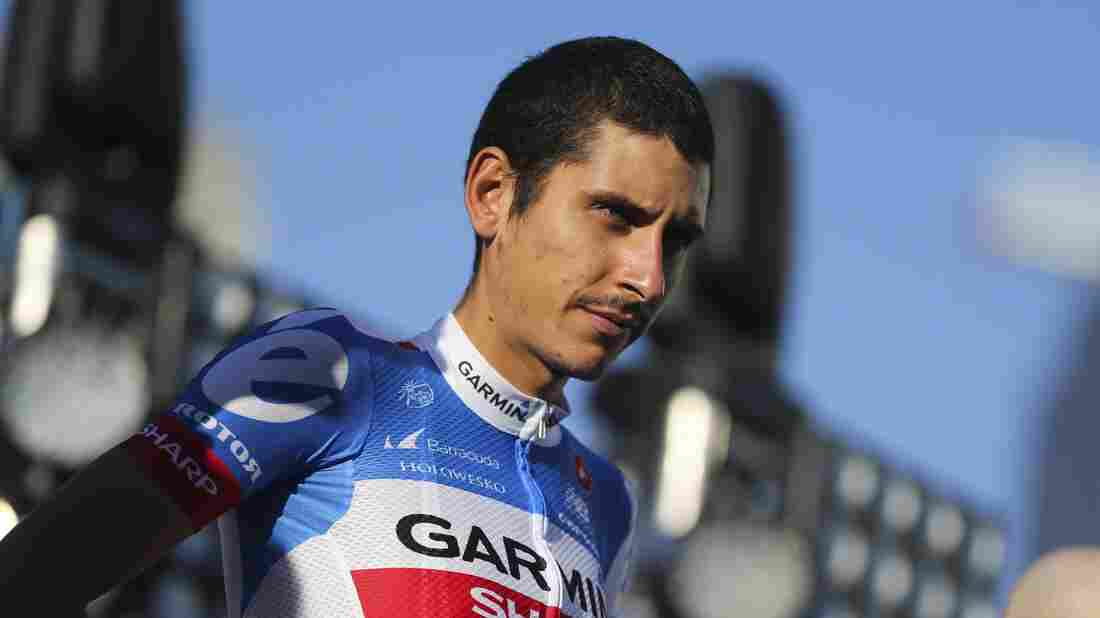 Lachlan Morton, pictured in 2014, is the latest person to set a record "Everesting" on a bicycle. Mark Gunter/AFP via Getty Images hide caption 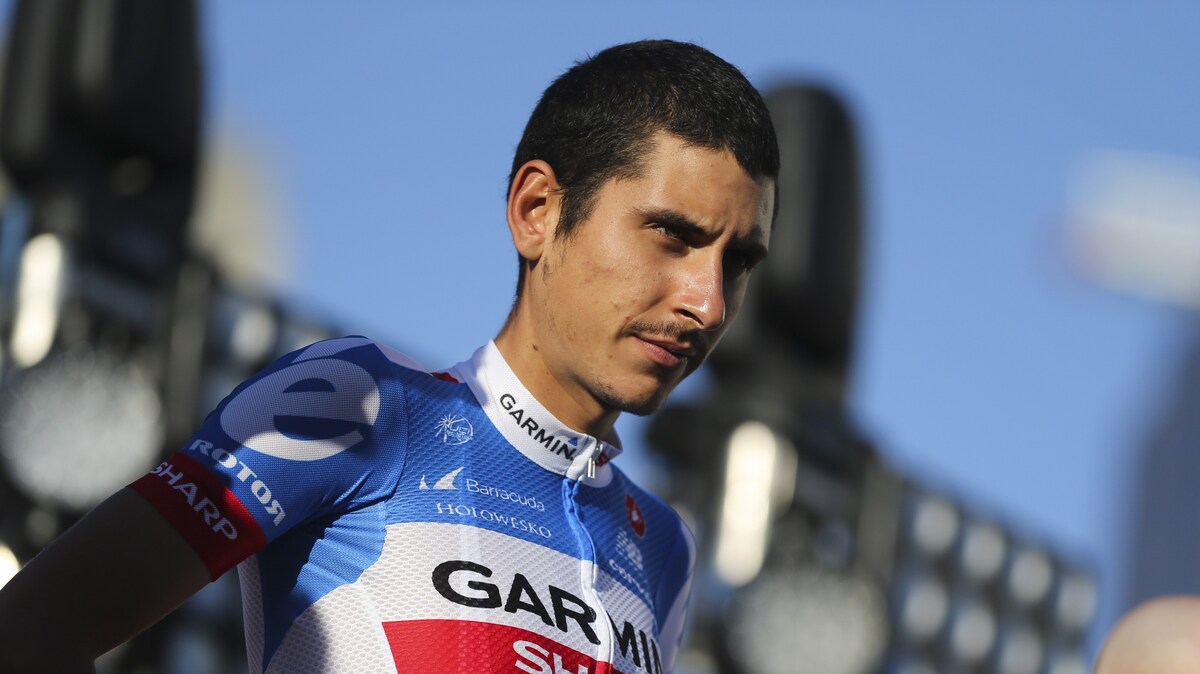 Lachlan Morton, pictured in 2014, is the latest person to set a record "Everesting" on a bicycle.

A challenge has been growing more popular in the past few months for the truly masochistic bicyclists out there: Everesting.

It's riding an elevation of the height of Mount Everest on a bicycle. Pick one hill, and go up and down, over and over again, until you've climbed 29,029 vertical feet.

Morton just broke the record for the amount of time it takes to complete the feat — he finished in seven hours, 29 minutes and 57 seconds. He did it on Saturday on a hill in Rist Canyon, near Fort Collins, Colo.

"The section I was riding was about a mile and it had 200 meters of elevation gain. And so I had to do 47 laps. And each lap was sort of more or less 10 minutes," he tells Morning Edition.

It was Morton's second Everest attempt in just a week. On June 13, he went through "42 laps of hell" on the same road, only to find out a few days later that the app tracking his ride wasn't taking the right measurements. He was actually about 1,500 feet short of the goal.

"I realized pretty quickly I was going to have to go and do it again," he says. When he officially broke the record the following week, he tacked on an additional lap, just to be safe.

Everesting has been around for several years as a challenge for hardcore cyclists. The cycling group Hells 500, who since 2014 has been the official record-keepers of Everesting, says the first known Everesting came in 1984, when Francois Siohan rode 13 laps and more than 30,000 vertical feet on the Col de la Faucille in the Jura mountains of France.

But the term "Everesting" was inspired by George Mallory — the grandson of Everest mountain climber George Mallory — who in 1994 rode on Australia's Mount Donna Buang to train for climbing the actual Everest.

In the past few months, Everesting has picked up steam. With professional and organized rides canceled or postponed because of coronavirus, some pros and pain aficionados have been looking for a challenge that can be done solo.

"Anyone can go and do it," Morton says. "It's accessible. You just need a hill."

Morton is the third person to set a speed record for Everesting just in the past several weeks. On May 11, Phil Gaimon did the first successful run in under eight hours, in California. His record was broken just four days later by Keegan Swenson in Utah, who completed an Everest in 7:40:05. And Hannah Rhodes set the women's record in England on June 4, becoming the third woman to set a world record in a span of two weeks.

Hells 500's Andy van Bergen tells NPR that before the current mountain of interest started, a typical busy month would be 120-160 submissions to the Everesting records. But last month there were 1,200 attempts and he expects the same for June.

"With so many pro riders completing an Everesting, and a lack of other things to report on, the media coverage of Everesting skyrocketed," he writes in an email. "This inspired a new generation of athletes who potentially hadn't heard of the concept to tackle the challenge themselves."

Van Bergen points to the additional option of vEveresting, using a virtual cycling setup and online software called Zwift, which allowed people to make attempts from inside their homes while under lockdown.

"The exciting thing is that while racing will eventually return, and the pro riders will stop participating, the awareness around the concept, and the pipeline of athletes wanting to take it on is now immense," he says.

NPR's Barry Gordemer produced the audio version of this story.