Accessibility links
Trump Pledges To Move Some U.S. Troops To Poland From Germany Days ahead of the Polish election, President Trump hosts Polish President Andrzej Duda to talk about defense and energy — Trump's first visit from a foreign leader since the coronavirus hit.

Trump Says He Will Move Some U.S. Troops To Poland From Germany

Trump Says He Will Move Some U.S. Troops To Poland From Germany 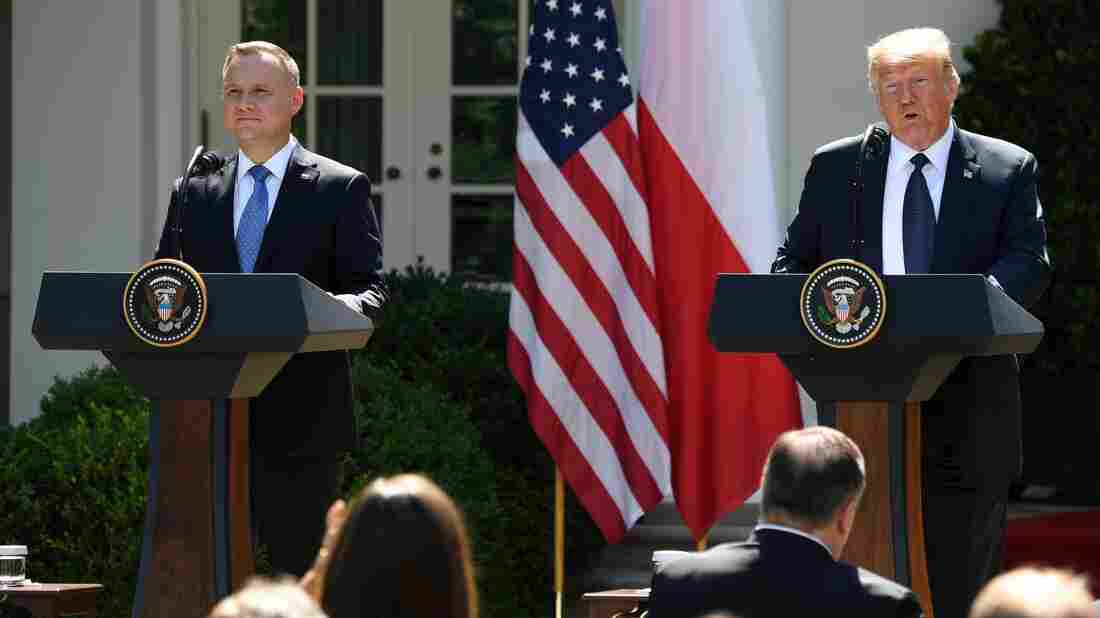 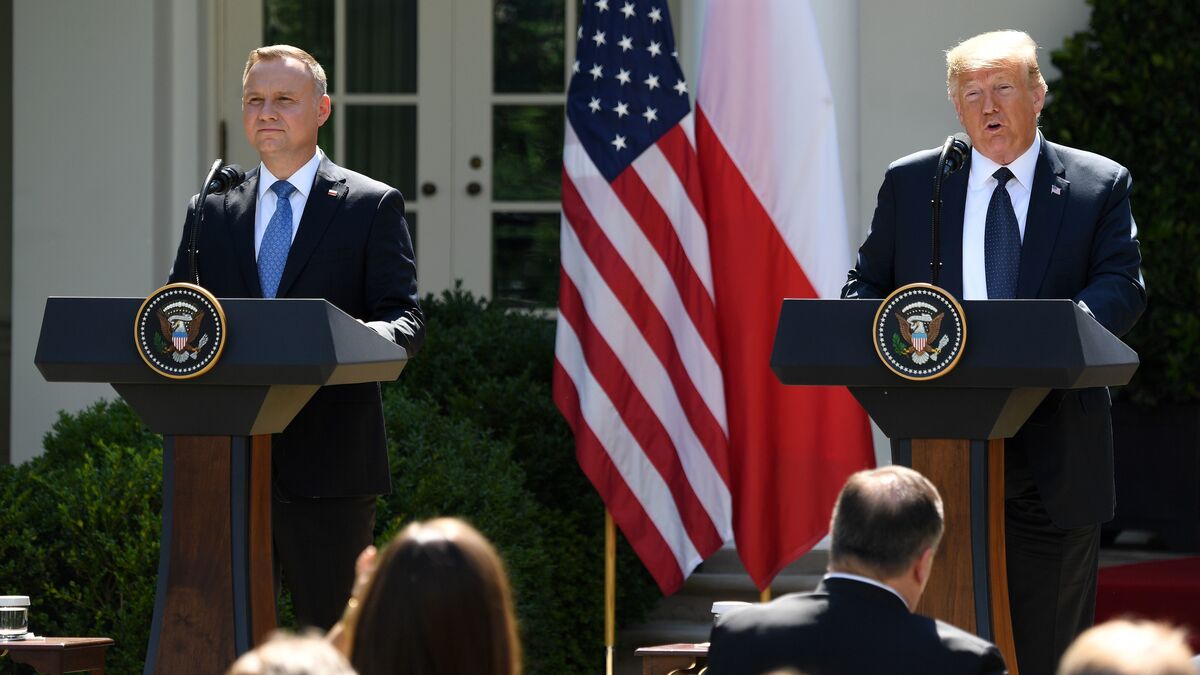 President Trump on Wednesday said he would remove some U.S. troops from Germany and relocate them to Poland and other European and U.S. locations, a reaction to his long-standing complaint that Germany falls short on defense spending obligations to NATO.

Trump made the announcement after meeting with Polish President Andrzej Duda, the first foreign leader to visit the White House since the coronavirus pandemic put a stop to normal diplomatic events in March.

"Poland is one of the few countries that are fulfilling their obligations under NATO, in particular their monetary obligations. And they asked us if we would send some additional troops. They're going to pay for that. They'll be paying for the sending of additional troops, and we'll probably be moving them from Germany to Poland. We're going to be reducing Germany very substantially," Trump said, describing about a 50% reduction in the number of troops now posted there.

Duda's visit was unusually close to the Polish presidential election, which is Sunday. Duda is an enthusiastic supporter of Trump and has promised to build what he calls "Fort Trump" to host U.S. troops in his country. Trump has previously threatened to pull U.S. troops out of Germany, though the White House had until Wednesday declined to say whether any will be moved to Poland.

The leaders brushed off criticism that the timing of the visit was meant to sway the Polish election. Duda said he was supposed to travel to Washington earlier this year but had to cancel his plans because of the pandemic. Trump said Duda was "doing a terrific job," adding, "I don't think he needs my help," and he predicted his Polish counterpart would have "a great success" in the election.

The meeting also came as Trump seeks to regain his footing heading into the November U.S. presidential election.

Trump, who had planned to campaign on his economic track record before the pandemic hit, has worked to portray the coronavirus as being behind him. He has started to try to resume a normal presidential schedule, including travel to battleground states, and even holding a large indoor rally in Tulsa, Okla., that failed to attract as many people as planned.

Polls show the Democratic presumptive nominee — former Vice President Joe Biden — with an edge over Trump. Voters have expressed concern about the way Trump has handled the coronavirus crisis and protests over racism and police brutality. And the stock market has been shaky after a new surge of coronavirus cases in many Southern states.

Trump did not talk at length about domestic issues during his short press conference, though he criticized Senate Democrats for blocking debate on a Republican-led police reform bill.