Accessibility links
DOJ Whistleblowers Allege Political Interference In Hearing Attorneys tell House lawmakers on Wednesday they perceived political influence in what is supposed to be the independent Department of Justice. 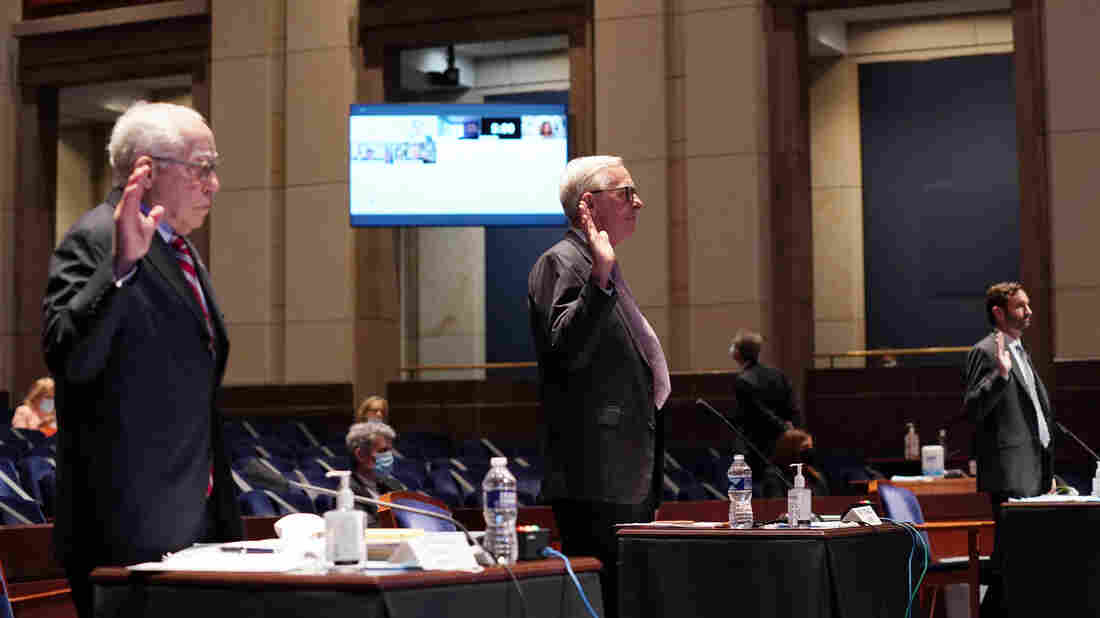 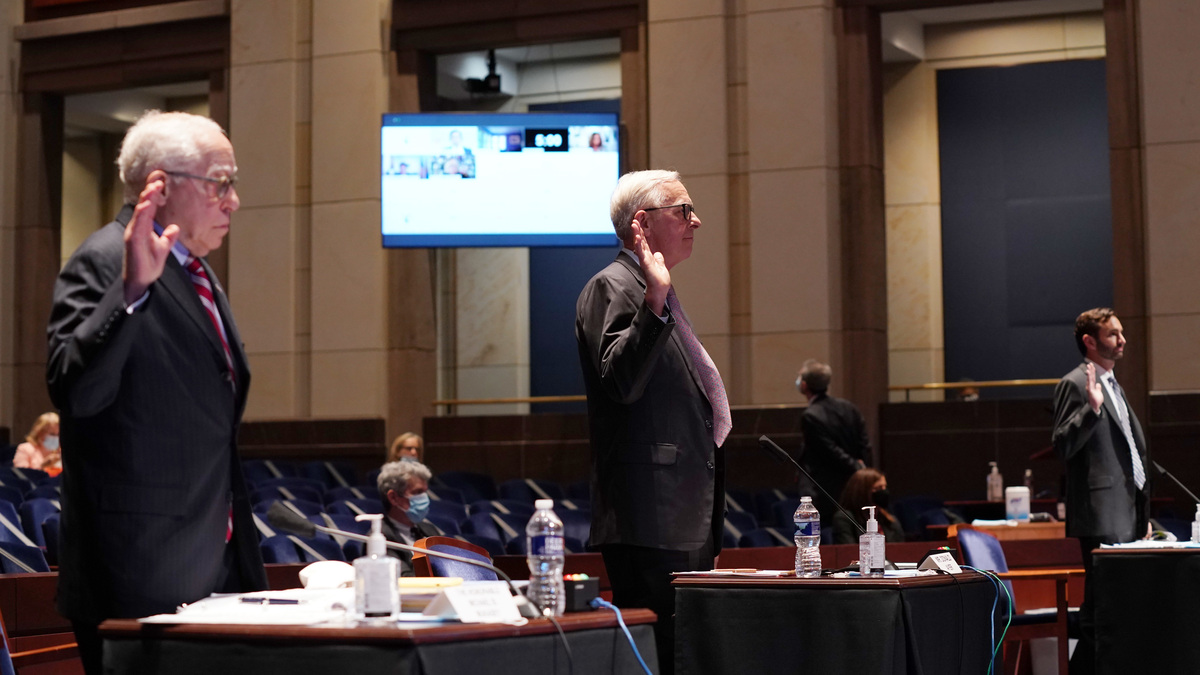 Two currently serving lawyers appeared before the House Judiciary Committee to detail their concerns, which were revealed Tuesday in written testimony they prepared ahead of time.

Prosecutor Aaron Zelinsky, who has worked at the department since 2014, told the committee that top leadership of the Justice Department leaned on the U.S. Attorney's Office for Washington, D.C., to go easy on Trump's friend Roger Stone.

"What I saw was that Roger Stone was being treated differently from every other defendant. ... This leniency was happening because of Stone's relationship with the president," Zelinsky said.

The other witness was John W. Elias, who has been a career lawyer at the Justice Department for presidents of both political parties.

Elias described what he called alleged abuse of power by the department in service of the administration's political ends — acts serious enough to prompt him to report them to the inspector general and now, to Congress.

A Justice Department spokeswoman said Tuesday the allegations were based on hearsay and subjective perceptions, not on solid facts or any personal contact with Attorney General William Barr.

Republicans on Wednesday also pressed Zelinsky about how he could know the thoughts of people above him in the department's higher echelons when he had no contact with Barr or his lieutenants.

Republican Rep. Doug Collins of Georgia argued that an internal investigation had rejected Elias' allegations of improper activity within the antitrust division. 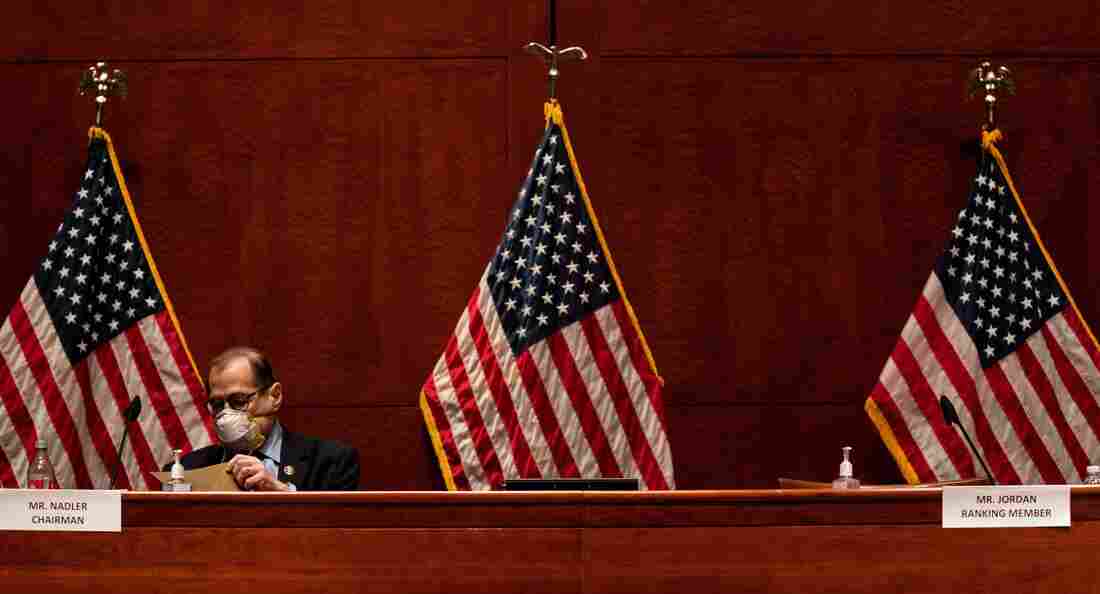 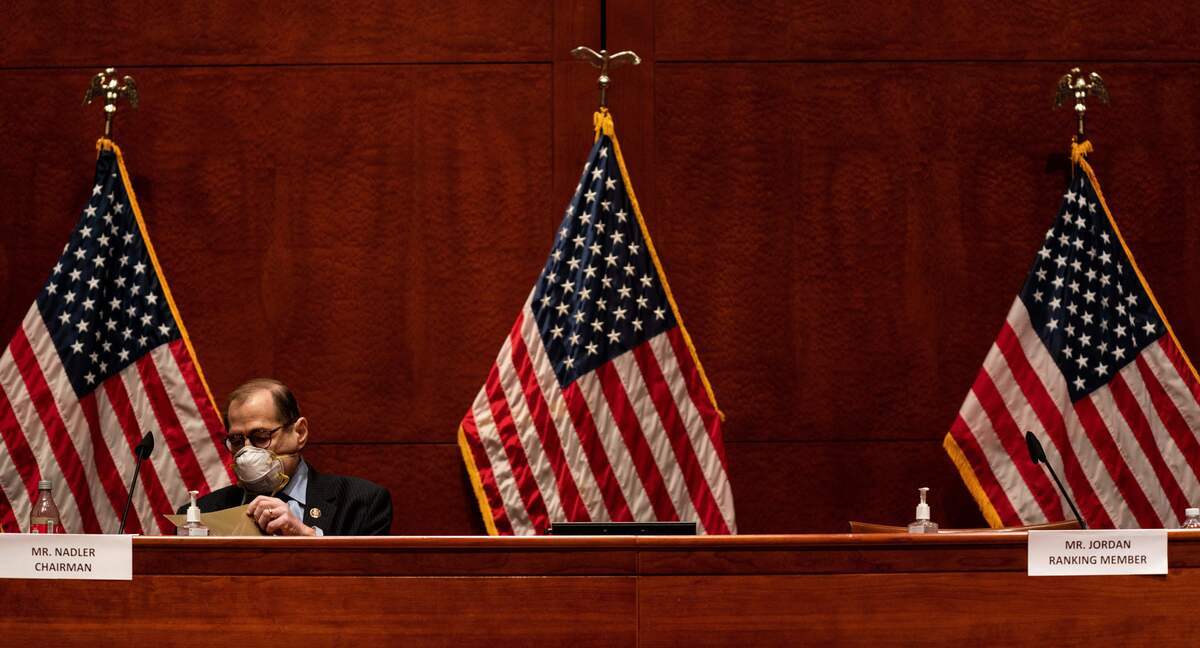 Committee Chairman Jerry Nadler, D-N.Y., excoriated Barr on Wednesday for what he called a pattern of abuse of power.

"In his Department of Justice, the president's allies get special treatment and the president's enemies — real and imaged — are targeted for extra scrutiny," Nadler said. "The needs of the people and the needs of justice are generally ignored."

Nadler faulted Barr for resisting oversight by Congress, but Justice Department spokeswoman Kerri Kupec said on Twitter during the hearing that Barr would appear before the panel next month.

The Attorney General has accepted an invitation to appear before the House Judiciary Committee for a general oversight hearing on July 28th.

Ranking member Rep. Jim Jordan, R-Ohio, said that Barr is only trying to right lingering wrongs that he said have carried over from what the lawmaker called the politicization of the Justice Department under former President Barack Obama.

"Bill Barr just simply wants to get the bottom of all this — and that's political?" Jordan said. "When the politics was in the previous administration?"

The hearing was often shrill. Members squabbled over the rules of the proceeding. When one witnesses' testimony ran over a 5-minute limit, Republican Rep. Louie Gohmert of Texas began making a tapping sound on his desk. Democrats complained they couldn't hear what was being said.

Democratic Rep. Hank Johnson of Georgia asked Nadler about ordering the sergeant-at-arms to remove Gohmert. The chairman didn't pursue that idea and recognized the next witness, but the acrimonious tone for the session continued.

Democrats returned again and again to what they called Barr's abuses and, in some cases, said he should resign or be removed. Republicans faulted Nadler's oversight and what they called his unfair procedures and also echoed Jordan's criticism about what they called the politicization of the Justice Department under Obama.