Accessibility links
Bayer To Pay More Than $10 Billion To Resolve Cancer Lawsuits Over Weedkiller Roundup Roundup's active ingredient is glyphosate, which thousands of plaintiffs blame for causing them to develop cancer. 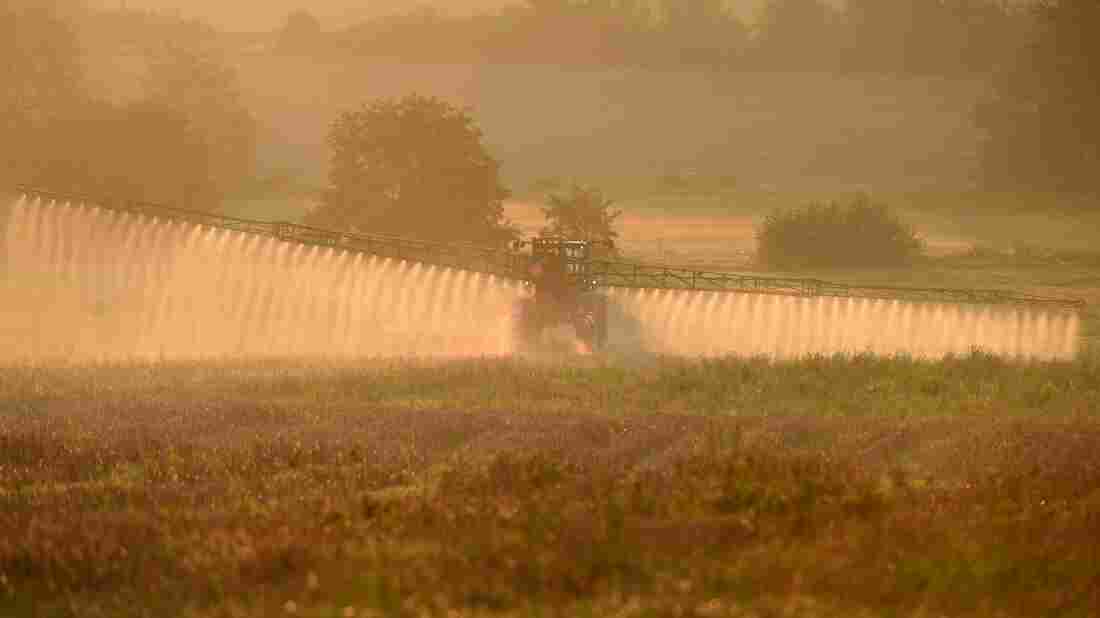 Bayer says a settlement worth more than $10 billion will resolve most of the roughly 125,000 claims the company currently faces over its Roundup product. Here, a farmer sprays the glyphosate herbicide in northwestern France in September. Jean-François Monier/AFP via Getty Images hide caption 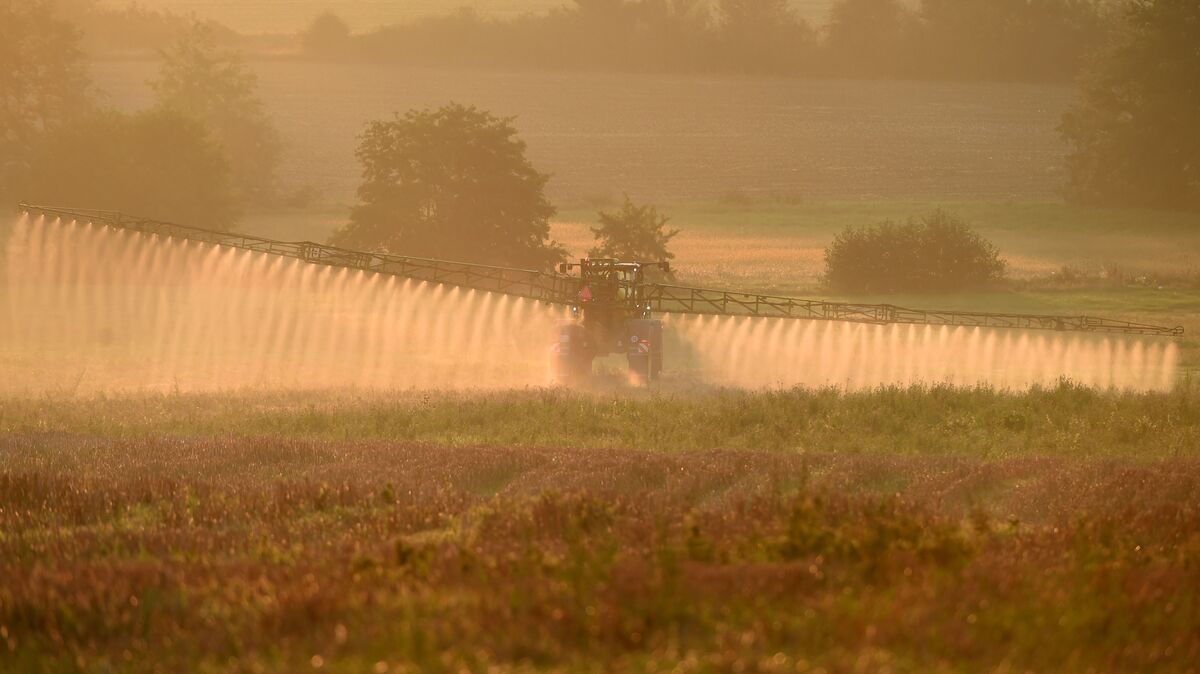 Bayer says a settlement worth more than $10 billion will resolve most of the roughly 125,000 claims the company currently faces over its Roundup product. Here, a farmer sprays the glyphosate herbicide in northwestern France in September.

Bayer will pay more than $10 billion to end tens of thousands of lawsuits filed over its Roundup weedkiller, the company announced Wednesday. The settlement also resolves many other cases over the herbicide dicamba as well as water contaminated with toxic chemicals called PCBs.

Many plaintiffs say Roundup's active ingredient — glyphosate — caused them to develop cancer. Roundup was developed by Monsanto, which Bayer bought in 2018 for $63 billion.

The decision to resolve the Roundup cases, Bayer CEO Werner Baumann said, will "return the conversation about the safety and utility of glyphosate-based herbicides to the scientific and regulatory arena and to the full body of science."

The Roundup settlement does not cover three cases that have already gone to trial and that will continue through the appeals process. In one of those cases, a California jury awarded a couple more than $2 billion in damages before a court sharply lowered that amount.

Five years ago, the World Health Organization's International Agency for Research on Cancer classified glyphosate as "probably carcinogenic to humans." Government health agencies in many countries have determined glyphosate is safe to use, but plaintiffs in more than 100,000 lawsuits say the chemical harmed them, including allegations that it caused non-Hodgkin's lymphoma.

The settlement calls for Bayer to pay from $8.8 billion to $9.6 billion to resolve current Roundup lawsuits. The company will also set aside $1.25 billion to fund payouts for potential claims in the future.

Parts of the deal are pending court approval, including from Judge Vince Chhabria of the U.S. District Court for the Northern District of California.

In addition to claims over the Roundup product, the agreement will also settle many cases filed over dicamba. Farmers say that when the chemical is sprayed it drifts into neighboring fields and gardens, inflicting broad damage there.

Bayer says it will "pay up to a total of $400 million to resolve the multi-district litigation pending in the U.S. District Court for the Eastern District of Missouri and claims for the 2015-2020 crop years" related to dicamba claims.

That portion of the deal does not include a decision from earlier this year when a jury ordered Bayer and its codefendant, BASF, to pay a Missouri peach farmer more than $250 million.

The settlement also includes some $820 million in payments over claims that Monsanto polluted public waters with PCBs, or polychlorinated biphenyls.

As State Impact Pennsylvania has reported:

"In 1979, the EPA banned the use of PCBs, but they still exist in some products produced before 1979. They persist in the environment because they bind to sediments and soils. High exposure to PCBs can cause birth defects, developmental delays, and liver changes."

Monsanto legally manufactured PCBs before halting production in 1977. The company will pay $650 million to settle local lawsuits, and $170 million to the attorneys-general of New Mexico, Washington and the District of Columbia.