Accessibility links
A Different Kind Of Pride: Perspectives On 50 Years Of Celebration, Part 4 We asked writers in the LGBTQ+ community to reflect on the relationship between Pride, music and LGBTQ+ activism. Gerrick D. Kennedy shares songs that help him stand in his power as a Black queer man.

A Different Kind Of Pride: Perspectives On 50 Years Of Celebration, Part 4

A Different Kind Of Pride: Perspectives On 50 Years Of Celebration, Part 4 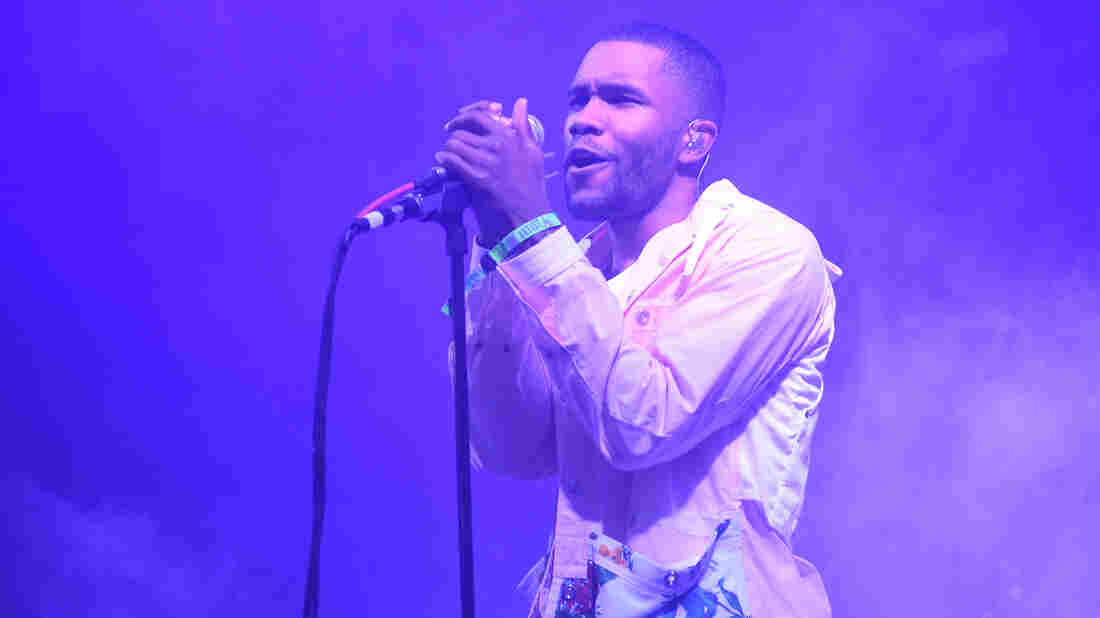 Frank Ocean's song "Nights" is on Gerrick D. Kennedy's Pride playlist, which includes songs he says "remind me to stand in my power as a Black queer man in America." Jason Merritt/Getty Images hide caption 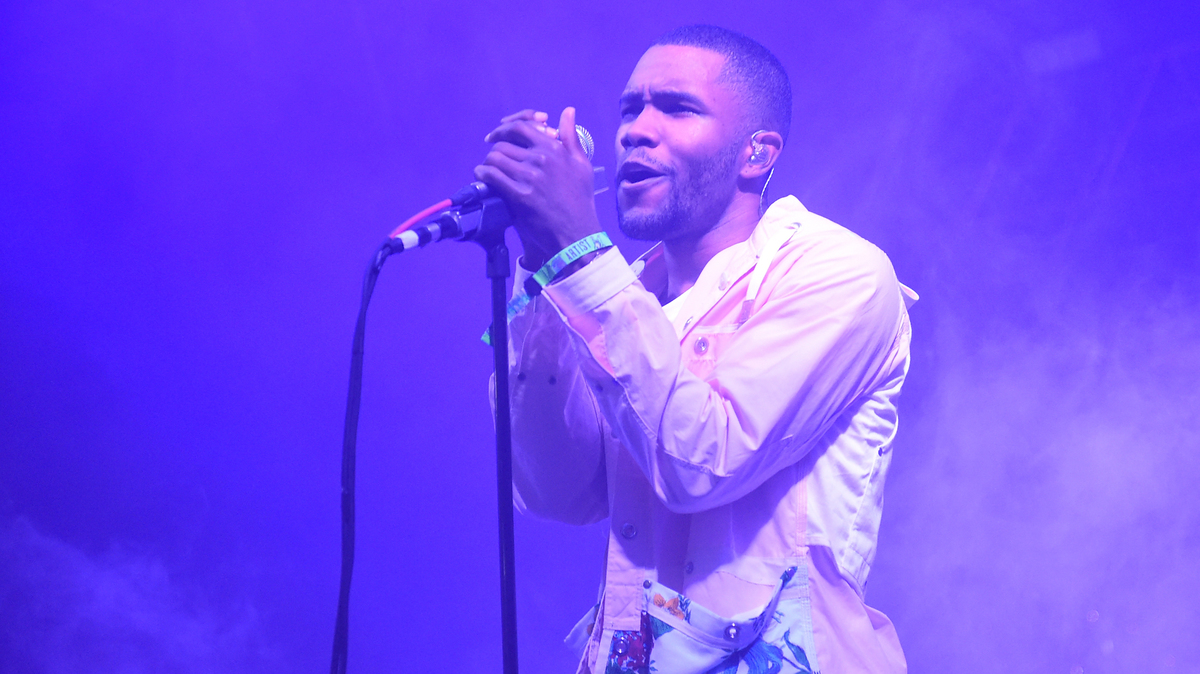 Frank Ocean's song "Nights" is on Gerrick D. Kennedy's Pride playlist, which includes songs he says "remind me to stand in my power as a Black queer man in America."

To help us unpack Pride 2020, we've gathered a collection of testimonies from music critics and scholars from the LGBTQ+ community. Each writer will discuss their relationship to Pride in this current moment and the role music plays in it, which will be gathered in a playlist at the end of the week. In today's entry, writer Gerrick D. Kennedy reflects on how Pride reminds us of the things we can't afford to take for granted.

My eyes were still puffy from crying when I pulled up to the parade. A few hours earlier, bullets had torn through a gay nightclub in Orlando, turning a night of euphoria into terror. I watched as the horrific scenes from Pulse flashed across my television before forcing myself to turn away. I needed to be in West Hollywood by sunrise for the Pride parade. Between fits of sobs, I showered, got dressed and called an Uber — my grief temporarily soothed by the novelty of seeing plumes of rainbows trailing the cars in the app.

I'd been to many Prides. My first was in Lansing, Mich., while interning at the local paper there. I didn't know anybody in town except for the people I worked with and so my editor — who is queer and one of the coolest mentors I've ever had — took me with her and her friends. I'd never seen so many queer, trans and gender-nonconforming people in one place, celebrating and lifting up one another. It was the first time I felt free as a young Black queer man and the most fun I had that entire summer.

I've felt the exhilaration of dancing in the Village during NYC Pride and the gut punch of a stranger shouting a slur at me and my friends at one of the small festivities my conservative Midwest hometown somehow manages to throw. I had never seen drag performers in real life before my first Pride and it was at Pride where I discovered the fierceness of Le1f, Big Freedia and Mykki Blanco—some of the dopest queer acts out there. Some of my favorite memories at Pride are being shoulder to shoulder in a crowd dancing to performances from superstar allies like Carly Rae Jepsen, Lil' Kim and Brandy. But celebrating Pride in the hours after Pulse was different. The weight of grief completely stripped me of the excitement that flowed through my body for weeks leading up to the parade. This would be my first time volunteering for the parade and I was honored to work with my queer colleagues on a float showcasing news coverage of various LGBTQ+ milestones, but none of that was on my mind.

Excitement was replaced by fear and anxiety, a feeling amplified when my mother called me — her voice riddled with panic. She'd seen the news in Orlando, and there were now reports that LAPD had apprehended a man on his way to LA Pride with a car load of firearms, ammo and explosive-making material. I calmed her, but the truth is, I was afraid. For the first time in my life, I was afraid to be at Pride.

Like many millennials, I've taken Pride for granted. I rarely thought about the uprisings at Compton's Cafeteria or Black Cat Tavern or Stonewall and the courage of those who put their lives on the line to lead our community to liberation through a movement that resulted in many of the freedoms my community has benefited from.

I arrived to LA in my early 20s. The commercialization of Pride had already turned it into a corporate-sponsored bacchanalia and I watched as more and more brands came to the party. Pride no longer felt like a celebration of our triumphs or a remembrance of our ancestors who fought and died for our right to live and love freely. Now it was about who threw the biggest festival with the hottest pop acts and what companies gave out the best swag.

Pride started to feel like a war between the haves and the have-nots. There were now plush VIP sections sponsored by airline conglomerates and credit card companies, accessible via the privilege of knowing the right person or paying a premium. Queer artists were relegated to smaller side stages in favor of heterosexual pop stars who were big draws in our community, but who were maybe not always as vocal about fighting for our rights as we were about our devotion to them. Nights dedicated to our trans and lesbian communities were shortened in favor of ticketed events. And far too often, men of color like myself found themselves sharing space with the same white cis men who fetishize our culture while putting "No fats, no femmes, no blacks, no Asians" on their Grindr profiles. Eventually, I felt too old for the party and stopped going to Pride altogether.

I've struggled to interrogate what Pride means now, in the midst of a global pandemic. We've lost more than 120,000 people in the States and that number races higher by the day. Millions of us are without jobs and no real idea of when we may return to work. The way we live and share community has shifted dramatically, possibly forever. And just as we began adjusting to whatever this new normal is, a rash of police violence sent folks back into the streets to march and continue the fight for Black lives.

These last few weeks of quarantine have shown us the power of movement. We've watched as millions of Black and Brown folks from all across the globe have taken our collective grief over the killings of George Floyd and Breonna Taylor and Ahmaud Arbery and Sean Reed and Tony McDade and jumped to action. People are spending their waking hours committed to organizing or risking their lives to march in the streets and face violence from cops acting with impunity.

I'm inspired by the fire and brilliance of the movement leaders pushing us toward transformative change and I have hope that we can dismantle the systems keeping state-sanctioned violence and institutionalized racism alive. But I'm also reminded of how much work we still must do for Black trans sisters and brothers and gender-nonconforming folks to feel included. The fight isn't over until all of my community can know a world free of violence.

The fear I felt at Pride in the hours after the Pulse shooting was short-lived. As our float cruised down Santa Monica Boulevard, I saw hundreds of thousands of queer, trans and gender-nonconforming folks lifting each other up. I thought about my ancestors that fought for the joy I felt in that moment as a proud Black queer man standing in my truth, floating above the crowd. I took the aux cord and plugged it into my phone and hit play on Beyoncé's "Freedom." The words were an offering to them and a reminder to those we just lost that our fight isn't over: "I break chains all by myself / Won't let my freedom rot in hell ... I'ma keep running, 'cause a winner don't quit on themselves." Even though I feel far too old for the party, I'll never take Pride for granted again.

Here's my mini-playlist of records that remind me to stand in my power as a Black queer man in America.

Gerrick D. Kennedy is a cultural critic and author whose work has appeared in GQ, Playboy, Cultured Magazine and The Los Angeles Times. Follow him on Twitter @GerrickKennedy.

This is the forth entry in a week-long series of letters by music writers in the LGBTQ+ community. Read the next letter here.