Accessibility links
Supreme Court Sides With Trump Administration In Deportation Case The 7-2 decision could have major consequences for thousands of people seeking protection from violence and persecution in other countries. 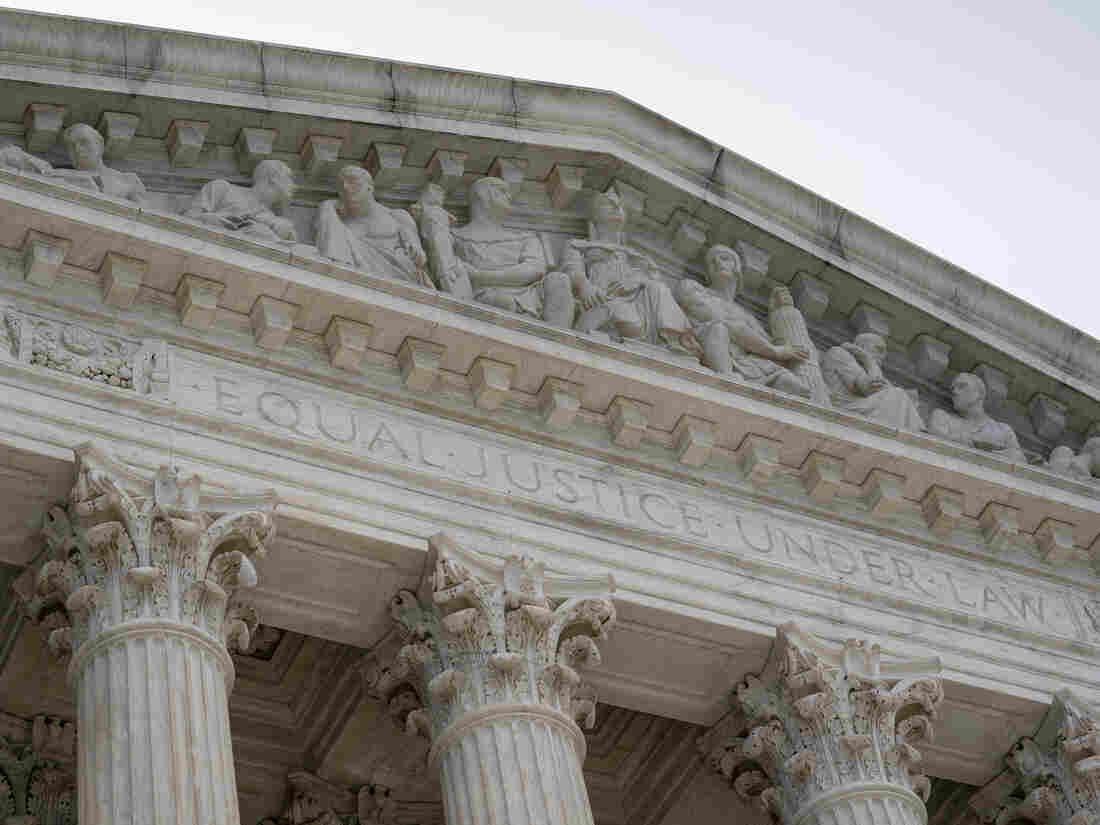 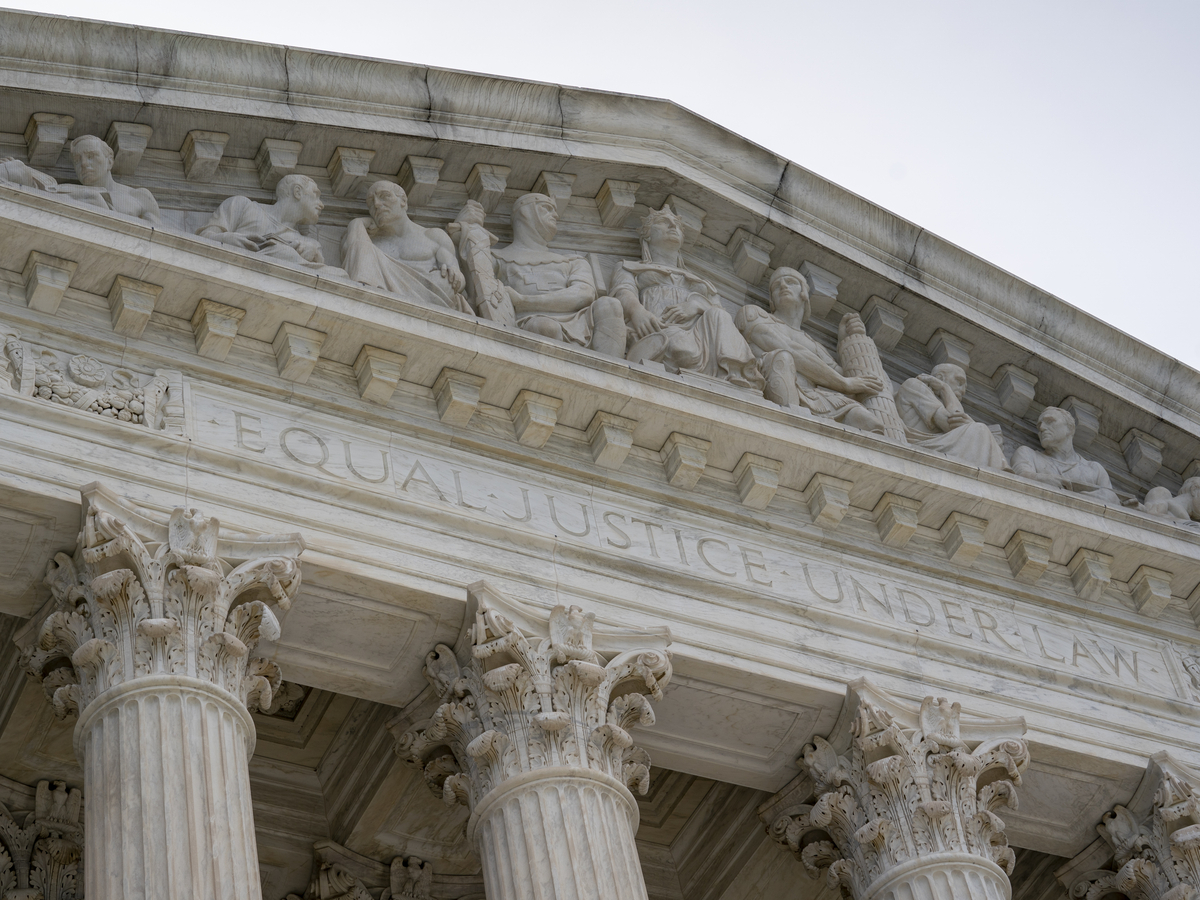 The U.S. Supreme Court handed the Trump administration a major victory on a signature issue Thursday, ruling that asylum-seekers whose claims are initially denied by immigration officials have no right to a hearing before a judge.

The decision authorizes the Trump administration to fast-track deportations for thousands of asylum-seekers after bare-bones screening procedures.

Immigrants who make a claim for asylum must initially prove to immigration officials that they have a "credible fear" of persecution in their country of origin to proceed with the full asylum process. If they fail, they can be deported without ever having the opportunity to make their case in court.

That's what happened to Vijayakumar Thuraissigiam, the subject of the case. Thuraissigiam is a Sri Lankan farmer who sought asylum, telling immigration officials that he had been abducted from his fields, arrested, blindfolded by men in a van, interrogated and beaten so badly with wooden sticks that he spent 11 days in the hospital.

Thuraissigiam is Tamil, an ethnic minority that has long been persecuted by the majority Sinhalese government in Sri Lanka. His abduction fits a pattern of similar violence carried out against Tamils there. After he fled his country, he journeyed for seven months to get first to Mexico and then the United States to seek asylum.

Thuraissigiam's case illustrates the speed of expedited deportation proceedings that have become routine. Following a quick hearing with no lawyer present, an immigration officer said he believed Thuraissigiam's account of the violence he suffered but ultimately denied his claim for asylum because Thuraissigiam could not specify who arrested him or why.

After a 13-minute hearing, an immigration judge — an executive branch officer, distinct from a traditional judge — upheld that decision. And so, a month after his arrival, Thuraissigiam was ordered deported back to Sri Lanka.

The 9th U.S. Circuit Court of Appeals intervened on Thuraissigiam's behalf, declaring that asylum-seekers have a right to petition for habeas corpus in federal court to challenge their expedited removal order. The right of habeas corpus guarantees the ability to go to court to challenge one's detention. The 9th Circuit said that depriving Thuraissigiam of an opportunity to seek review of his removal order violated the Suspension Clause of the Constitution, which permits Congress to suspend the right of habeas corpus only in times of invasion or rebellion.

But the Supreme Court disagreed, with Justice Samuel Alito writing the opinion for the conservative court majority. He said that neither the right of habeas corpus nor the right to due process of law requires a hearing before a judge for those turned down in their initial asylum screenings. This framework, he said, was properly authorized by Congress in a 1996 law aimed at speeding deportations at the border.

The vote was 7-2, but Alito's opinion was joined only by the court's four other conservatives — Chief Justice John Roberts and Justices Clarence Thomas, Neil Gorsuch and Brett Kavanaugh.

Two of the court's liberal justices — Stephen Breyer and Ruth Bader Ginsburg --agreed that Thuraissigiam's removal order was proper but said that the opinion's reasoning and language swept too broadly.

"I agree that enforcing those limits in this particular case does not violate the Suspension Clause's constitutional command. ... But we need not, and should not, go further," Breyer wrote. He warned that the majority opinion's broad language could lead to "difficult questions" in the future, such as whether an immigrant who has been in the country for several years may also be deprived of her day in court.

"Today's opinion handcuffs the judiciary's ability to perform its constitutional duty to safeguard individual liberty," Sotomayor wrote. "Our constitutional protections should not hinge on the vicissitudes of the political climate. ..."

Thuraissigiam's attorney, Lee Gelernt of the American Civil Liberties Union, said that the Trump administration has reined in asylum officials and immigration judges with such restrictive guidelines that protections for asylum-seekers have been "eviscerated." If all of these "sweeping changes to the asylum laws" are upheld, Gelernt said, "there will essentially be no asylum at the southern border."

Doris Meissner, who served in top positions at the Immigration and Naturalization Service during the Reagan and Clinton administrations, twice heading up the department, said that Thursday's ruling is not a significant departure from past practices. But she added that the way the Trump administration has carried out the screening of asylum-seekers has been a dramatic departure from practices in previous administrations, effectively making it impossible for people to win asylum in even the most dire situations.

"I would say that asylum by now pretty much exists in name only," she said.

That, she added, will be underscored by a new rule to be issued by the Trump administration Friday. The new rule will bar asylum-seekers who have survived their initial screening from working while their claims are processed. Under the current rule, asylum-seekers may obtain work authorization after they have been in the country for six months, while they to wait for a final determination, which often takes years. Under the new rule, no such authorizations will be issued.

Thursday's Supreme Court decision delivered an important win to the Trump administration, even as it licked its wounds from a dramatic loss last week at the court in the Deferred Action for Childhood Arrivals, or DACA, case.

The Department of Homeland Security heralded Thursday's decision. In a statement, the department called the result "an important victory for enforcement of the immigration laws."